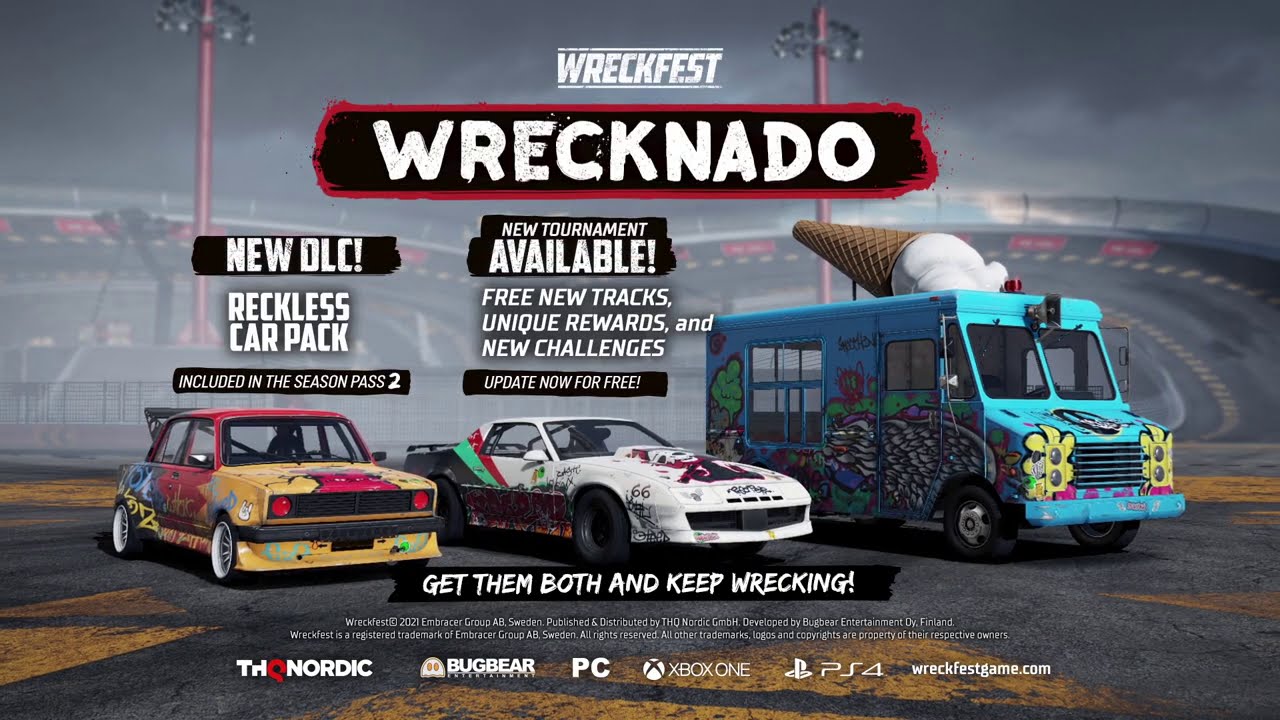 The Wrecknado track features high banked loops for maximum mayhem, feeding racers into the middle of a vortex of destruction. You will need to take control of the new Gorbie DLC car and create as much destruction as you possibly can, while racing to victory at the same time.

As mentioned, the team has released another patch to go along with the latest updates. Check out the patch notes below.