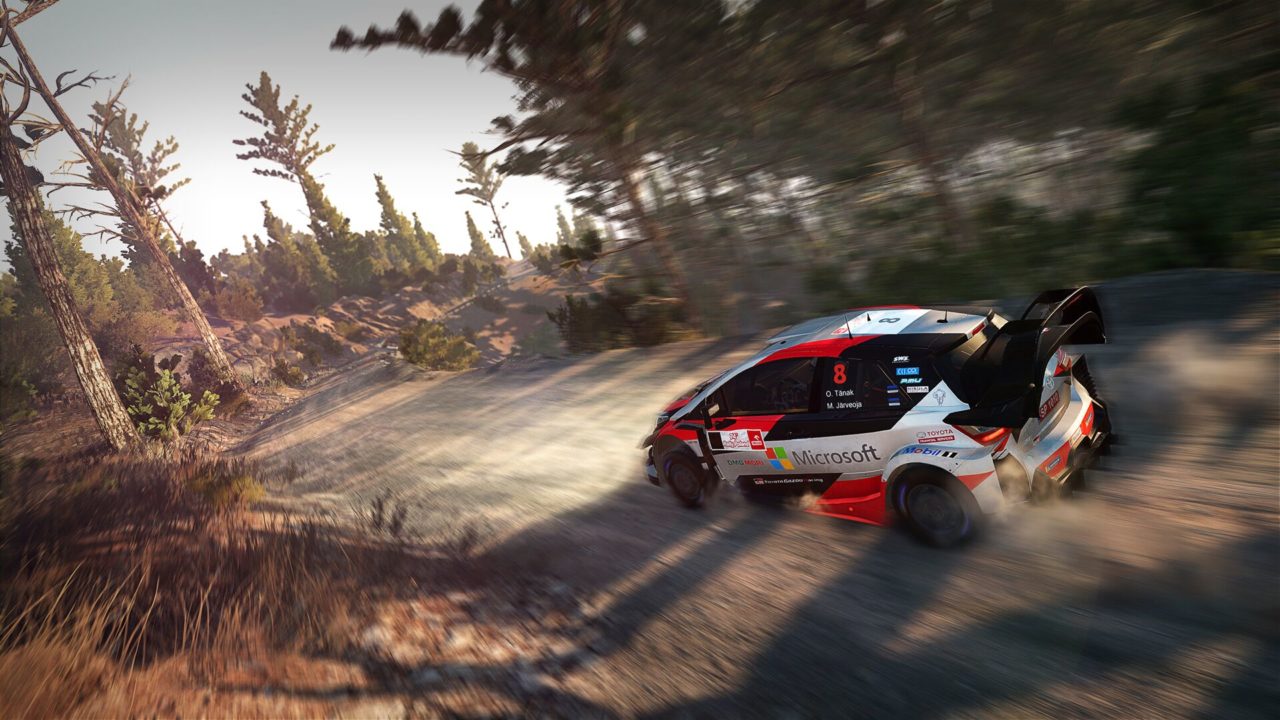 After a two- year absence, Bigben and Kylotonn are back with the officially licensed FIA series game, WRC 8. By incorporating community feedback, the developers hope to deliver a realistic and immersive experience, and an experience that many have been waiting for from the series. It is always hard to take entrenched series such as WRC in a new direction, but that is the goal of Kylotonn. Now the obvious question is, have they succeeded? 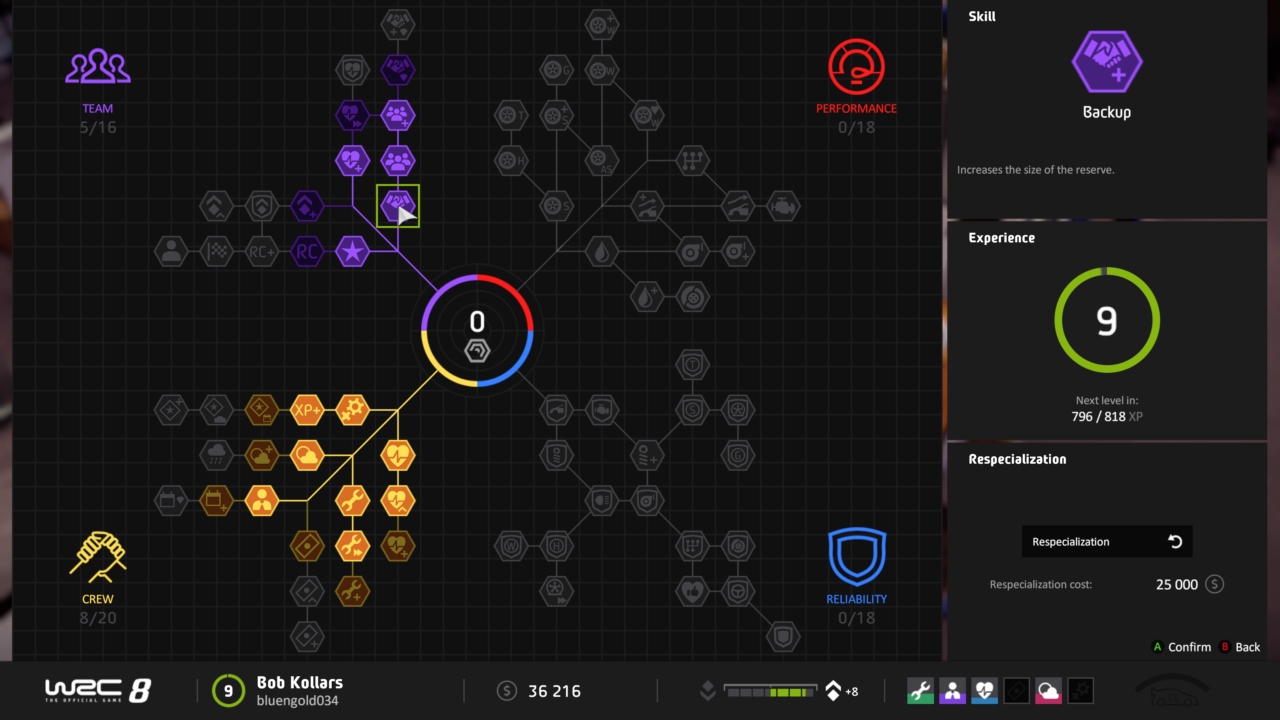 Regardless of whether you are a die-hard fan of rally racing or simply a novice, the career mode in WRC 8 does a splendid job of walking you through the stages of your career without losing you, and does so in a timely fashion that should in no way be a detraction for veterans of the series. Gamers will find themselves starting as an inexperienced driver in the Junior WRC circuit with the hopes of making their way to the top of the WRC ladder. 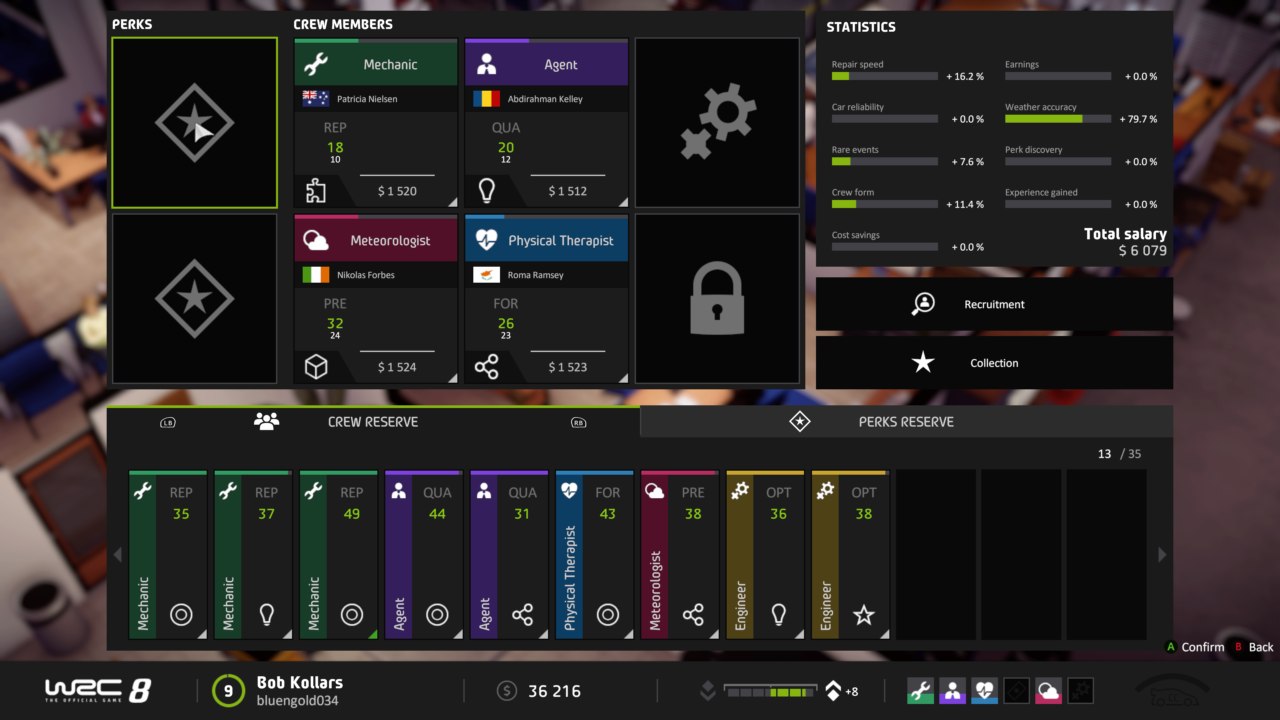 Once your career has started, you are forced to deal with the hard truth that there is more than just racing in a racing career. You will need to progressively acquire and sign six crew members on your staff, a staff that includes the likes of a mechanic, engineer, meteorologist and more. Each crew member plays an integral part in preparing and helping maintain your path to success. The reason the quality of your crew is so important is because during stages you have limited time and resources to fix your car. The better the team, the better the results. 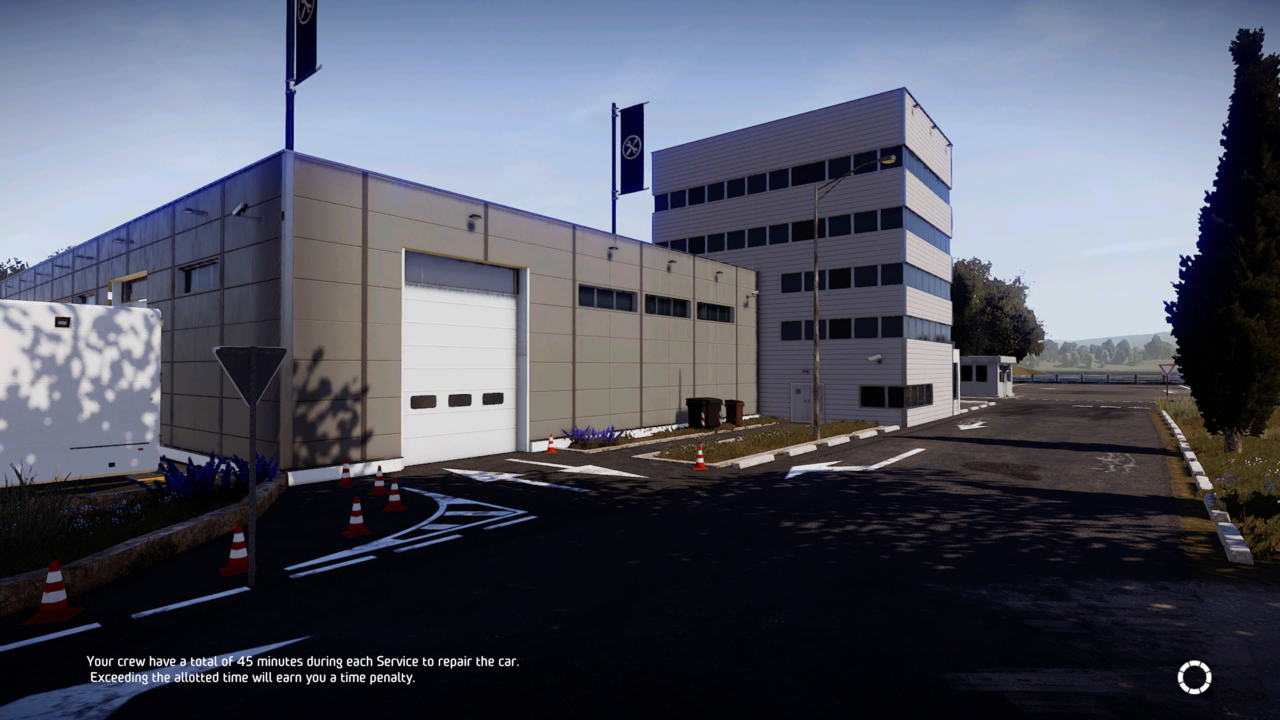 Not only do you need to keep your crew’s morale and bank account happy, but you will also need to accomplish different objectives throughout your career, both short and long term, to keep the relationship with your manufacturer in good standing. To help keep all of this moving forward, the game provides a research and development tool that allows you to upgrade many facets of your racing career to ensure things keep trending upward. 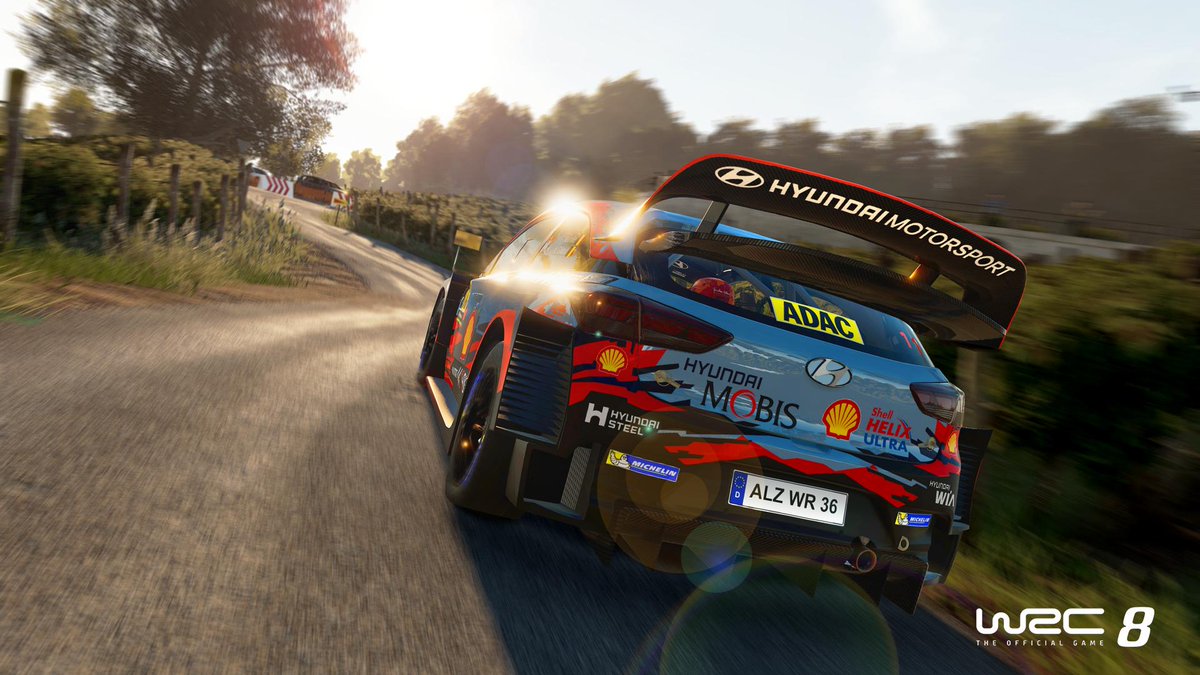 The game was reviewed on an Xbox One X and a BenQ monitor, and the combination of those two provided beautiful results. From lush and photo-realistic surroundings to dynamic weather, WRC 8 is stunning to take in at times. 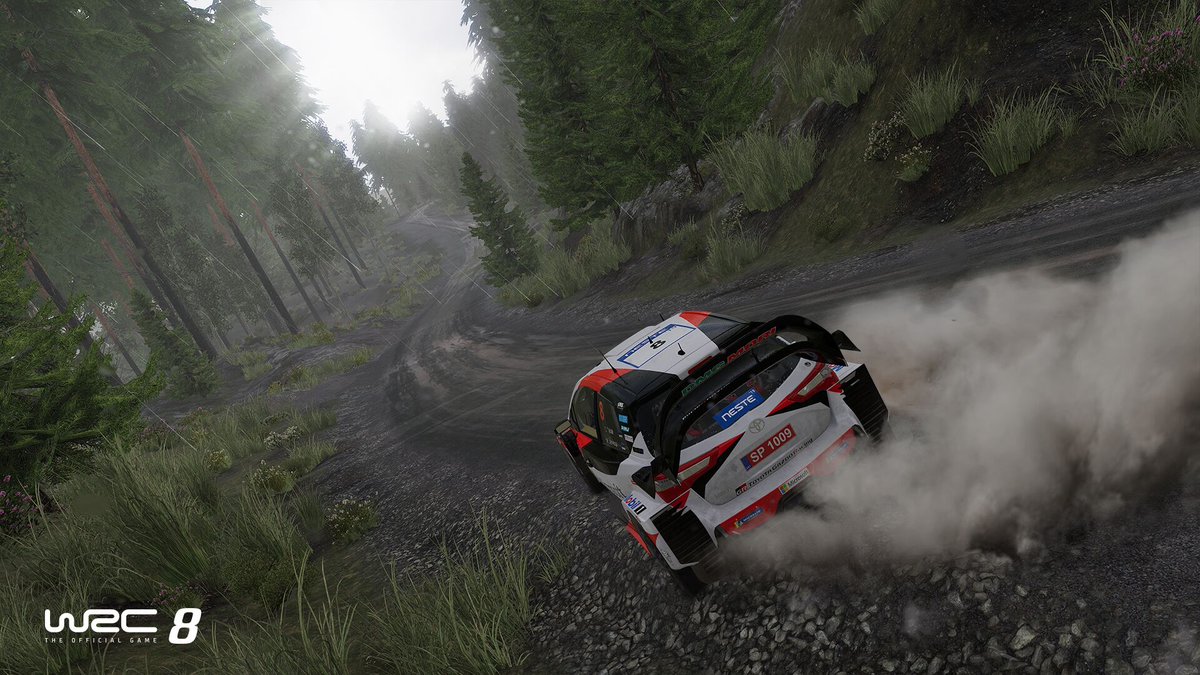 From the fast and narrow roads of Sardegna to the snow-covered mountains of Sweden, WRC 8 delivers an exceptional racing experience that goes beyond the wheel. Sadly, one has very little time to take in the landscape as the game requires such focus, but it is rendered beautifully and helps create an environment that is steeped in immersion.

The controls and handling in WRC 8 are a substantial improvement from what we saw in the previous installment. Yes, the handling will still have you pulling your hair out and seeking therapy, but in a fun, realistic way. The controls of your vehicle in WRC 8 feel much more natural, and the frustration one feels in the racing feels like it’s derived naturally from the racing scenario, and not from the controls themselves. 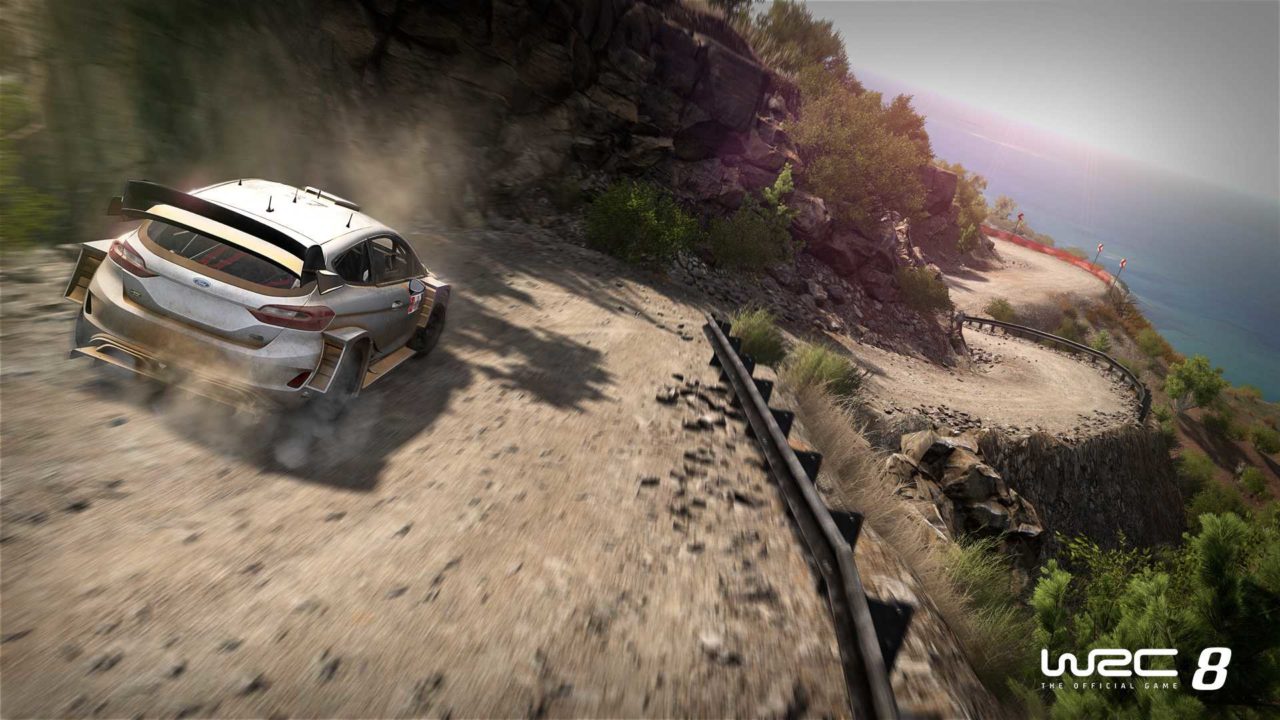 The game was tested on an Xbox Elite controller and played on straight default for the review. If you are not a fan of the original layout and scheme, the developers have provided numerous ways for you to adjust the control layout and sensitivity to your liking. In the end, the controls feel solid and help deliver an authentic experience while attacking the myriad courses, layouts and challenges.

It feels strange listing “user focus” as something that I loved about a racing title, but here I am doing just that. WRC 8 has moved the needle from accessibility towards realism, and with that adjustment comes the absolute need to focus on the task at hand. 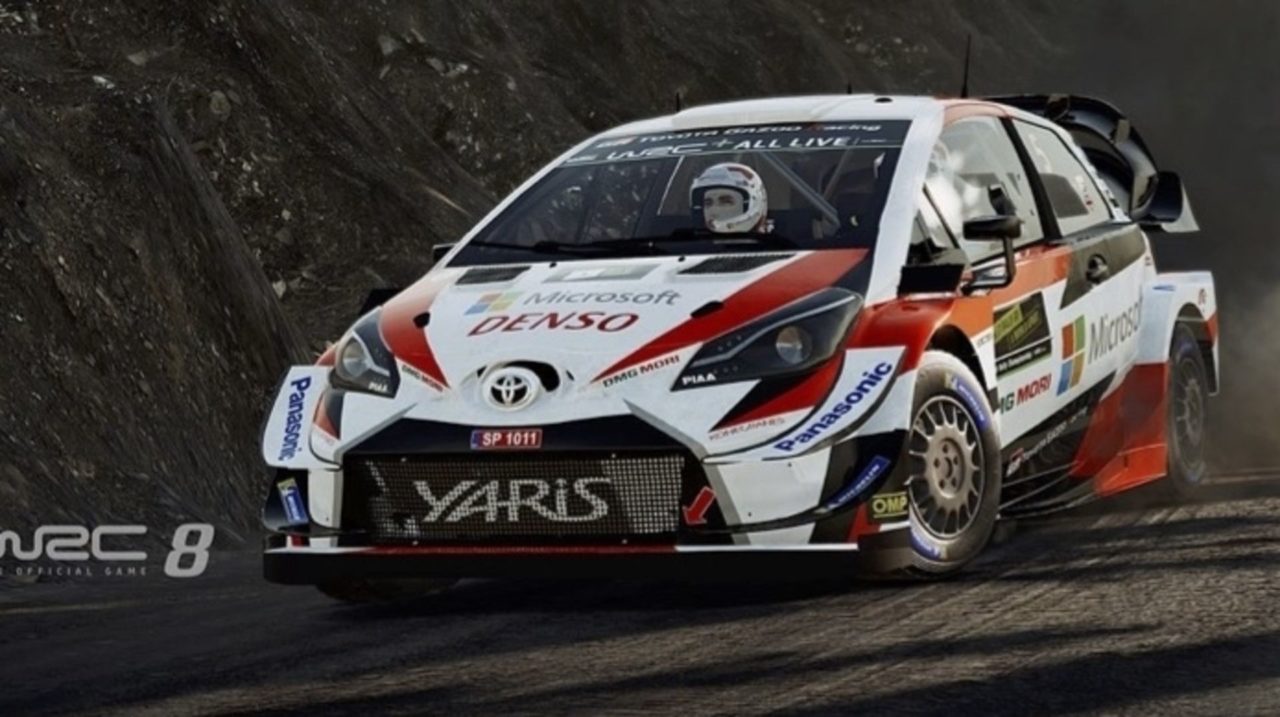 You will often find yourself having to multitask while racing as you listen to your co-driver, clean the windshield and fiercely pay attention to your surroundings. It can be a bit overwhelming at times, but rarely has a racing title required such focus to be successful, and I loved every single minute of it.

For being the official FIA World Rally licensed game, the developers do not do enough to deliver that message within the title. On top of the lack of licensing promotion, the game does very little elsewhere to draw you into the world of rally racing. When you enter an event, whether career mode, season mode or quick play, you will get a handful of repetitive splash screens and quick intro videos for the course that do very little to promote the idea that you are part of the living, breathing FIA World Rally world.

There could have been so much more done here to utilize the official FIA licensing, and excellent course and environments, but instead the presentation does very little to move the immersion needle forward. I understand WRC 8 is a bit of rebirth or the genesis towards a new direction with the franchise, so hopefully we will see presentation receive some more attention in future iterations.

As I mentioned previously in the review, the WRC series has moved towards realism, and in doing so may have shut the door on a few fans who are not familiar with the racing style required in rally racing. This is not the intent of either Bigben and Kylotonn, and realistically should attract more fans of the sport, but it’s a fine line to walk for sure.

WRC 8 is a demanding and challenging title to learn the nuances of and can be quite frustrating, especially on the higher difficulty levels. I welcome the aggressive move towards realism in handling and difficulty, but please understand the challenge that awaits you in the latest rally offering from Bigben and Kylotonn. It was hard to list this as something I didn’t like because it’s more of an alert to newcomers to the title and genre than an actual indictment on the developers and the game itself.

The two-year absence was a bit of a gamble, but the new direction has paid off handsomely for Bigben and Kylotonn. They have delivered an authentic experience that has pushed me to the edge of insanity at times, but in a fun way. The career mode is deep, the graphics are beautiful and the handling is extremely well done. I’ve mentioned the learning curve as being a steep one, and it most surely is, but it is well worth the required investment of time and effort it takes to gain a firm grasp of the overall experience that awaits you in WRC 8.