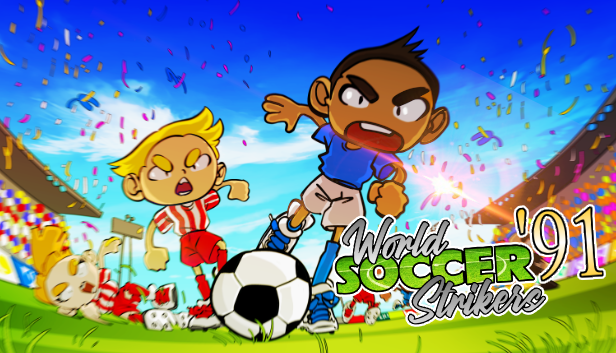 When we talk “physics” here we’re not talking about them in the same vein as we would FIFA or PES. Instead, when Bipolar Dawn talks physics it’s down to how free the ball is during open play, especially dribbling where the ball doesn’t stick to your feet like in other indie soccer games. Bipolar calls it “magnetic feet” but the freedom you enjoy while playing really creates varied gameplay.

Passing exudes freedom as the standard ground pass doesn’t lock on to a target. Instead, it is determined by how much power you choose and what direction your left-stick is aimed. Full manual (FUMA) fans should take extra satisfaction from the passing mechanic as it offers less assists than your standard AAA soccer title. 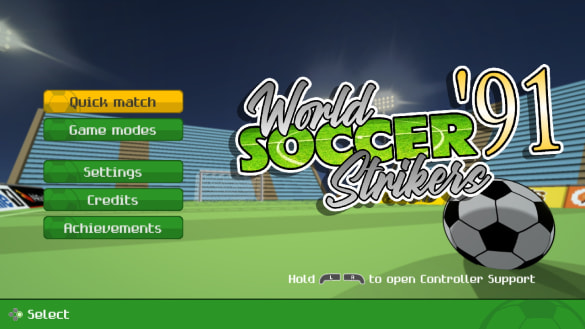 For a game that costs $6, there are a good variety of ways to enjoy the game. There are leagues, tournaments, play now matches, and even a practice mode available for you to play. Furthermore, there’s an unlocking system where the more you play the more teams you unlock. This is a nice little incentive for players who like working towards an end goal. I spent most of my time in tournament mode working towards winning one, but wasn’t very successful due to my limited time with the game.

Easy To Pick Up Yet Hard To Master

The controls being fairly straightforward gives you a false sense of confidence. When you get into a game for the first time, you think that you’ll immediately be able to play some beautiful tiki-taka football only to find out the passing and ball freedom means that you’ll have to really master the game’s mechanics if you want to excel at it. 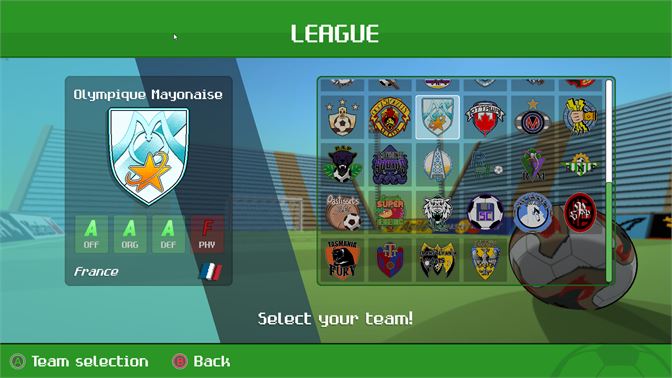 With no official licenses, whether those be clubs or players, Bipolar Dawn got a little creative with the team names, and I’m here for all of it. Borussia Teeth, Saint Petersburg Stampede, Olympique Mayonaise, Golden State Grahams, and Expected Toulouse are some of my personal favorites. Even managers are in the game, but instead of real names like Jurgen Klopp they are “Gegenpress,” an ode to Klopp’s famous tactics. 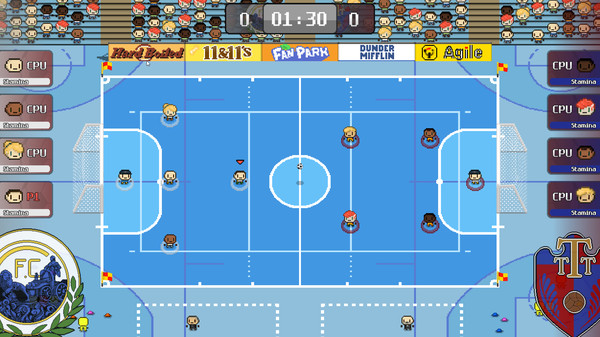 With the ball not being able to go out of play, there are frequently times where the ball sort of gets stuck in the corner and you’re caught up in a button mash that looks like five year olds crowding around the ball. Eventually the ball will wiggle free, but it happens often enough to be more than just a minor annoyance.

Not Much Long-Term Value

Games like World Soccer Strikers ‘91 aren’t meant to be enjoyed in the same vein that a Football Manager title would be. For less than $6, the game is meant to be enjoyed in spurts, as evidenced by the short match lengths that let you fly through tournaments fairly quickly. Considering that you could complete a tournament in less than 15 minutes and a league in less than 30, there really isn’t much to bring you back unless you’re an achievement hunter. The achievements are pretty diverse and fun to hunt, but even those can become mundane after a bit.

The Ball Can Be Hard To See At Times

With 3-D player models where you can primarily only see the players’ faces, the ball can be hard to pick up at times. It’s a little small in size, and with the freedom it exhibits it can be hard to keep track of the ball, especially when it gets stuck in the corner as I previously mentioned above. Since it doesn’t get stuck to your feet like most indie soccer games, Bipolar could benefit from making the ball a tad bit bigger. 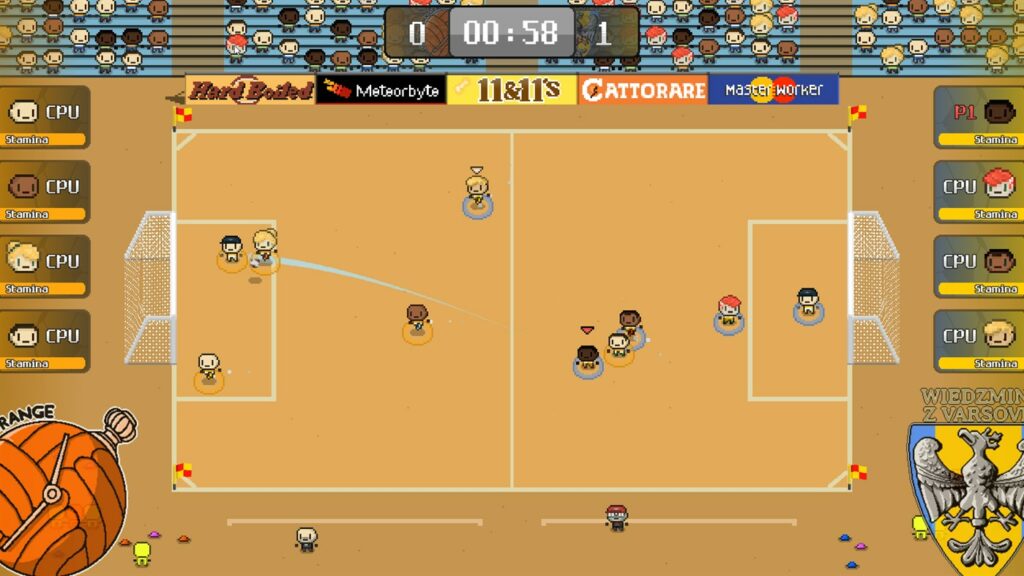 When it’s all said and done, World Soccer Strikers ’91 is a fun game, but like a lot of indie soccer titles, lacks sufficient depth and long-term value to warrant a purchase for any serious soccer fans. Even at its cheap price ($6), there isn’t enough here to keep you coming back once you win a tournament or league. While I appreciate the approach and attempt to create a footy game with true freedom, there are just too many other indie soccer games that offer deeper gameplay with just as much fun.