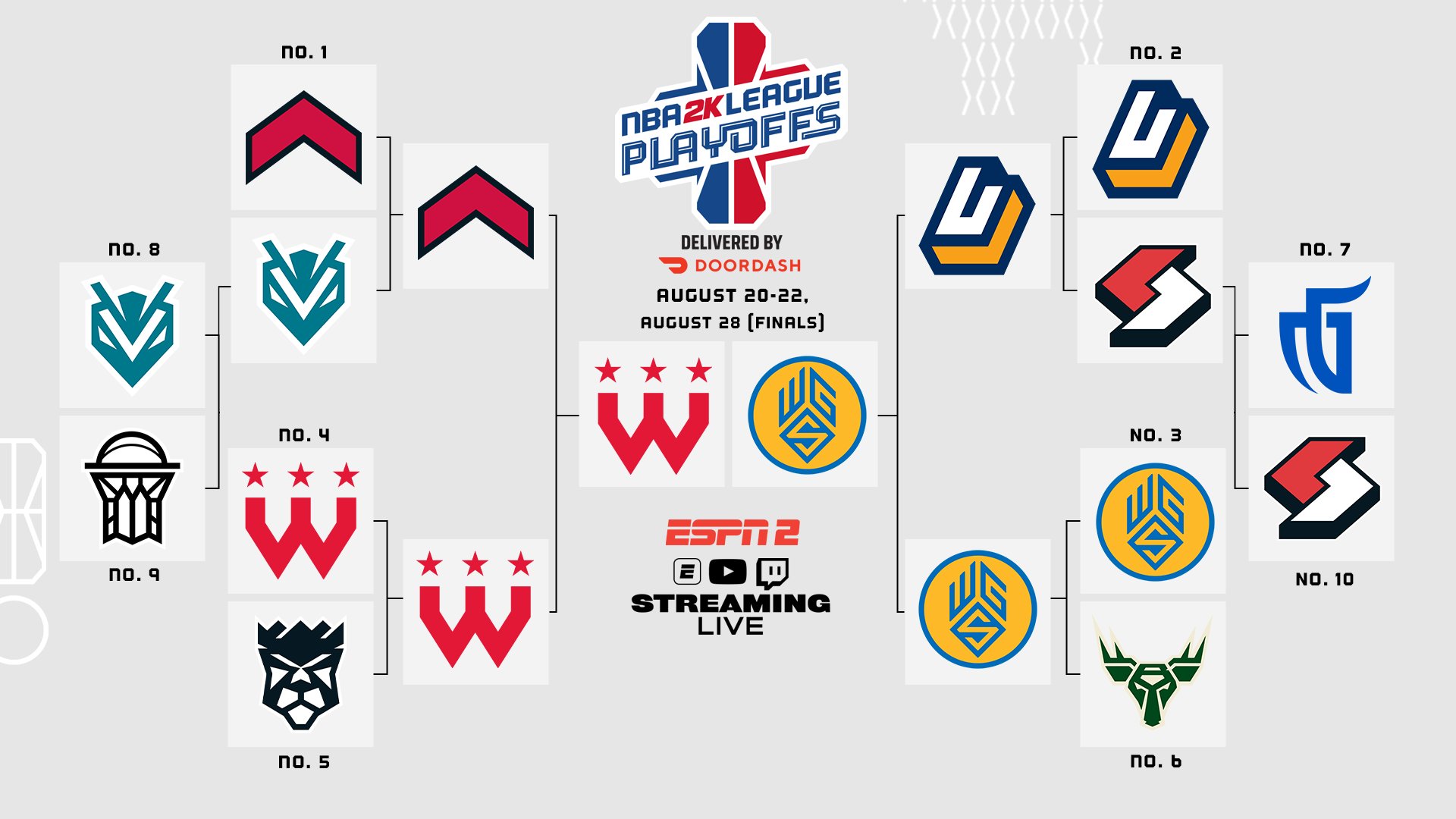 The 2020 NBA 2K Finals are set. Warriors Gaming Squad and Wizards District Gaming have advanced to play each other on Friday, August 28 at 7:00 PM ET on ESPN2, ESPN’s digital platforms, the NBA 2K League’s Twitch and YouTube channels.

The previously undefeated Raptors Uprising GC were swept by the Wizards to advance to their first NBA 2K League Finals.