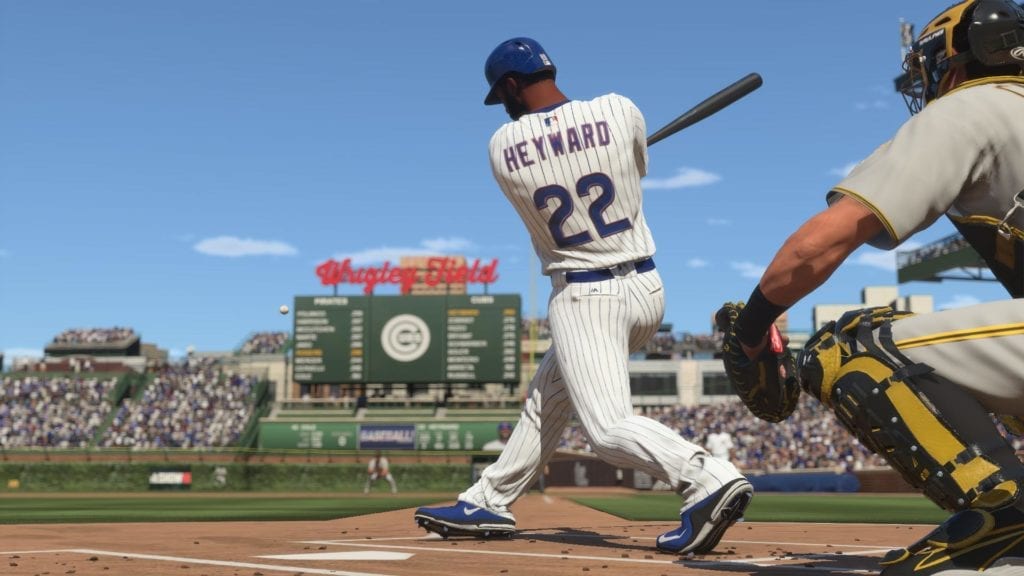 As a lifelong Houston sports fan, franchise modes have been my bread and butter. Conjectures and what-could-have-beens can finally be realized in a digital testing environment. My beloved Texans can play the 2017 season again as if we had never signed Brock Osweiler. My beloved Astros can play the next 15 seasons with Kris Bryant drafted instead of Mark Appel. What if I was to separate players based on their home state, city, or country, and battled it out that way? Franchise modes are a uniquely bizarre sandbox where teams can correct mistakes, rewrite history and even time travel.

The thrills of taking a bottom-dwelling franchise and slowly but surely rebuilding it your way is an experience that only video games can provide. Elevating your favorite team to a perennial powerhouse through shrewd trades, signings and immersive clutch performance is unlike any other experience in gaming. Sports games yield the only universes wherein you, the fan, can implement your ideas and explore for seasons on end. It is one of the reasons that, year in and year out, MLB The Show takes up far more of my time than it should.

The doldrums of a losing season are skippable in minutes. Would-be trades can be vomited on a poor unsuspecting digital GM without any repercussions. Otherwise impossible, franchise-altering player moves are possible. You can start fresh at a moment’s notice. And the best part is it can be extrapolated for as long of a time as your real-life schedule allows.

Ultimate Team-style card collecting modes are fun — there is no debate there. MLB The Show did a marvelous job this year allowing players to earn cards in any mode, and providing incentives to return to the mode long after the real-life season concluded. These modes are a unique platform to appease both casual and hardcore fans, and they have seen their own remarkable growth since their inception a few years ago. Throwback cards and new card-earning elements extend the life of these modes for those ill-equipped to buy the cards outright. However, improving franchise mode is just as important. While the card-collecting modes are innately more profitable, perennial sports titles ride or die with their franchise and owner modes.

Additionally, individual player and career modes have seen rapid improvements and innovative experiments. Year-to-year jumps have been remarkable, and NBA 2K has made tremendous progress packing the modes with additional content. Focusing on one player provides its own dimension of immersion, but it does not provide the exact same experience as franchise mode. Furthermore, players can be put off by not being able to control all the players or managerial moves.

That is not to say that improving franchise mode is easy either. Trade logic is not easy to implement with an AI. How do you account for real-life GMs that have consistently made poor or excellent trades? Do you ignore or try and force the fact that not all of these players enjoy their new environments? Consider the titles that are considered masterpieces of their sport. MVP Baseball 2005’s franchise and owner modes were nearly flawless, but trades were extremely difficult to pull off. Algorithms to determine a player’s happiness and team chemistry are not perfect. Some games even have severely flawed and almost non-functioning free agency periods. How often have you seen your team leading the pack in courting a certain player in both mutual interest and money offered, only to see them scooped up by someone else? Is there even a correct answer?

Consider, say, even the most casual FIFA fans. After a while, playing online or local multiplayer will become tiresome. Or, perhaps, they want to get better to defeat their digital or in-person adversaries. Which mode allows them to learn more about their favorite team (that they have supported forever, no doubt), get consistent in-game practice, and hone their overall knowledge of the game? Practice mode provides drills, career mode focuses on a single player, and Ultimate Team does not allow them to play with the same teams they would in local multiplayer. Even then, franchise mode becomes their best option.

Create-a-team features are making a comeback, which is beneficial for the industry altogether. Despite appearing in certain entries yet being inexplicably absent from future releases, taking a created team into franchise mode provides a refreshing storyline from which players build teams. NHL 17 made the most recent strides as a direct result of player feedback.

The breakthroughs in individual player career modes and genre-changing card-collecting modes are essential to sports gaming innovation in the post-monopoly world. Previously, rampant competition from other sports drove these upgrades, but consider the amount of companies creating perennial titles with full licenses for each sport. Soccer is the only sport that has a remotely competitive marketplace, and PES is competing without full licensing. As a result, PES has been forced to convert FIFA gamers by offering direct changes to die-hard FIFA players’ most consistent gripes and complaints.

Given the “great, but not quite excellent” overall cycle of feedback for current-generation sports titles, developers have a lot of room for revolutionary experiments and breakthroughs. However, as a life-long franchise mode supporter, I hope franchise mode does not get lost in the shuffle.