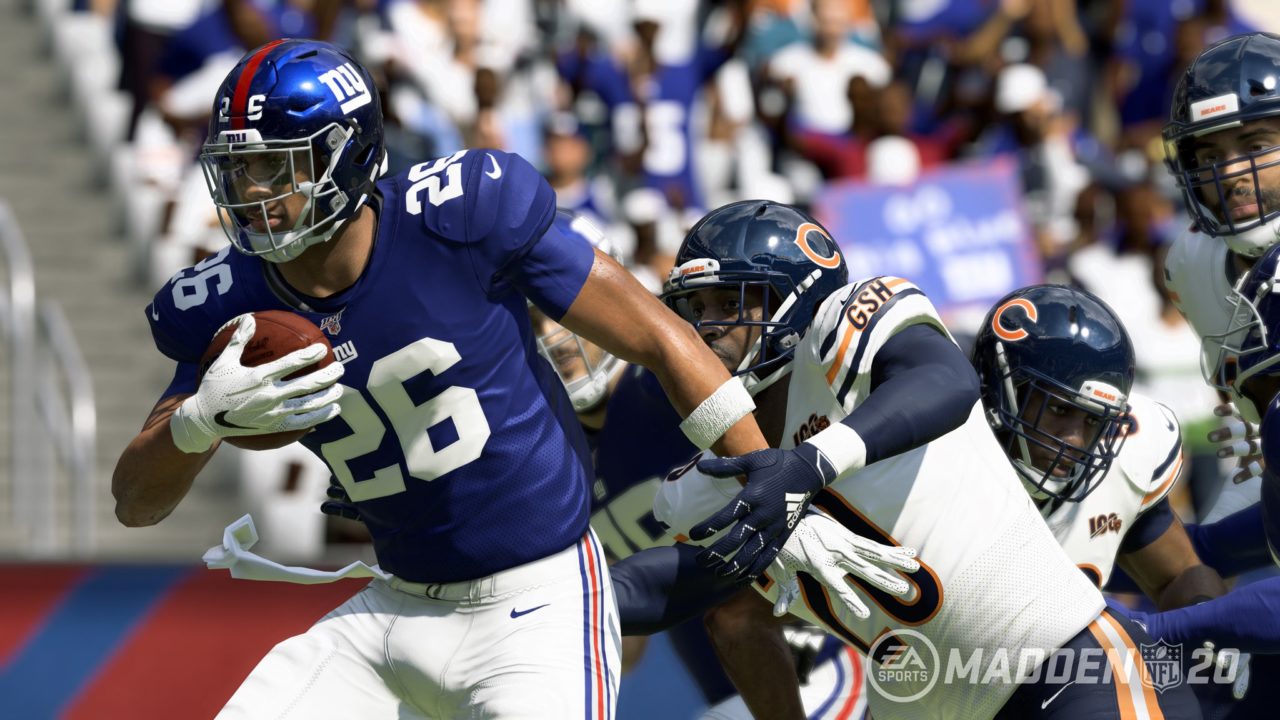 Soon enough, gamers are going to be able to get their hands on Madden 20 using EA Access.

This marks the first time EA’s subscription service will be available on the Playstation 4. This allows people to get a taste of the game before it’s released to the public. And for those who don’t know, the “official” release is August 2. However, if gamers purchase the Superstar Edition or Ultimate Superstar Edition of Madden, they can play the game three days earlier. Best of all, in addition to getting the game early, gamers also get a plethora of Madden Ultimate Team goodies.

Here’s a look at EA’s July 6 blog breaking down the different perks for pre-ordering each edition.

Here’s a look at the 32 NFL players that EVERYONE who pre-orders Madden 20 will have a chance to pick from. This includes the Standard, Superstar and Ultimate Superstar Editions

And here is a look at the four different Superstar abilities that will be available with each pre-order. This includes the Standard, Superstar and Ultimate Superstar Editions:

This is the simplest version of Madden 20 and won’t come with the three-day early access. However, despite having fewer packs than other editions, it will still have the 82-overall MUT player and the unique superstar abilities for Face of the Franchise. 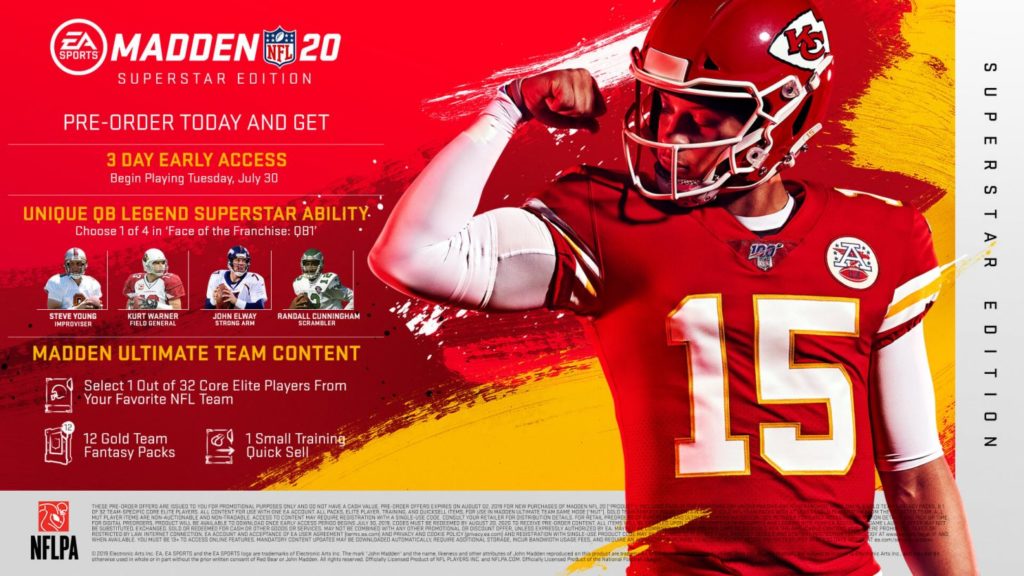 I don’t believe the seven additional MUT packs, coupled with a small training quick sell is worth $20. But to some it may be. To many, the ability to play the game three days early is appealing. And although that seems like a hefty price to some, when you add on the additional MUT cards and other perks, it doesn’t seem as bad. For those who don’t care to play the game early, the standard edition is for you. But if you have any itch to play Madden now, you’re more than likely going to end up with this version of Madden 20. 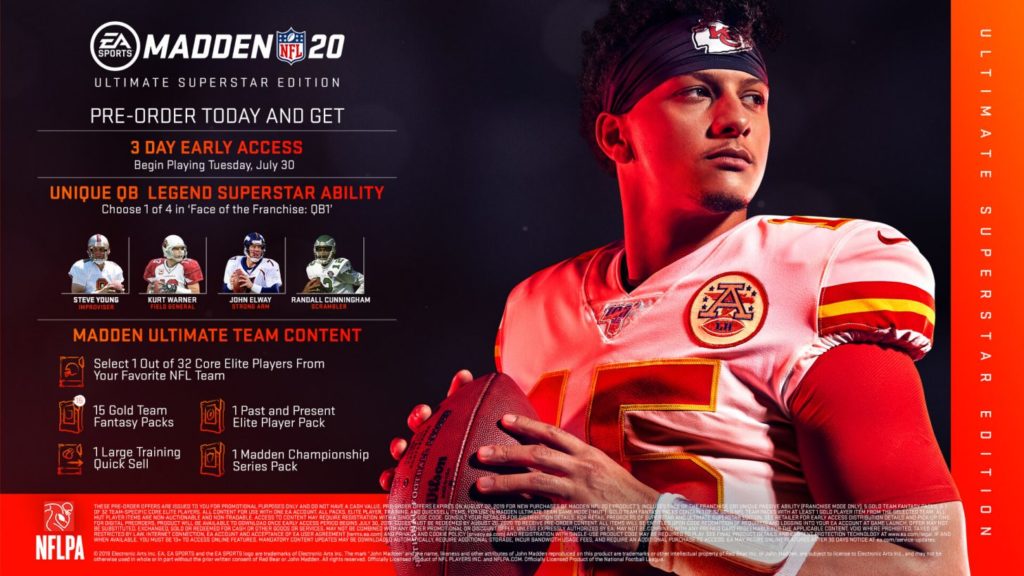 What you get with the Ultimate Superstar Edition is the crème de la crème of the Madden experience. And if you can justify spending the extra $40 — compared to the standard — it could be well worth it in the end, especially if you’re a MUT baller. There’s also the possibility that you wait and see closer to release if there’s any new incentives available. Sometimes Amazon Prime and other retailers will have special deals. Otherwise, $99.99 to the die-hard MUT player isn’t so bad. 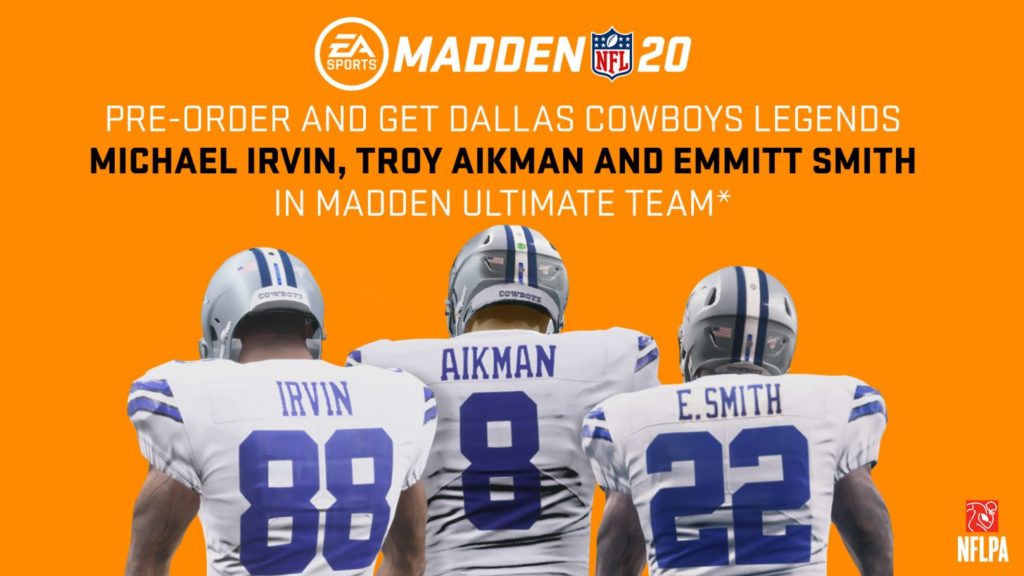 There are a few other pre-order bonuses that are available:

By pre-ordering Madden 20 from Gamestop, you will receive three Dallas Cowboys legends. This includes an 82-overall Troy Aikman, Emmitt Smith and Michael Irvin.

Lastly, for those who have played MUT in the past, there is once again a Madden loyalty rewards program.

In the end, it is up to you to decide which version of Madden 20 is right for you. For many, being able to play the game three days early is enough to persuade them to buy the Superstar or Ultimate Superstar edition. And to others, the MUT rewards and ability to play a game that will release three days later isn’t worth the $20-plus difference. No matter which edition you choose, Madden 20 is a must-buy for all football fans.