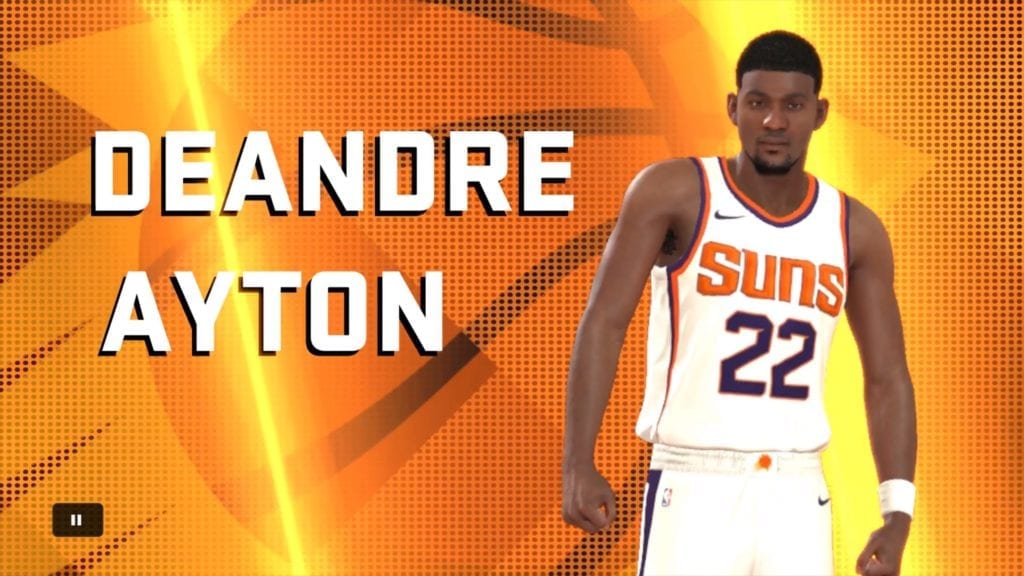 With the 2018 NBA Draft having passed, all the excitement and speculation behind the 2018-19 rookie class is building daily. Using NBA 2K18 and a post-draft roster created by SkillzFromThe6 (PSN SkillazKill) who has worked with previous roster creator EmbraceThePace and roster creator NationalBBalla3, I decided to take a look at the top 10 overall draft picks with their new teams. On top of speculating what I think their possible overalls for NBA 2K19 would be, I also wanted to see if they would be a good fit with their new squads. Without further delay, it’s time to jump into the breakdown.

Deandre Ayton was selected first overall by a Phoenix Suns team that has been on the rebuilding road for a couple years now and was making the top pick for the first time in franchise history. Scouting of Ayton’s game shows that he is a physical force on offense, but his play on the defensive side of the ball has many wondering if this was really the best pick for the Suns. A change in the way that the NBA game is played also lends doubt to Ayton’s viability with the Suns as he has to show he can extend his range to the 3-point line with consistency and majorly improve his defense. There is some upside on offense at least, as Ayton does have a nice stroke that looks at least serviceable already from beyond the arc. If he can work hard to build out his offensive game, and at least prove he’s not a net negative on defense, Ayton could surely be a 15 point, 10 rebound player in his first season, which would accommodate Devin Booker and co. quite nicely. 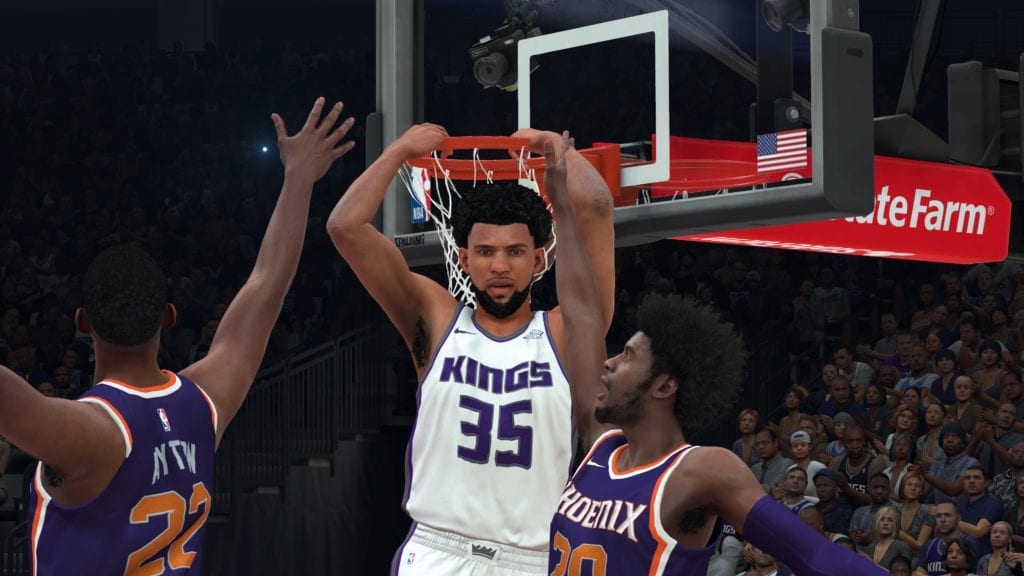 This pick for the Sacramento Kings falls in line with their tradition of choosing a power forward/center with their top 10 pick. Marvin Bagley has the elite athleticism and offensive game that could make him a star in the NBA. In order for him to really shine overall, he’ll need to improve and add polish on defense. He looks to slot in well with his new NBA team, potentially playing alongside Harry Giles in the frontcourt to create a strong dynamic duo. With speedy De’Aaron Fox running the point, Sacramento might just be a few players away from making a little noise in the Western Conference.

The management team of the Atlanta Hawks understands the necessity of a guard who can hit the 3 ball in today’s NBA. Being (un)fairly compared to dead-eye sniper Steph Curry, Trae Young fits the bill and could be an essential piece to a rebuilding Hawks team. On top of his deadly shooting capabilities, Young also has fantastic court vision that he can use to abuse defenses on bad rotations and other situations that allow him to use his playmaking abilities. Like the previous two draft picks, his defense has some serious concerns and big question marks, but his offensive value was just too good for the Hawks to pass on. I think he’s a good addition to a Hawks team trying to rebuild to be competitive in today’s NBA.

A fantastic pick at fourth, the Grizzlies looked to set themselves up at the center position in preparation for when Marc Gasol either leaves or retires. Arguably the best big-man prospect on some draft boards, Jaren Jackson’s defensive capabilities could make him useful early in his career while he fills out his offensive game. Not only can he protect the rim as you would expect from a big, but he can also step out and guard almost anybody — his ability to switch is very helpful with the way that today’s NBA functions. On the offensive side of the ball, Jackson’s repertoire already includes a 3-point shot that works well out of pick-and-pop situations, and has some explosive power on closeouts. His high amount of fouls and low scoring in college did create some detractors and lower his value, but he’s too good of a player to pass on. 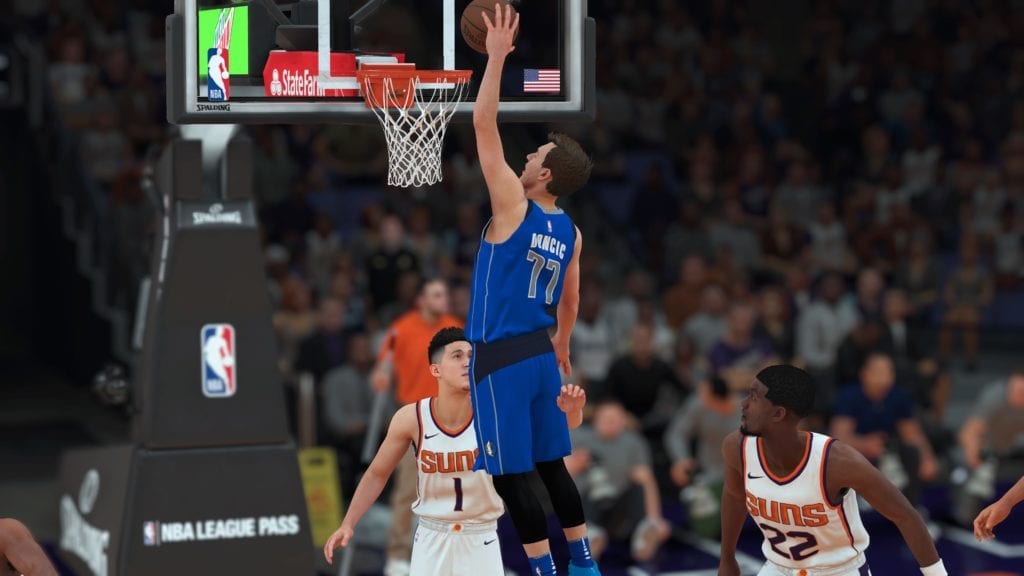 Mark Cuban loves Dirk Nowitzki. He already loves Luka Doncic, and might love him almost as much as Dirk once a fair amount of time has passed. My previous comment here might appear to be far-fetched as Dirk is a legend in Dallas, but if you make the moves to trade up in the draft to land Doncic, then you truly must think you’ll have something special on your hands — and Dallas certainly does I think. This kid can flat out ball. He should have been the top pick in this year’s draft, and the fact that Dallas made the moves to get him will definitely have Phoenix, Sacramento, Atlanta and Memphis face-palming in the years to come. Doncic has played at the highest level of basketball in the world not called the NBA for three seasons now. THREE SEASONS. He’s got more professional experience than any other player in this year’s draft. He can play point guard, shooting guard, small forward, and maybe even some short stints at the four-spot. He’s the best passer in this year’s draft, has good ball-handling skills and a shot that projects to improve. The only concerns the Mavericks will have is his adjustment period to the NBA’s length and athleticism, and just how well he’ll play with Dennis Smith Jr. I personally don’t think either of those things will be a problem, and if he gets good minutes as a rookie, I think Doncic is my early choice for Rookie of the Year.

Mo Bamba is the fit that the Orlando Magic were looking for in terms of a center of his size (plus that wingspan). That being said, Bamba’s offensive abilities need some work in order for him to help the Magic on that end of the floor. On defense, Bamba will help Orlando to protect the rim, and is the anchor the team will value to help out on that end of the floor. Right now, the Magic just need to try and figure out a way to make the roster work better around the likes of Isaac and Bamba as scoring won’t be easy for this team at this juncture.

It was widely speculated that Chicago was going to take Michael Porter Jr. with this pick, but medical concerns about his surgically repaired back saw him fall to Denver at pick 14. The Bulls instead decided to go with prospect Wendell Carter Jr., whose versatility on offense lends well to the rebuilding franchise. It’s clear that Chicago is looking to build a strong frontcourt for many years as they’ll be partnering Carter Jr. with Lauri Markkanen. This could cause some problems defensively, but the potential offensive rewards were too good to pass up.

Cleveland was definitely in need of a point guard, but this pick didn’t particularly make sense to me. I can’t really see how Sexton fits in to Cleveland’s offense, especially when they’re trying to keep around LeBron James and potentially bring in another big name to make a third NBA Finals appearance in a row. Sexton had some standout performances at Alabama (that 5-on-3 game stands out), but his creativity and basketball IQ appeared to be lacking at times as he was almost too fired up at times to challenge a crowd at the rim. He does possess tough character and a high-level work ethic, which is appreciated by LeBron, but translating that to being a core piece in the Cavaliers cog doesn’t seem likely at this point to me. This may have been a draft pick used for a possible roster move to bring LeBron James some help once free agency begins.

It appears that Kevin Knox was drafted to be a player that complements Kristaps Porzingis. He has good positional size and his shooting continues to improve. He’s still quite young so his game has time to improve and round out. The only concern here is that he didn’t really contribute and produce in other areas besides scoring for Kentucky. This pick still works out for New York regardless, as they’re still trying to figure out how to put a winning team together. 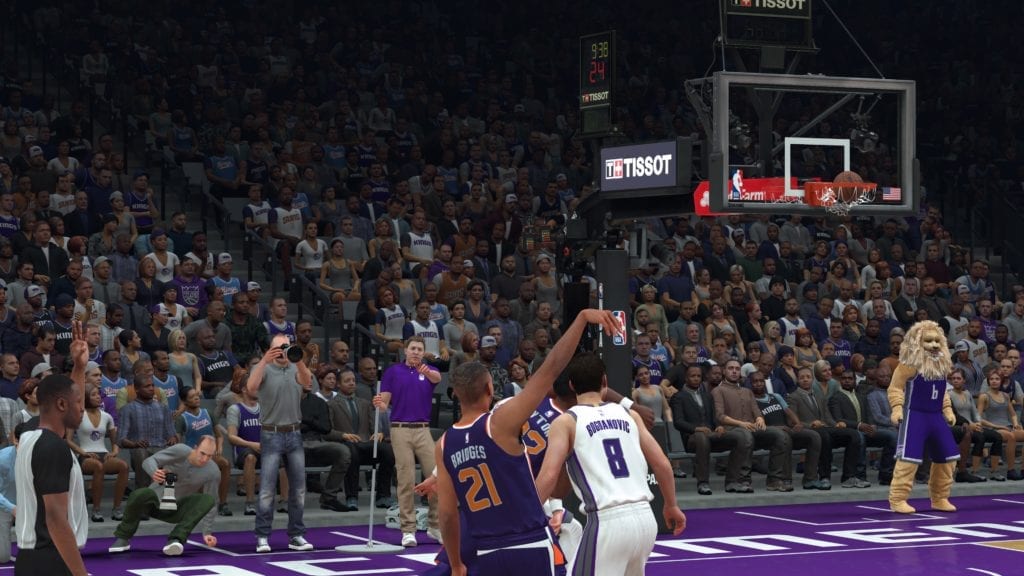 Despite getting traded to the Phoenix Suns, I feel that Bridges’ value for them will be similar to what it would have been with the 76ers; that being said, playing for his hometown team would have been a match made in heaven. Being a good knockdown 3-point shooter while on the move, and possessing eye-catching potential on the defensive end of the ball as a team defender, Bridges would have been the perfect complement to a team boasting the talents of Joel Embiid and Ben Simmons. He also would have slotted in a nice rotating trio with Ben Simmons and Robert Covington where you could hopefully keep at least two of them on the court at all times. Regardless, Bridges can come in a fill a role alongside Devin Booker and Josh Jackson in Phoenix and hopefully help get the Suns out of the gutter.

Now that I’ve given a breakdown of how I feel the top 10 picks will fare with their new teams and have given my assumption at what their NBA 2K19 ratings will be, how do you think each top rookie will do? What do you think their overall rating will be? Feel like I may have over or undervalued a player or their potential rating? Drop a comment and let us know!