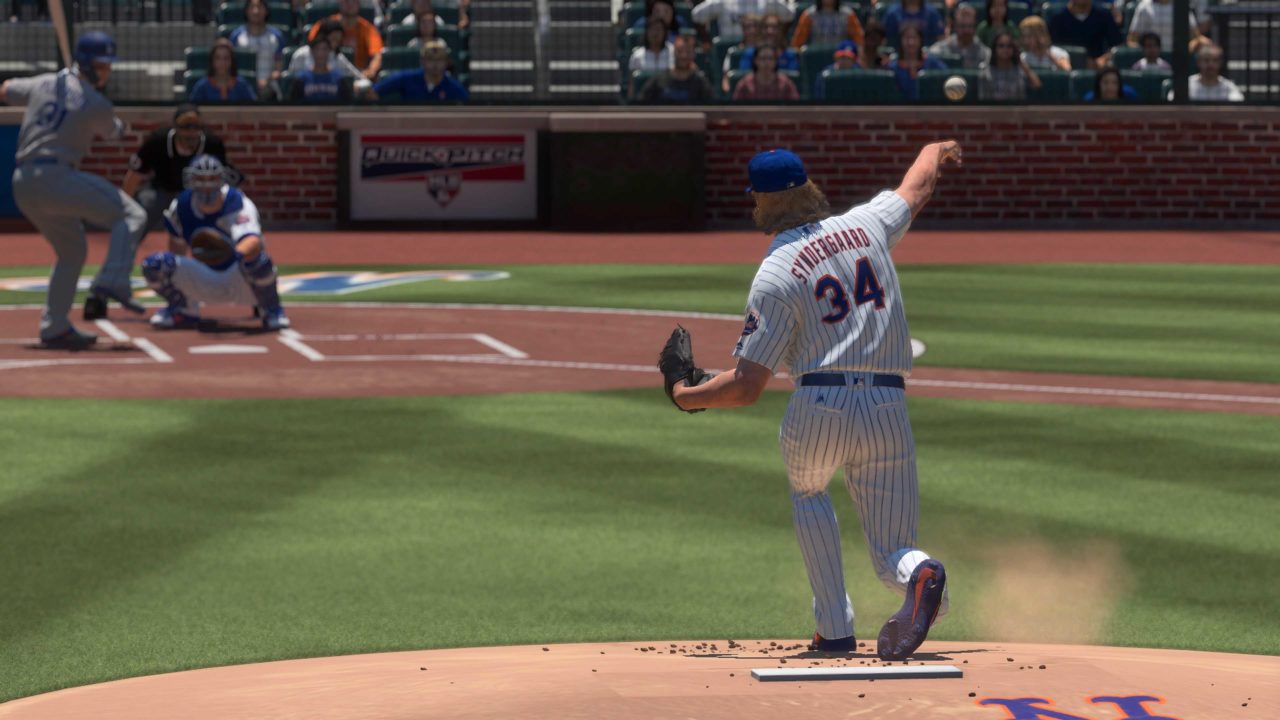 Are you currently weighing your options as you try to figure out who to acquire at the trade deadline in your franchise? Looking to prep for some potential rating jumps in Diamond Dynasty? Read on, we’ll take care of you.

A group text with fellow die-hard baseball fans, specifically one that boasts a handful of souls who live and breathe all things New York Metropolitans, ultimately becomes a harbinger of groupthink disasters and vile trade propositions. Screenshots of rants from a man known only as “Uncle” can bring even the most casual baseball fan up to speed on the disaster unfolding in Citi Field. Is it finally time for the Mets to trade Thor? Uncle’s recent profanity-laden Sylvia Plath diatribe leads me to think so, but Syndergaard’s unpredictable performance on the mound is an additional complication that the Mets simply did not need. Should they decide to move him this summer, there are a number of analytics-heavy contenders that could help him tinker with his arsenal in a minuscule amount of time, not unlike Justin Verlander and Gerrit Cole after they joined the Astros. 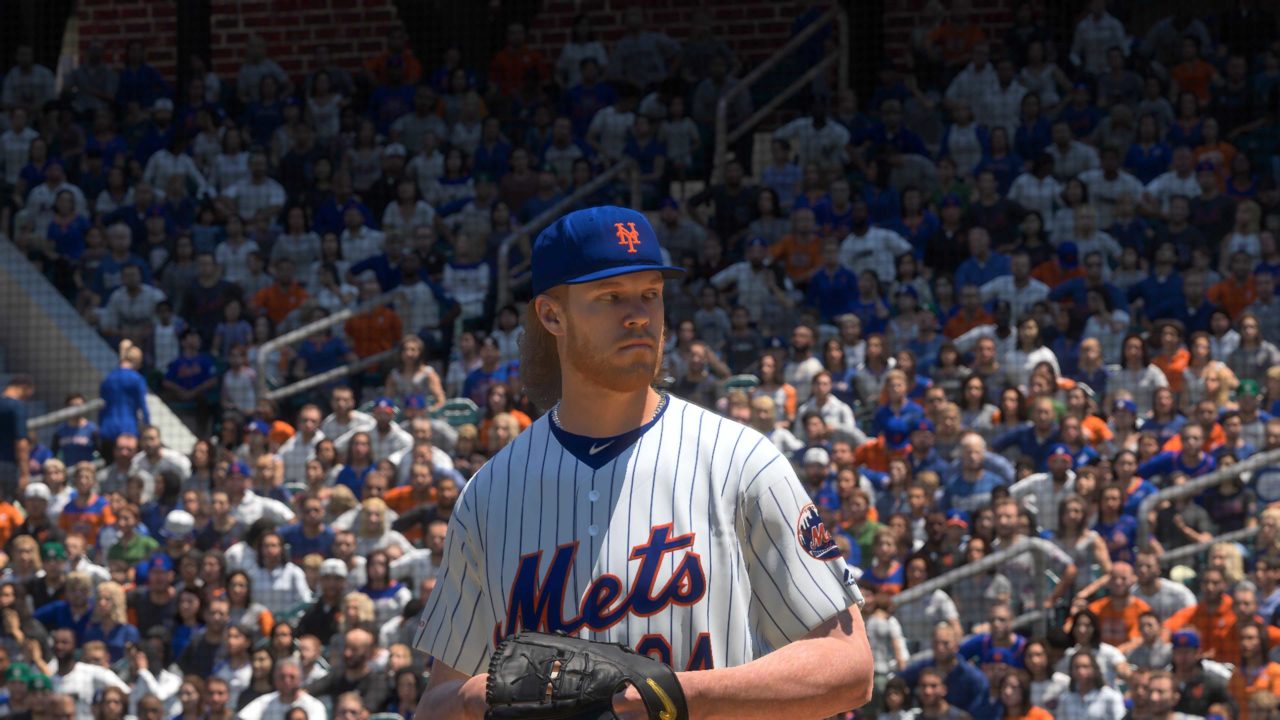 In The Show, he remains a diamond, though barely hanging on at the minimum of 85. The pitch mix is tantalizing for not only DD players, but also for real-life front offices shifting towards working higher in the zone, pitch tunneling and a full-time obsession over spin rates. If the Mets finally cave and ship him out to the right squad, he could perhaps not only return to elite status but also become the most dominant pitcher of the second half of the season.

“Uncle” may not know the Tigers well, but he is no stranger to relievers both tanking and thriving in their newfound contending homes after spending considerable time pitching on worse teams. But will Shane Greene keep it up or transform into Edwin Diaz 2.0? Shane Greene and his 1.6 WAR looks nothing like he did in 2018, where he allowed 39 runs in 66 games to cruise to a brutal -0.5 WAR on the 64-win Tigers. Greene currently sits as a 75-overall silver player, but a trade to a contender could be a much-needed change of scenery that could further motivate Greene during his exceptional year.

But playoff baseball in the Trop or the Bronx is a far cry from toiling away in last-place Detroit. Should we believe in the 30-year-old putting the pieces together? After all, he has yet to face the pressure of the postseason. He has, however, improved all of his peripherals thus far in 2019, with his H/9 almost cut in half year-over-year to 5.3 this year. If he can handle the pressure, whether it is in Minnesota, Tampa Bay, Atlanta or elsewhere, he would certainly be a player to invest in, even if he joins a crowded bullpen that might not keep him at closer.

Speaking of the Tigers, Castellanos sure picked the right part of the season to get hot. The brightest spot in Detroit’s lineup (apologies to Miguel Cabrera’s knees, a tragedy told in three acts) is arguably the best and most logical position player to be dealt at the deadline. An almost 3 WAR player in his 2018 campaign, one cannot help but wonder how much he could use a change of scenery. He is only 27 and, at the time of writing, leads the MLB in doubles. He can move around the diamond and will be a free agent at season’s end. 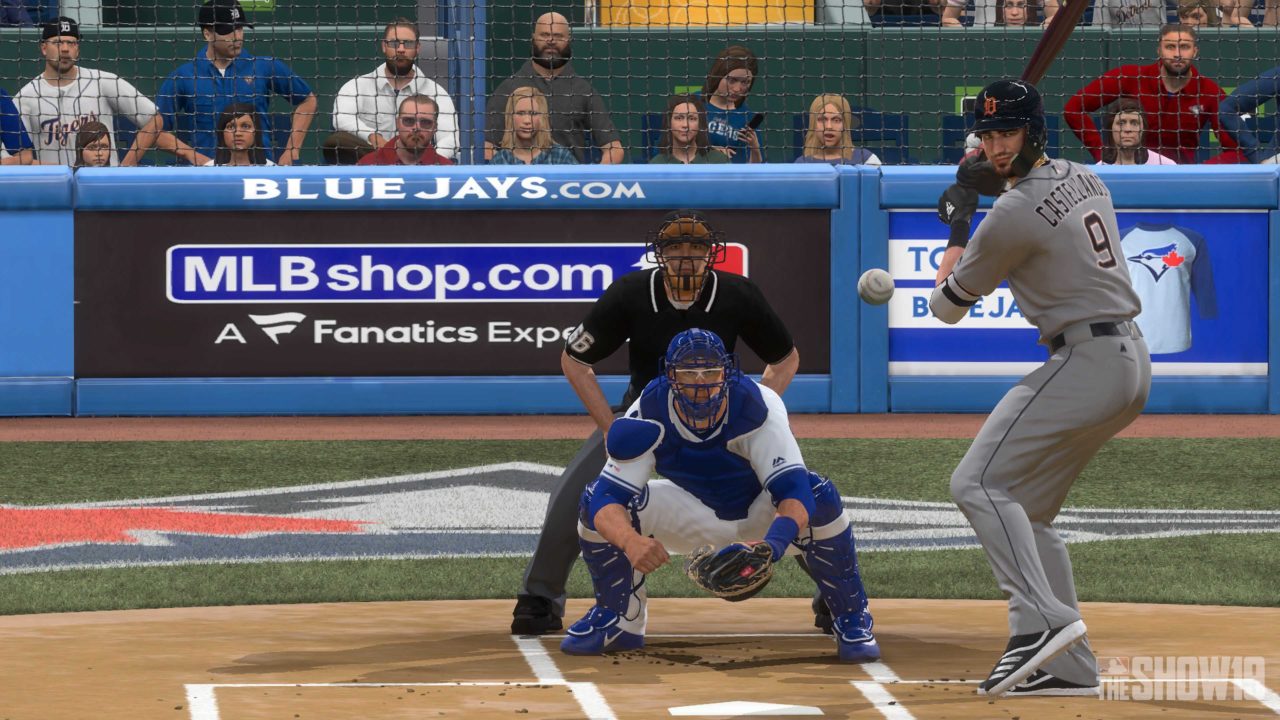 Slotting him into an otherwise stacked contender lineup also provides Castellanos the opportunity boost his free-agent stock in a class that already includes the likes of the resurgent Yasiel Puig, Marcell Ozuna and perhaps even J.D. Martinez. He is a 76-overall silver player as well, and finished as a gold 80 in 2018. Interestingly enough, Uncle had plenty of colorful language to clarify his substantial disappointment after Brodie Van Wagenen and co. balked at the Tigers’ asking price for Castellanos this past winter.

Like Castellanos, his recent performance coincides perfectly with swirling trade rumors as his most recent start against the Yankees was his fifth in a row where he allowed 3 ER or fewer, a feat only matched by a string of six excellent starts in April. Years of team control and a dastardly sinker/slider combination should further entice shrewd GMs already keen on what is potentially shaping up to be his best season yet. Stroman currently is only a 76-rated silver card, but if he sustains this streak, he will only improve.

The Astros’ hunt for starting pitching and bountiful farm system appear to be a lock for trade deadline matrimony, and Tyler White’s recent DFA only makes things more interesting. Tucker has been taking reps and will get looks at first base for the Astros’ AAA affiliate. Much like his former Round Rock Express teammate Yordan Alvarez, who jumped into The Show with a 78-rated card that should only continue to rise, Tucker has quietly put together an exceptional season wherein he has already matched his 24 HRs from 2018. The key cog of the Astros’ future could very well be joining the Astros during a flurry of roster moves at the end of July, and if he sustains production the way Alvarez has, Tucker’s 68-overall bronze card will surely be on the rise.

Uncle commanded him in a daydream prospect haul for Syndergaard, but the entire Astros outfield is eligible for free agency in 2021, Tucker’s age-24 season. GM Jeff Luhnow has been adamant about his hesitance to deal Tucker, and it is easy to see why. Either way, it works out well for those who have him on their radar.