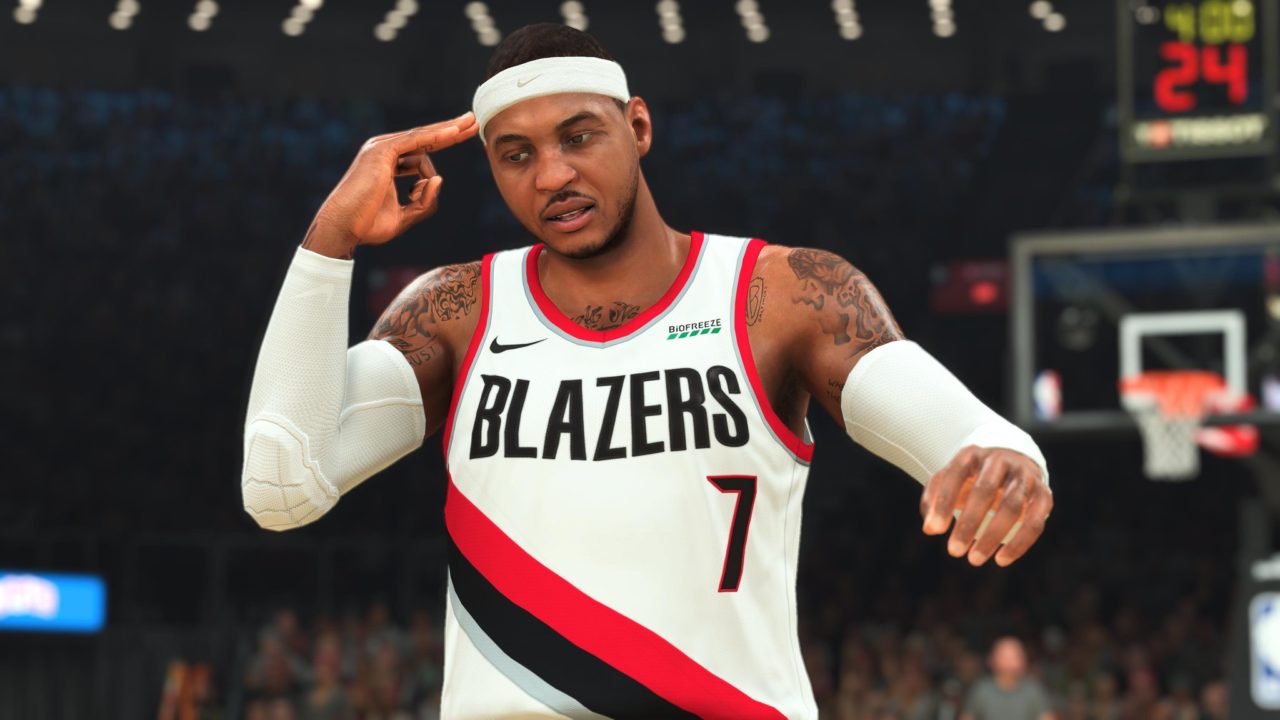 Okay, so no disrespect to Melo — okay, maybe a little — but while I’m happy to see him join a new team, the thought that immediately springs to mind is what video game players being signed to a team have meant more to the video game team than the real life team?

You can play with Melo on the Blazers starting tomorrow 🙏 pic.twitter.com/rkQUB2Rwcp

This is not to say Melo can’t help the Blazers. He could. The Blazers don’t have many PFs and so he could eat up some minutes here and there. However, the move slides more to the desperate side of the scale for me rather than the smart and hopeful side of the scale. I would be happy to be wrong, but Melo’s recent history suggests otherwise.

However, in 2K it’s very easy to argue for this move. He’s been a favorite to use whether you think he’s amazing in real life or not. He’s someone who won’t get exposed as much on defense, and you can control the amount of shooting he does on your team. In 2K, this is an easy sell of a move.

So it brings me back to my point, what players signing in real life have meant more to the video game team than the real life team? This does not have to be purely basketball-related either, it’s more an open-ended question to you guys about moves that end up being a bigger score in virtual form rather than the real-life form.

To get it started, I think of Gerald Green when he signed with the Rockets as one of those midseason pickups that stands out. He gave the Rockets a solid rotation player, but it’s just he’s a 2K legend so it’s always hard to compare. It doesn’t have to just be strictly midseason free agents either, we can even think about offseason moves as well.

Anyway, throw out some names in the comments below.