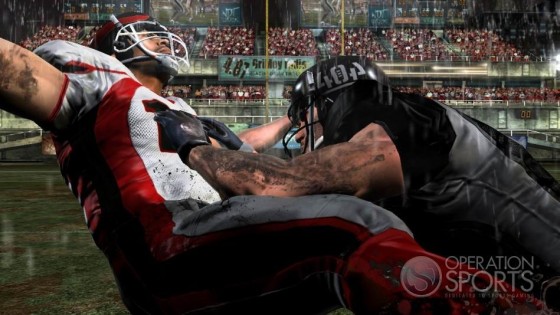 As we all roll with the haymakers and below-the-belt shots that 2020 hurls at us, the adjustment to quarantined existence has either rekindled or laser-focused our love for video games. Whether that’s flocking to “essentials” distributor GameStop and panic-buying whatever console they have left, or finally getting around to backlogged titles that we’ve had for ages, the impact that video games will have on us during this situation is momentous.

In lieu of getting stuck in a 35-minute three-person line at a local retailer loaded with pressure for additional warranty costs, many of us have spared ourselves of that agony by social distancing and revisiting old titles that we simply forgot we had lying around the house. That was the case when I stumbled upon a decently scratched PlayStation 2 copy of Blitz: The League in a binder of old games (remember those!?). I fondly recalled the head-to-head games I played with my brothers and neighbors as a younger buck, and the campaign mode that I never really got around to finishing. After watching my Texans fandom slip away following the trade of DeAndre Hopkins (if you have to trade him, fine, but at least get a reasonable value for him) merely hours before, it felt oddly meant-to-be to stumble upon Blitz to take the sting away.

For those unaware of even the classic NFL Blitz rules, first downs are 30 yards instead of 10, pass interference is completely legal, and tackles are remarkably violent. Blitz: The League’s precursor, NFL Blitz Pro, removed the cartoon visuals and style in favor of a “more realistic” look and experience. However, in the post-EA monopoly world, the massively popular franchise was left without an official NFL license. So, the team at Midway got very, very creative and drew up an entire fake league with fake players and a robust fake history.

The game was notoriously famous for giving players not only the ability to brutally injure players on-field, but also the ability to give players steroids. It all wrapped up to land a very notable “Mature” rating, which fed into the game’s bloodlust and controversy. Had the geniuses behind Mortal Kombat and NFL Blitz finally found an ultra-violent middle ground? Remember, too, that the XFL’s inaugural season flopped barely four years earlier. The game drew understandable comparisons, but in reality, was a much darker affair altogether. 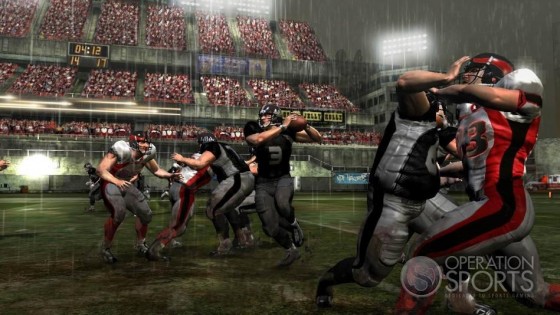 Playing Blitz: The League in 2020 is an immediately jarring experience. The entire atmosphere and feel of the game feels woefully stuck in the mid-2000s, down to even the iRiver (an early iPod competitor) that houses some astoundingly awful music selections. The first 10 or so seconds of each song brought a wave of memories as well. Was there a rule from 2000 to 2009 that mandated that sports titles had to include at least one song featuring B. Real rapping over nu-metal? Why did this happen so frequently? (I love you, B. Real.) Everything feels very “mid-2000s edgy” and that translates in 2020 to very corny. The dialogue is cheesy, and your head coach has some sort of cringe-worthy quip at the end of every play. The entire presentation package feels like a playable Any Given Sunday, and there remains to this day no other experience like it due to the time period in which it was released (except for maybe its sequel).

Gameplay is fast, furious and unequivocally NFL Blitz. A surprisingly powerful run game supplements the franchise’s tried-and-true Da Bomb-style quick, deep passing. On defense, and this may shock some readers, but the game heavily favors blitzing. Similar to NFL Street and its Style meter, strong on-field performance builds up a Clash meter that players can use to slow down time on offense. Icons are awarded for certain plays (turnovers, touchdowns, dirty hits, etc.), and at six icons a devastating supercharged Unleashed move is available. Late hits return in the form of a mini-game that appears after each team lands a few dirty hits.

Campaign mode is the title’s lone season/franchise option. Players create a team from the ground up, and everything outside of your two Team Captains is completely editable. All sorts of obscene and atrocious combinations could be made to the point that your team immediately felt a part of the fictional league. The disassociation works, too, as players find themselves gleefully distributing PEDs to players as a boost and yelping for joy when an opposing Team Captain suffers serious injuries. 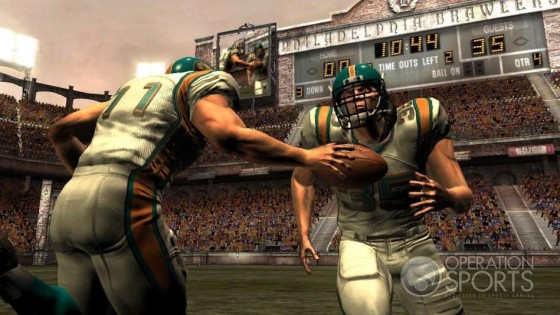 The brutality is a remarkable departure from the mid-concussion crisis NFL and really makes players consider their decision-making. In the second week of the campaign, you are given a challenge to prescribe a mystery drug developed by the team doctor to one of your players to figure out its boost on performance. Players can place wagers on their own team’s performance, including covering or beating the spreads set by the in-game oddsmakers. There is even the occasional option to pay for “escort services” for your opponent, dwindling their stamina for the next upcoming game. I would have loved to have been a fly on the wall when NFL Commissioner Roger Goodell was briefed on the game.

2K including anything remotely thematically similar in their upcoming non-sim NFL title is as likely as the DeAndre Hopkins trade’s nullification. Plus, if 2K has been working on an engine all their own for the better half of the last 15 years, why even bother with antiquated NFL Blitz gameplay?

Well, Blitz: The League did what many considered impossible, and took a fictitious league void of all real-life players and turned it into a legitimately immersive experience. Instead of a 16-game season or your textbook franchise mode, it gave players a three-tiered divisional system with Premiere League-style relegation. Violence aside, the Clash meter and Unleashed moves provide enough fuel for comebacks and game-changing moments without feeling too overpowered in head-to-head battles.

Like NFL Street before it, Blitz: The League rode an atypical single-player mode and tremendous on-field arcade gameplay to becoming a beloved cult classic, and football fans should have tremendous faith in 2K to create a lasting and thrilling experience if the developers take some of those cues from this game.

More in Blitz: The League