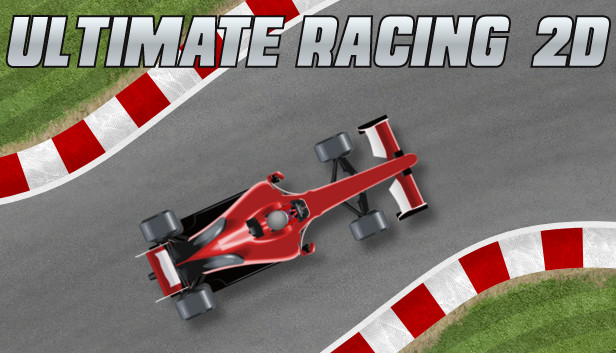 If you are a fan of retro top-down racing games like Super Off-Road, Micro-Machines or Race Arcade, then developer Applimazing is looking at you as their demographic for their latest release, Ultimate Racing 2D. In an age of ultra-realistic graphics and experiences, sometimes the option to grab an old two-button controller and go retro is a treat if done right. So, does Ultimate Racing 2D succeed in conjuring up feelings of arcades and mini-golf on a Friday night? Let’s find out! 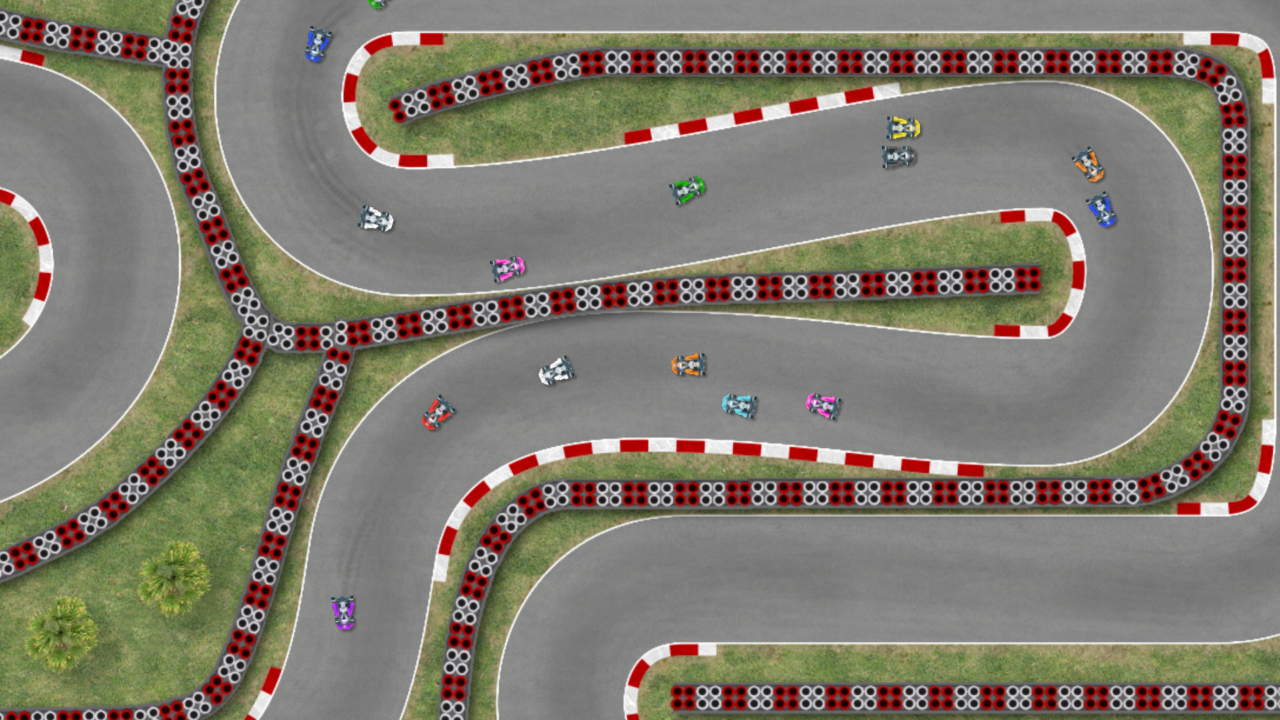 UR 2D offers over 45 different tracks, over 300 cars, 35 racing classes and an online multiplayer with up to 20 people. On top of that, the game gives each user the option to race a quick race, championship mode or career mode. That is a lot of options and a lot of depth, and much of it can be enjoyed in a quick and timely fashion.

Career mode is where I ended up spending most of my time because it’s similar to that of the old Toca series Project Cars, with a dash of Gran Turismo throw into the proceedings. You will be driving in different classes and enjoy multiple disciplines and the game offers a bevy of vehicle and track choices throughout career mode.

Career mode also allows you to set up the length of each race and the difficulty. In terms of cars, you will find yourself racing from F1 to Indy, and stock to carts. The vehicles have just different enough handling to help me appreciate their unique traits, and that helped the game constantly deliver different experiences. 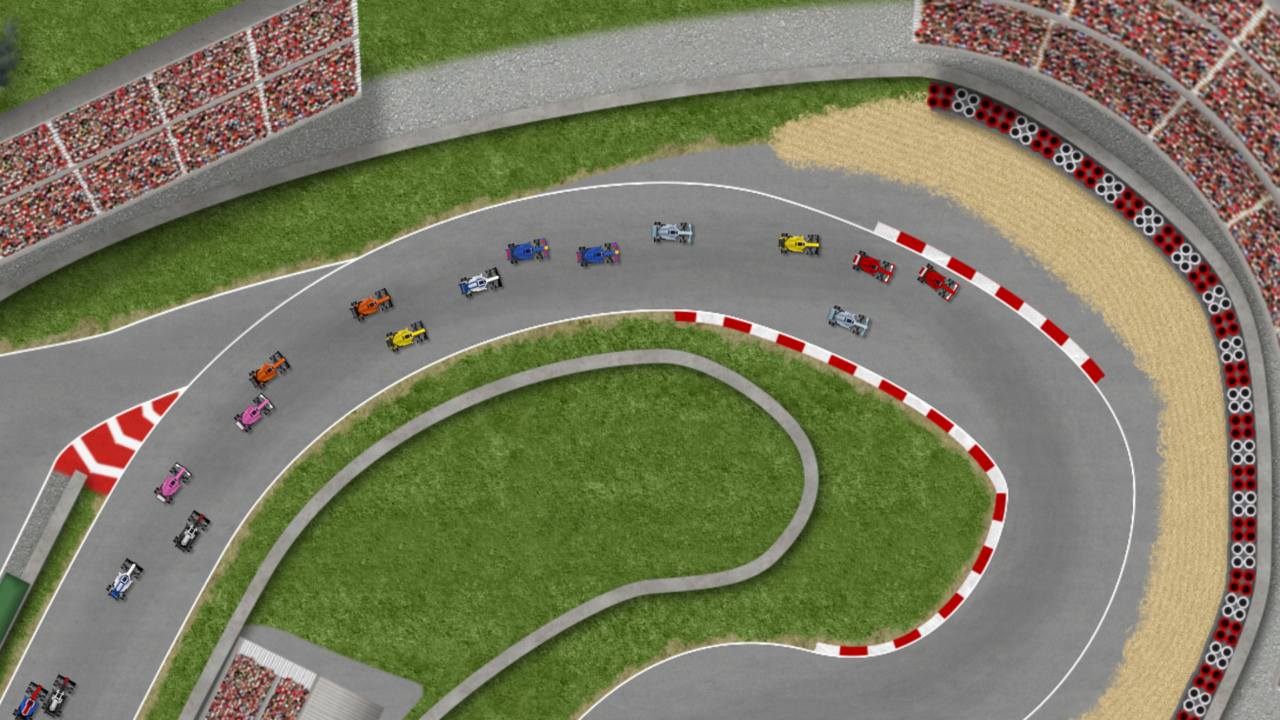 While in career mode, you could be racing an F1-style car one race and possibly a tractor the next, but overall each vehicle and class brings something new to the mode to keep it fresh and fun. If different classes are not to your liking, the game also offers Championship mode, which allows you to focus on one vehicle type, and all your opponents will be racing in the same vehicle of your choice.

The control options are as basic as they get with UR 2D, but that doesn’t mean they are easy to master. The physics of the game requires you to learn the track, the vehicle and the surface — and how they all work together. 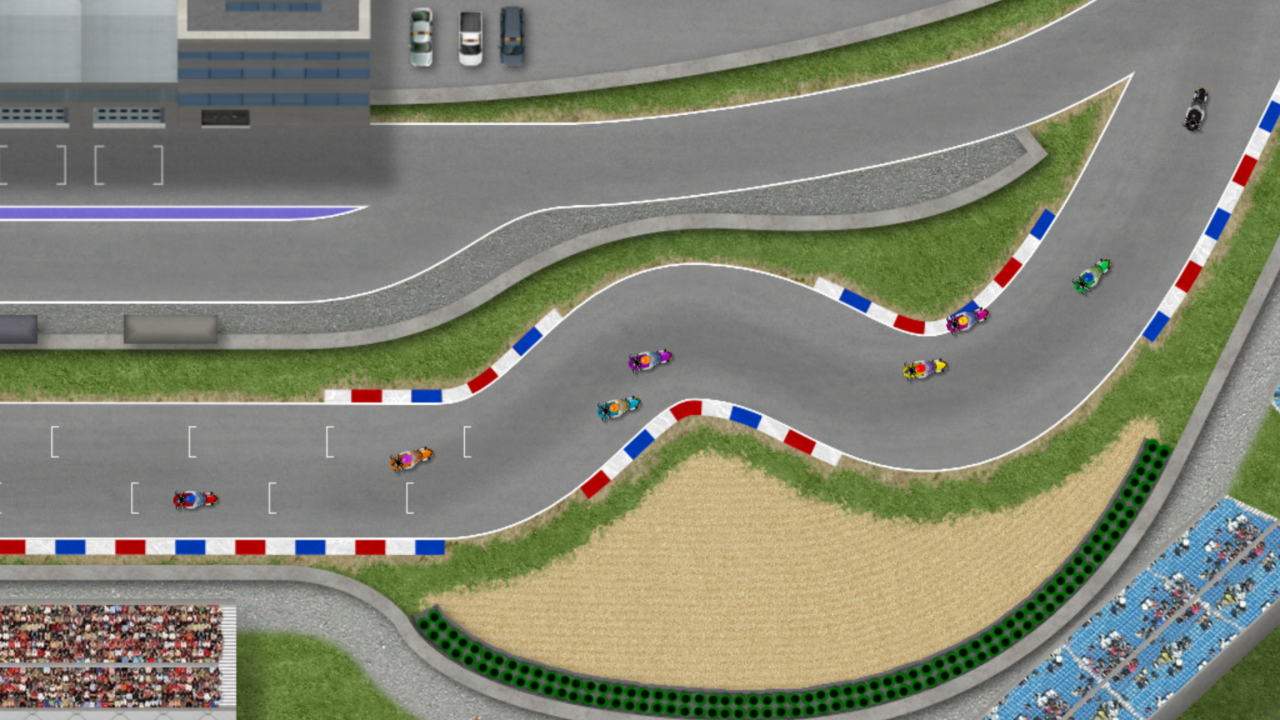 It can be a bit frustrating at times to deal with these different factors, so some tracks require a lot more practice than others. At the end of the day, some of your success will actually come down to your ability to take advantage of scenario momentum. Overall, the control scheme works and works well, but it just took me a bit of time to adapt and cope with it because I’m so used to playing other racing games that are unlike this one.

UR 2D offers both online and local forms of multiplayer, which is incredible considering how many AAA developers feel that is a waste of time and resources to include both. The reason I love the inclusion of both is that UR 2D lends itself extremely well to multiplayer in many forms and fashions, and if you’re attempting to go retro then local multiplayer is a must. 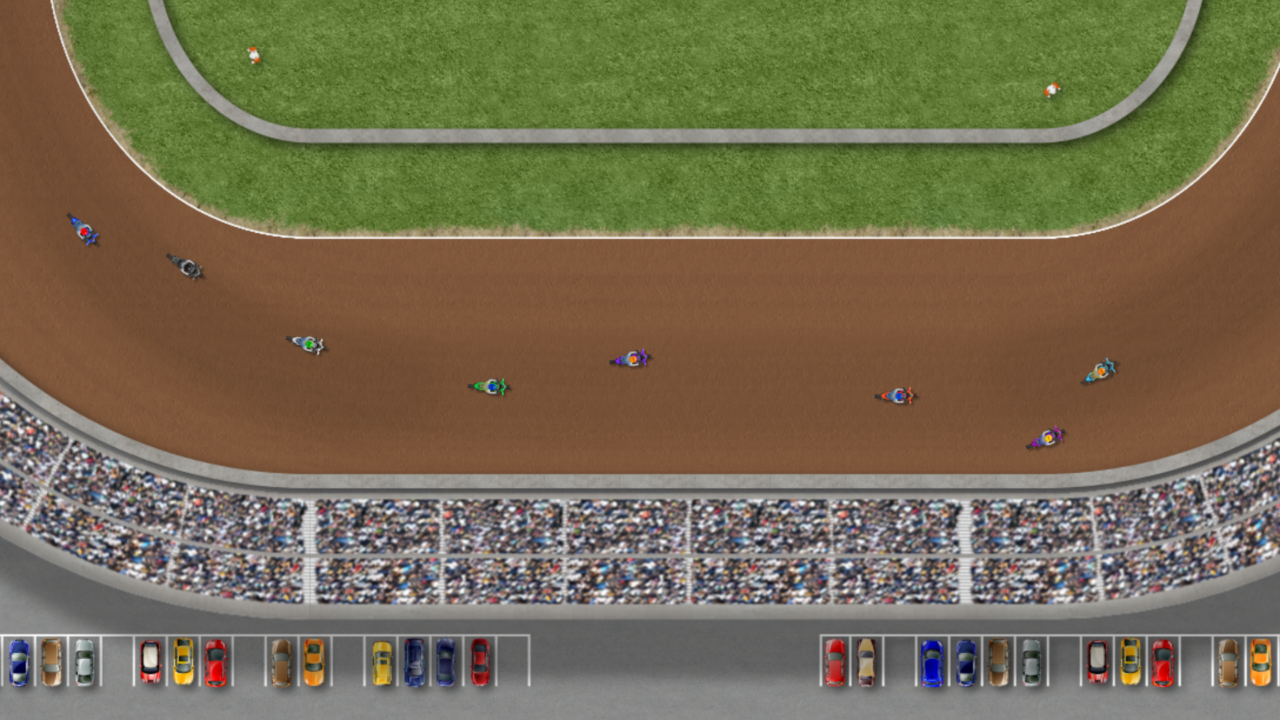 From my short experiences online, races were not that difficult to find, and AI can be included if you’re short on players. Also, the server experience was perfect for me and it felt like I was racing offline. The offerings are a bit sparse in terms of race variety, but overall the online experience with UR 2D is solid.

This seems like such an odd thing to praise a basic arcade racing title for, but Applimazing has created a nice aggressive AI for UR 2D. The AI drivers will attempt to block you from passing and become aggressive if you make a mistake in order to overtake you. And trust me, you will make a lot of mistakes. 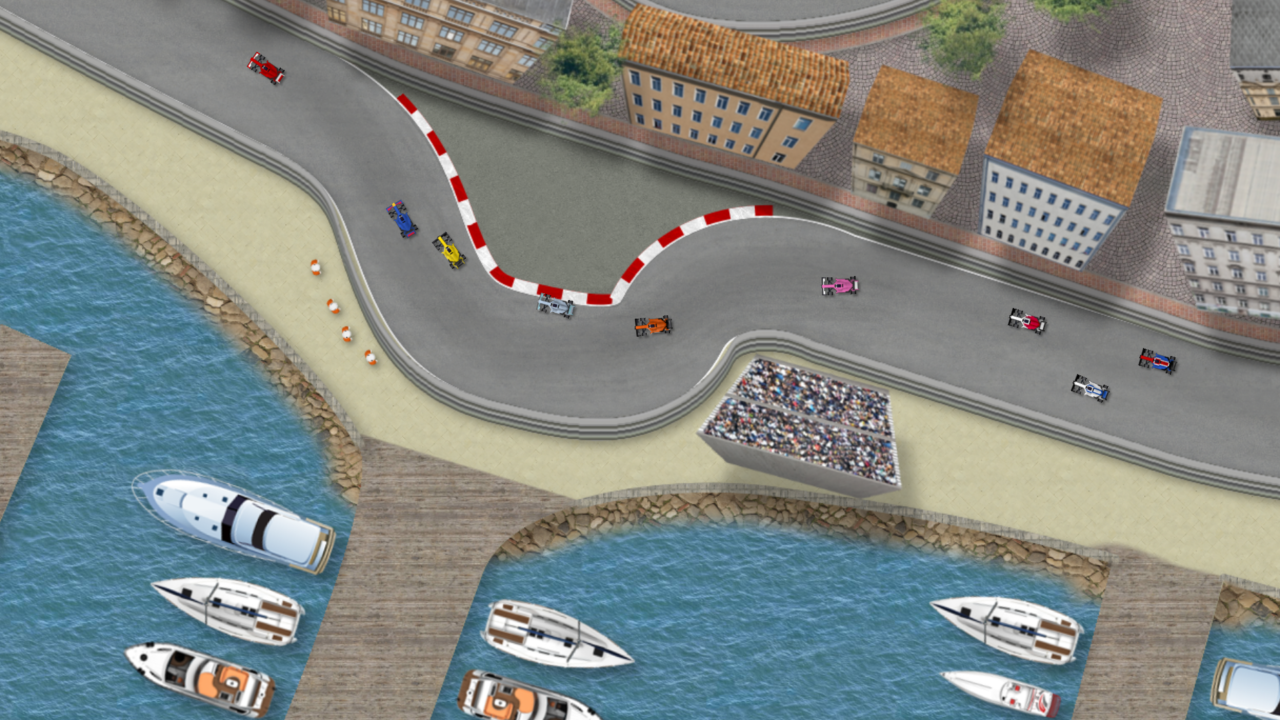 Often in racing titles, even in this day and age, the AI drivers feel like simple roadblocks on the track. However, in UR 2D they feel like they have a purpose and understand you are on the track competing alongside them. It’s wild to say this game has better AI than some of the most robust simulation racers, but it’s the truth in my experience.

It’s hard to judge a title that is reasonably priced ($9.99 on Steam if you don’t catch a sale) and contains a lot of options and depth, but UR 2D is sorely missing a simple car and track editor. Now I am not referring to the ability to add decals and paint liveries for every one of the vehicles in the massive library offered — that would be silly. I am simply suggesting the ability to adjust paint schemes and add numbers on top of the vehicles that allow for it.

The game currently allows for the customization of the driver’s name, team name and each individual driver’s ability. Allowing the changing of the car colors and adding an easier way to differentiate between the masses would be a welcomed addition.

Staying with that theme, a track editor would have been amazing, and seemingly so simple. Yes, the game does provide more than 45 different tracks, which is awesome, but with so many vehicles and class types, the ability to race a full championship on accurate tracks and venues would have been a solid inclusion. Hopefully, the developers see the need and can possibly add a track editor in a future patch.

Listen, Applimazing wasn’t trying to plant Ultimate Racing 2D in the racing world lexicon, but what it was trying to accomplish, it did so on many levels. UR 2D brings a lot of depth, a lot of tracks and vehicles, and most importantly, a lot of fun — even if only in spurts. The game offers a little bit for everyone of all ages, and it’s a break from today’s intense gaming realism. At $9.99, the price is perfect for a title that is simply looking to combine some old-school fun with a bit of depth.