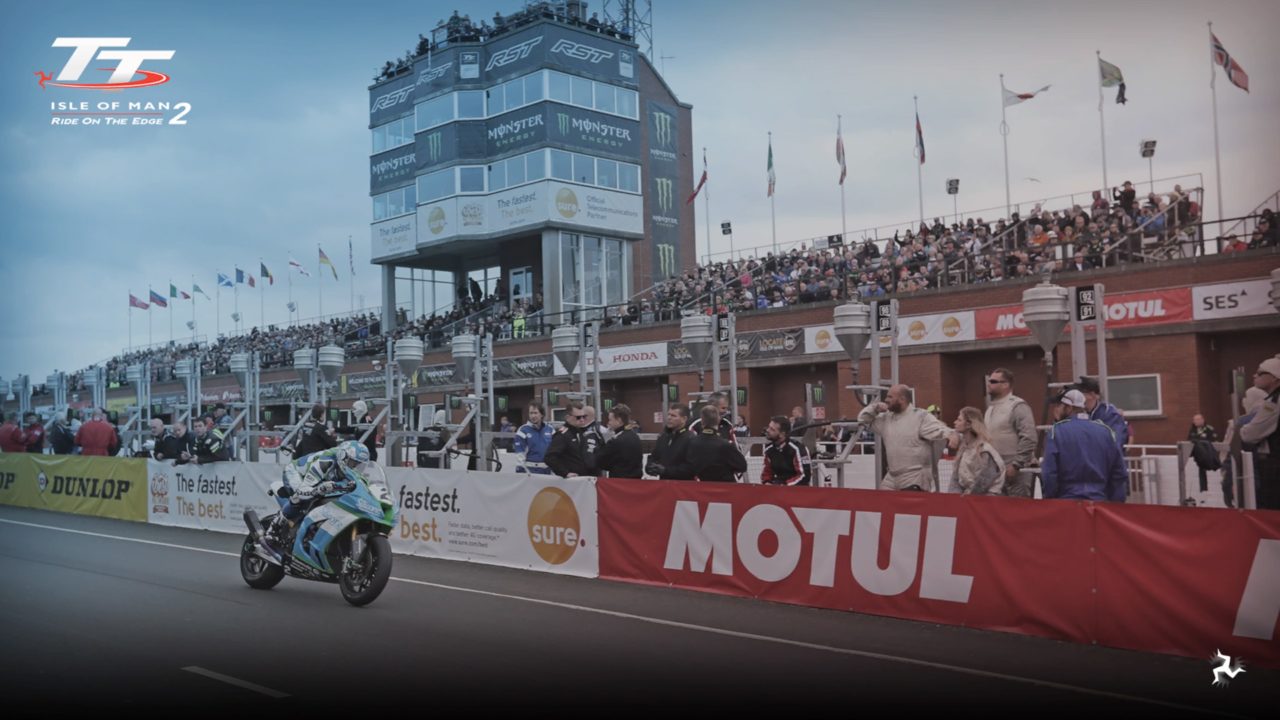 For fans of the initial Kylotonn TT Isle of Man release in 2017, you’re in luck. The world’s most challenging motorcycle race is back with TT Isle of Man 2, and with some solid improvements and a deeper experience. The first game caught me off guard, and I found myself doing research to understand what this series was all about. After months of racing in the first offering, I couldn’t have been more excited when the sequel was announced. Now it’s time to find out if the three-year wait was worth it.

The career path in TT2 will follow a bit of different arc than say what you would see in a NASCAR or F1 game, but I found the flexibility of the choices added variation and replay elements throughout. You start out as you would in most career modes, racing an initial race and hoping the results will lead to a contract waiting for you. 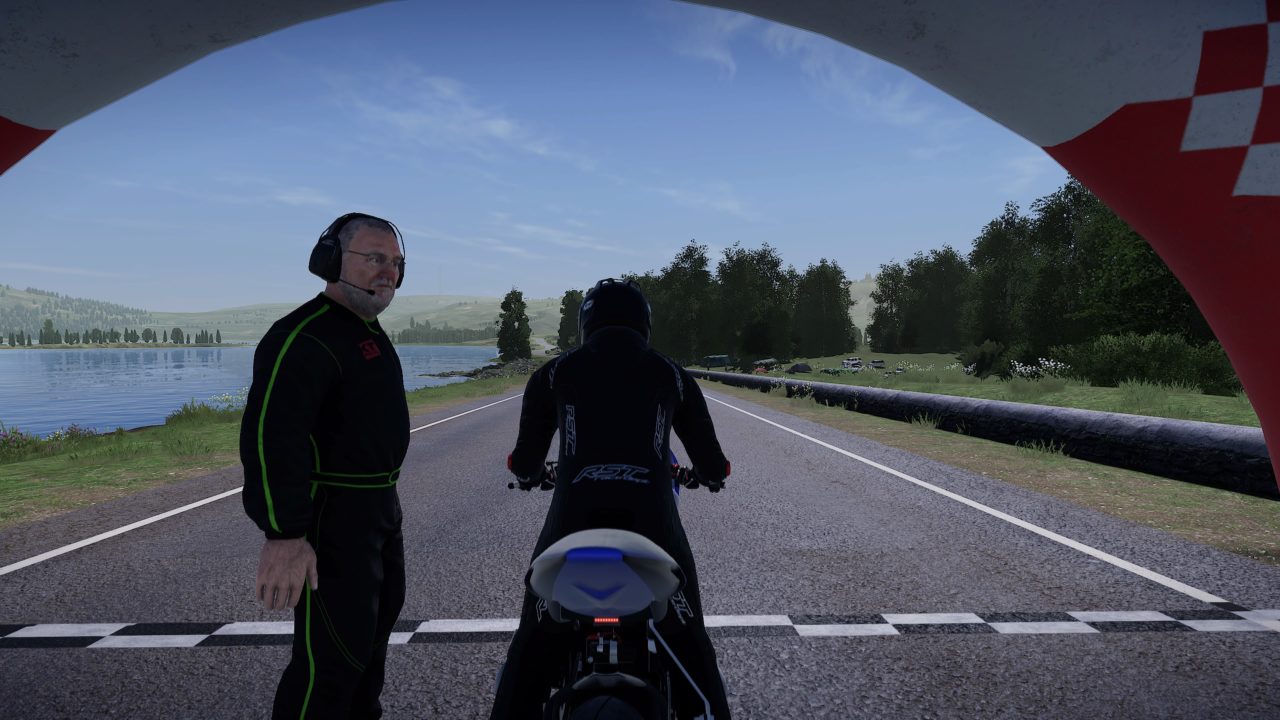 Once you sign with a team, that’s when the fun begins, and you find yourself thrust into the Junior TT circuit and the Irish Championship. As you progress, you will find all the information inside your career hub that is clearly displayed and easily accessible. The “hub” allows you to see your schedule, read your emails, check standings and what opportunities await you next. 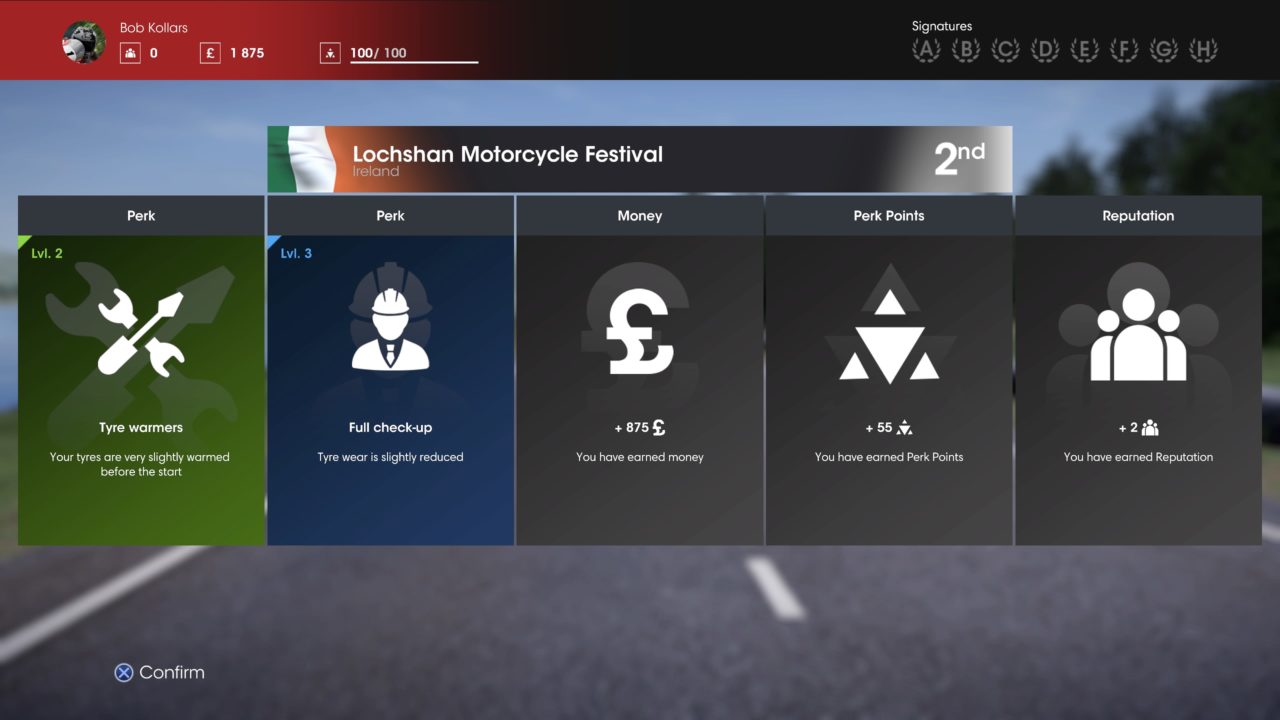 On top of all the above information, the career hub will help you upgrade or purchase new bikes you can use outside of your team designated bike that you are automatically associated with during official races.

Career mode does help you along as you have a manager to help navigate the schedule and options. In addition, when you perform well you will unlock perks that can be implemented. Some of these perks will reduce time in the pits or the time it takes to recover after a crash, while others offer a better reputation increase or bigger payday.

In the end, the career mode was deep enough to really hold my interests and offers enough variation to keep the inevitable monotony at bay for quite some time.

The challenge in TT Isle of Man 2 is substantial, and it’s meant to be. If you have any insight into the real endurance race, and the perils and dangers that these racers endure, then the difficulty the game throws at you is completely understandable and warranted. 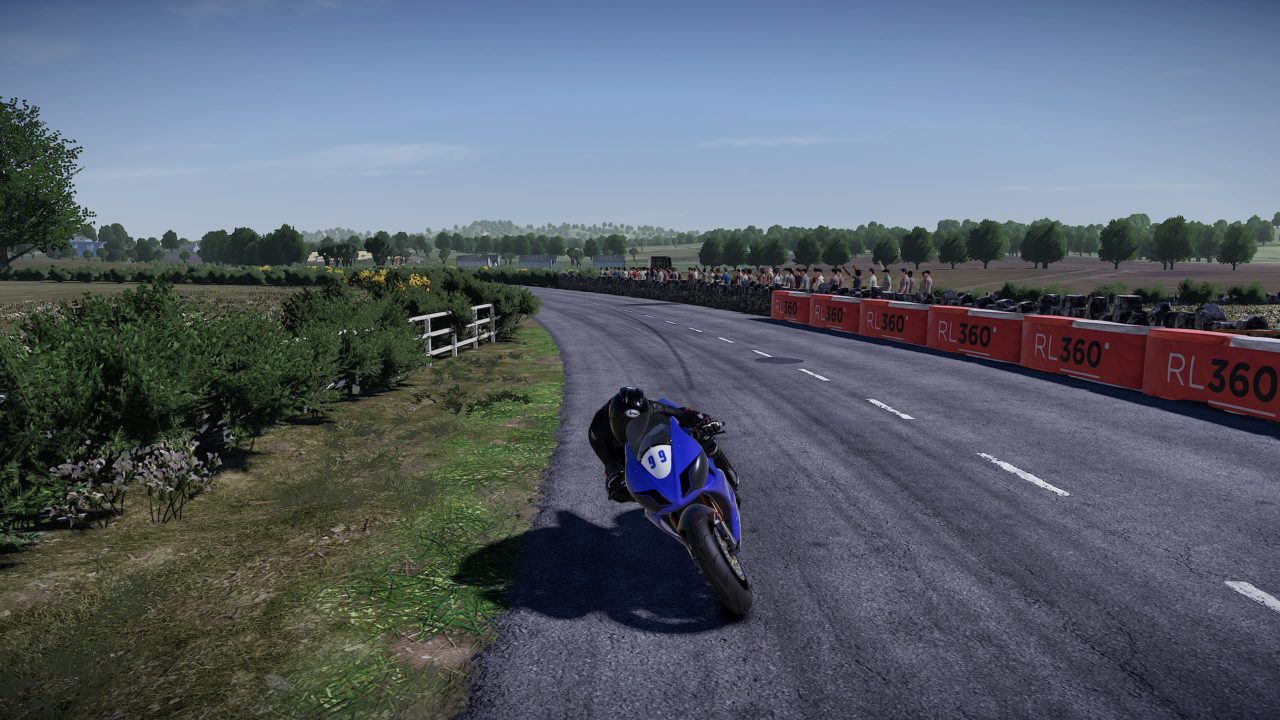 I can best describe the game as frustrating, nerve-grating, and controller-destroyer inducing, but I loved every minute of it. TT Isle of Man 2 forced me to focus in a way a game has rarely ever done, and by doing that, it brought me into the world they had re-created and helped shape an incredible sense of personal connection.

The difficulty can obviously be adjusted, but please do yourself a favor and take on the challenge that Kylotonn has delivered here head-on as it was intended.

Trying to acclimate yourself to the style of racing in Kylotonn’s sequel is a bit easier than what I experienced with the previous iteration. The tutorials do a very good job of explaining how each bike works, handles and performs. It also explains how to approach different types of track sections and switch your racing view. This may seem like pretty basic stuff, but because of the challenge and difficulty that is built into the game, the tutorials are almost a must. 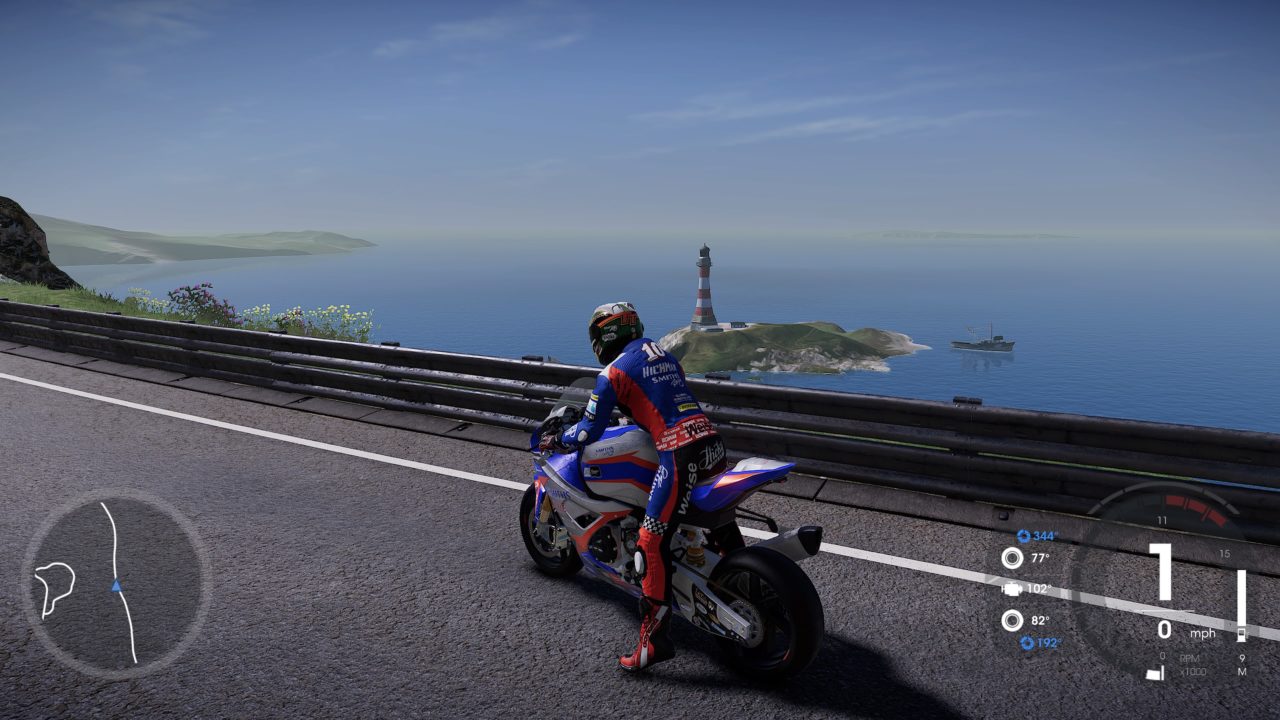 There is nothing groundbreaking that is created or delivered with the tutorials, but if you are new to the series, the tutorials do a wonderful job of introducing you to the types of bikes you will be racing, how they handle, and how each style can be adjusted throughout your time with the game.

Game options and modes were an issue with the first TT Isle of Man back in 2017, and while Kylotonn has added new physics, classic bikes, and other tangible inclusions, depth is still a big enough issue that it warrants landing on this list. The sequel is deeper than its predecessor for sure, but for those who are new to this series, you may find the options and modes a bit lacking compared to other racing titles.

I love the new bike-to-ground physics and interactions and the newly implemented physics system, but as with anything new, there are some quirks, and TT 2 is no exception. At times on the course, I would find my bike losing complete control after simply grazing a curb even at slower speeds.

There were other times when I would lose control against an AI rider after nothing more than a small interaction of our bikes. It’s not a huge deal, but the AI driver would get away unblemished and I would eventually find myself splayed out somewhere on an Irish roadside trying to gather my bike. 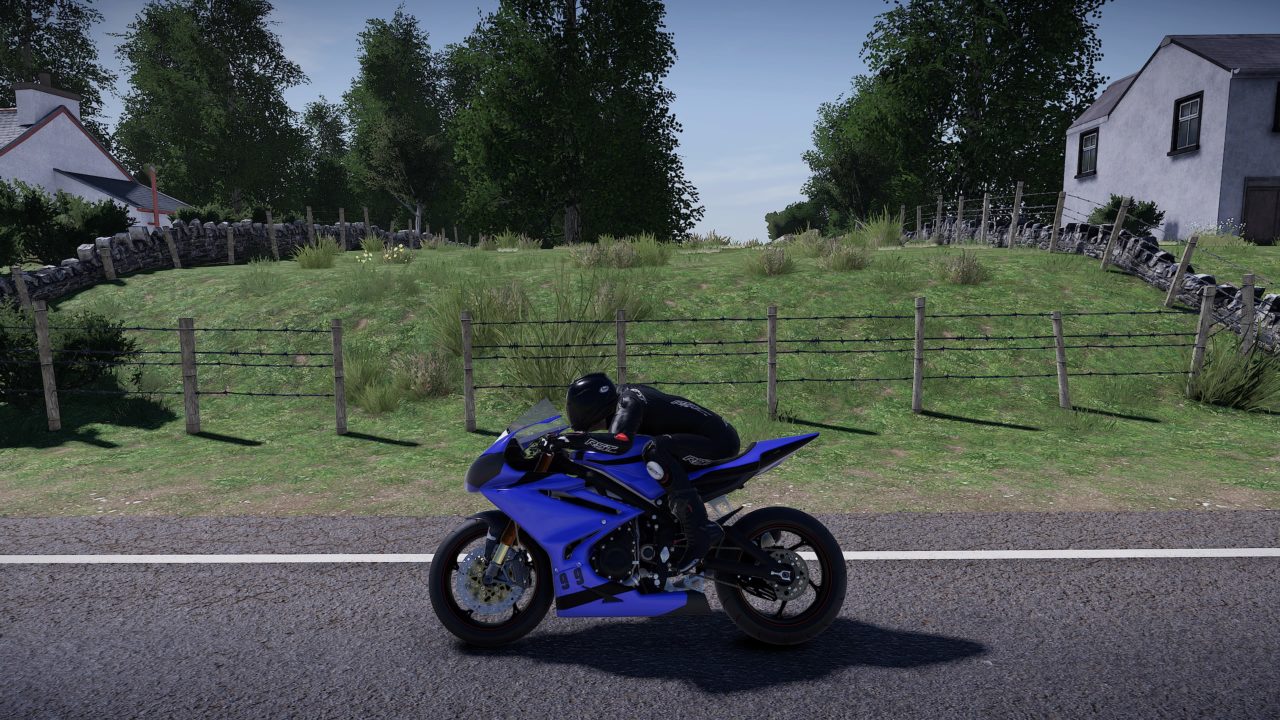 Staying on the topic of AI and human interactions, there were moments of weirdness where I would drive underneath an AI racer, and he would pop up in the air and land with no impact at all. A one-time occurrence could be considered an anomaly, but I watched this take place frequently enough that a mention of it here seems justified.

TT Isle of Man 2 isn’t going to be for everyone because it delivers a challenge where endurance and focus are going to be the main attributes you need to succeed. Not everyone will want to commit to something like that. For myself, I was able to embrace that challenge and accept it for what it is. TT Isle of Man 2 is a licensed endurance racer that can be incredibly hard at times, and it’s full of nuances that make it difficult to master. However, it is easier and more accessible than the first game.

There is a steep challenge built inside this game, but the payoff is well worth the price of admission. If you have any interest at all in something like that, then adding TT Isle of Man 2 to your rotation is an excellent choice.