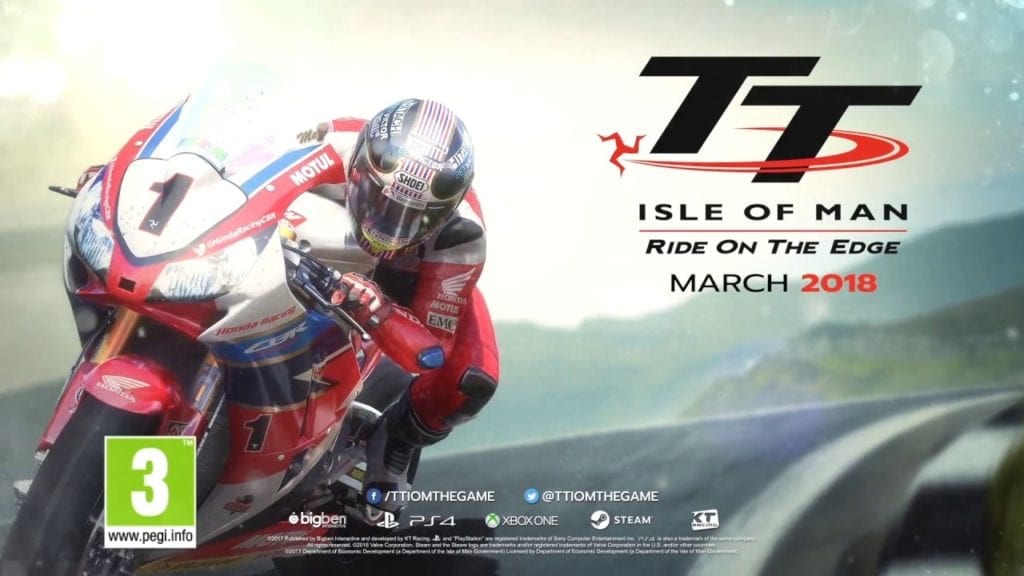 If you’re not familiar with the TT Isle of Man race don’t feel bad, but if you’re a racing fan at all, I would highly suggest becoming aware of what it is. This motorcycle race, billed as the greatest show on earth, is a an endurance race that is held on the Isle of Man, with drivers ripping through the countryside at over 200 mph. Throw in the fact that this “public roads closed course” track also delivers tight straightaways, hairpin turns, blind corners and ultimately forces each driver to possess the ability to see their next two to three moves before they even happen.

One of these scenarios is hard enough to navigate, but mix them all together, and you have a recipe for some of the greatest technical racing the world has seen — and some of the most dangerous. So why is this important? Well, developer Big Ben has decided to try and capture the excitement of this yearly spectacle in its newest title, aptly named TT Isle of Man: Ride on the Edge.

It had to be an enormous undertaking to create a control system that replicates the handling of these bikes going over 200 mph, but also provide for the precision to navigate these courses with the utmost accuracy. What’s incredible is that Big Ben pretty much did just that. Trust me when I say this though, you will absolutely struggle from the get go in trying to understand the nuances of the controls. That said, once you start to understand the precision and range of motion that is allocated to the user in this instance, it will start to feel very natural. Forget what you know from your standard racing title, and focus on the give and take of this title. One’s understanding of smoothly rolling through corners, and allowing the bike to be as one with the track is incredibly important to your on-track success, and a testament to how strong the controls are in this game. 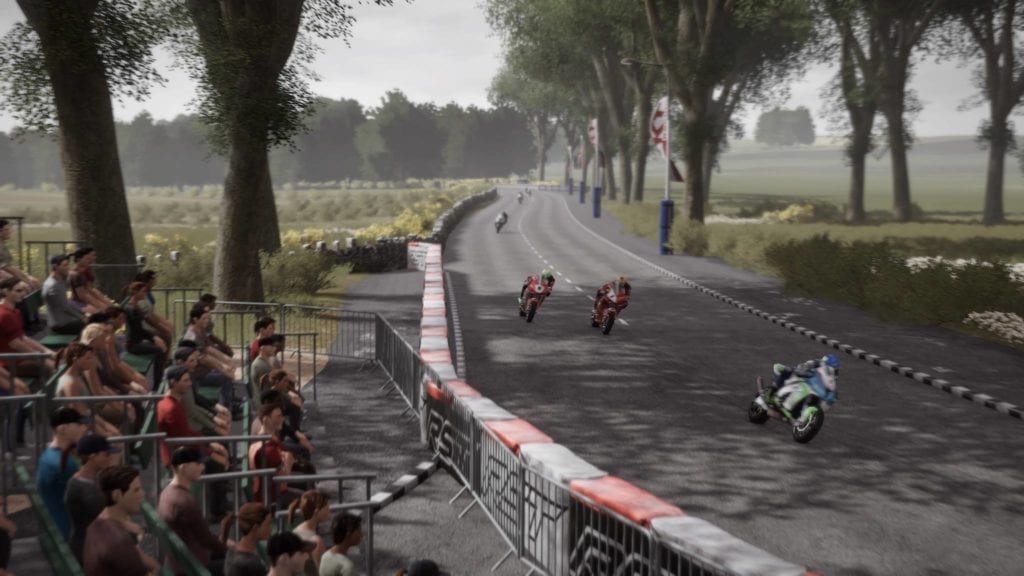 As previously mentioned in the handling segment, TT Isle of Man is an incredibly technical game. Each of the nine fictional tracks will require you to devote time and energy into understanding individual layouts, all while making mental notes of the numerous pitfalls that await you. The title requires you to learn how each of the 40-plus licensed bikes handle, and to focus for the entirety of the race, or feel the agony of defeat (which I often did). The physics were a nice surprise as they realistically deliver a feeling of what each bike felt like, its connection to the surface, and the handling of the riders’ weight distribution in a turn was just as impressive. On top of that, the developers did a nice job with the crash sequences, and the while the rag doll effects were nothing I haven’t seen before, they came across as natural and not overdone.

We have seen some amazing advances in sports title career modes over the last couple of years, and while TT:IOM doesn’t fall into that category, it is still a solid effort. It’s hard to describe an offering as under developed, and still classify it as something I liked, but that is exactly what I am doing. Your career genesis finds you as a young rider with limited funds just trying to make a name for yourself. Initially, the bike selection is limited, and so is your fanfare, but that can all change with a little bit of on-track success. Trust me when I say that career mode is really nothing more than a series of text messages and emails from your agent explaining what races are available, and what might be your best option. Cross the finish line first, and your fan base is boosted, as well as your bank account. The funds you win are used to purchase bikes, which in turn will give you better shot at winning. If you’re looking for a research and development structure, haggling over contracts, or the ability to upgrade your riding gear, good luck, because it’s not there. However, what is there is a quick turnaround to the next race, and for me that was fine because that’s where I found the most enjoyment. 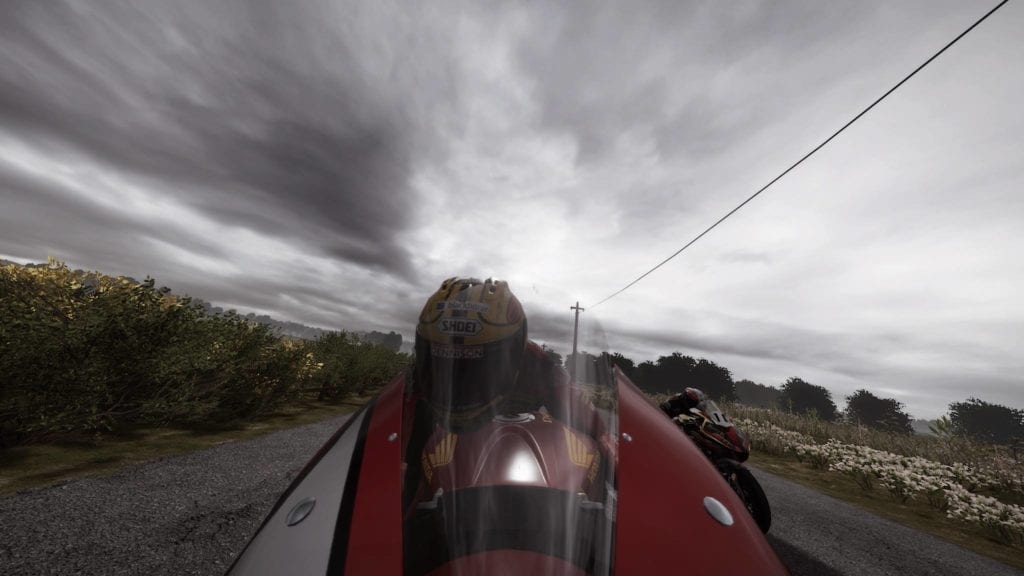 If you have 90-plus minutes with nothing to do, then may I suggest tackling the main course of this title, The Isle of Man, Tourist Trophy event. Be prepared, as the game is going to push your limits with over 37 miles of high speeds, twisted turns and white knuckle racing at its best. The AI is aggressive but fair, and that’s important because the track itself is all the competition one will need during this test of one’s will. The race is held on the Snaefell Mountain Course, and it is definitely not for the weak of heart, as nothing will prepare you for the watery eyes and heart-pumping danger at every corner experience that awaits.

I think it is pretty obvious that I love the technical aspect of TT:IOM, but obviously a game and its developer(s) need to provide more than just that, and this is where TT:IOM struggles a bit. There is plenty of excitement and realism to be had on the track, but that can only take you so far. My fear is that with such a weak online offering, and average career mode, the longevity of this title might be an issue for some. I completely understand that the focus is on the licensed event(s), but the lack of depth here is eventually going to be a struggle for a decent percentage of users. 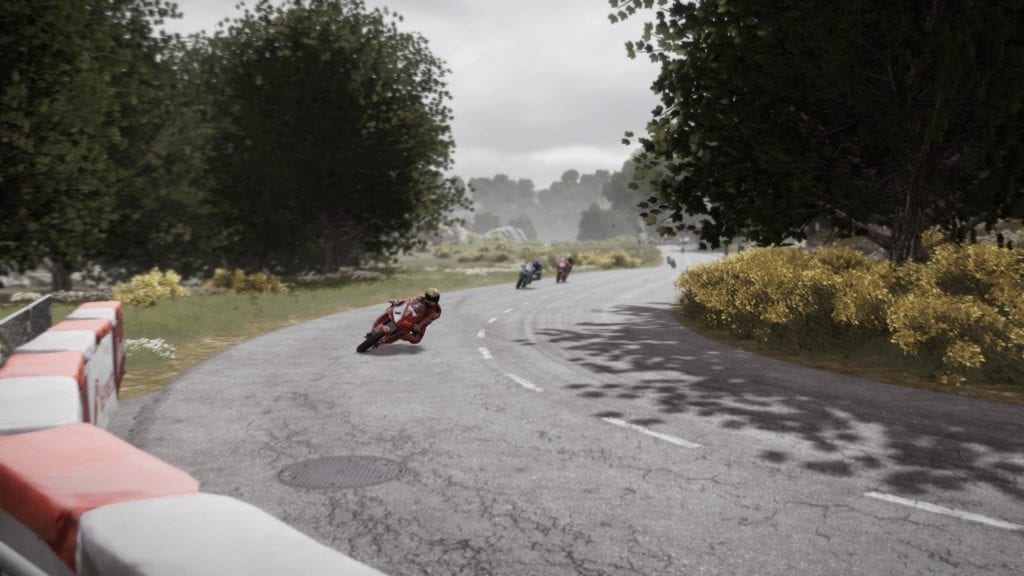 The online portion of TT:IOM is nothing groundbreaking and actually is extremely thin. The developers have provided a pretty standard set of options in join or create a race, and offline MP, otherwise known as couch MP. Two options, that’s it. While the ability to set up these modes exactly how you want them is somewhat of a redeeming factor, it’s just not enough. The option to fill the field with AI was nowhere to be found, or to run an online championship/season, or even something as standard as online time attack with leaderboard. The game does offer a time attack in solo mode, and a leaderboard, but this could have been fleshed out so much more in an actual online mode, and in the end feels like a wasted opportunity. 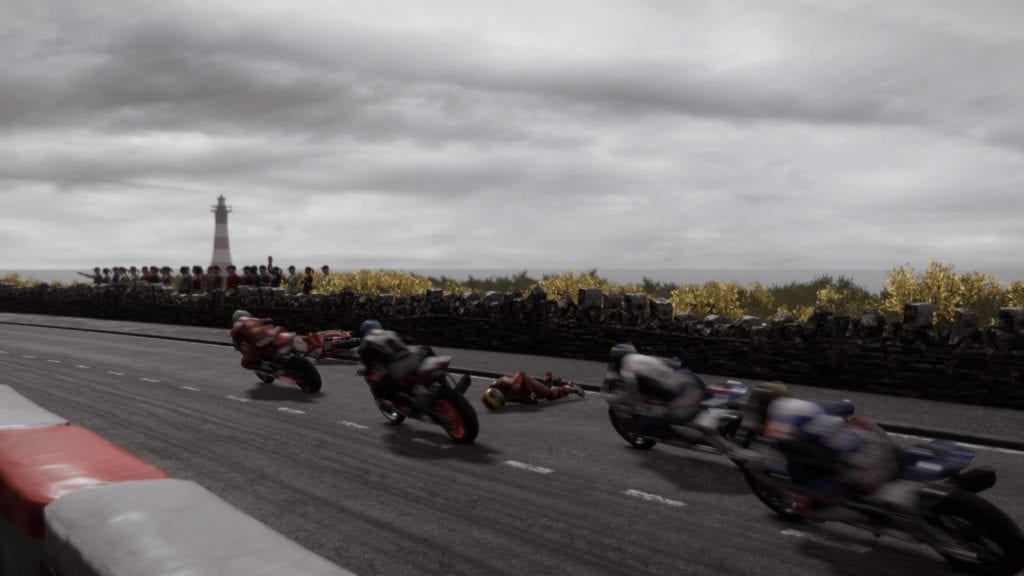 If you come into TT:IOM with the expectations of full TV-style presentation, a deep driver creation suite, or a full camera/DVR mode to cut and copy your way to award winning race recaps, then you will be sorely disappointed because TT:IOM provides almost none of that. The driver creation is limited at best, the game provides very few cameras to choose from, and the only replay system is the option to watch the full race replay once it is completed. I am not sure if it was budget, team numbers or time constraints that limited these areas, but the fact is that the presentation is lacking. While in no way does this take away from the on-track experience, but I would expect more from a title in this day and age.

This title is so hard to define and breakdown for the community because the racing, bike physics and AI are top notch, but there just isn’t much more for me to gloat about. I believe the title is worthy of a spot in your rotation, but only if you have a true understanding of the level of return of investment. For some, it simply will not be enough, while others will fall in love with it.