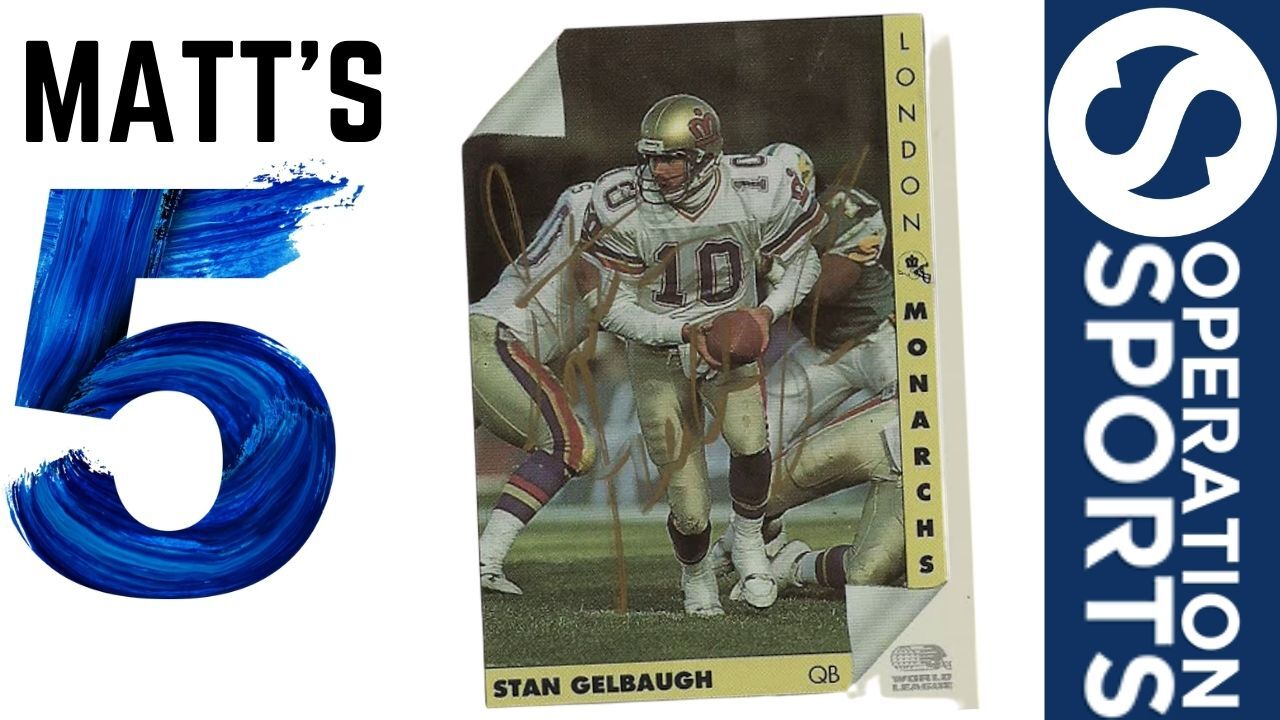 Matt is back with perhaps my favorite top 5 list he’s ever done, the top 5 worst Madden QBs of all-time.

Stan Gelbaugh is just one of the distinguished names on this list. The only caveat to this group of esteemed QBs is the same one that applies to Matt’s list of the worst NHL players of all-time: the ratings scale changed after a certain point in EA games. So, in effect, this really turns more into a retro look at the Madden series as we go through the worst quarterbacks to ever make it into the game.

Can you guess the other names on this list before even watching?

Old Madden Franchise Features: Are They as Good as We Remember?
Top 5 Launch Sports Games of All Time - What's Your List?