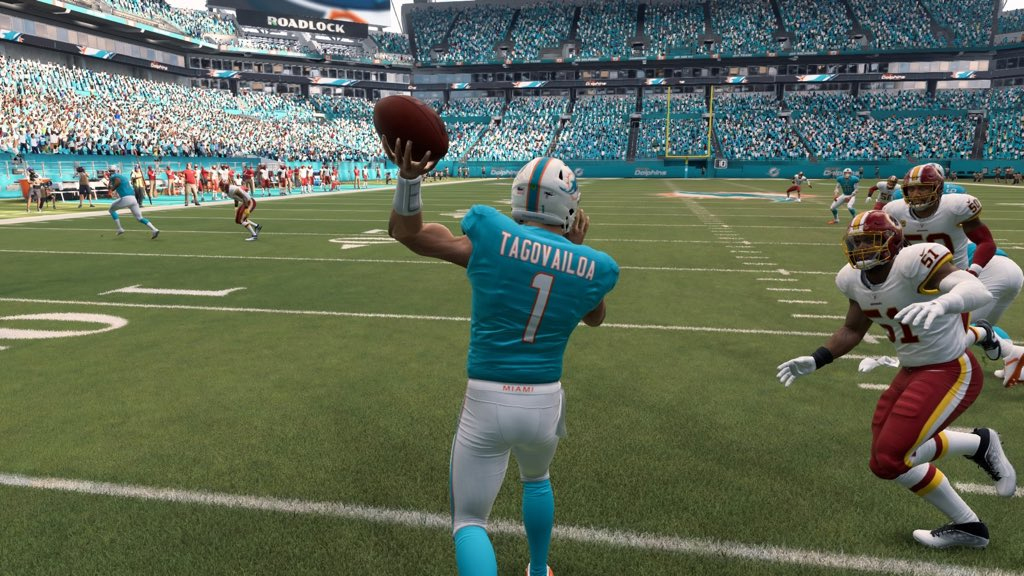 One of the few things I look forward to going from one Madden to the next is each team’s newly assigned rookies. And while the trenches may have more of an impact than we give them credit for on a daily basis, it’s the rookies at the skill positions that get me most excited. We know speed kills, but sometimes elusiveness, route running and accuracy can have an equal impact on your game.

This year’s draft was filled with talent, but I did my best to narrow it down to the top 10 rookies in Madden 21 that I most want to play with right now.

No quarterback in the history of college football has ever had a season as good as Joe Burrow’s 2019 campaign, which finished with a Heisman and National Championship. And now, for the first time in years, the Bengals have a quarterback the fans can be excited about. Burrow doesn’t have the elite arm strength, but his accuracy and ability to move around the pocket is second to none. Cincinnati should be a fan favorite in 2021. 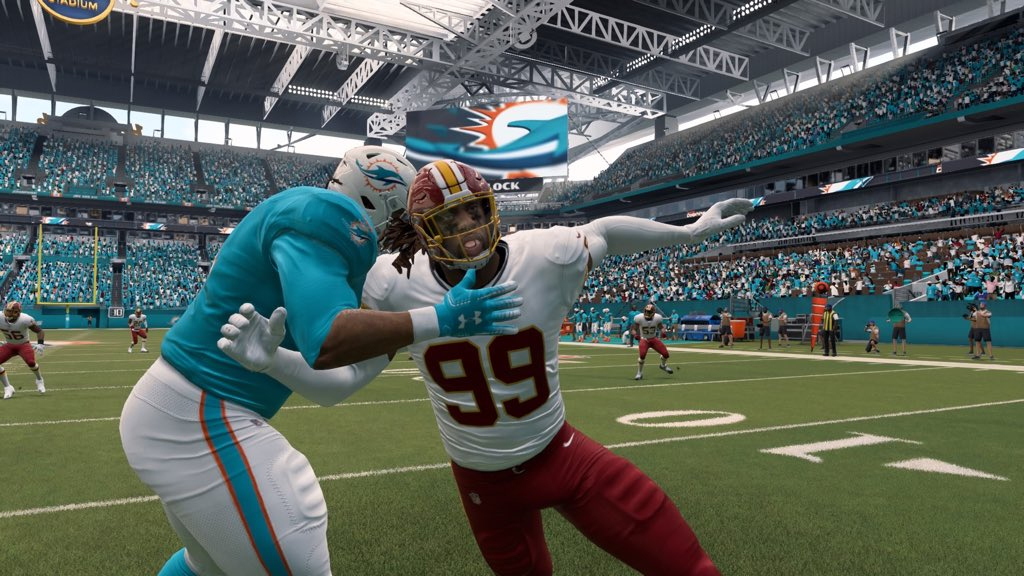 The defense is typically at a disadvantage when it comes to Madden. So obviously, being able to get pressure on the quarterback is the best way to counter this. In this year’s draft, Chase Young was the best overall player, in my opinion. And with the type of speed he will bring off the edge for Washington, it should make life difficult for opposing QBs. And as we know, not having time to allow those deep crossing routes open up could be the difference between a win and a loss.

I can’t sit here and confidently tell you where Isaiah Simmons will line up on Arizona’s defense, but there’s a pretty good chance he won’t be limited to one position. Listed as a linebacker, Simmons has the versatility to play multiple positions in Arizona. And whether you’re playing Ultimate Team or hoping to take the Cardinals to the promised land, Simmons is a playmaker that can change a game. Simmons will be a fan favorite in Madden 21.

The last time fans of Madden had a star-level, left-handed QB to escape left and heave bombs with, it was arguably the best player in the history of the game. Tagovailoa isn’t anywhere near the type of playmaker on the ground as Vick, but he has an aspect to his game similar to Russell Wilson. Very few QBs are as efficient and accurate as Tagovailoa, but he won’t be the highest-rated rookie. Still, the potential for him to be one of the most exciting players to use in this year’s game is certainly possible.

Indy’s offense took a step back in 2019, which was expected after losing Andrew Luck right before the 2019 season kicked off. Now with Philip Rivers under center and a ton of playmakers already in place, what more could the Colts do to improve that offense? How about adding the only player in NCAA history to rush for 6,000 yards in three years? Taylor can do it all and should be one of the most explosive running backs in Madden 21.

When it comes to defense, some users like to control linebackers or safeties. But for others who may lack the necessary stick skills, they prefer to play defensive end or tackle. Enter Derrick Brown, one of the most dominant defensive players in this year’s game. Brown can play inside or outside, and has the tools to be a vital cog versus the run and a menace at rushing the QB. Carolina should be a fun team to use in this year’s game. And for as good as the offense might be on paper, the defense isn’t far behind. 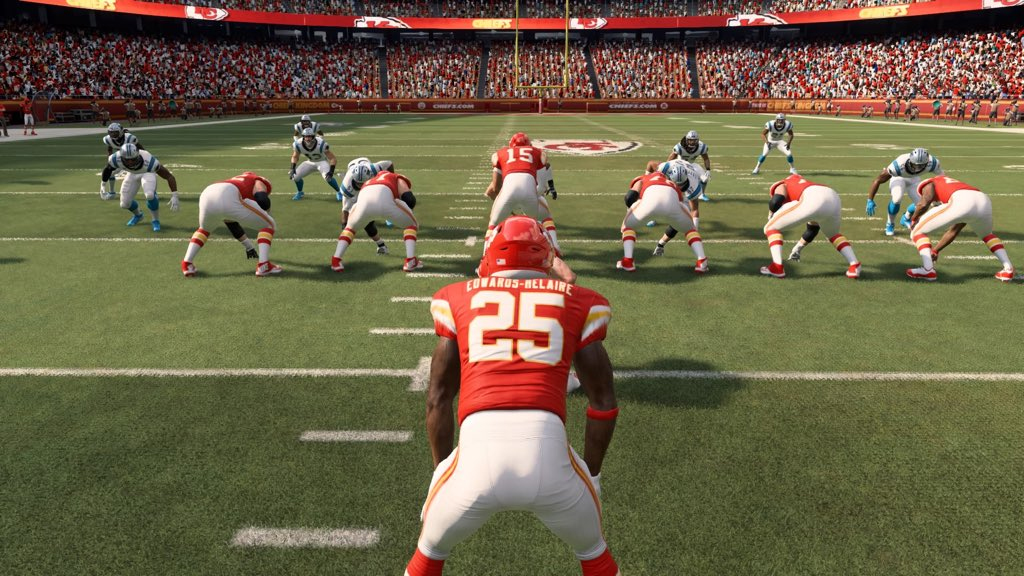 CEH was the first running back selected in this year’s draft. And lucky for him, he’s headed to this year’s Super Bowl champions, the Kansas City Chiefs. The Chiefs were able to win the Lombardi with Damian Williams and the rest of the Chiefs’ running backs. But adding a talented player that can break tackles, in addition to being an asset in the passing game, is unique. Andy Reid’s offense was already overpowered in Madden, it’s only going to be more unstoppable this time around.

For years, Al Davis and the Oakland Raiders would have high draft picks. And year after year, they would use that draft capital to get a blazing-fast player. This made them a friendly team in Madden. This year, that electrifying player is Alabama wide receiver Henry Ruggs. Ruggs ran a 4.27 40-yard dash at the combine, and that speed should translate to the virtual gridiron. Las Vegas’ offense might not be complete, but adding Ruggs to a young, speedy offense should be fun.

I can’t pretend that there’s a line of people waiting to use the Detroit Lions in Madden 21. But for as disappointing as Kerryon Johnson has been, adding a talent like D’Andre Swift could change everything. Swift can run between the tackles and has the ability to make defenders miss in the open field. He’s also a playmaker in the passing game. Detroit’s offense has been searching for a running back with his skills since Barry Sanders retired in the mid ’90s.

Baltimore’s offense is already overpowered. Adding a running back with J.K. Dobbins’ skills is going to make them even that much more difficult to stop. Dobbins joins an offense that already has the cheesiest player since 2004 Michael Vick in Lamar Jackson, and a plethora of weapons on offense. He is a player that all fans should be excited to add to the Ravens’ high-octane offense. and he’s a guy who can make an impact no matter where he lines up.

Which rookies are you most looking forward to playing with in this year’s installment of Madden? Let us know in the comments section below