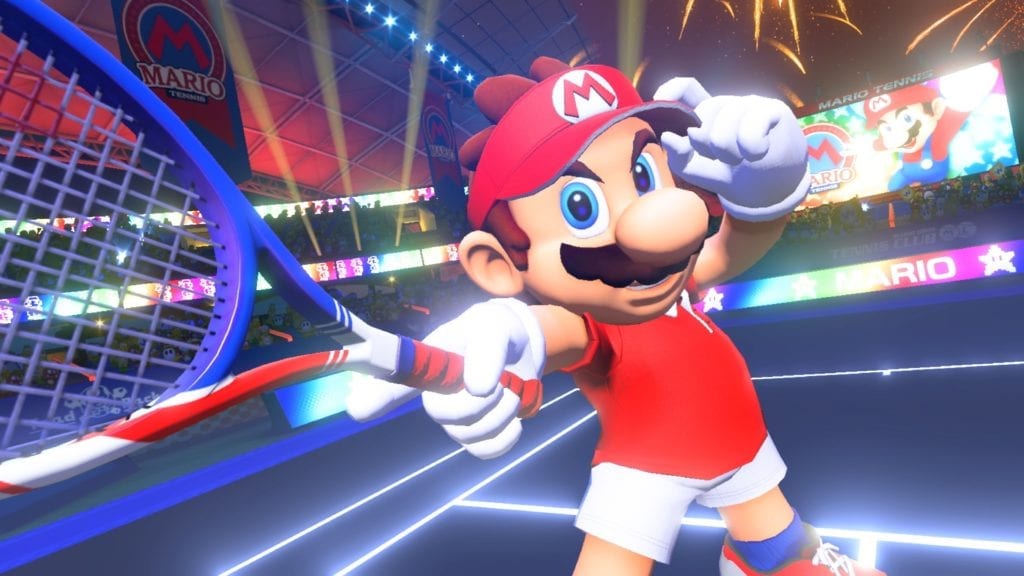 I have now had adequate time with Nintendo’s latest tennis game, Mario Tennis Aces. Previously, I wrote a review and explained to readers why they should spend their hard-earned money on the latest from Mario and company. Now that you have the game, what’s next? The answer, finding the character who best fits your skill set. After all, when playing any video game, selecting a character can be among some of the most difficult decisions you may face. Lucky for you, I am here to help. Below are my top 10 characters in Mario Tennis Aces.

Spike is an unusual character, and at times feels as though he doesn’t belong. His small frame can be deceiving, especially once you realize he’s a powerful striker. I can’t help but laugh when using him, as he appears to be 10 times smaller than his opposition. In fact, I think the saying “it’s not the size of the dog in the fight, it’s the size of the fight in the dog” quote was derived from this little dinosaur.

I know, everyone is shocked I have the popular plumber this low. Perhaps it’s because I’ve been playing with Mario from the very beginning on the original Nintendo. Or maybe it’s just because his vanilla playing style is too meh for me. Nevertheless, Mario is one of the few all-around skilled players in MTA and can do it all. Tricky, defensive, powerful, speedy, those are all traits that the iconic plumber possesses. You might not want to choose him, but you won’t be able to say no to that face forever. That I guarantee.

It was tough not to move Bowser Jr. higher up my list. The fact that he rides around in a mobile robot equipped with arms that extend is pretty awesome. He’s also extremely elusive and his defensive skill set comes in handy against tougher opponents. Don’t be afraid to give Bowser Jr. a chance, you’ll be happy you did.

I needed to keep things neutral when ranking my favorite characters, and pleasantly enjoyed the time I spent using Rosalina. She looks the part of a tennis player, and her sneaky quick moves made it difficult to not rank her higher.

Perhaps I’m just sick of seeing Mario or maybe it’s the villain within me. Nevertheless, the overweight bad guy is one of my favorite characters in MTA. He is able to bully opponents with his power and surprisingly can move around the court with relative ease. His special move is one that will leave opponents broken.

As you would expect, Donkey Kong’s strength is his power. For such a big ape, he moves around the court quite easily. His power is evident from the beginning. Shots that may not have whistled by your opponent with other characters seem to have a bit more heat behind them. His special move is incredible as he passes from cannon to cannon before blasting a wicked shot at your opponent. Be sure to use Donkey Kong in online games.

Luigi was once the outcast of the brotherly tandem. However, in recent years that has changed and remains true in Mario Tennis Aces. Luigi is key to the game’s storyline, and his speed and unique special abilities make him a favorite of many.

No matter what SMB game you are playing, Yoshi will always be a fan favorite. The egg-eating dragon often used to transport the brothers, and is also surprisingly good at tennis. He’s one of the fastest players in the game and uses his speed to run circles around his competition.

The bulky chain we spent endless years trying to avoid throughout the Mario Brothers’ saga is now one of the best playable characters in MTA. Watching him move around the court attached to a chain is entertaining, and his powerful skill set makes him a force to be reckoned with on the court.

There’s something about Waluigi I just can’t get enough of right now. His defensive skill set comes in handy, and his special move leaves me breathless. Whether it be his stylish purple outfit or his ability to moonwalk effortlessly like Michael Jackson, Waluigi remains my favorite character in Mario Tennis Aces.

Who is your favorite character to use in Mario Tennis Aces? Let us know in the comments below.