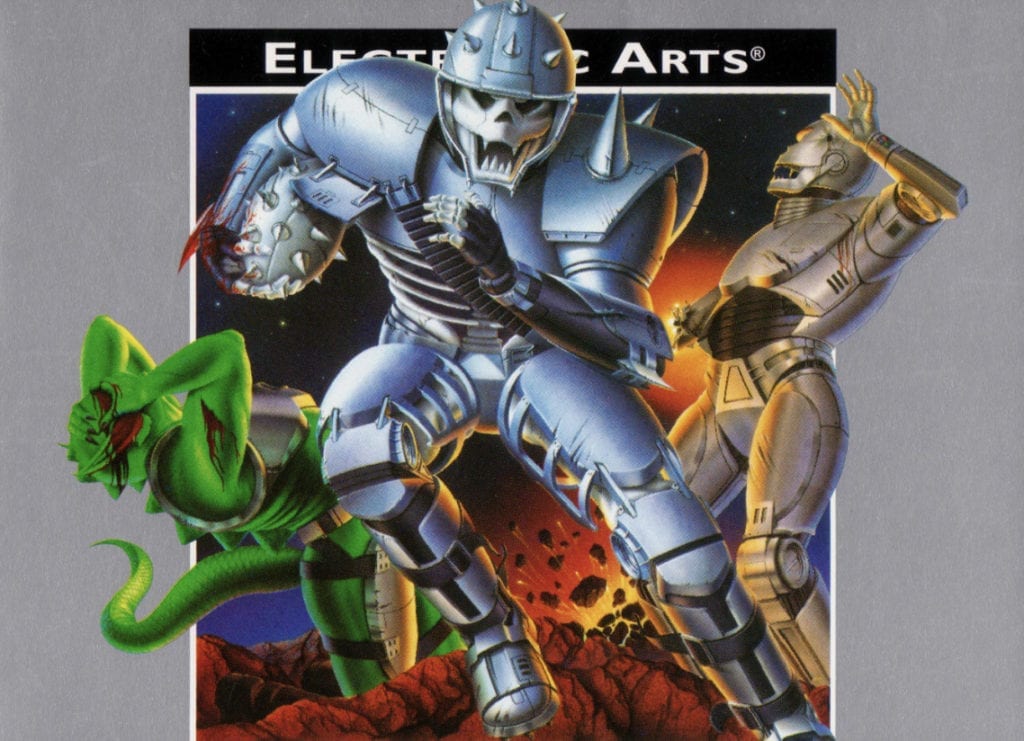 Some of the gaming veterans out there might be old enough to remember there was an entertaining football game produced by EA back in the early 90s. Instead of playing with your favorite players and teams, fictional monsters roamed the land-mine-filled stadiums, scattered throughout the galaxy. The game was Mutant League Football, and it was one of my favorite games as a child.

In this week’s Throwback Thursday, I look back at this memorable game, and look at how it might have stacked up against today’s sports video games.

There will always be debates over what the best football video games were during the early 90s. Tecmo was great, and Madden remained a close second. EA also produced Bill Walsh College Football, which remained the younger brother of the successful Madden franchise. However, EA had one last trick up its sleeve to keep consumers on their toes. That’s where Mutant League Football comes in.

Instead of using authentic players and rosters, EA decided to add mutants, landmines, fire pits, and other absurd items to make one of the best football games of all-time. Released in 1993, this post-apocalyptic football game redefined sports games. It gave consumers a fun alternative to the same old football games of the past.

What Made It Great?

The best part about Mutant League Football were the additives. We’ve all played the Tecmo franchise, and to this day, we continue to indulge in the Madden series. However, one thing those games lacked was the ability to take the great game of football, and make it better. That’s exactly what EA did with Mutant League. The developer took their already great Madden franchise and made it even more entertaining. With the addition of mutants, zombies, aliens and other strange creatures, EA was able to revolutionize the game of football.

Games were played all throughout the galaxy, in some of the strangest places imaginable. Whether you were playing in the fiery depths of hell, or bouncing around on the gravity-malnourished moon, nothing was unimaginable. I can still easily recall running down the sideline unaware of the landmine that awaited. My fictional character “Bones Jackson” would explode, the football bouncing around aimlessly as my character was pronounced dead. Bones would be fine, but the creativity and depth that the developers put into the game was second-to-none.

Although the game seemed simplistic on the surface, it was a lot more intricate than even I remembered. The game featured 16 teams — many of which were modeled after a NFL counterpart — as well as three all-star teams. Furthermore, players were able to choose between nine to 12 plays, with the ability to audible at the line of scrimmage. There were several pass plays, run plays, trick plays and even a flea-flicker for each team’s playbook. Players were also able to “bribe” the ref, which could happen twice per game. More times than not, this would lead to a “nasty audible,” leaving the ref slain and bloody. The ref would be replaced by a much tougher enforcer that would penalize the murderous team immediately. Other additions that stood out were exploding footballs, invisibility and the ability to kill opposing quarterbacks. Fire pits and landmines made every play that much more difficult.

Furthermore, Mutant League Football showcased several game modes, including exhibition, regular season, playoffs and practice. If you were able to win the championship, the losing team would immediately explode, causing destruction everywhere. Quarters could be adjusted to 3, 5 and 8 minutes. Users had the ability to adjust the violence level, with one being the least amount, and five being extremely bloody.

There are very few games that have the same kind of success stepping outside the box. Games like NBA Jam and NFL Street raised the bar, but have since faded away. Rocket League is a great example of what a classic game of soccer can be turned into with the right creativity. Current games like Blood Bowl have a similar feel, but don’t quite live up to Mutant League Football.

Furthermore, I’d like to see more games try to step outside of the “simulation” world of sports video games. There are plenty of opportunities to make great games, and to put your own unique twist on things. They don’t have to be as bloody and gruesome as Mutant League, but to make a game as fun and entertaining would be more than rewarding.

In today’s world, Mutant League Football could set a bad example for future generations. However, games like Call of Duty and Grand Theft Auto are far worse, and even after witnessing an exploding running back, it’s more funny than it is gruesome.

Mutant League Football‘s cartoon aspect, and fictional characters, make the game light at its core. In my opinion, this game would be better suited as an arcade game on either console. The game is fun, and at a price tag of $15 or $20, this would be a must buy for any sports gamer, young or old.

The landmines are real, the fighting after the play is real, and the overall replay value is real. Mutant League Football was one of my favorite games as a child, and I continue to play it until this very day. If you haven’t played it, I recommend picking up a Sega Genesis along with this game. You will be happy you did.