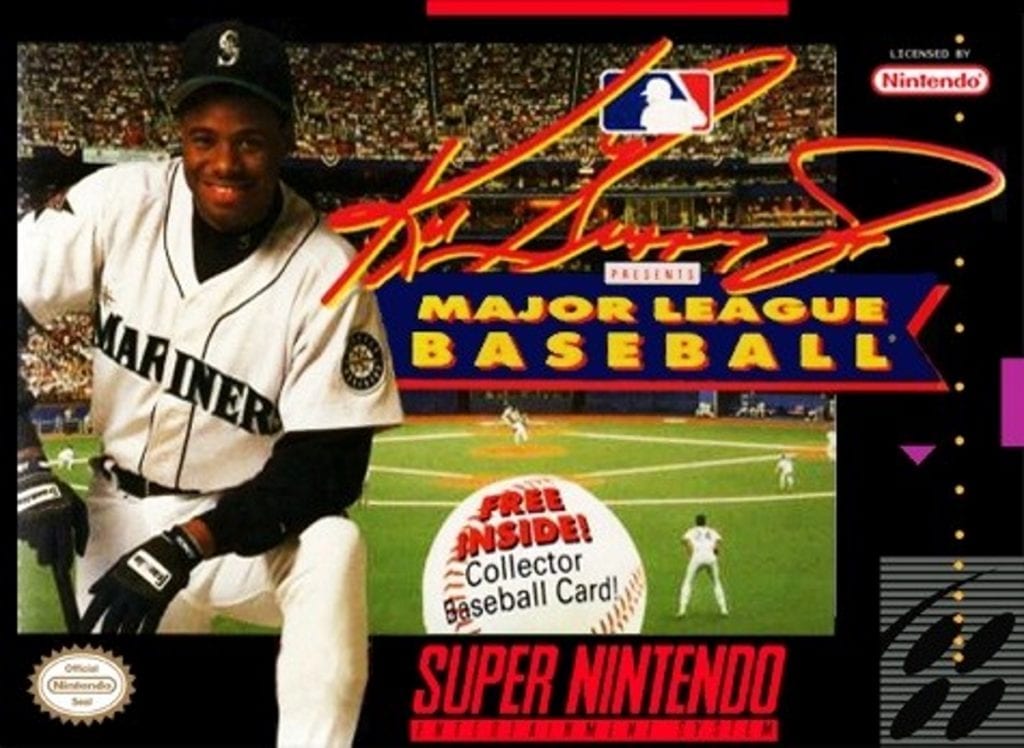 In celebration of the Cubs’ World Series win, this week’s Throwback Thursday focuses on a titanic baseball game that should keep you warm through the winter months.

Due to hyper competition, no baseball game at this time was truly “complete.” Ken Griffey, Jr. Presents Major League Baseball (herein after referred to as “Ken Griffey”) did not have an MLBPA license, so no real player names were included. However, players had their statistics from the 1993 season, likenesses and skills that mirrored their MLB counterparts. For example, “J. Kirby” on the Astros plays first base, has maximum power and wears #5.

The fictionalized teams were all themed, which made deciphering the rosters all the more fun. For example, the Red Sox had players named after Boston’s history, the Dodgers took their names from Los Angeles-based punk musicians, and the Rockies were comprised of horror movie icons. Ken Griffey, Jr. was the only real player in the game.

One of the perks of being a first-party title is the ability to utilize the system to its fullest. The game’s soundtrack takes a few cues from Joe Satriani and is one of gaming’s true masterpieces. It is remarkably simple: two long looping songs, the Canadian and US national anthems, a song to celebrate winning the World Series and random arbitrary organ songs that appear during pivotal in-game matchups. The in-game song, a decidedly ’90s mashup of pop music, grunge and an accompanying baseball organ, ranks with Bach and Beethoven.

Ken Griffey did not attempt to be over the top or disappointingly realistic with its graphics. Beautiful seas of green grass, burly animated player sprites and bright stadium features were clean and gorgeous. It was simply perfect for its time. Frame rates never slowed down and animations never broke the game.

Controls were clean, responsive and easy. Pitchers decided on speeds by pressing up + B (change-up), down + B (fastball), or just B (all other pitches). They manipulated the ball’s direction after the throw by pressing left or right, which could combine with the pitch speed for nasty sweeping sliders or sharp cutters. Pitchers also had different velocity rankings and fatigue levels. You couldn’t keep your lights-out closer in for more than a few innings.

Batters could either bunt or swing for the fences, and hits depended on what part of the bat struck the ball. Speedy players could beat out dribblers, and power hitters ripped monstrous home runs. Defenders could lay out or jump for fly balls and had independent throwing rankings. For such arcade-style gameplay, Ken Griffey did an excellent job of giving sim purists a reason to play.

Small nuances made the game feel complete. Fenway had the Green Monster and looked nothing like the Astrodome. Players popped bubblegum while they batted, and pitchers took deep breaths as they became more and more fatigued. Different home run and strikeout reactions (including Jim Belushi’s “OH, COME ON!” from The Man with One Red Shoe) varied by player size. Every game was recapped in a stylized newspaper box score with a humorous headline about something that happened around the league.

Honestly, not a lot. The game’s features have been improved and built upon tenfold since its release. Ken Griffey’s stat keeping, season length options, Home Run Derby and player-editing feature have all become staples of baseball video games. If anything, today’s baseball games could take a note from Ken Griffey’s ability to play full games very quickly without ruining the experience. This is an unavoidable issue with baseball video games. Thankfully, MLB: The Show has worked to improve this, culminating with the inclusion of Quick Counts.

Some of your humble author’s favorite sports memories came from the summer in which he learned how to put a SNES emulator on his PSP and took his beloved Houston Astros on a portable 162-game World Series run. For many, this game is the very definition of nostalgia, from the stellar music to the 1994 team logos. And, best of all, a full season is still a blast thanks to the fun arcade gameplay and speedy pace of play.

As with other iconic sports games of this time, roster updated ROMs exist. The geniuses at tecmobowl.org have updated rosters for your nostalgic pleasure. Or you can cure your post-World Series woes by heading over to your local used game store to get reacquainted with this beautiful cartridge for cheap.

May Nick Noheart reside in our hearts forever.

Do Presentation Packages in Sports Games Live Up to Your Standards?
The Psychology of Sliders