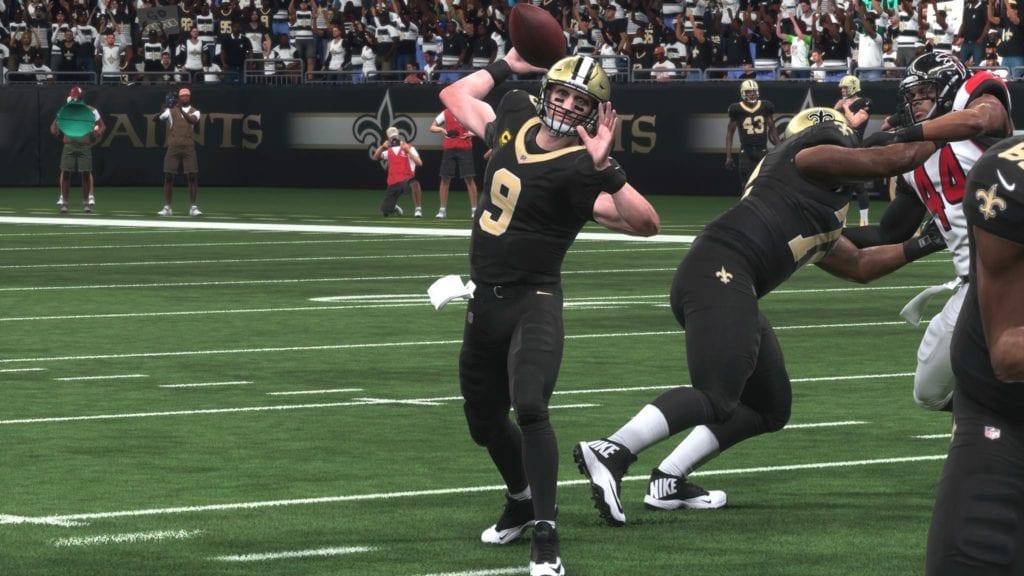 Real Player Motion, One-Touch Control, Freestyle Control, Signature Style, True Performance, Hockey I.Q — the list can go on. These are the terms we see in bold on the back of the newest sports title, a new promise of a fantastic experience. These systems hit their mark sometimes while other times falling flat.

However, there are many other things that have been introduced over the years that have cemented themselves as touches of brilliance — most of them not even being thought about too much year to year. These are the features that have quietly enhanced the gaming experience, staking their claim as basic building blocks of what we have come to expect. Listed here are eight of these underappreciated wonders, in no particular order.

Oh, and an honorable mention goes to Michael Jordan, a constant presence in NBA 2K games of today, but a digital basketball unicorn in the ‘90s. 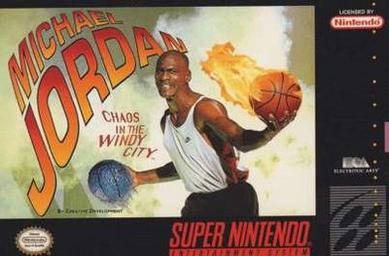 You had to know where to find him

This staple of broadcasting is a presentation feature that is ubiquitous to almost any sporting event, from the constant chatter of the soccer pitch to the more muted after-action comments of golf or tennis. We tend to only really take notice of it when it fails to properly hit the mark.

When that does occur, it is the equivalent of typing when a key suddenly stops working. You never truly appreciated what that letter meant to you until it was unresponsive. Now, the entire structure is thrown off and your agitation grows with every sentence.

Unfortunately, there are still games that are struggling in this department, namely the WWE 2K franchise. Although much of the audio was inherited from the previous developer, it remains clunky and somewhat disorienting. In contrast, a game under the same umbrella, NBA 2K, has produced silky smooth commentary for years now. It became so crisp that regional commentators were introduced with the arrival of NBA 2K17.

Commentary is truly the glue that holds the package of presentation together, and when done well blends right into the equation.

There comes a time in every sports gamer’s life where you just don’t want to deal. And for those moments, we keep our favorite franchise and career modes moving ahead with a wide array of simulation features that have been introduced over the years.

Perhaps the gold standard is found in MLB The Show’s Road to the Show mode. With MLB The Show 16, the tedious grind of a 162-game season suddenly became zippy thanks to the ability to play an entire series without exiting back to the main menu.

This elimination of a large chunk of downtime spent on loading screens and menus meant everything toward creating the feel of solid progression through a season. EA’s Super Sim, as well as Play the Moment in Madden, have added to the simulation experience, creating an optional hybrid of play and skip.

Try to imagine what it is about sports games that really gets us excited. Rarely will you find complete domination as one of those factors. The adrenaline flows from a playoff elimination game, or a crucial tournament match, in which you have looming over you the possibility that you may not pull this one out.

Injuries then, for as crushing as they can be, are an absolute necessity toward maintaining this unpredictable balance of competition and overcoming adversity. Sometimes a key player will fall right before a big postseason run, and perhaps the lack of that player’s presence played a role in your downfall. Or, perhaps it is you that the injury algorithm smiles on, as you take advantage of a sudden hole in the opposition to claim victory. Injuries, for all of their heartbreak, are often key to eventual triumph.

When E3 looms, we eagerly anticipate the first news, perhaps even the first screenshots or video of the coming fall’s sports lineup. Eventually we’re treated to full trailers that are fantastic in their own right.

But the moment of true “hypedom” arrives when the game is actually in-hand, and the screen fades to black after selecting the icon from your console’s menu.

What happens next is the developer’s way of saying “that’s right, this is going to be incredible,” by way of the game’s introduction. Some titles have gone with more simple animations, or perhaps skipped a cutscene altogether, but it cannot be understated how important these intros are in terms of crafting the feel that you have just purchased an experience that will be worthy of your attention for a full year.

Standouts include Madden 13 featuring Ray Lewis, with MLB The Show 14 and 17 anchoring a strong decade for the folks in Santa Monica. Oh, and no one can ever forget Ludacris and Madden 2000.

We’ve all had that moment. You’re minding your own business walking in a grocery store, when suddenly a song comes on. Something that is both a distant memory but also readily familiar. It brings a smile to your face as you realize this song is from the soundtrack of <insert sports game here>. I had that moment with Avenged Sevenfold’s Chapter Four just the other week, as memories of a superhuman Michael Vick washed over me.

The curation that goes into keeping the energy going while staring at text on menus is critical, creeping into the collective enjoyment and great memories we experience. From NBA 2K’s urban mixes to FIFA’s international flavor, there’s something for everyone.

This category really runs the gauntlet and boils down to the little things that help with the immersion of things playing out in front of you.

A few years ago, over a “friendly” game of WWE 2K, HBK rolled over and grabbed the bottom rope, struggling to pull himself up. He grabbed the next rope, when I suddenly realized that not only had I gone into stunned silence, but so had my competition. We nodded in approval of the subtle, yet meaningful, bit of animation.

Later, he would crawl across the ring, nearly lifeless, draping an arm over for the pin.

Each small detail is important in its own way. Whenever I stand on second base in MLB The Show and see the umpire casually adjust his pants up so he can get into a leaning stance, I nod in appreciation.

For anyone that has been to a live sporting event, the most in-your-face difference between your living room and the arena is the sound. The sound of fans just as rabid as you cascading in every direction, ready to erupt to the next level at a moment’s notice.

Replicating this was for a long time hindered by the hardware available. A lack of surround sound equipment and capability would stymie this all-important piece of the puzzle. With the advent of multi-channel sound and the improvement of speaker systems, headphones, and even in-TV audio, the crowd’s roar came alive.

NBA Live shines as a title that has made strides to enhance the aural experience, by giving the crowd a different feel than almost any other game out there. Can you imagine how a shaking home-court advantage system would rumble on today’s sound systems in a college basketball game from EA?

On 2K’s WWE side, the arena has been quieted to near-silence in Full Sail’s NXT ring, mimicking the indies-like feel of a Wednesday night. This is a calm that belies their fervent nature, and sound engineers can now add their building reaction to the flow.

Pulling and pushing the emotion of the audience is an essential ingredient for the players’ experience, whether it’s a thunderous response to a UFC title win or a polite clap at TPC Sawgrass.

The argument by many in our post-patch world is that the incentive is not there for developers to place a completed game on the shelf, always reliant on what they can fix later. This is especially true of day-one patches, behemoths that can cause a bead of sweat to form as you consider whether or not this game escaped from a developer’s computer prematurely.

But the truth of the matter is, games were broken sometimes. Flat out broken.

Browsing a list created for MVP Baseball 2004, you’ll find issues from balls getting stuck in walls to pitchers starting three days in a row. At the time there was no recourse for this, so glitches became features, and you either sank or swam.

Now, happenings like the ability to use Nightcrawler as a secret character can be squashed within a week or two.

Just when you thought Le'Veon Bell couldn't be any more unstoppable 😂
(via @_SpeedyShad) pic.twitter.com/ZI20Pv2kdH

These are just eight of the things we sometimes overlook, things that make a big, sometimes forgotten, difference in why we continue to play.

From weather to create-a-player suites, and from historical teams to branded accessories, what are some of the things you haven’t appreciated in a while?

10 Things That Should Become The Norm For All Card Collecting Modes
Can We Build the Ultimate Sports Game?