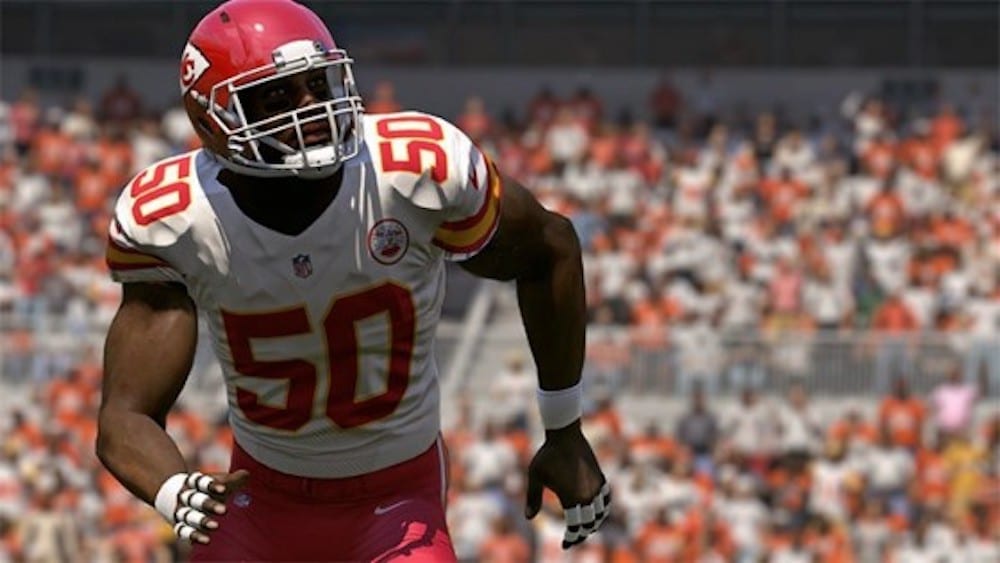 Did you catch Ben’s review of Madden NFL 17? If not check it out here!

The more we submerge ourselves in any specific sports video game, it’s almost impossible not to notice the tiny details that either make your jaw drop or linger like a festering wound. Madden 17 might be the cleanest football game to date, but it isn’t without its share of frustrations. Though, perhaps now more than ever, the “little things” are nice surprises instead of disappointing ones. Here are the three best and worst things about Madden 17. 1. Special Teams. There are so many little nuances involved in emulating the most underrated facet of a football game. Unfortunately, none of them found their way into Madden before Madden 17. The ability to block kicks, see a late game punt settle at the one-yard line or the CPU run one back on you to change the tide of a game are all welcome additions. Finally, the game plays like there are three units on a football team instead of just two.

2. Jump balls. It still doesn’t work perfectly, but seeing a good corner go right up there with the likes of Odell Beckham Jr. or Kelvin Benjamin is really satisfying, especially if you’re knee deep in a franchise where drafting a shut-down corner was a priority. Another thing that can be really fun are tipped jump balls that wind up in the hands of your defense.

3. The ball physics. Let’s best honest: the ball physics of old were an eye sore. It fits into the theme of Madden formerly having too many glaring issues (both in its core gameplay and visuals) for it to really be enjoyed in any kind of simulated way. Seeing a fumble bobbled all over the field or a punt with a tad bit of spin on it land in the opponent’s goal-line area can be surprisingly satisfying. It’s one of those things that people won’t even notice a year or two from now, but it’s incredibly appreciated in Madden 17. 1. Stagnant line play. Every play there is a win or lose situation on the line of scrimmage. There’s no real battle — not one of any real importance, anyway. By the time the ball is snapped, and subsequently handed off or thrown, the defensive lineman has already done one of two things: made his way through the offensive lineman in a theoretical success, or been blocked in a theoretical failure. Line play moves a little too slowly in that, while there is certainly a noticeable push/pull that allows for a forming pocket, there’s no real variance involved post-snap. A player wins or loses the battle, and if he loses, he’s glued to the offensive line, rendered useless for the rest of the play.

2. Very little contextual awareness. While some sideline catch animations have been added, players (especially on the AI’s side of things) seem predetermined to run straight out of bounds on out routes. Even if it’s as low as 25 percent of the time, that’s 25 percent of the time too much. Players should always be focused on getting two feet in bounds, not running full speed ahead at the detriment of a successful play.

(Not to mention, backs routinely run right into their blockers with holes on either side. Getting the CPU to make a quick cut on that hole would be a huge step in the right direction.)

3. More quarterback variation. It’s pretty simple, really: good quarterbacks make more accurate throws than bad ones. That one little fact has seemed to avoid Madden for as long as the game has existed. Tuning bad quarterbacks to make occasionally errant throws (not just overthrows) would be a fantastic starting point. Once this variety takes hold, then looking at things like varying running styles and throwing styles also makes a lot of sense.