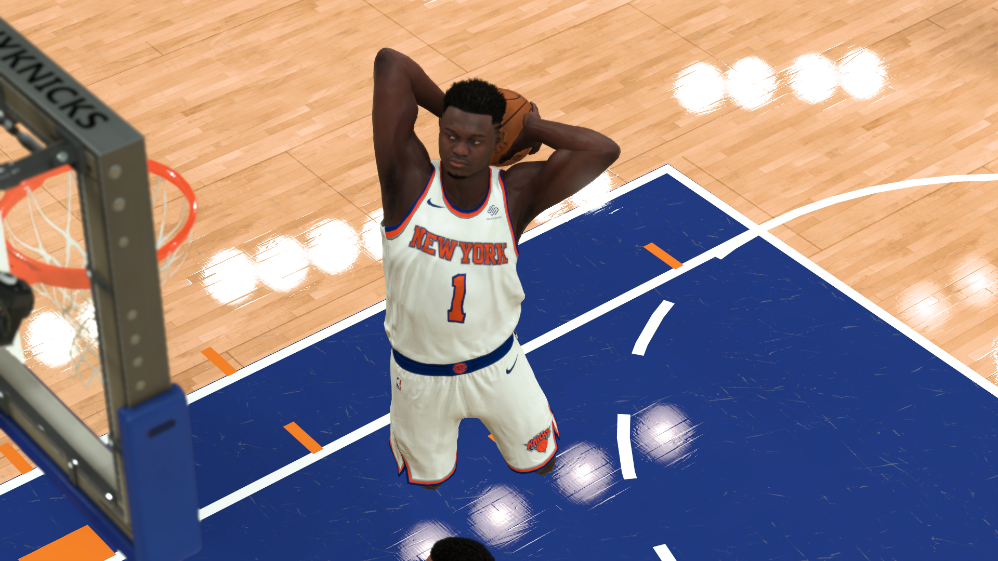 Back in February, part two of this series looked at another scenario where the NBA offseason turned out differently and how the ensuing NBA season would have unfolded. It featured Anthony Davis in a Clippers uniform, the Banana Boat Lakers, and the Knicks beings the Knicks, among other things.

Part three is the final part of this series. Although I’m not a fan telling James Dolan to sell the Knicks, I don’t want to get banned from Madison Square Garden (I’ve never even been to New York!), so I’ll be nicer to the franchise here.

Part three has more star-player movement than the first two, which results in a lot of teams vying for real “contender” status. Let’s revisit the rules and take a division-by-division look at how the summer unfolded.

I did my best to make signings accurate and within reach of financial rules and restrictions by looking at available cap space for each team, contract terms for all signings, and what players might interest what teams. I clicked through every slideshow article mentioning trade ideas, even the weird ones like Kawhi Leonard Will Join the Utah Jazz and Here are Six Ways That Can Happen. If you have a beef with any of these moves, then you have a beef with the internet, mostly Bleacher Report.

To make it more fun, we’re turning the clock back to Game 5 of the NBA Finals. Durant and Thompson escape the Finals unharmed, but the Raptors win anyway. After free agency opens, everyone’s on the move.

The Raptors are the defending champs but might finish last in this division. They said goodbye to Kawhi (more on that later) and didn’t really add anything of value. This seems to have worked out in real life, but we’ll see if it does here. The Celtics hung on to Terry Rozier, who would end up being the starting point guard. They said goodbye to Al Horford but replaced him with Nikola Vucevic. They traded Gordon Hayward and Marcus Smart for Blake Griffin. The Sixers added Al Horford, lost Tobias Harris and managed to keep Jimmy Butler. 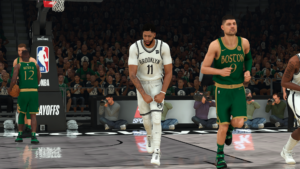 The New York basketball scene added plenty of stars. The Knicks landed Kyrie Irving and Kevin Durant. We also actually turned the clock back to May 28, where the Knicks won the NBA Draft Lottery. In June, they selected and kept, Zion Williamson. The Nets got a lot more interesting as well. They swung a trade for Anthony Davis (D’Angelo Russell, Jarrett Allen, Caris Levert, and picks) and signed J.J. Redick and Kemba Walker. In conclusion, the Atlantic Division is completely up for grabs and anyone can take it.

This is the division that seems to have lost the most overall. Milwaukee couldn’t keep Malcolm Brogdon or Khris Middleton. In fact, Middleton signed with the division rival Indiana Pacers. The Bulls were only able to add small pieces, while the Pistons and Cavs both traded away stars. Milwaukee has Giannis, and to quote a short-lived Stephen A. Smith series from 2005: “Quite frankly, that’s all you need.”

While they try to figure out what to do with John Wall, the Wizards traded Bradley Beal to the division-rival Hawks. They got back Cam Reddish, Kevin Huerter and picks. The Heat made the same trade involving Hassan Whiteside (more on him later), Maurice Harkless and Meyers Leonard. It was just as exciting here as it was in real life. The Magic added Harrison Barnes because, well, somebody had to.

The Nuggets didn’t make any major moves, while the Jazz are mostly the same, sans a Mike Conley trade. Minnesota acquired Jrue Holiday for Robert Covington, Jeff Teague and some other picks. The Trail Blazers flipped Hassan Whiteside, along with Zach Collins and Nassir Little for Kevin Love. The Thunder parted ways with their stars again and it netted them Danilo Gallinari, Shai Gilgeous-Alexander, Josh Hart, Brandon Ingram, Lonzo Ball and a lot of draft picks. You could say they’re re-tooling.

As much as I’d like for the above statement about so many teams vying to be contender to be totally true, part three is all about two markets: New York and Los Angeles. The Clippers picked up Russell Westbrook via trade and Klay Thompson via free agency. The Lakers traded their young stars for Paul George. They also signed Derrick Rose and a guy named Kawhi Leonard. 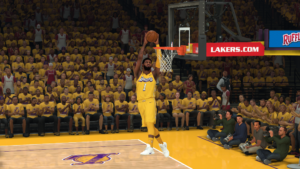 The Rockets hung onto Chris Paul, opting instead to swing a trade for a center. They swapped P.J. Tucker and Clint Capela for Andre Drummond. The Mavericks held on to Kristaps Porzingis and added Tobias Harris and Rajon Rondo. The Grizzlies traded Mike Conley Jr. within the division to the Spurs. In return, they received Patty Mills, Marco Belinelli, Davis Bertans and Derrick White.

At The Halfway Point

Midway through January, the Eastern Conference’s top six teams included the entire Atlantic Division. Philadelphia led the way followed by Milwaukee, Boston, New York, Toronto and Brooklyn. The Pistons, Hawks and Pacers were the other teams that seemed to be in the hunt. The Wizards had five wins halfway through the season, with the Cavs and Bulls joining them in the single-digit win club.

The Western Conference had some surprises. The Rockets had the best record, with the Clippers in second. The Suns of all teams had the third-best record in the West, and the Lakers took a while to get going, sitting in fourth. San Antonio, Portland, Minnesota and Golden State rounded out the playoff teams. Pretty much every Western Conference team remained in the hunt. 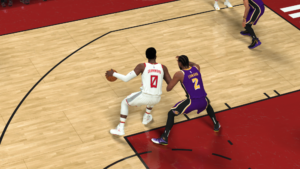 Devin Booker, Anthony Davis and Kyrie Irving were both averaging more than 30 points. Andre Drummond was averaging just under 17 rebounds a game. Chris Paul, LeBron James and Malcolm Brogdon were all averaging over 9 assists per game.

Would the Lakers hit their stride? Could one of the Atlantic Division teams get the upper hand and stand out in the East? Would the Southeast Division even get a team in the playoffs? You’ll find out right after the break.

The Eastern Conference looked like this after the regular season. 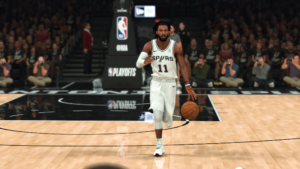 We saw a few things happen that hadn’t happened in a while. This would be the first time one conference featured three 60-win teams since the 1998 playoffs (Jazz, Sonics, Lakers). After averaging 29 points and 13 rebounds, Anthony Davis won his first MVP, becoming just the second player in the last 20 years to be named MVP on a team that wasn’t a number one seed (Russell Westbrook in 2017 being the first).

After leading all rookies in scoring, Ja Morant took home the Rookie of the Year Award. Steph Curry led the league in scoring at 37 points per game. Andre Drummond averaged a monstrous 18.2 rebounds per game, something that hasn’t been done since Dennis Rodman did it in 1992-93. Chris Paul led the league in assists with 9.5. Both LA teams had three players average 20 points or more, and you know who wasn’t one of them? LeBron James, who averaged a career-low 14.8, fifth on the team. Paul George, Kawhi Leonard, and Derrick Rose accomplished the feat for the Lakers. Lou Williams, Klay Thompson and Russell Westbrook did the same for the Clippers.

There was only one upset in the first round as Portland beat the Clippers in six games. Philadelphia came back from a 3-0 hole and beat Atlanta in seven. In the second round, the Nets swept Boston, while everything else held to form.

The Spurs and Lakers met in the Western Conference Finals. The Spurs avoided the sweep in Game 4, but couldn’t stave off elimination long enough and lost in Game 5. In the East, the battle of New York concluded with a Brooklyn Nets win in Game 6, featuring a 40-point effort from Anthony Davis. 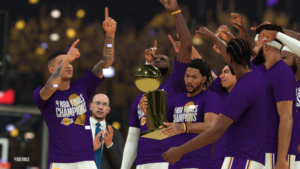 The NBA Finals featured LeBron James and company versus his real-life teammate and alternate-reality MVP Anthony Davis. The LA star power was too much for Brooklyn to handle, as the Lakers quickly dispatched the Nets in a four-game sweep. After averaging a career-low 14 points in the regular season, LeBron James turned it on in the playoffs. He averaged 34 points per game in the playoffs and took home NBA Finals MVP.