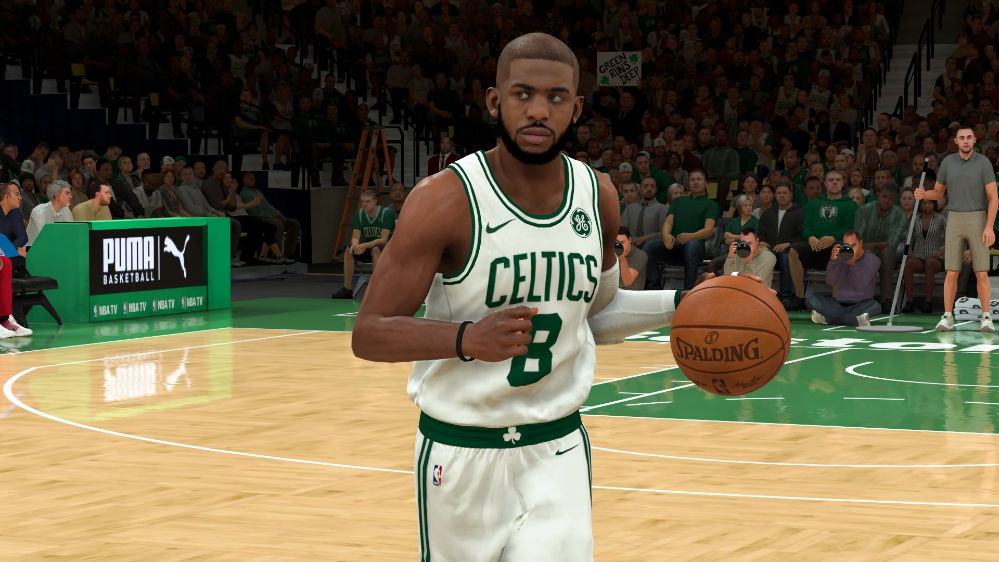 From now until the end of time, the NBA offseason will likely be just as entertaining as the NBA season. I’m not sure when this switch flipped, but with shorter and shorter contracts being signed and ever-changing max salaries meaning less and less, it’s not dying down anytime soon. Each year there are so many possibilities, but it’s impossible to see them all play out. That’s where NBA 2K20 comes in.

This is part one in a series I’ll dub “who knows” in a look at some other NBA free agent/trade scenarios this past offseason.

I tried the best I could to stick to the NBA financial rules, and I scoured the internet to find contract terms, perceived player interest and available cap space. I also looked at different trade ideas that were floated around. It’s all in a spreadsheet, and, for your sanity, it will remain a secret. You might think that some of these signings and trades had no way of happening, but that’s not very fun.

To make this more entertaining, we’re going to go back in time to Game 5 of the 2019 NBA Finals. Kevin Durant doesn’t get hurt, and a game later, Klay Thompson doesn’t either. Since this isn’t about changing the result of the 2019 NBA Finals, the Raptors still win in six. Just days later, free agency opens, and the dominoes start falling.

What Stayed The Same

Because there are so many scenarios, there are still some things that could stay the same in an alternate universe. A lot of the smaller signings and trades would still happen. Some of the bigger things that didn’t change were Kawhi signing with the Clippers, with Paul George coming along, too. Tobias Harris stayed with Philadelphia, Klay returned to the Warriors, and Nikola Vucevic stayed in Orlando. Kevin Durant signed with Brooklyn but had a different running mate.

In this scenario, Kyrie Irving teams back up with LeBron James, and then the Lakers trade for Anthony Davis. The Nets got Durant and kept D’Angelo Russell in the process while adding DeMarcus Cousins in the paint. In addition to keeping Tobias Harris, the Sixers re-signed Jimmy Butler. Malcolm Brogdon re-upped with the Bucks. 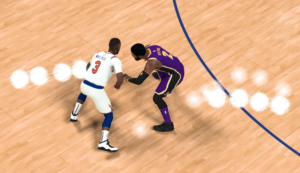 After whiffing on Durant, Kawhi, and Kyrie, the Knicks turned their attention to some other big-name free agents: Khris Middleton and Kemba Walker. The Celtics got some help inside in the form of Dwight Howard and Julius Randle. Atlanta managed to snag Brook Lopez. The Mavericks signed some key veteran pieces in Al Horford and Danny Green.

Some smaller signings include Carmelo Anthony and Willie Cauley-Stein signing with the Heat. Seth Curry joined the Lakers, and Ricky Rubio ended up in Indiana. Enes Kanter signed with the Pelicans, while DeAndre Jordan joined the Kings.

There were plenty of interesting trade ideas thrown around this offseason, so I decided to make some of them happen. With Paul George leaving OKC, Russell Westbrook needed a new home, too. He and Andre Roberson took their talents to South Beach in a deal with Miami that netted the Thunder Goran Dragic, Dion Waiters, Justise Winslow and draft picks. But the Heat were not finished. Also coming to Miami was Wizards guard Bradley Beal, in exchange for Hassan Whiteside, Tyler Herro and Josh Richardson. 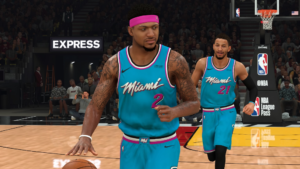 The Rockets would shake things up by trading Chris Paul to Boston, for Gordon Hayward. Derrick Favors was traded to the Knicks, and the Pacers got a new wing in Harrison Barnes, in exchange for T.J. Warren.

Results At The Halfway Point

At the halfway point in the season, Milwaukee and Philadelphia were the class of the East. The Sixers brought back the same team as the year before, while the Bucks lost Brook Lopez and Khris Middleton, but still kept their grasp on the East. Boston and Brooklyn were both battling it out for the 8th seed. 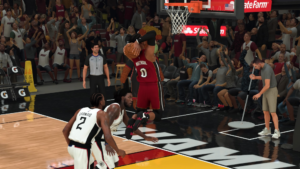 The Rockets led the Clippers by three games in the Western Conference, with the Lakers, Timberwolves, Warriors and Mavericks five games behind them. The Kings, Cavs, Blazers and Bulls were the bottom four teams in the league. Stephen Curry was leading the league with 38 points per game.

End Of The Season Results

By the time the season was over, the Sixers won the East. You can see the playoff bracket below (second through fifth in the East was decided by one game). In the West, six games were the difference between first and fourth, and also the distance between fourth and fifth. The New Orleans Pelicans crept into the playoffs a full six games under .500, led by Rookie of the Year Zion Williamson. Williamson and Ja Morant were the best rookies, with both averaging over 20 points per game. The Cavaliers finished with the league’s worst record. 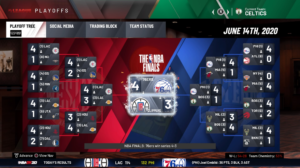 Steph Curry held on to win the scoring title, averaging just under 37. Andre Drummond pulled down over 17 rebounds a game, while Chris Paul dished out 9.9 assists per game, in addition to being the Celtics’ leading scorer.

Both Conference Finals featured a one seed versus three seed matchup. After fighting just to make the playoffs in the first half, the Celtics turned their season around to earn the third seed in the East. The Sixers opened a 3-0 lead in the NBA Finals only to watch it disappear before they took the series in seven games. Process Complete. It was interesting to see that the two Finals teams in this scenario were not that different from the potential matchup we could see in real life this year. The only major difference is of course that Jimmy Butler is still on the Sixers here rather than Al Horford.

Throughout the season, we’ll be looking at other possible storylines that could have unfolded in the offseason. The next idea will be sponsored by a very specific brand of sunscreen. But that’s all I can say. Are there any other moves to be made that could shift the power balance in the NBA? What scenarios would you like to see play out?