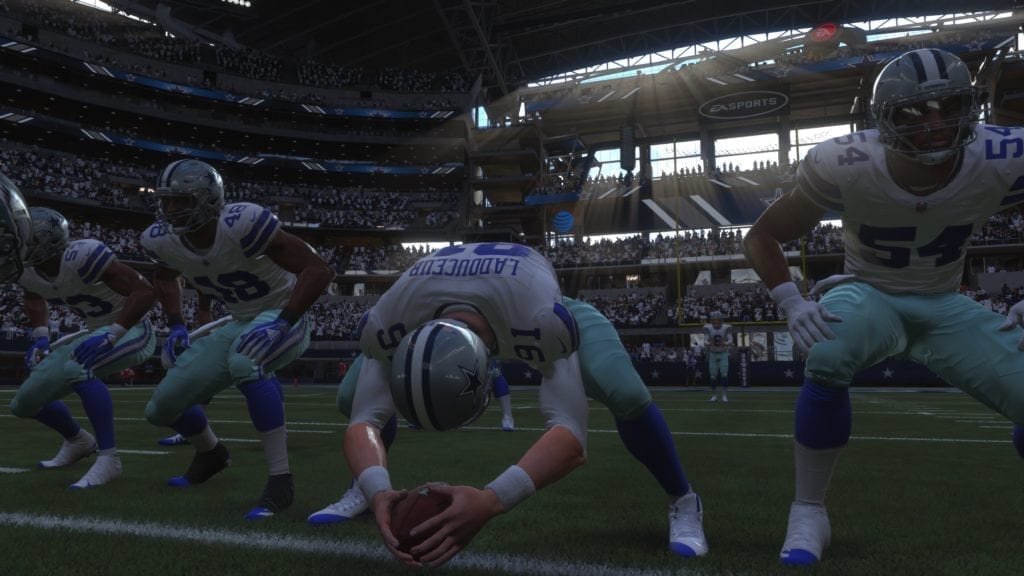 Several weeks ago, EA released Madden 19 ratings for every NFL player. Yet, one very important position was missing. A position that has been around since the beginning of time was not present in this year’s game. Which begs the question, if “it’s in the game” is it really “in the game”?

For years, the long snapper position was obsolete. Teams preferred to use a roster space on more versatile players, and get by with whatever offensive lineman could snap the ball 15-yards accurately. In recent years, this has changed. The position is more of a necessity now than ever before.

According to SportingCharts.com a long snapper is:

“A position responsible for snapping the ball on kicking and punting plays. Due to the extra length of the snap from center on kicking plays and the importance of timing on kicks, most teams use a player who specializes in that specific skill. Long snappers need to be able to deliver an accurate snap directly to the holder or punter, allowing them to get off a quick and accurate kick.”

So why isn’t the long snapper a part of Madden, especially in a year where EA decided to add several new positions, including slot wide receivers, nickel cornerbacks and other various spots on a roster? The obvious answer is because there’s nothing that goes into snapping the ball in Madden, so a more “difficult” snap has no relevance either. This isn’t a new argument to mention the idea of botched snaps and whether they should be in the game or not, but the reality of the situation is the long snapper position is crucial in the real NFL. Perhaps there will come a time where botched snaps go into the “simulation” mode in Madden, but until something like that occurs, it’s almost like these long snappers don’t exist.

But that’s not to say these players are not in the game, because they are. However, their ratings are some of the worst in this year’s game, despite how good these players might be at a position very few can play.

Here is a look at all 32 NFL team’s long snappers, who ironically enough are some of the worst players in Madden 19.

All ratings are from EAsports.com

Many of these players are listed as tight ends, but are the lowest-rated player on the roster. Some of these players have been to the Pro Bowl many times, and are well respected by their teammates and the rest of the NFL. So why do they get no love in Madden?

Is the long snapper position something you’d like EA to implement in future, or is this no big deal? Let us know in the comment section below.