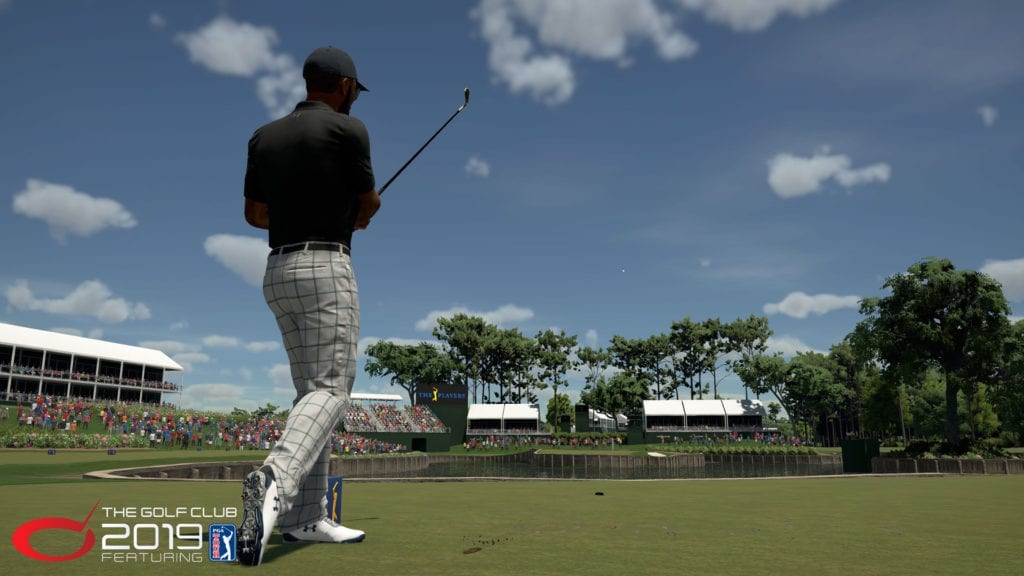 A new game update is available for The Golf Club 2019 Featuring PGA TOUR on Xbox One, PlayStation 4 and PC / Steam. The patch includes new apparel from Under Armour, HB, 2K and The Golf Club, including shirts, hats, shoes and glasses.

As with most patches, there are quite a few fixes and improvements. Check out the patch notes below.

Gameplay Changes
•   Tee sets being used for Matchmaking have been adjusted to have all players playing from the same tee location.
•   New courses have been added to Matchmaking cycle and the Skins Playlist as also been added for 2-4 players.
•   Online Society Membership limit has been increased from 5 to 10.
•   Tuning has occurred to the difficulty/timing required for tempo and swing plain.

General
•   Fixed leaderboards showing rankings unhelpful to the user.
•   Fixed the sorting of Proximity to Hole stat.
•   More from designer tab is no longer grayed out in the course details screen.
•   Improved matchmaking search to avoid getting stuck in a searching loop.
•   Improved stability.
•   Updated pre-round screens to display default settings for firmness and speeds.
•   Pre-round screen now has a scroll bar for match rules and conditions.
•   Fixed a crash while viewing course leaderboards with a high number of entries.
•   Improved load times for leaderboard stats.
•   Fixed an issue where tees would sometimes be restricted without user input.
•   Improved visibility to shot shaper lines for setup.
•   Fixed billboarded trees swaying in high winds.
•   While tied in matchplay, putting out before your ghost opponent no long awards the win.
•   When quitting a skins match online you will be presented with a warning about lost currency.
•   Fixed an issue where elevation on the HUD was displaying the wrong direction.
•   Fixed an issue where XP would not calculate correctly over multi-round events.
•   Improved relief from crowd seating.

Gameplay
•   Gameplay and Difficulty tunings impacting the swing plane and tempo windows balanced to coincide with previous shot outcome tuning.
•   Fixed issues with round results screen not displaying correct information when playing only the front 9 or back 9 in a fourball match.
•   Fixed an issue when watching another player take a shot they may visually have had the wrong club selected.
•   Fixed issues around tee and pin restrictions in private matches.
•   Fixed a desync where players could get stuck waiting on each other to take a shot and not be able to advance.
•   Fixed an animation glitch which could occur at the top of a ghost’s backswing.
•   Fixed some cases of upper arm twists in certain animations.
•   Added new commentary
•   Improved Club SFX for the Beginner set
•   Tuned bunker lie penalties.

Course Designer
•   Fixed Red Maple shadow casting
•   Fixed a crash while placing cart paths in the course designer.
•   Fixed an issue where wall snapping could break rotation and placement.
•   Advanced edits to waterfalls no longer reverts when backing out of the object.
•   Improved performance and stability in course designer.

Societies
•   Fixed mini leaderboard showing incorrect information for users who didn’t compete in the event.
•   Fixed online society gating for top 150 points rank.
•   Users are now able to leave a society that they are an Admin of.
•   Fixed scrolling when setting up event entry requirements.
•   Membership screen now showing correct stats/ranks on player cards.
•   Player flags are being displayed correctly.
•   Solo society’s event information updates on event results screen.
•   Canceling a request to join a society now removes it from your membership list.
•   Main Event changes no longer only apply to the alternate event.
•   More than two requirements will appear if set for an event in the schedule tab.
•   Fixed the inability to add Major events to the schedule.
•   Fees set for an alternate event no longer overwrite settings for main events.