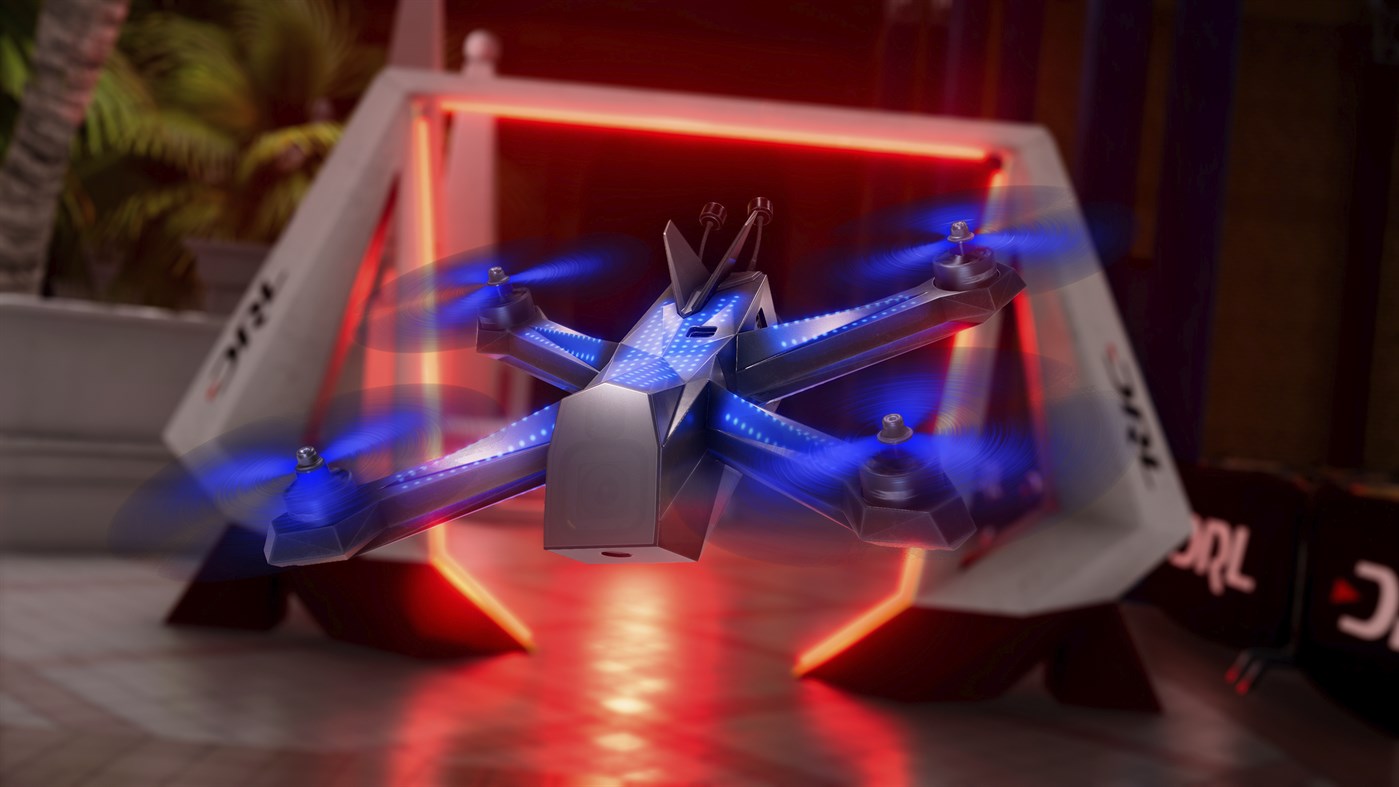 The Drone Racing League Simulator, which has been available on Steam since June 2017 to very positive reviews, is available now on the Xbox One for $19.99. Players around the world can now download the DRL SIM on Xbox to explore new worlds, compete with friends and fly like the pros racing in the league’s upcoming 2020 Season — which kicks off on October 21st on NBCSN, Twitter and Facebook Watch.

The 2020 Season will challenge a dozen elite pilots through 16 races. Competition takes place in the DRL SIM, the same immersive drone racing video game that players can now download on Xbox and fly like the pros. Gamers and top pilots around the world will navigate virtual versions of custom, high-speed DRL Racer4 drones, flying through complex, neon-bright courses broadcast in 50 countries.

The DRL game on Xbox features the same fast drones, electrifying racing adventures, and realistic flying as raced in the 2020 season. Through the game’s 25 unique maps, 18 real DRL tracks and endless Multiplayer options, DRL SIM players can explore new worlds, compete with friends, and race for a chance to become an official DRL pilot.

The game is built on real-world drone physics, enabling players to feel as if they are sitting in the actual drone and escaping into exhilarating places without ever leaving home. Gamers can learn to fly through the SIM’s 54-mission training session, soar through unique environments like amusement parks, forests and sports stadiums via freestyle mode and race against friends.

The best drone racers in the world also train and compete regularly on the DRL SIM, which is used to recruit new pilots into DRL and host professional esports tournaments.