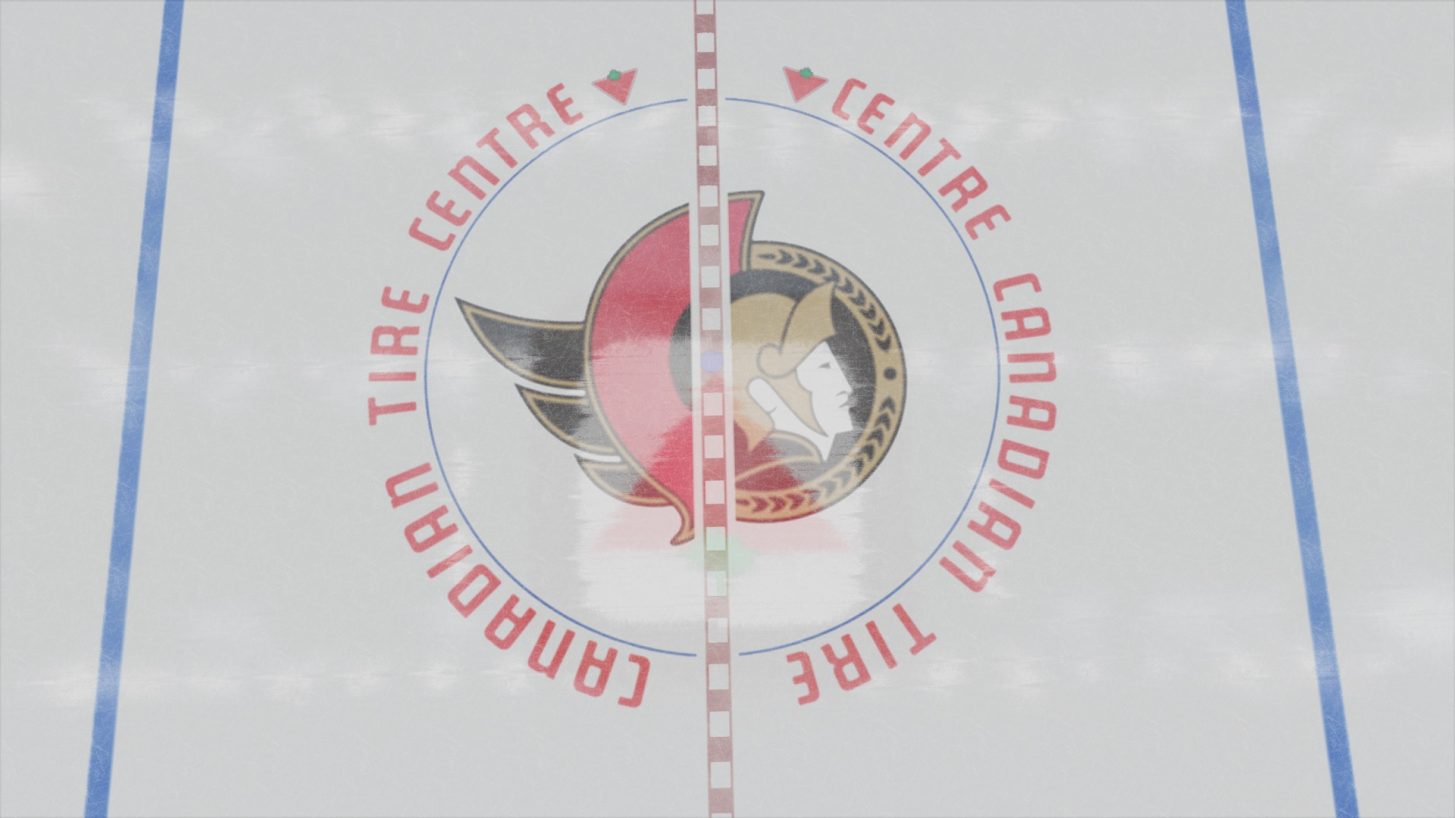 First off, I think it is safe to say we can all agree that in 2021 professional sports and their regular seasons in general will be like no other. The NHL is certainly no exception, with new divisions, new back-to-back scheduling against the same opponent, playing only within your division, fewer games played in total — 56, and a modified playoff format — not to mention the helmet sponsorship decals and the sponsorship division naming rights. Furthermore, expanded rosters/taxi squad are now a thing as well.

Having said all of that, it is finally time for NHL teams to start to gear up for the sprint that will be their 2021 regular season, which starts today. With every NHL team ready to get back in action, I thought it would be a good idea to look at some potential rookies and sophomores poised to put themselves on the map in 2021.

Before we jump right into some of the rookies and sophomores below, this list will follow the NHL’s guidelines on qualifications for “rookie” status.

Best Rookies And Sophomores – All The Hype 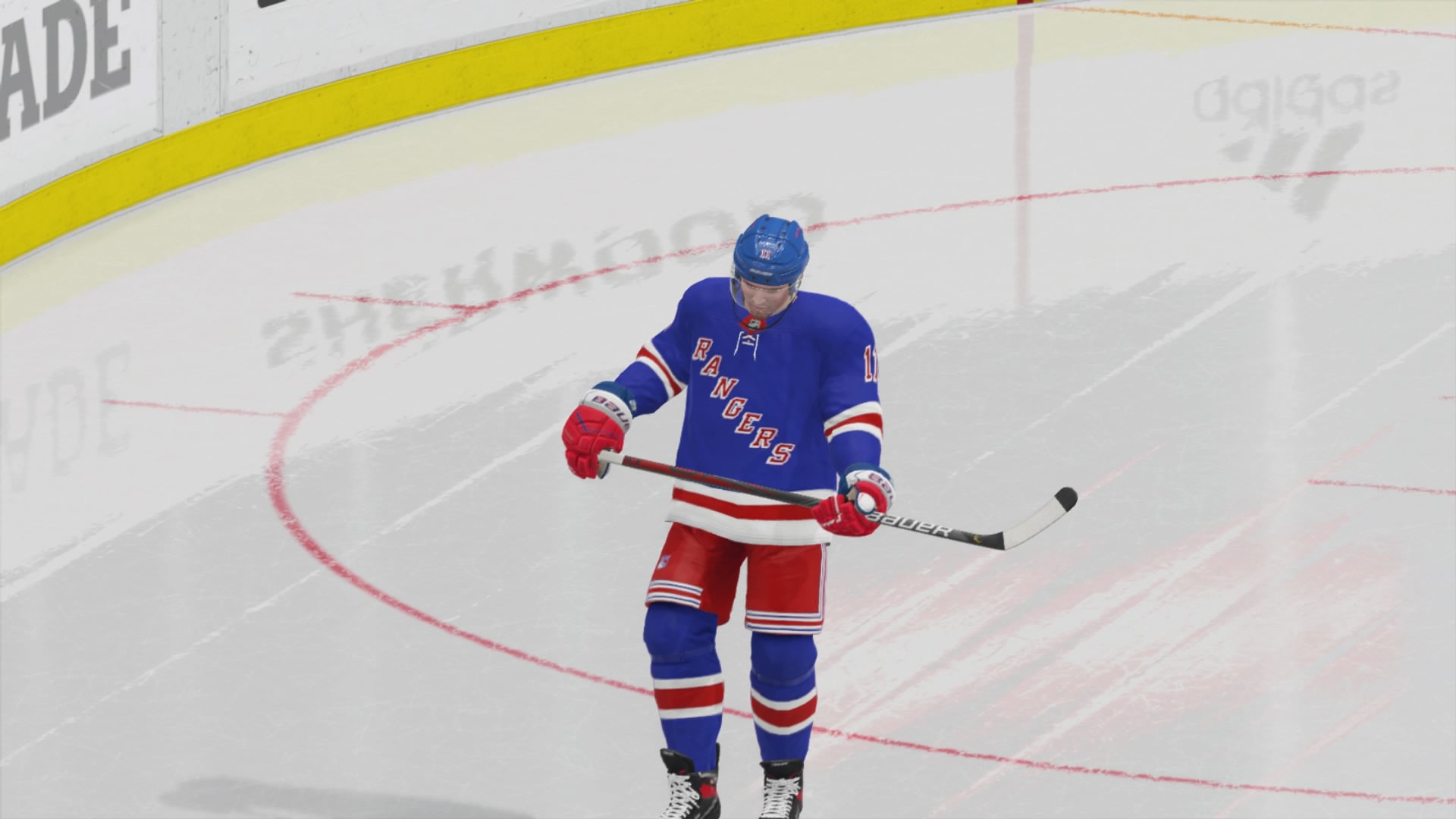 The New York Rangers surprised nobody in the hockey world when they used the first overall pick in last year’s NHL Draft to select the then 18-year-old Lafreniere, Highly coveted and touted as a sure thing, Lafreniere has been on NHL radars for a few years now, and did I mention he is still only 19. Last year, while playing for Rimouski Oceanic in the Quebec Major Junior Hockey League (QMJHL), Lafreniere collected a whopping 112 points in just 52 games — all while collecting the league’s MVP award for a second year in a row.

Lafreniere will succeed in the NHL, the question is simply how quickly will he be able to do so?

Stuetzle, the third overall pick in the 2020 NHL Draft, just finished an impressive showing in the World Juniors while captaining team Germany. Currently, it’s unknown if Ottawa will use Stuetzle at center or on the wing, but a role in the top nine — possibly six — is fair to assume. Furthermore, in my opinion, the Senators have quietly put together a solid looking offensive team that is perhaps a tad overlooked right now. If Stuetzle’s highlight reel goal from the World Juniors is a precursor of things to come during the shortened 2021 season, then he could have rookie of the year potential.

Tim Stützle with an amazing goal for 🇩🇪. @Senators fans should be pumped. pic.twitter.com/l3mY9sRaud 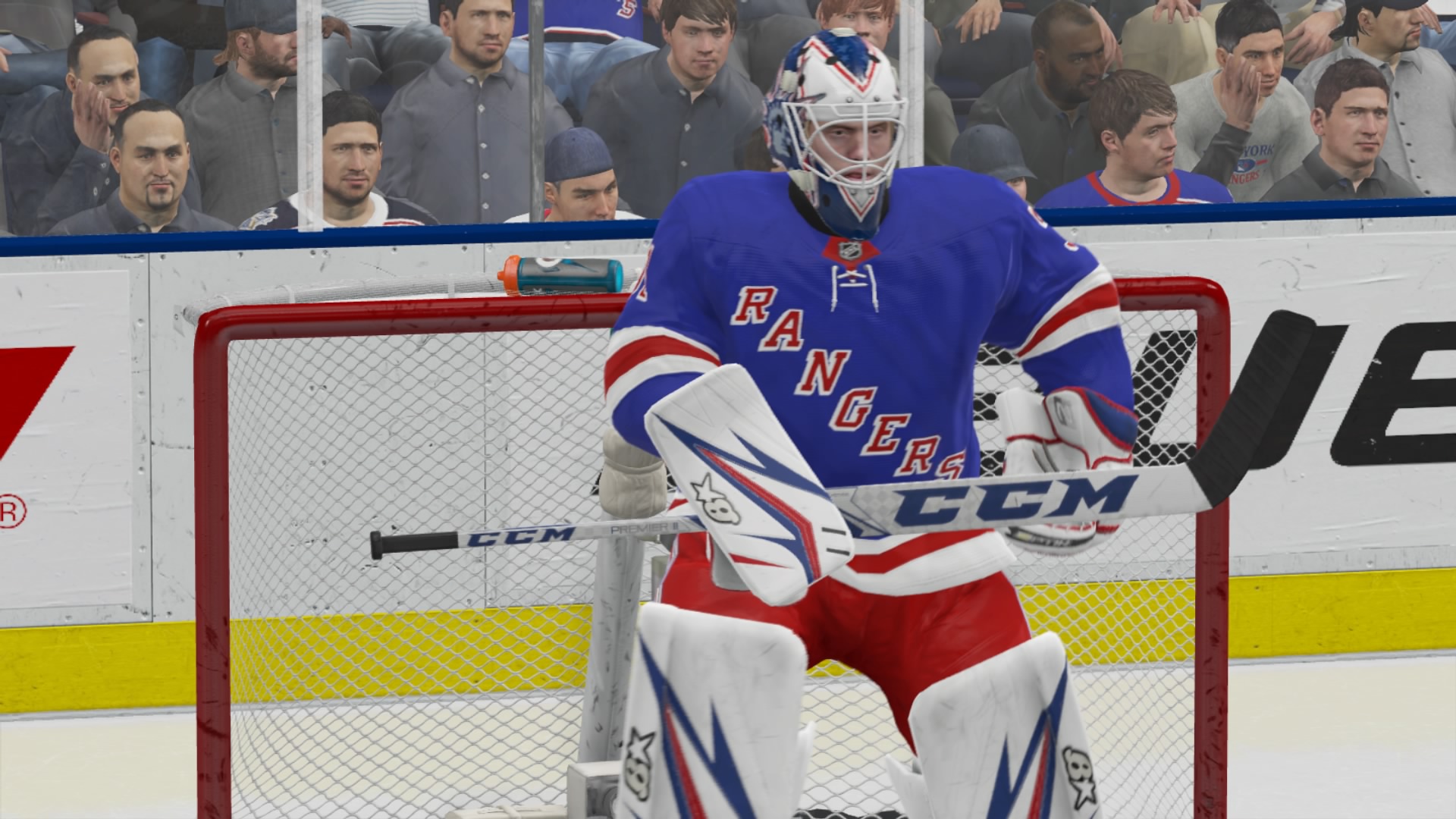 Technically a rookie despite appearing in 12 NHL games last season, the 25-year-old Shesterkin has become somewhat of a phenom in the Big Apple. Heading into 2021, and looking to build off of his 10-2 record from the 2020 NHL season, Shesterkin has the keys to the starting role after the Rangers moved on from longtime netminder Henrik Lundqvist this past summer. Additionally, the New York Rangers are expected to be a playoff team in 2021, and if Shesterkin lives up to the hype then the Rangers could make some noise in the playoffs as well.

The best two rookies from last season were obviously Makar and Hughes. Makar, fresh off of a 50 point season that gave him the Calder Trophy, will have a new defensive partner this year in the dependable Devon Toews, who was acquired via trade from the New York Islanders. Additionally, with Colorado’s firepower, perhaps a Norris Trophy is up next for Makar.

For Quinn and the Vancouver Canucks, they lost some key players this offseason but Hughes should still be very effective. Hughes should even see an increased amount of time on the ice this year, up from his 21-plus minutes last season. The Canucks defenseman should also be vying for a Norris Trophy in the near future.

The Montreal Canadiens were a surprise playoff team in 2020. The 21-year-old Suzuki recorded seven points in 10 playoff games and was a pest to play against at all times. Montreal, mainly considered an offensively challenged team, saw Suzuki put up a very respectable 41 points in 71 games during the regular season. Suzuki’s tenacity shown in the playoffs, coupled with the Canadiens’ additions this offseason, could get Suzuki to that point per game pace in year two. 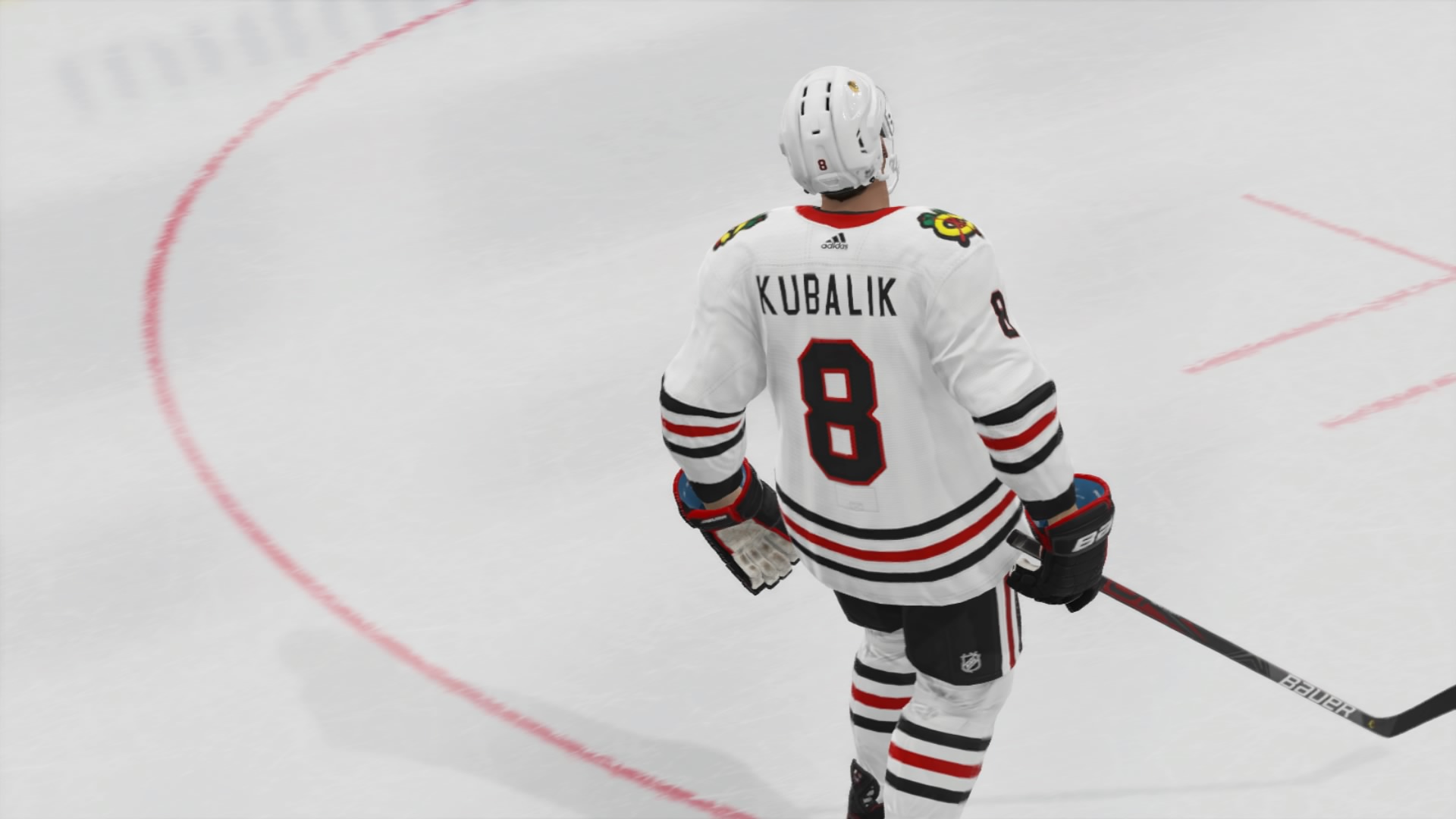 Talk about striking gold. Kubalik was originally a seventh round draft pick by the Los Angeles Kings in 2013, and he burst onto the scene in 2020 by scoring an impressive 30 goals in 68 games. Additionally, the Blackhawks winger led all rookies in goals and finished third in Calder Trophy voting.

In 2021, Kubalik will have to get used to new teammates on his line. Jonathan Toews is out due to injury and Brandon Saad was traded to Colorado. However, with those big holes to fill, Kubalik should see opportunity after opportunity on a Chicago Blackhawks team that is not that deep on offense.

Best Rookies And Sophomores – Flying Under The Radar

For the last couple of seasons, the Minnesota Wild have tried to bring their 2015 fifth round pick over to North America and have finally succeeded. Kaprisov has spent the last three seasons playing in the KHL, recording back-to-back 30 goal seasons. In fact, he scored 33 goals last year to lead the KHL. The anticipation is certainly there in Minnesota, but outside The State of Hockey the buzz isn’t as loud. Perhaps it’s because the Wild aren’t expected to be much of a contender this season, or maybe it’s because Kaprizov was a fifth round back selected almost six years ago now.

Another ex-KHL player looking to transition to the NHL for the 2021 season, Sorokin posted insane numbers last season in Russia. In 40 appearances, he recorded 26 wins to go along with a dazzling 1.50 goals against average and a .935 save percentage. Additionally, the New York Islanders employee goalie whisperer Mitch Korn, who has built a reputation for turning goalies into elite versions of themselves — not to mention the Islanders are already one of the stingiest teams to play against in the NHL. 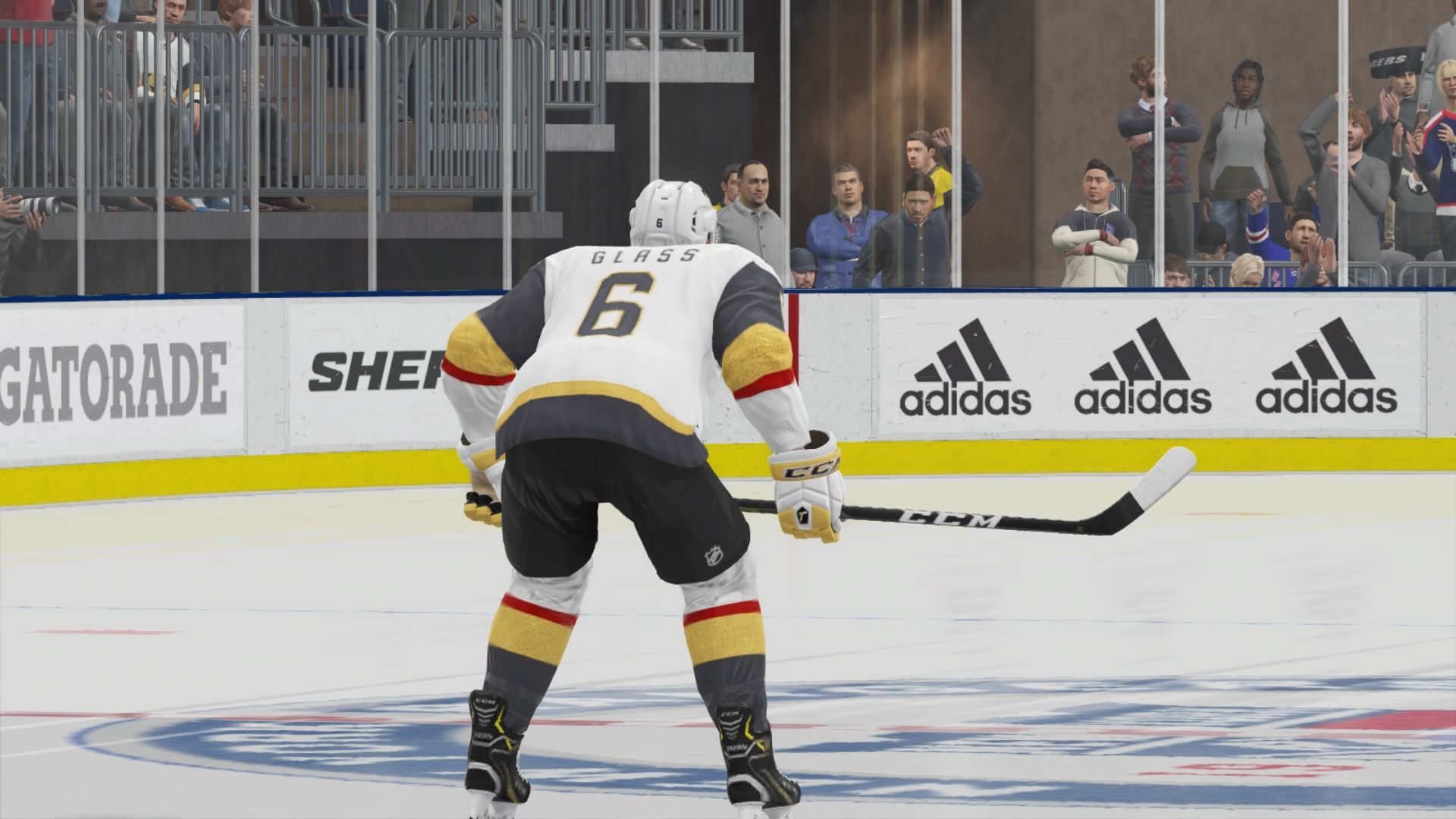 The first ever draft pick in Golden Knights history, Glass has been a highly touted NHL prospect since being drafted sixth overall in the 2017 NHL Draft. The 21-year-old Winnipeg native played just 39 NHL games last season in a very limited role, producing just five goals and 12 points in his rookie season. This offseason, however, the Golden Knights were forced to move on from a number of veteran forwards who blocked Glass’ ice time during the 2019-2020 season.

Looking ahead, the 2021 NHL season could see Glass potentially centering the second line for the Golden Knights and taking on much more of an offensive role. Furthermore, Mark Stone and Max Pacioretty are the two likeliest wingers to play on that aforementioned second line. Additionally, the 6-foot-2 Glass amassed over 200 points over his last three seasons while playing in the WHL. The skill set is undoubtedly there, now the opportunity also seems to be there for Glass to enjoy a big breakout season and flourish for the Golden Knights in 2021. 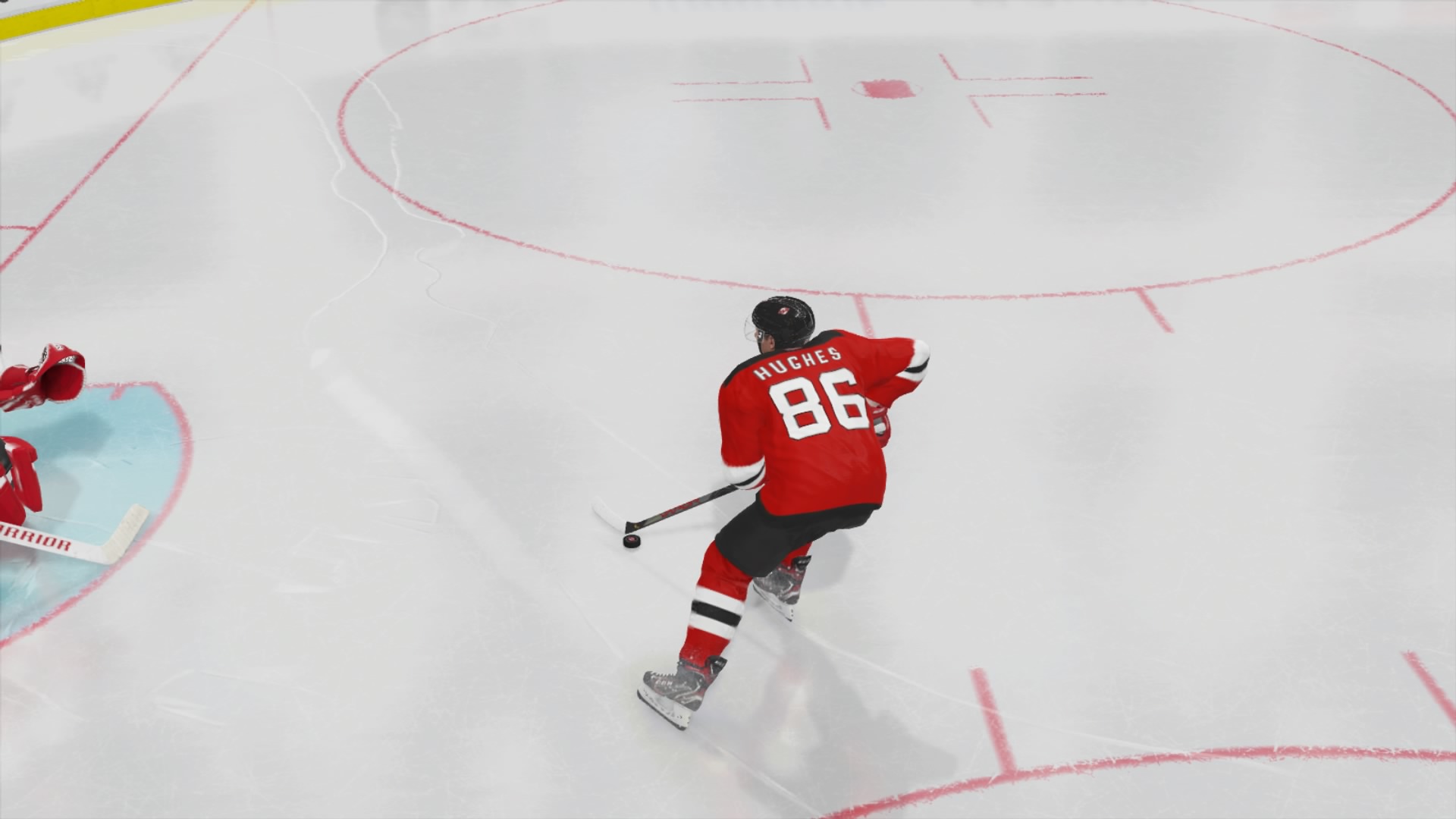 All reports out of Devils training camp so far are that Hughes is looking confident and much bigger, adding 15 pounds of muscle heading into the 2021 season. Hughes’ rookie season did not go as expected at all. After being dubbed a “generational” talent — a word that gets used far to often — Hughes only managed to net seven goals in 61 games during his rookie season. Additionally, the last eight forwards prior to Hughes selected first overall had all produced at a 50-point pace or higher in their rookie season.

However, to be fair to Hughes, the New Jersey Devils were an awful team that saw them trade away offensive star Taylor Hall and fire their head coach. Having said that, the 2021 Devils don’t look that much more dangerous on offense, but perhaps a new start with new head coach Lindy Ruff will unlock Hughes’ potential.

The second overall pick in 2019 didn’t enjoy the success many thought he would during his rookie season. However, with a year under his belt and an increased offensive role expected — due to the departure of Jesper Fast — Kakko could be due for his breakout in year two. The New York Rangers’ top six forwards are immensely talented, and the possible pairing with Hart Trophy finalist Artemi Panarin should lead to Kakko’s point totals going way up in his sophomore season.

What does everyone think of these names? What rookie are you most excited to see in 2021? Which sophomore do you think will take the biggest step forward?

NHL 21 Team of the Year Revealed
The Operation Sports NHL 21 Simulation Predicts the Stanley Cup Winner Will Be...