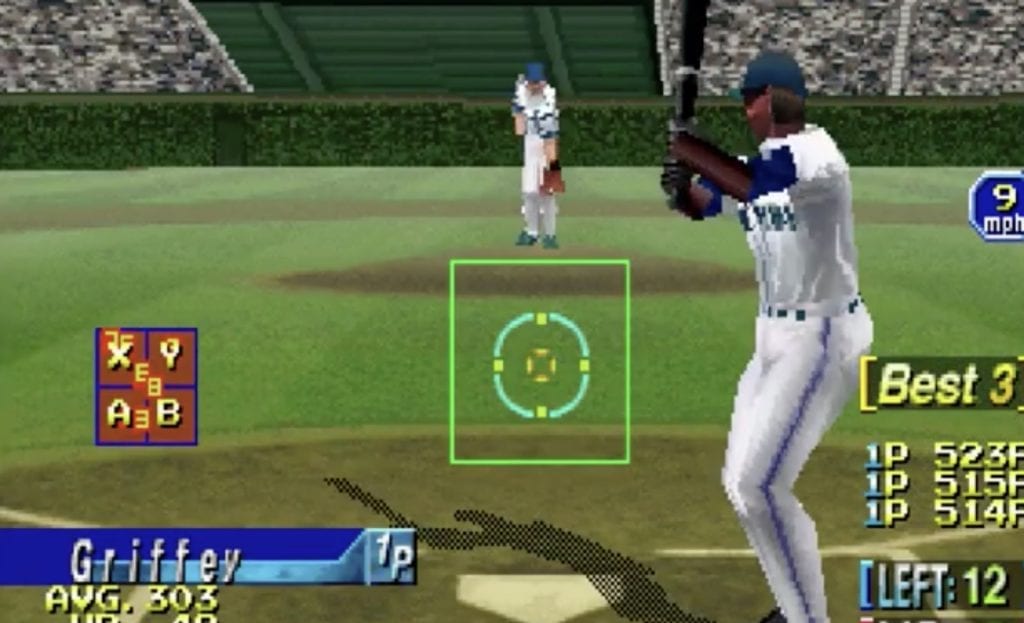 After Aaron Judge’s titanic showing last Monday night, we over at the Operation Sports fondly recalled some of our favorite memories of the Home Run Derby. Which, invariably, led to a debate and discussion about which video game captured it the best.

Strengths: The Bigs 2 is a gem. A comic book-style twist exaggerated every aspect of the game for better and for worse. In addition to a different Story Mode and criminally underrated Pickup Mode, a gratuitous Home Run Pinball mode attempted to take the Derby to new heights: the total destruction of certain cities and landmarks.

Weaknesses: There just really was not a lot to gain from Home Run Pinball. The fresh take was appreciated, but only so much could be done in a single playthrough.

Innovation: This series did well to innovate every aspect of a regular game. Players could lose pitches if batters hit them too well, Mortal Kombat-style button inputs could be utilized for “legendary” catches, and a points-driven meter led to a sublimely intense Duel Mode. As such, Home Run Pinball’s name suggested a completely different mode than it actually was. There was no pinball to be found — just a mode that launches home runs into random locales and destroys stuff.

Fun: While the game’s Pickup Mode and local multiplayer kept Bigs 2 fresh in our household, Home Run Pinball loses its luster after a playthrough or two. That being said, smashing things with baseballs is always fun, and there was something just genuinely delightful about Prince Fielder hammering baseballs into the bright lights of a busy street in Japan.

Strengths: One of the final games for the oft-overlooked Sega Saturn threw fans a formidable (ahem) curveball: It was entirely in 3-D. This made the MLBPA licensed rosters even more tantalizing. The Derby allowed for 20 outs, and when hitting was mastered, the mode became a formidable skill test. It also had a gnarly ad that featured a prominent strawberry on a nameless player’s elbow that likely frightened a bunch of unsuspecting ’90s kids.

Weaknesses: The jury is pretty well divided: this game was either super easy or super hard. Home runs looked downright bizarre sometimes. They often flew too straight or did not match up to the batter’s hitting animation. Regrettably, this was nothing more than a sign of the times.

Innovation: As baseball games continued to incrementally add features, Sega set a precursor for what would become a titanic series during the upcoming Dreamcast years. Otherwise, this mode was a simple step in the right direction.

Fun: In addition to being one of the first baseball titles to feature full-on 3-D, home runs routinely cruised over 500 feet. There were in-game leaderboards that tracked the furthest home runs as well, but depending on who you ask, the fun was not as strong as other titles on this list.

Strengths: The air-tight gameplay and overall atmosphere make this game a standout in its own right, but the Derby is well represented here. Balls jump off the bat when they should, and tape-measure home runs cascade against unique stadium features. All the while, arguably the greatest song in sports video game history keeps batters engaged and focused.

Weaknesses: Ken Griffey, Jr. is the only licensed player in the entire game. This makes him the most desired character in the Home Run Derby, but it would be great if you could select any of the non-MLBPA licensed players on the roster. However, you cannot. The National League and American League are limited to one of three pre-set players, and one of them is practically useless because of his stats (our apologies, Sammy Scrap).

Innovation: At a time in sports gaming when licensing MLB players would have been a revolution, Griffey was one of the first titles to feature a fully fleshed out Home Run Derby. Additionally, the game’s slick art style allowed for individual features for each stadium, which was certainly a feat for the time.

Fun: No stamina depletion and no significant twists on regular gameplay meant this Derby was a marathon test of reflexes. The lack of variety dulled the mode after, say, your first seven home runs, but when played head-to-head with a friend, it was a nerve-wracking endurance test.

Strengths: Slugfest had great mechanics despite being written off by sim fans. Pitches were exaggerated, but the ball looked good off of the bat, and players could control its direction. Interestingly, unlike MVP Baseball 2005, Slugfest’s arcade style was a bit toned down during the Home Run Derby.

Weaknesses: Sim players might be turned away due to the game’s arcade feel. Not everyone is a fan of the red flame trailing the ball and the goofy commentary. But arcade lovers looking for a bonkers experience might be let down as well as this mode is very toned down compared to exhibition.

Innovation: Outside of the resurgence of bizarre stadiums and teams, Slugfest did not do too much to innovate the Derby. It was a delight watching the (literal) clowns on defense try and catch the ball like the scores of kids during the real-life telecasts.

Fun: Stripping away some of the game’s core features (turbo, being able to punch fielders) for a basic Derby felt very light in a game that allows you to play full games in an aquarium. But it was in sharp contrast to MVP 2005’s Home Run Showdown. It featured the traditional 10-out format and still allowed for head-to-head battles. It was a smoother experience that still yielded a classic and crisp ’90s feel, but you could still play as a Scorpion from Mortal Kombat.

Strengths: At the height of the Steroid Era, Triple Play was littered with larger-than-life legends, childhood heroes and future hall of famers at a time when home runs were as much of a spectacle as anything in sports. They made sure to make the game’s Home Run Derby a thrilling experience that is actually worth revisiting multiple times.

Weaknesses: The frame rate, animation and controls pale in comparison to other titles on this list. While it is still a tremendous amount of fun, the game’s ambition is simply too much for the PlayStation at times.

Innovation: Triple Play was caught in the reeds of perennial competition among baseball titles. As such, constant evolution was necessary to stay relevant, and the series was one of the first to include different point values for hitting different targets with home runs. This point-based system became the blueprint for other future titles, though it bore no resemblance to the real Home Run Derby.

Fun: Other titles on this list featured some pretty bonkers arenas as well, but Triple Play 2001 took the cake. A medieval castle was a nice touch, but its masterpiece was a family’s living room. Players were shrunken down to action-figure size and fulfilled every child’s fantasy of smashing home runs against fragile items around the living room. What made it even better was that each object in sight had an interaction when struck with the ball, such as the windows breaking.

Strengths: Given all of the praise that MVP Baseball 2005 has received for its bounty of features, one would expect that the developers had to cut corners somewhere down the line. This was not the case with MVP’s stellar take on the Home Run Derby. The head-to-head Derby utilized a stamina meter and point system that rewarded players for longer home-run distances and detracted heavily for strikes. Pitchers did not throw meatball after meatball. Instead, batters got a heavy mix of pitches to reward patience and train plate discipline.

Weaknesses: This was not your standard fare 10-out Derby. Gamers were disappointed to learn that the traditional Derby did not make the final cut of the baseball game that many consider to be the greatest of all-time. They were stuck with Home Run Showdown whether they liked it or not.

Innovation: Amid scores of innovations from even the profound MVP Baseball 2004, removing the core mode despite its presence in previous iterations was not exactly an innovation. But the gamble on the experimental mode paid off handsomely. Though many lamented the lack of the Derby (especially within the robust Dynasty Mode), Home Run Showdown was an absolute blast. It continued the trend of points-based elements that other games made famous, but it was wholesomely different and all its own. It even included a pink “Money Ball” that would occasionally pop up for double points.

Fun: Go ahead and give this a try after hours of head-to-head exhibition games with your buddy. That’ll put the fluke home-run debates to the test.

Did we miss any classics? Was your favorite nostalgia trip criminally left out of the list? Let us know what you think in the comments below.