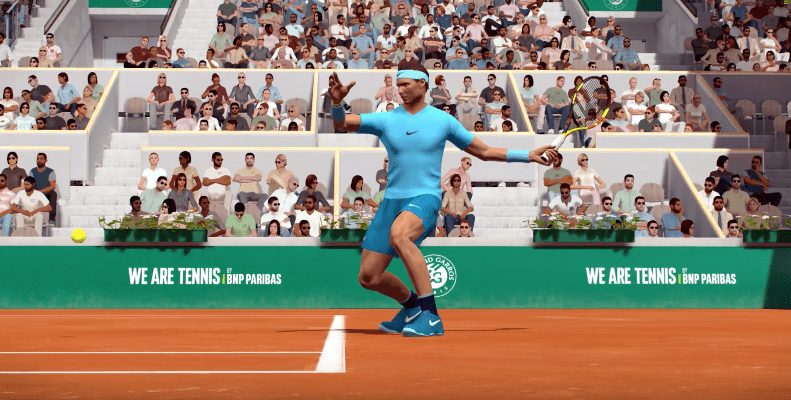 Tennis World Tour: Roland-Garros Edition is coming to PlayStation 4, Xbox One, PC and Switch on May 28th in America, featuring Rafael Nadal, 11-time winner of Roland-Garros, and Kristina Mladenovic, a French player ranked amongst the top 50 in the world, for matches on the clay courts of Roland-Garros. The 2 additions bring the number of ATP and WTA stars available in the game to 33.

To achieve the level of realism players have come to expect, Bigben and Break Point studio used motion capture to record the signature movements of top players. This means you can experience Mladenovic’s powerful serve and Nadal’s looping forehand, along with the latter’s unique serve preparation.

Tennis World Tour Roland-Garros Edition provides an optimized playing experience and even more content. On all types of surfaces, and especially on the legendary clay courts of Roland-Garros, players take on the biggest stars in world tennis, such as Rafael Nadal, Roger Federer and Gaël Monfils.

NOTE: The new content will not be free for existing owners and is exclusive to this version of the game. Currently there are no plans to release it separately, but it is an option that the developers are currently exploring.