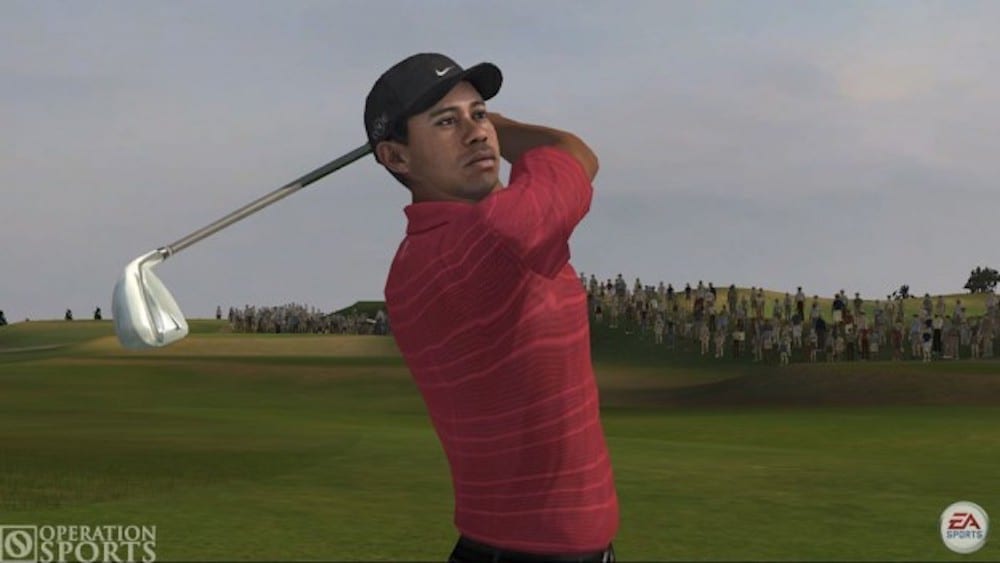 Today, we’re going back 10 years to look at the world of sports gaming as it existed in 2006. This was a year that proved revolutionary for certain series, while others struggled under the weight of a new console generation. The Xbox 360 was entering its first full year, but Sony’s PlayStation 3 and Nintendo’s Wii would have to wait until their respective launches in November of 2006 (US) to make a statement.

Looking back, there are more similarities with today’s gaming scene than you might expect. EA Sports’ titles still reigned supreme for the most part, and series such as NBA 2K and MLB: The Show enjoyed immense popularity, as they do today. However, there were also plenty of highlights that disappeared from the gaming market in later years. Let’s go back and take a look at some of 2006’s most important sports game releases.

The first entry in the short-lived MVP: NCAA Baseball experiment (fourth in the MVP series) arrived in 2006, and was well received at release, with OS’ Clay Shaver scoring it a 9/10 for the original Xbox. MLB 06: The Show was the star of the big leagues, improving over the previous year’s edition in practically every way to put its case forward as the undisputed king of MLB gaming. 2K’s second iteration of the Major League Baseball 2K series wasn’t quite as well received, emanating from a bug-filled experience among other issues. Out Of The Park Baseball 2006 was a PC highlight. NBA 2K7 was the star of the show in 2006. It scored a perfect 10 from OS’ Aaron Holbert, offering a revamped 24/7 mode and deeper Association experience. “Disappointed” was a word that the same reviewer used to describe EA Sports’ NBA Live 07. Sony also gave us NBA ’07, which offered responsive gameplay, as well as ‘Vol 2’ of an engaging story mode entitled ‘The Life’. Another highlight of the year was 2K’s College Hoops 2K7. There was no shortage of football titles in 2006. EA Sports’ NFL Head Coach made its debut and went on to spawn a sequel in 2008. NCAA Football 07 marked the series’ first release on the Xbox 360, adding a brand-new momentum system in the process. EA Sports’ Madden NFL 07 was described as a “solid” football game by OS’ Mark Fossen, adding new ‘Highlight Stick’ and ‘Lead Blocker Control’ features. Blitz: The League also made the jump to the Xbox 360 late in the year. The NHL didn’t have a massive presence in 2006’s sports gaming scene, but every title made a statement. First, there was 2K’s NHL 2K7, adding features such as ‘Cinemotion’ and ‘Pressure Control’ to offer an engaging hockey experience. EA Sports’ NHL 07 arguably wasn’t the better game that year, but crucially, the innovative ‘Skill Stick’ control system set the wheels in motion for major series progression in the years to come. Another impressive title that seemed to get lost in the pack was Sports Interactive’s NHL Eastside Hockey Manager 2007 — the last game in that series until 2015. The highly popular Burnout Revenge received a next-gen makeover in March of 2006, and titles like Test Drive Unlimited and Need For Speed: Carbon made big splashes throughout the year. “Boredom” came to mind for OS’ Clay Shaver while reviewing NASCAR 07, while the Operation Sports highlight of the year was an unlikely one –- GTR 2 FIA GT Racing Game scoring a perfect 10/10. 2006 marked a period of change in the soccer gaming scene. EA Sports released 2006 FIFA World Cup to coincide with that year’s major soccer tournament, but FIFA Soccer 07 was a different beast later in the year, slowly transitioning away from the more arcade-focused nature of previous titles. On the other side of the competition, Konami’s highly respected Winning Eleven (also known as Pro Evolution Soccer) series had reached its peak, culminating with the release of Pro Evolution Soccer 6 in Europe and Winning Eleven 9 in the US, the latter of which scored a perfect 10/10 at Operation Sports. There was no shortage of historic titles in 2006. The long-running Tiger Woods PGA Tour series provided another dose of quality with the impressive ’07 edition. EA Sports also delivered with Fight Night Round 3, Cricket 07 and Rugby 06, while 2K unleashed the second entry in the excellent Top Spin series. WWE Smackdown Vs. Raw 2007 made noticeable strides over THQ’s previous iteration, and Rockstar Games presents Table Tennis was an unexpected highlight. Tony Hawk’s Project 8 was a great Tony Hawk game (no, seriously), and finally, we can’t forget to mention the revolutionary Wii Sports bursting onto the scene late in the year. What were your favorite games of 2006? Let us know in the comments.

Do Presentation Packages in Sports Games Live Up to Your Standards?