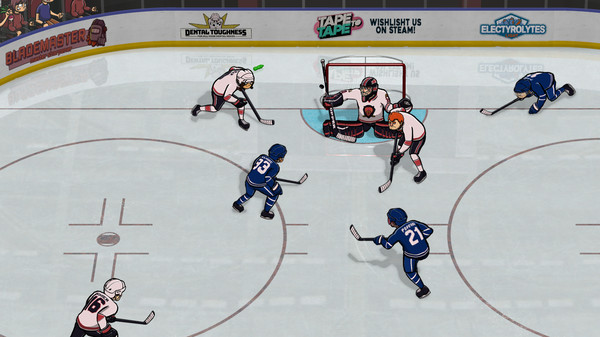 Cross Check Studio has revealed some additional details for Tape to Tape, their fast-paced realistic hockey game with plans to release in December 2022 on Steam.

Tape to Tape combines the fast-paced gameplay of 90’s hockey games with the gameplay enhancements of modern games, combining the best from arcade and sim-like games. Modern hockey games are focused on emulating real hockey games. The games are centered around puck possession and slower gameplay. Tape to Tape is much faster with more emphasis on speed and counter-attacks while staying true to the sport of hockey.

On offense, the players’ can easily skate across the ice thanks to the skaters’ high acceleration and maximum speed. With the tap of a button, the player can pass the puck successively for high-speed counter-attacks. On defense, the speed-burst mechanic allows players to always be in the middle of the action and deliver crushing body checks anywhere on the ice.

Head over to the official Steam page for more details and add it to your wishlist.

More in Tape to Tape