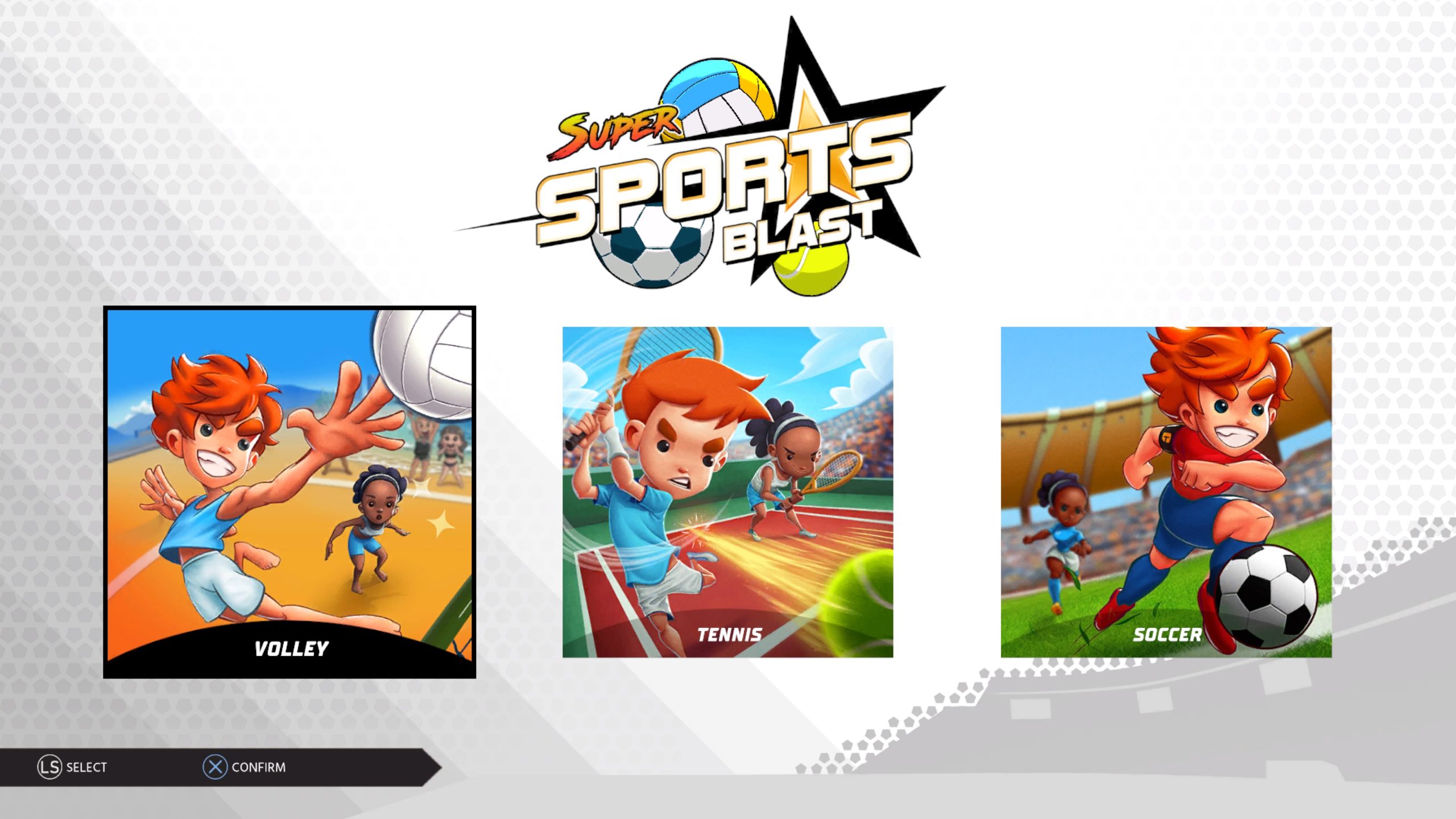 Piggybacking off this past summer’s successful release of Super Sports Soccer, Unfinished Pixel released a follow up titled Super Sports Blast. Adding to the already fun soccer game, Unfinished Pixel has added in volleyball and tennis to this collection (which are older games from the studio’s library), bringing the total sports offerings to three. With a strong Wii Sports vibe, it’s time to see how this collection fits together. If you haven’t already read up on the soccer review, you can find it here. Now let’s dive in to the Super Sports Blast review. 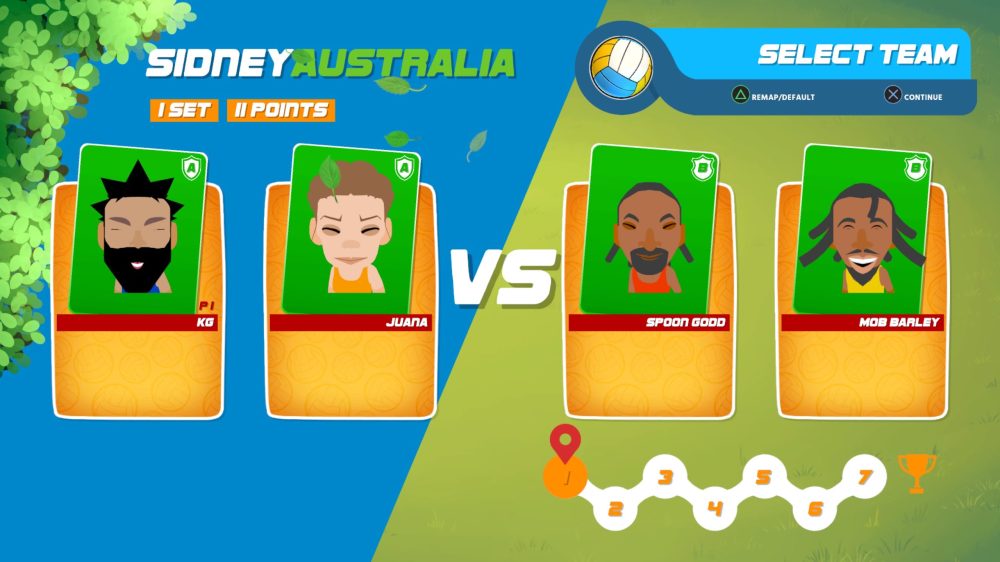 We live in a day and age where sports video games are released and they are immediately put under the microscope. Everything from the sim engine to the AI is picked apart and what ultimately happens is that modifications (namely sliders) are needed in order to create the best experience. Fortunately for us, this isn’t the case with Super Sports Blast. The only thing you’ll need to do is customize your avatar (more on the awesome custom mode in a bit).

As games like NBA 2K and FIFA become more and more complex, it’s refreshing to be able to pick up a new game with controls simple enough that my 7-year-old child can play alongside me. What’s even more refreshing is how fun the games are. Simplified controls, customizable avatars and a plethora of modes within each sport mode means you can bounce around having fun in a way that doesn’t take itself too seriously. After all, at the end of the day, video games are supposed to be fun and this is exactly what Unfinished Pixel accomplishes here.

Three Games For The Price Of One 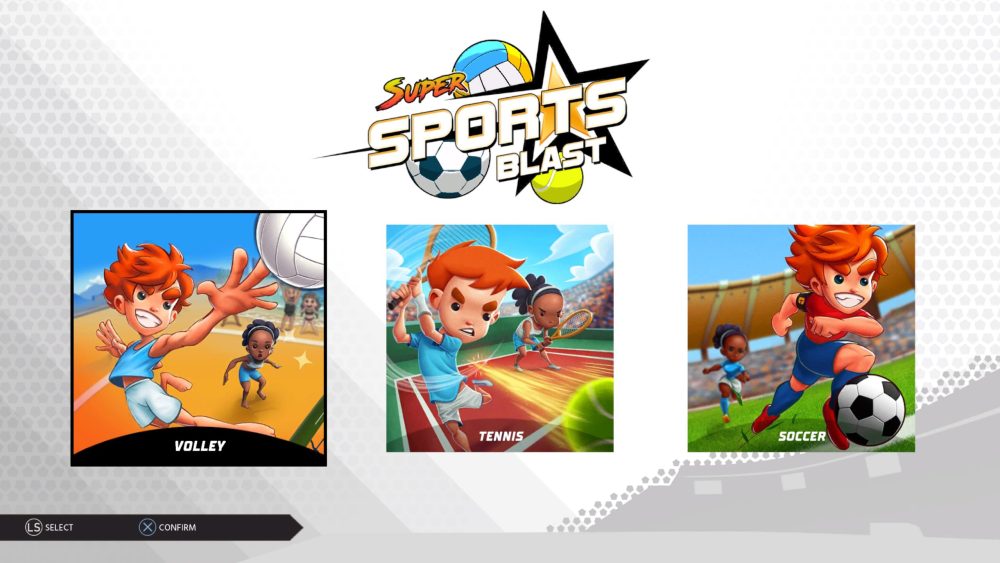 Whether it’s playing beach volleyball against the likes of a fictional Snoop Dogg, taking on a virtual Serena Williams, or an 11-aside soccer game against Brazil, getting three sports games for $19.99 is a deal. In the past, each game had been released for about $9.99, so here you’re basically getting an extra title for “free” and maybe playing the version you missed out on in the past. 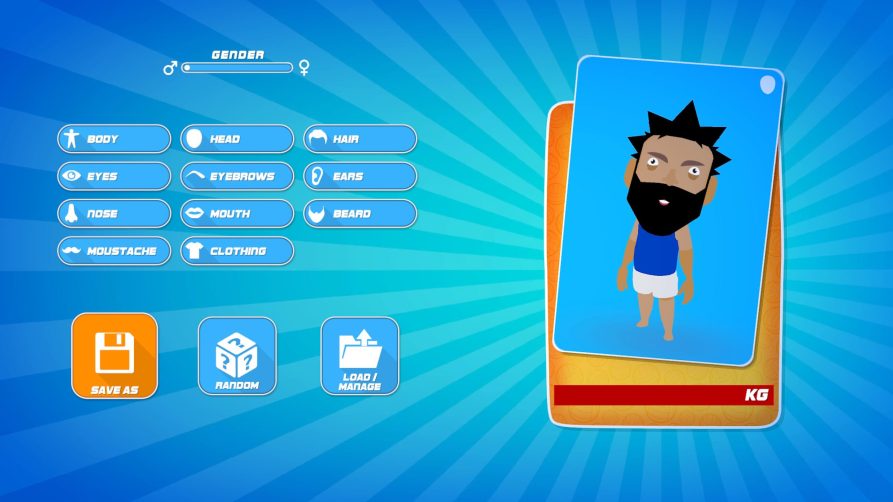 The same awesome edit mode that was featured in Super Soccer Blast is available within tennis and volleyball. Customizing your gender, hair and clothes are just part of the suite available to you. With some fictional characters in the game closely resembling real-life athletes (“Ruger Federk” and “Sirena W.”), there’s enough authenticity to appease even the most hardcore fans of the sports. Custom tournaments are also a thing, and with the simplicity offered within edit mode you can quickly replicate some of the sport’s biggest competitions.

Difficulty levels are available as well, offering newcomers to both sports and/or video games an excellent way to learn the sport without the frustrations of overly complicated controls and game modes. While there are no statistical differences by way of ratings to separate the characters, it’s fun creating your buddies, family members, or even cast members from a favorite show. Next up, a showdown between KG and Baby Yoda to see who’s the master of the court! 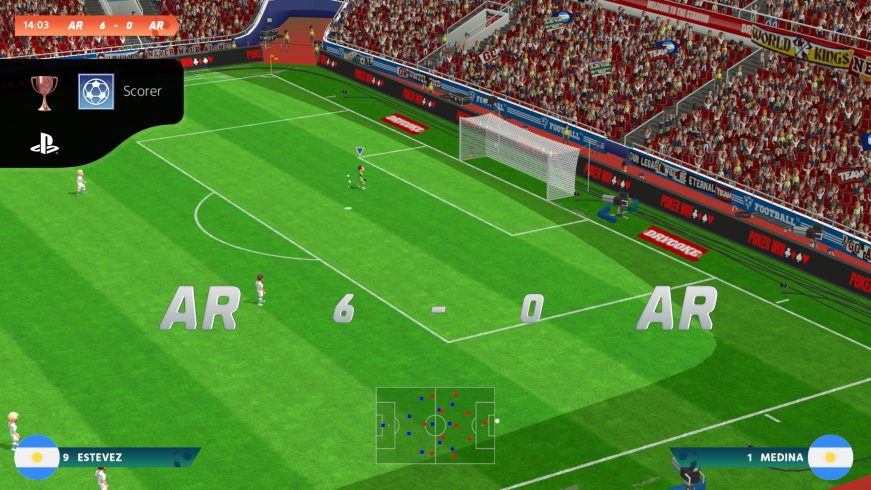 Look, the graphics here in Super Sports Blast are not going to set the genre on fire, but for what Unfinished Pixel is aiming for (fun, arcade-paced sports), the aesthetics fit. It’s all about fun so Super Sports Blast features vibrant colors and funky avatars all wrapped together in a simplistic, yet cool presentation package featuring cartoonish overlays. Despite the cartoon-based approach Unfinished Pixel is aiming for here, the backgrounds and stadium details are surprisingly appealing. There are also a couple different venues to choose from within each sport, so there’s enough visual variety to break up the monotony that often comes with sports arcade games.

As a father of two young kids who notice that dad is either always playing sports video games or watching them, it’s nice to be able to play a sports game with my oldest and not worry about having to explain the more-often-than-not-overly-complicated control scheme and rules found in AAA sport releases. With the pandemic taking away opportunities for many kids to enjoy sports, it’s nice to know that you can still teach them the fundamentals of sports without over-burdening them with too much information.

While there are some minor gameplay tweaks I would like to see added to all three sports titles — and basic strategy (formations and subs in soccer) — the only thing that would take this game to the next level of fun would be an online mode. This game is a callback to a time where you actually went over to a friend’s house and played next to other people. Those days are gone, especially given the current climate. Being able to take your edited team online and play a buddy would be fun.

No Football, Hockey, Or Basketball 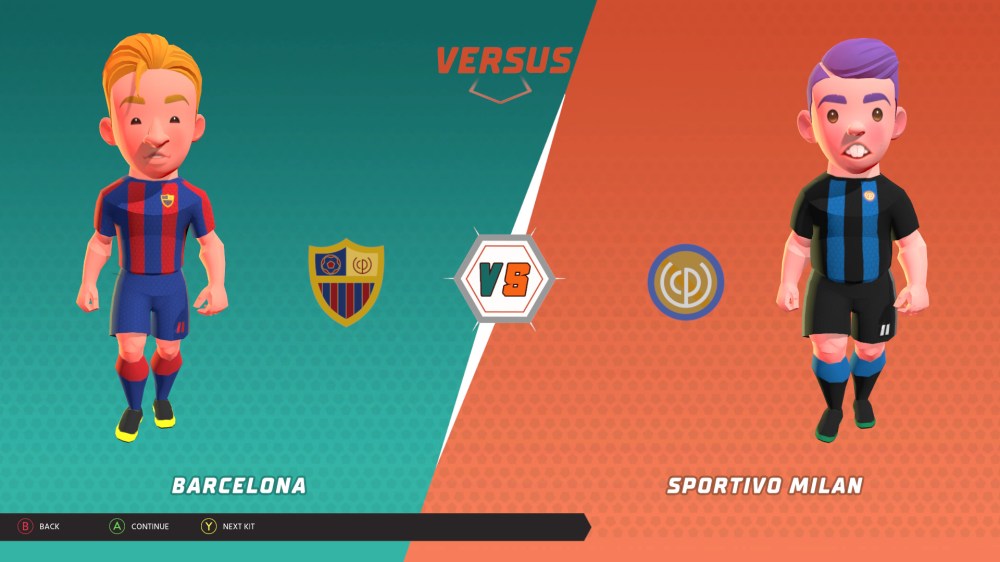 Super Sports Blast definitely gives off strong Wii Sports vibes, but I can’t help but wonder how much fun a Tecmo Bowl-like or Double Dribble-type of game would only add to the fun. Football is more complicated, but having grown up on Tecmo Bowl and having four plays at your disposal, I can only assume that Unfinished Pixel would pull off another masterpiece if the developers extended their sports offerings to football and basketball. Perhaps they are gauging interest, but just know that this guy would surely eat up an arcade basketball or football game!

The developers over at Unfinished Pixel did a tremendous job in June bringing us a fast and fun footy game. Bringing back the volleyball and tennis games and offering them in a bundle is even more of a win. While we often get caught up in the intricacies within FIFA and Madden, it’s good every now and then to just have some fun. I had a smile on my face the entire time I played this game. That alone is worth $20 bucks.