Unfinished Pixel’s Super Soccer Blast is a throwback arcade soccer game that is available on just about every platform. With its fast gameplay and fun edit mode, Super Soccer Blast isn’t trying to be a simulation, but instead a reminder of simpler times when sports games were all about having fun. How well does Unfinished Pixel fare? Well, let’s jump in and talk about it.

Similar to Football, Tactics, and Glory, Super Soccer Blast doesn’t have the luxury of official licenses so you won’t see the likes of Arsenal or Manchester United. Instead, it offers an editor that allows you to create players (avatars) with a plethora of options at your disposal. Everything from your gender to whether or not you have tattoos can be created, saved and even assigned to a team of your choosing.

Speaking of teams, there are nine club teams and 16 international nations. You do also have the ability to add new clubs, which gives you the freedom of creating kits, badges and other characteristics to make your club unique. Furthermore, you can even edit the teams that are already in the game, updating their rosters with the real-life counterparts if you so choose. While the ability to upload rosters isn’t available, creating players and teams only takes a minute so you won’t be bogged down by trying to re-create your favorite side.

To be as concise as possible about this, the gameplay is fast, fun and addictive. While it’s not designed to be a football simulation like FIFA and PES, Super Soccer Blast still offers a ton to both the casual and fanatical soccer fan. Veterans of those two franchises will enjoy the control scheme, which mirrors both games without the overly complicated skill moves that require Street Fighter 2 type button combos. With the game controls being ever so familiar, you’ll immediately notice how polished the game is for a title that comes in at roughly 250 MB.

Dribbling is super responsive, both while walking and sprinting. Through balls, crosses and lobs are all included so passing has enough variety and error to satisfy the hardcore players. Shooting is also a blast (no pun intended) with shots from distance being particularly fun. Defending is tough as the game is more than likely geared towards scoring goals, but that’s where some of the challenge emerges.

Winning the ball back can come from something as simple as taking the ball off the attacker’s foot or sliding in with enough venom to make Roy Keane blush. While there are fouls, they are rare and usually are only called when slide tackling directly from behind the attacker. Keepers aren’t prime Gigi Buffon, but this game wasn’t designed to keep clean sheets. The AI being a tad easy is to be expected, but you can still have a good challenge on the harder difficulties while adapting to the nuances of the game. Animations are smooth and hearken back to International Superstar Soccer (ISS) on the Super Nintendo. 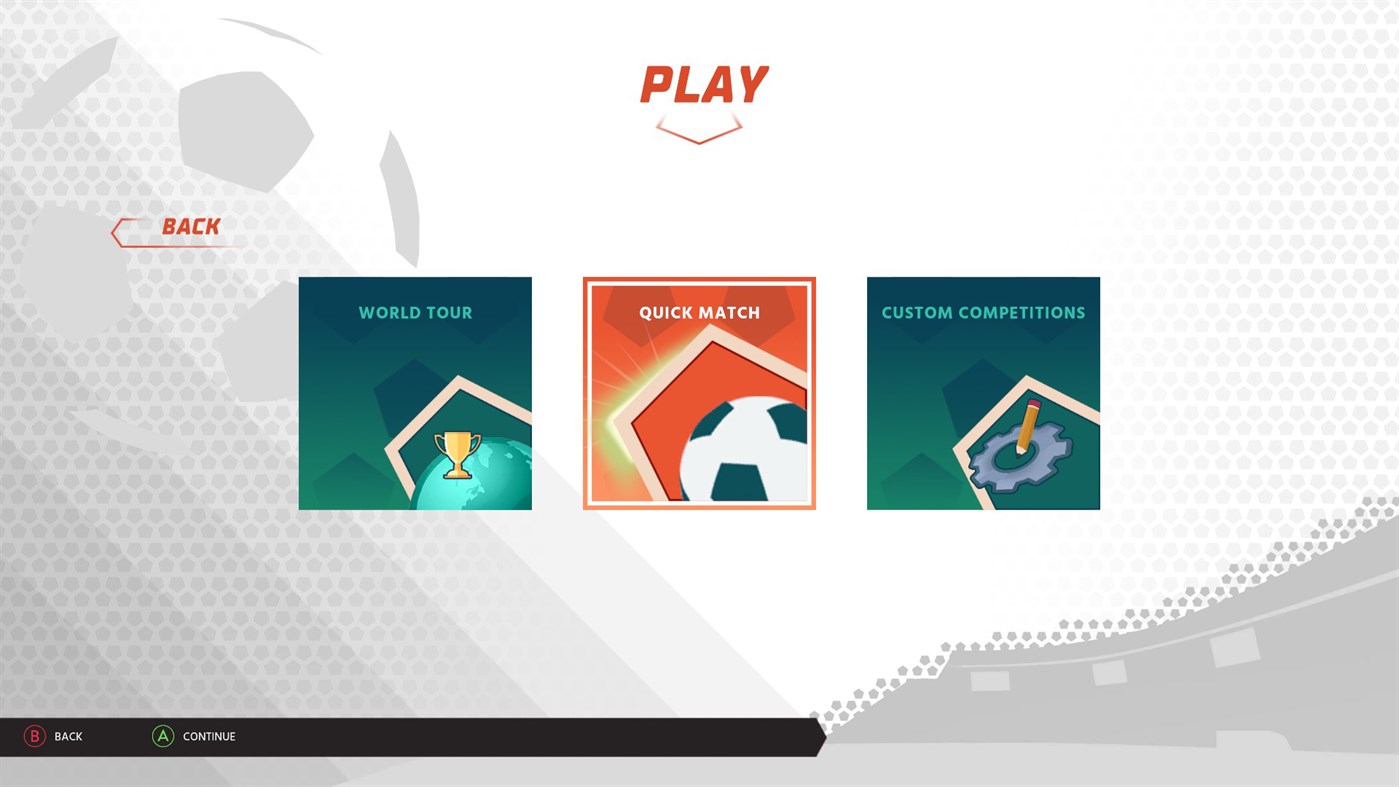 While there are some minor gameplay tweaks I’d like to see added like finesse shots and basic tactics (formations and subs), the only thing that would take this game to next level of fun would be an online mode. This game is a callback to a time where you actually went over to a friend’s house and played next to other people (most likely holding the controller away from them while shooting penalties). Those days are gone, especially given the current climate. Being able to take your edited team online and play a buddy would be fun. Perhaps not having online modes is the price you have to pay for the game only being $7.99.

The developers over at Unfinished Pixel did a tremendous job bringing us a fast and fun footy game for just $7.99. While we often get caught up in the intricacies within FIFA and PES, it’s good every now and then to just have some fun. I had a smile on my face the entire time I played this game. That alone is worth eight bucks.