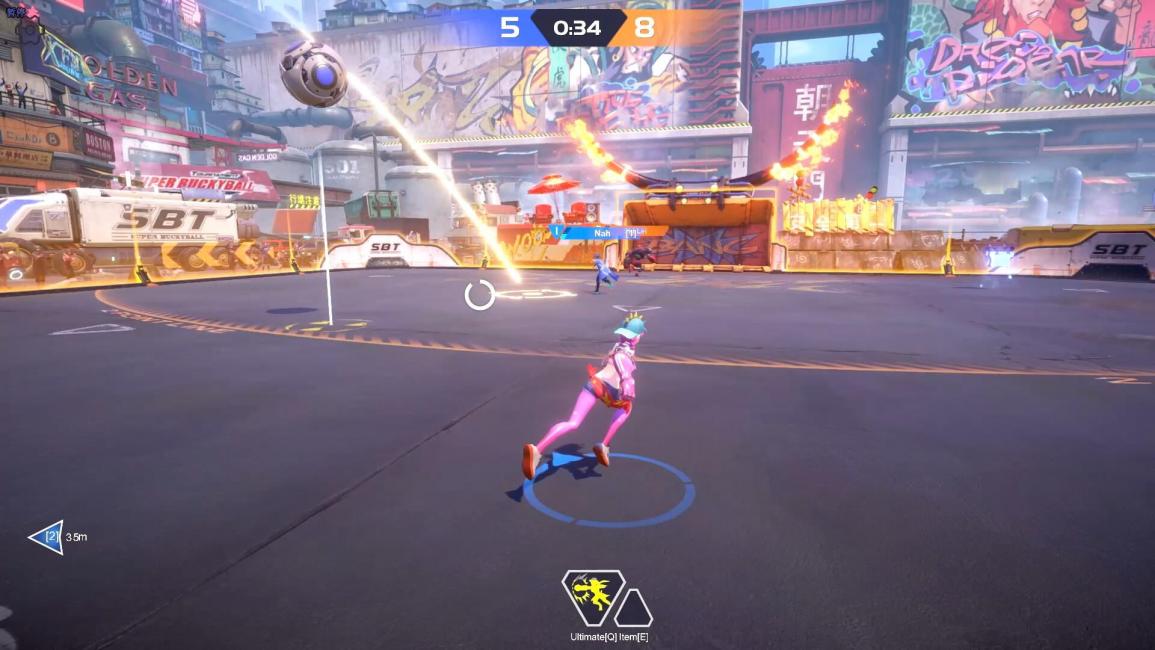 Super Buckyball Tournament, the cyberpunk 3v3 street sports game starring larger-than-life champions, is available now, as a playable demo, for everyone on PC via Steam.

In the near future, Buckyball reigns supreme as the ultimate sport. This no-holds-barred hybrid of soccer and basketball fully embraces a changing cyberpunk world by allowing gadgets and superpowers to augment the action. Rip across the field as four champions from a growing roster, strategically employ game-changing abilities and ultimates, and destroy the competition.

Two new characters join the fray soon. Manipulate water itself as Eriel and fend off competition using a giant fish as a weapon. Junkyard hero Bubba comes equipped with a makeshift shield built out of a car door, making him a great choice for goalie. Available now, new character Lang debuts with a soaring double jump and can whip up destructive tornadoes. Each character brings a beautiful new flourish to SBT’s free-spirited, imaginative art style.

Lightning-enhanced poster boy Pai quickly darts around and can teleport short distances. His impressive ultimate curves the ball towards the goal like a guided missile. Pink’s mechanical knowledge lets her overtune her gravity glove for her ultimate, generating a gravity beam capable of both making shots from a distance and stunning opponents. Bulky robot R47 wields a steel girder: time his ultimate properly for an almost-guaranteed long-range goal.

SBT’s assisted passing system lets players pass the ball at the touch of a button, allowing for a greater emphasis on teamwork. Five power-ups on the field inject chaos: create ice walls to re-shape engagements, use a bubble shield to repel opponents, or turn ball to iron to briefly keep it from moving. Practice against AI bots or against full 3v3 teams to learn the whole kit and ascend the competitive ranking system.

“Our fans and followers have wanted to be part of our development, and we’re welcoming them aboard,” said Aaron Deng, vice president of Pathea Games. “Lang brings new challenges to Buckyball that we’re eager to see our players explore, and soon Eriel and Bubba expand the possibilities even further.”

Super Buckyball Tournament is now available in open development in English, Traditional and Simplified Chinese. Anyone with Steam is invited to play and can download the demo here. 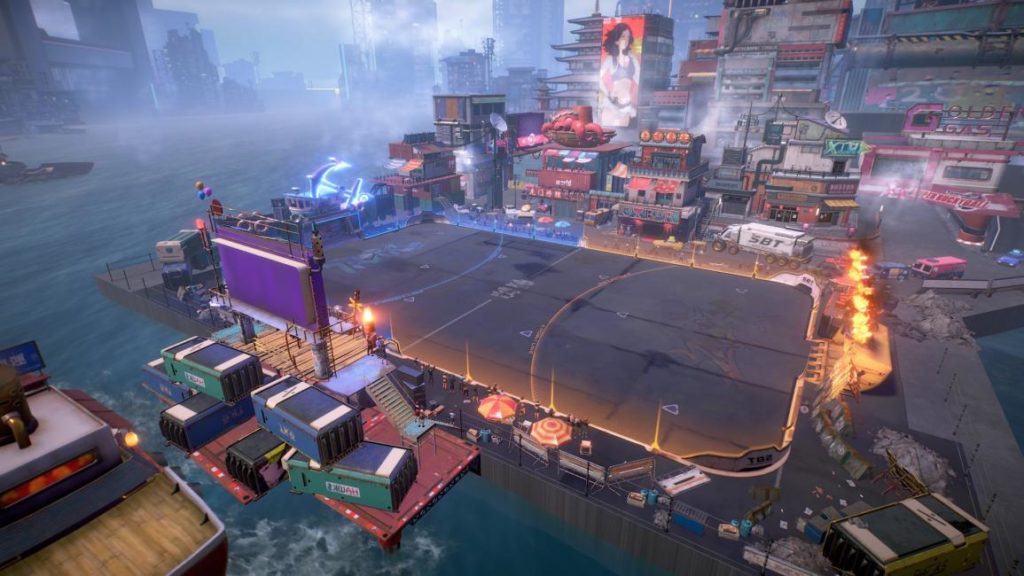 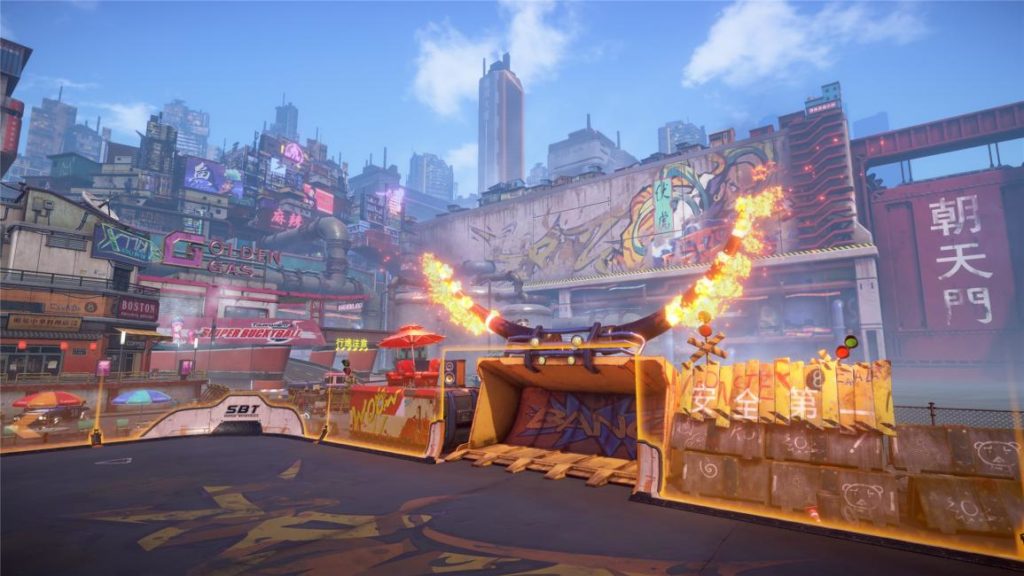 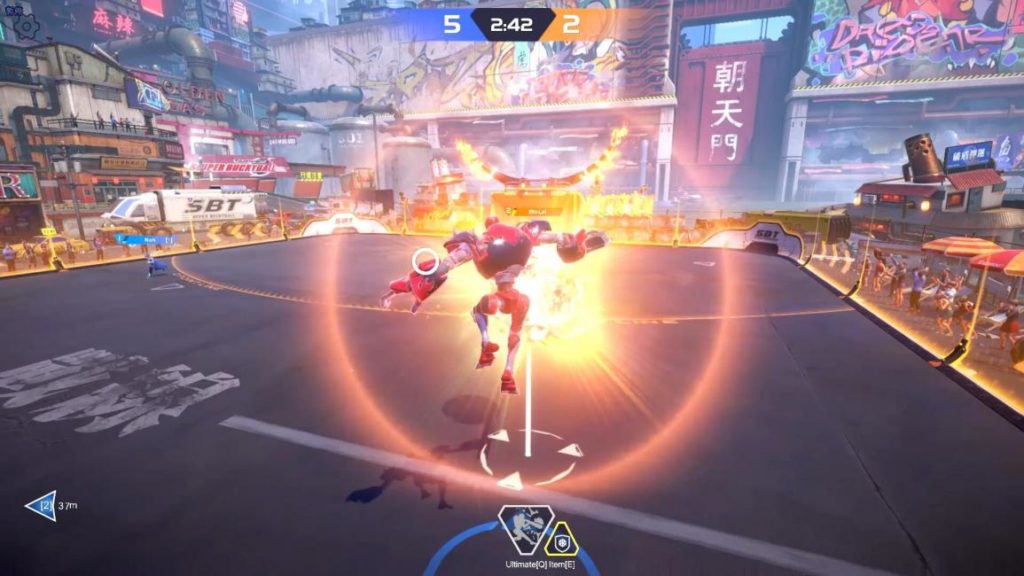 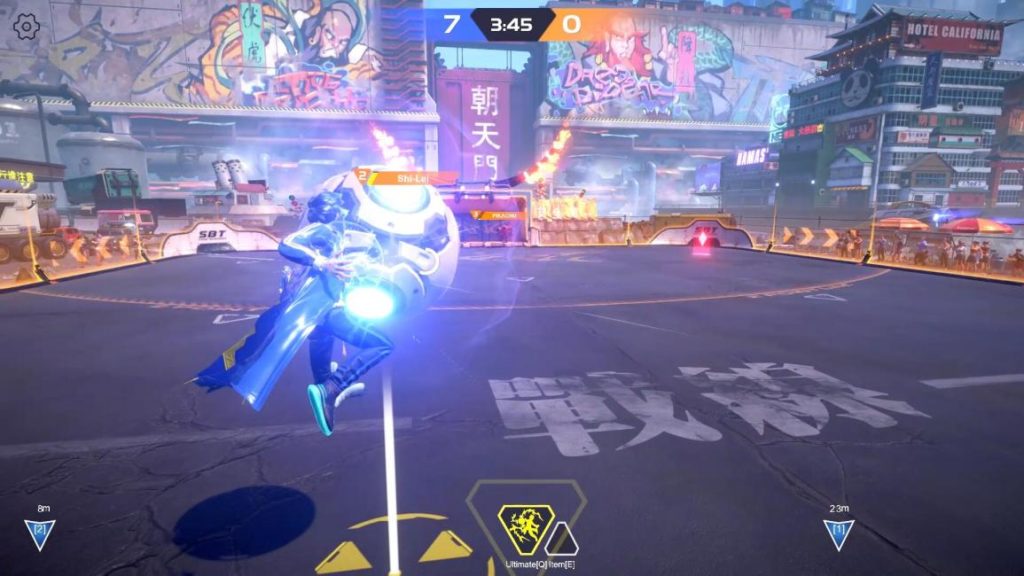 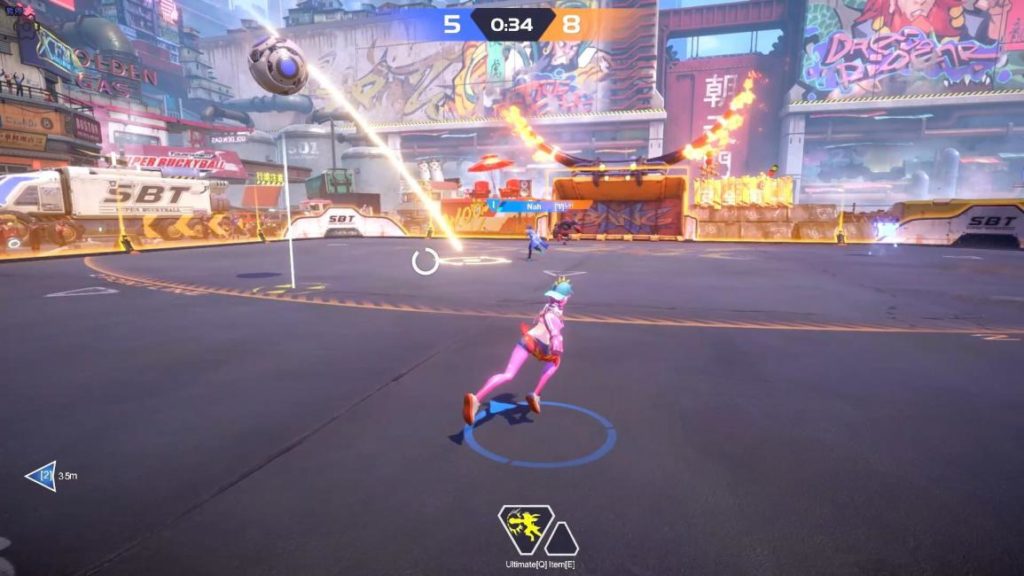 Each game is fresh and stimulating due to the real-time physics-based core play and interesting variety of items and characters, which ultimately allow players to have new experiences with each game as well as the possibility to strategize in innumerable ways.