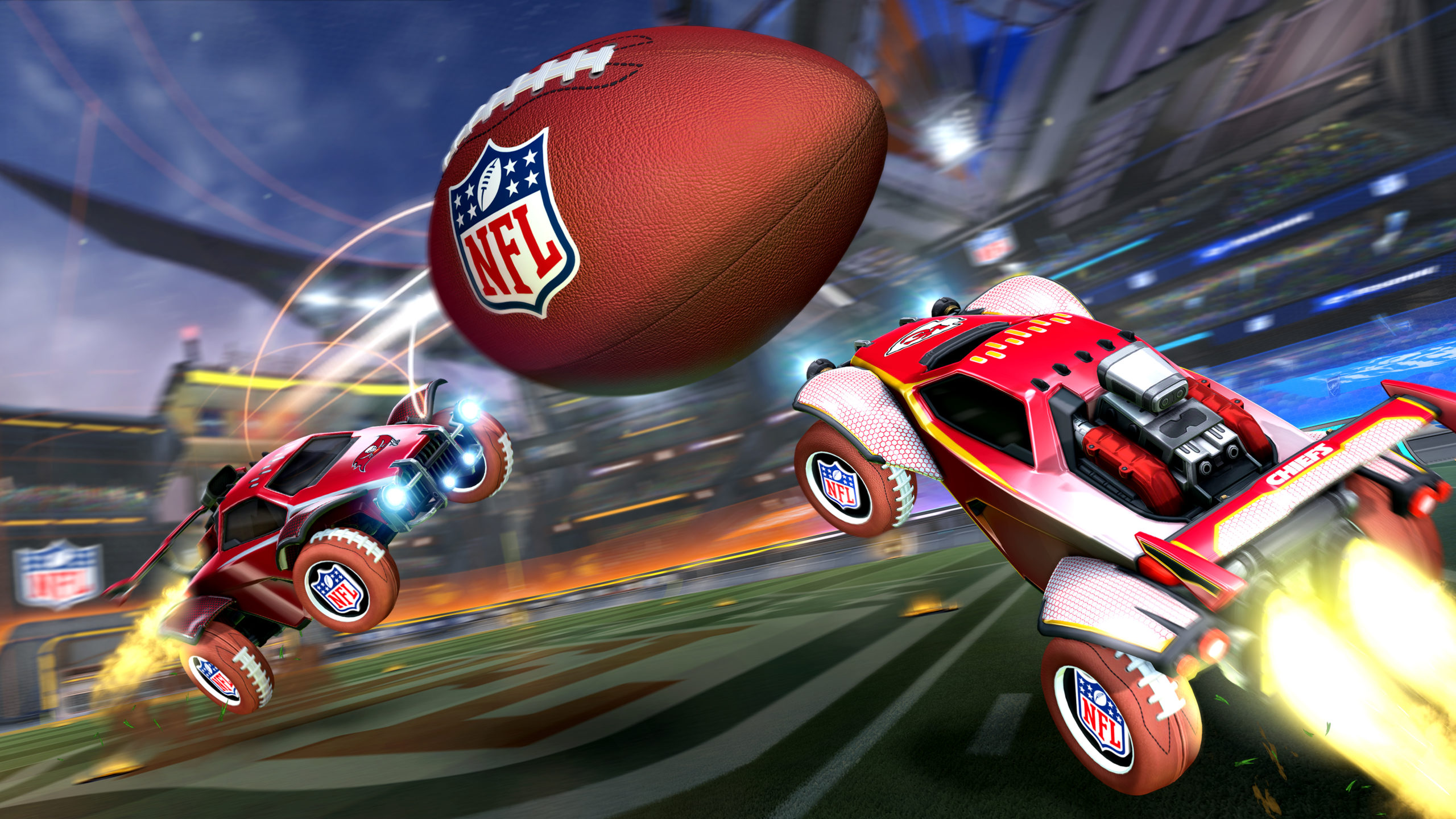 Psyonix has partnered with the NFL and announced their Super Bowl LV Celebration Event, scheduled to kick off in Rocket League on February 2 on all platforms. This in-game event includes a new game mode called Gridiron, Event Challenges, and the return of the NFL Fan Pack.

Gridiron is a new limited time mode that takes place on a modified Champions Field adorned with yard lines and featuring the NFL Logo. It will feature frantic 4v4 action with football inspired rules, as well as an NFL football replacing the standard Rocket League ball. For an in-depth look at how Gridiron gameplay works, check out the latest blog post.

Additionally, the NFL Fan Pack will be returning for the duration of the NFL Super Bowl LV Celebration! The pack features Octane Decals of all 32 teams in the NFL and will be available for 800 Credits in the Item Shop from February 2 until February 8.