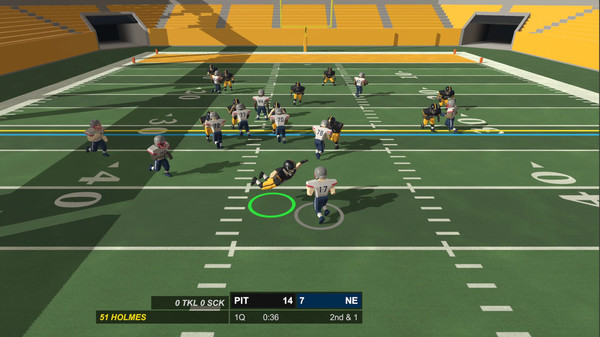 Sunday Rivals, which is a fresh take on the hard hitting, action-packed football games of the past, is coming to Steam Early Access this summer. Check out the trailer and details below.

On the field, gameplay is tuned to be snappy and fun, rewarding quick thinking and creative players with dazzling open field jukes and bone crushing hits. Simplified rules, familiar controls, and a streamlined playbook make it easy for players of all skill levels to immediately jump in and have fun, while quick, addictive game sessions will keep you coming back for more.

Game developer Ryan Kamins, is hard at work with the game and provides plenty of updates on his Twitter account. So make sure to follow along.

Back to work last night, added the ability to preview play routes before the snap!#gamedev #indiedev #football #sundayrivals pic.twitter.com/xm8Str8SD5

We posted our impressions of the prototype here, it shows a lot of promise.

Not only does it feel different than other games on the market, but the animations are a breath of fresh air. Yes, it’s simplistic and not overly complicated. It’s the perfect game for casual fans. But it also feels more refined than games I’ve previously played. I’m not sure I can explain it, but it takes me back to my childhood while staying true to modern video games.