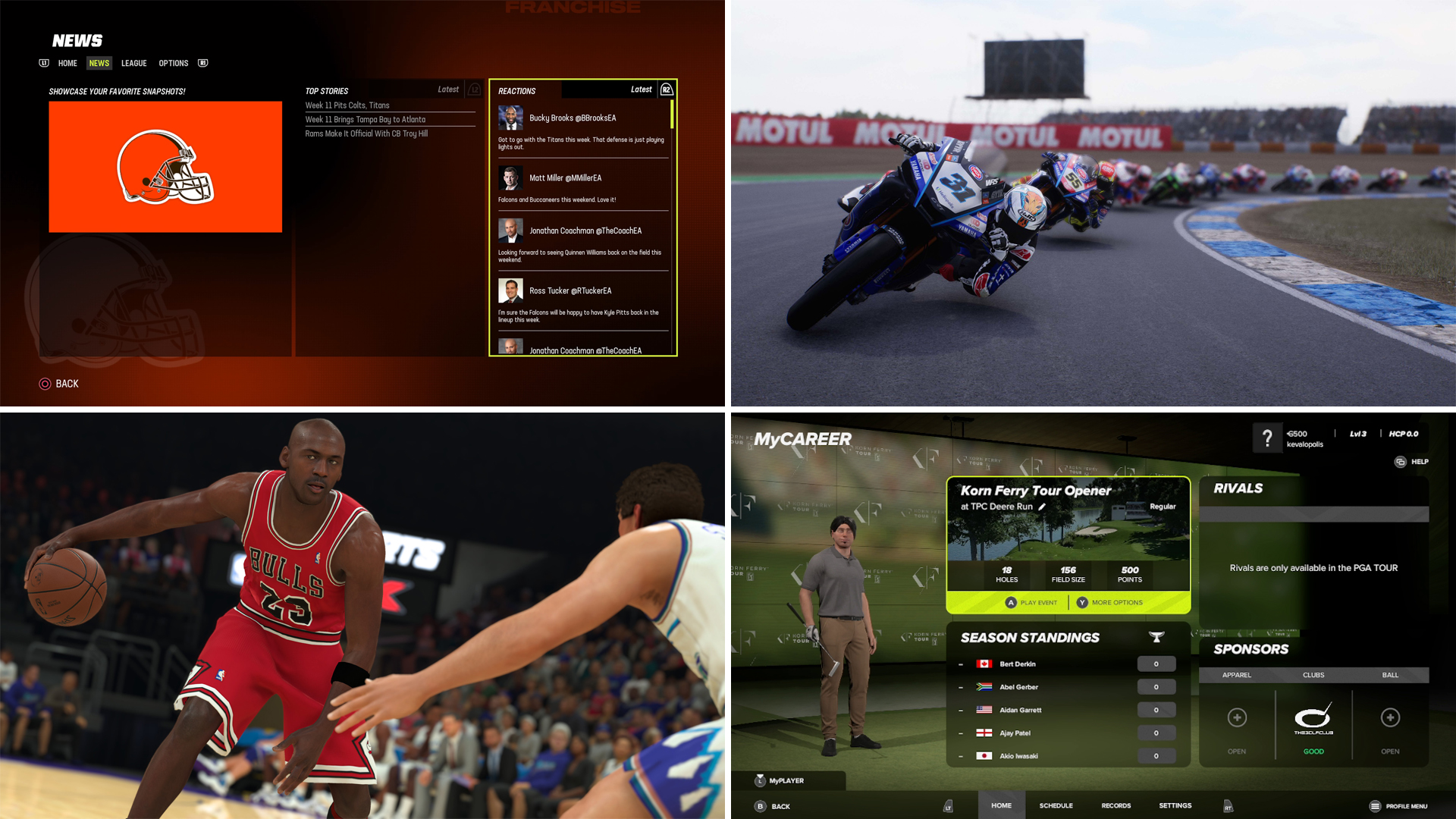 Every Sunday, we will get you caught up on the sports gaming news you might have missed, during the busy week. This week we’ve posted our review of SBK 22, Madden NFL 23 Franchise Mode issues, PGA Tour 2K23 MyPlayer hands-on impressions, who has cooked you in NBA 2K23 MyEras and more.

For me, taking the bike around different tracks and gaining knowledge and respect for the nuances of the cycle, the venue, and the marriage between the two is what I found to be most exciting, enjoyable, and challenging.

Every venue is different, with some focusing on speed and others relying upon sharp turns and winding curves to create challenging and diverse events for the track and rider. From there, add in the challenges of how each bike handles differently and the ability to upgrade each motorcycle through a series of improvements provided through an in-house research and development program. With all that in mind, I hope you understand the depth of the challenge provided every week and the number of things the game requires you to focus on to be successful.

Franchise mode is back again in Madden 23, and though the games themselves throughout a season may look and play a little better on the field, you’d be forgiven if you thought the mode was exactly the same as it was last year. To give credit where it’s due, Madden 22 staggered a few franchise updates throughout its game cycle that included a new scouting system and in-season scenarios, with the last one being released back in March. The thinking at EA must have been that these previous additions and some fine tuning of its existing framework (like improved free agency) would be enough to satisfy Madden 23 franchise players. But the more the developers continue to tweak and massage some of the same general layout and presentation that has existed for roughly a decade now, the more it becomes increasingly clear that they’re continuing to build upon a foundation that’s fundamentally flawed.

Even though most of the legends were in the game before, you didn’t have a central way to interact with them over a prolonged period of time. In the past, seeing them in places like MyTeam was cool to an extent, but the players were usually controlled by other humans or you were not really seeing how guys like Kareem, McHale, Isiah Thomas, and so on operated on a night-to-night basis.

I did not think about it much before launch, but beyond the technical stuff, what could have sucked the life out of the mode would have been if the players didn’t play like themselves. The Jordan Challenge coming back put added pressure on the AI to showcase these players in an authentic way, and 2K has stepped up to deliver some amazing stuff here.

After playing rounds of golf in PGA Tour 2K23, you’ll earn skill points that you can then spend in a skill tree divided by your various types of clubs and separated into levels you can climb. By continuing to invest points in your tree, you’ll slowly improve your attributes over time. Because the skills are situational, they can activate and deactivate based on whether or not you fulfill certain requirements during a round.

The list of attributes that you’ll be able to affect using the tree are power, timing, swing path, transition, shaping, lie range, putt path, and putt weight. The way that these skills can activate and deactivate can’t help but feel a little arcade-like for a series that’s typically always skewed closer to a simulation, and it’s a little unclear as to how and when these skills are influencing a shot exactly during a round. Either way, they do help in providing goals to strive for and in separating golfers further from each other. That said, in a move that reminds you just how shameless 2K can be with VC, you will need to spend VC if you want to be refunded a skill point so you can apply it somewhere else.