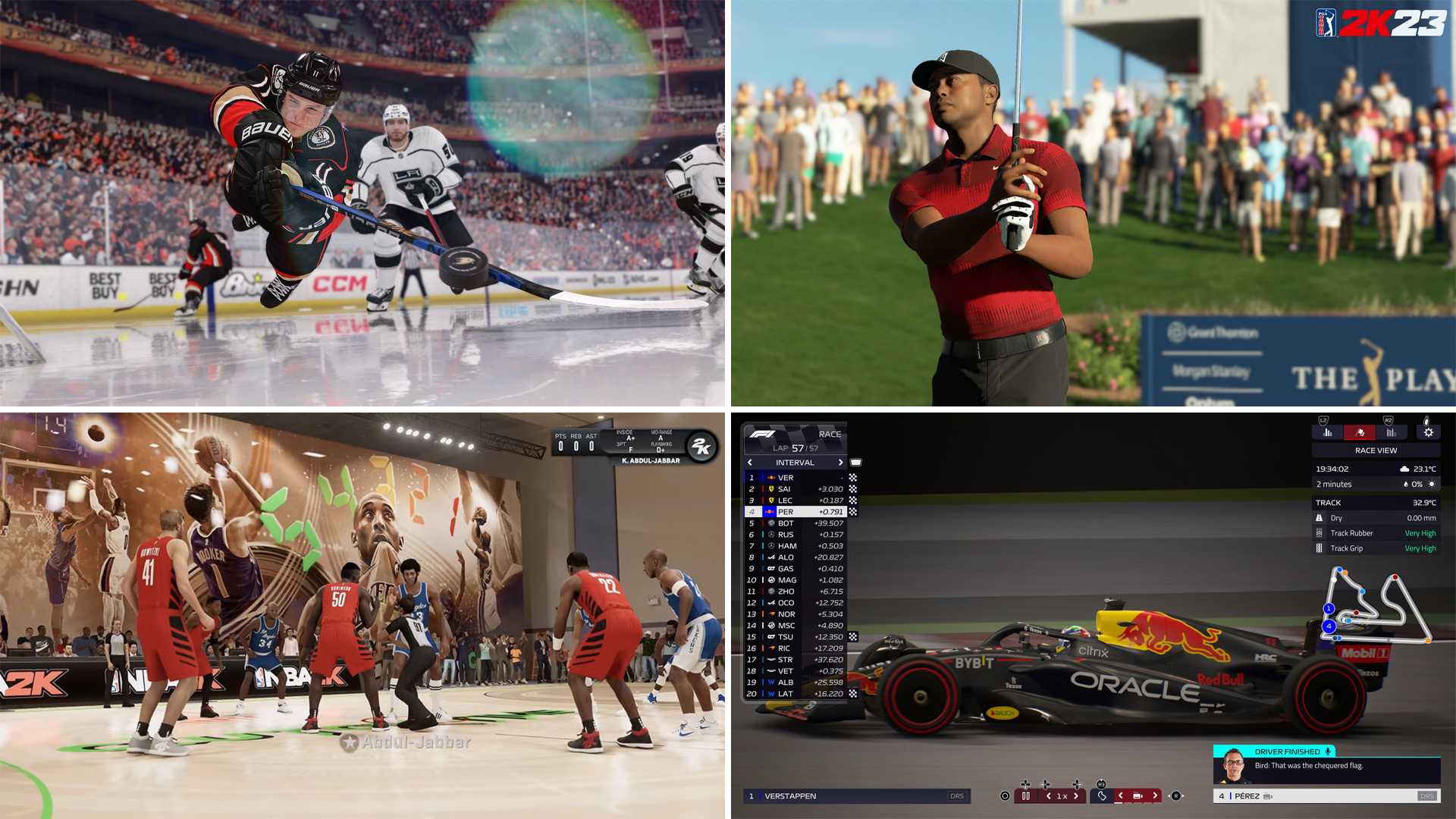 Every Sunday, we will get you caught up on the sports gaming news you might have missed, during the busy week. This week it’s all about NHL 23, NBA 2K23, PGA Tour 2K23 and more.

We knew we were getting another Field of Dreams Program thanks to the handy content schedule within The Show. This year it was the featured program, which meant that we had a limited amount of time to get our grind in. This surprised me as last year’s program wasn’t a timed program. Last year’s Field of Dreams was an “Other Program” and not an Inning Program. There was a time-sensitive nature as you could earn program points with Event wins, but once the event ended you could still finish the program thanks to Moments, Showdown, and Conquest.

I have always had a soft spot for Little League baseball games, dating back to the ‘90s, and while some have been incredibly fun, others have dropped the proverbial ball. So, while cautiously optimistic about LLWS 2022, how does it stack up to similar titles from the past and present? Let’s find out in this Little League World Series Baseball 2022 review.

For anyone like myself who’s ever wondered what it might be like to use the same high-octane vehicles from Rocket League to play sports other than soccer, let me introduce you to Turbo Golf Racing. Currently in early access on Steam and Xbox, the game tasks you with striking a ball while racing through the air and on the ground in an effort to be the first to deposit that ball into a hole at the end of the course instead of a net. Though it can’t help but feel like a spinoff or expansion pack of Rocket League, it still has enough of its own charms to separate itself from that game and establish its own identity. Turbo Golf Racing especially hits the mark as an online game, where the pressure to get the ball through the course in a hurry is palpable and there’s room for strategy in both how you equip your car and your choice in navigating the terrain.

The college football season is just about upon us, which means Wolverine Studios is ready to release its annual college football simulation, Draft Day Sports: College Football 2023. The genre welcomes a new title into the fold next year, with EA’s college football series returning. Still, there is always room for multiple titles in college football video gaming, especially when the two series offer something drastically different.

Although still in the early access phase, the good folks over at Wolverine Studios were kind enough to include me in the initial early access phase and also took some time to explain what improvements and additions have been included in the newest iteration of the long-running series.

The PGA Tour 2K series is one of the more interesting franchises around. It is comfortable not being a yearly title, walks the line between feeling somewhat “indie” while having a big-name publisher and license behind it, and seems to be enjoyed by a wider variety of people than the usual sports games. Perhaps that is inherent to the sport of golf itself — what with many variations of golf showing up on Steam and beyond — but it also says to me that the folks at HB Studios do enough right to draw in people beyond just the traditional golf fans. With that said, PGA Tour 2K23 has really gone under the radar, so let’s get into my PGA Tour 2K23 hands-on preview and start talking about what’s here in the latest version.

I reached out to the OS community on the forums last week since I knew I would be playing PGA Tour 2K23 in the near future. I asked the community what their biggest questions were and said I would do my best to get as many of them as I could answered because I also knew I would have the chance to chat with some of the developers of the game at the preview event. Below you will find the fruits of that Q&A, so thanks again go out to the developers for being open about as much as possible, and to the OS community for asking a lot of great questions.

THQ Nordic is currently in Germany for Gamescom 2022 showcasing All Elite Wrestling’s first ever wrestling video game, AEW Fight Forever. This is great because it means this new 9-minute video gives us our first look at entrances in AEW Fight Forever. It’s also the first full match we’ve been treated to over the last year, and it couldn’t be more fitting pitting Adam Cole against Kenny Omega.

Everything I watched in this video, from the replay system to the character models and everything in between, makes me think, “wow, this really is next-gen No Mercy.”

Frontier Developments is allowing you to step into the garage and see if you have what it takes to guide a team through the season and find success. Other companies have tried titles like this, as I throw out names like MLB Front Office Manager from 2K Sports and NFL Head Coach from EA (and Motorsport Manager from Playsport). As it relates to NFL Head Coach and Front Office Manager, while I love those titles and still play them to this day, both titles could have gone deeper. This brings us to my F1 Manager 2022 review.

Does the newest title in the sports management scene fall into the same traps as previous efforts have, or does it learn from those mistakes and push the envelope? Let’s find out!

When it comes to my relationship with EA’s NHL series, I feel like I’ve been in a holding pattern with the series for multiple years at this point. I’m waiting for something that truly rekindles the joy I had when I originally played in the EASHL all the way back in NHL 09. I coasted on that happiness for years, and I would say in general my enjoyment of the series peaked with the series around NHL 14. At that point, NHL was the most played sports game in my library, but since that time it’s ended up being more of a secondary title for me in my personal rankings. I never generally hate the game or anything like that, but it’s also not something that sticks with me in the same way. I say all this to frame how I came into EA’s first presentation for NHL 23. I got to hear from the devs (no hands-on time as of yet) and see what their general philosophy is for this year, so let’s go through that here with this NHL 23 preview.

It’s fitting that football is known as a game of inches since any improvements in Madden from one year to the next can often feel so incremental that it’s hard to tell how much progress is really being made at all. Madden 23 is no exception in this slow but steady grind forward, making significant strides in some areas and yet continuing to be stuck in place when it comes to certain modes and features. With a renewed focus on gameplay this year, many of Madden 23‘s best upgrades thankfully come out on the field. Defense has been particularly revamped to see pass rushers get to the quarterback with ferocity and defenders stick tighter to receivers in both man and zone coverages.