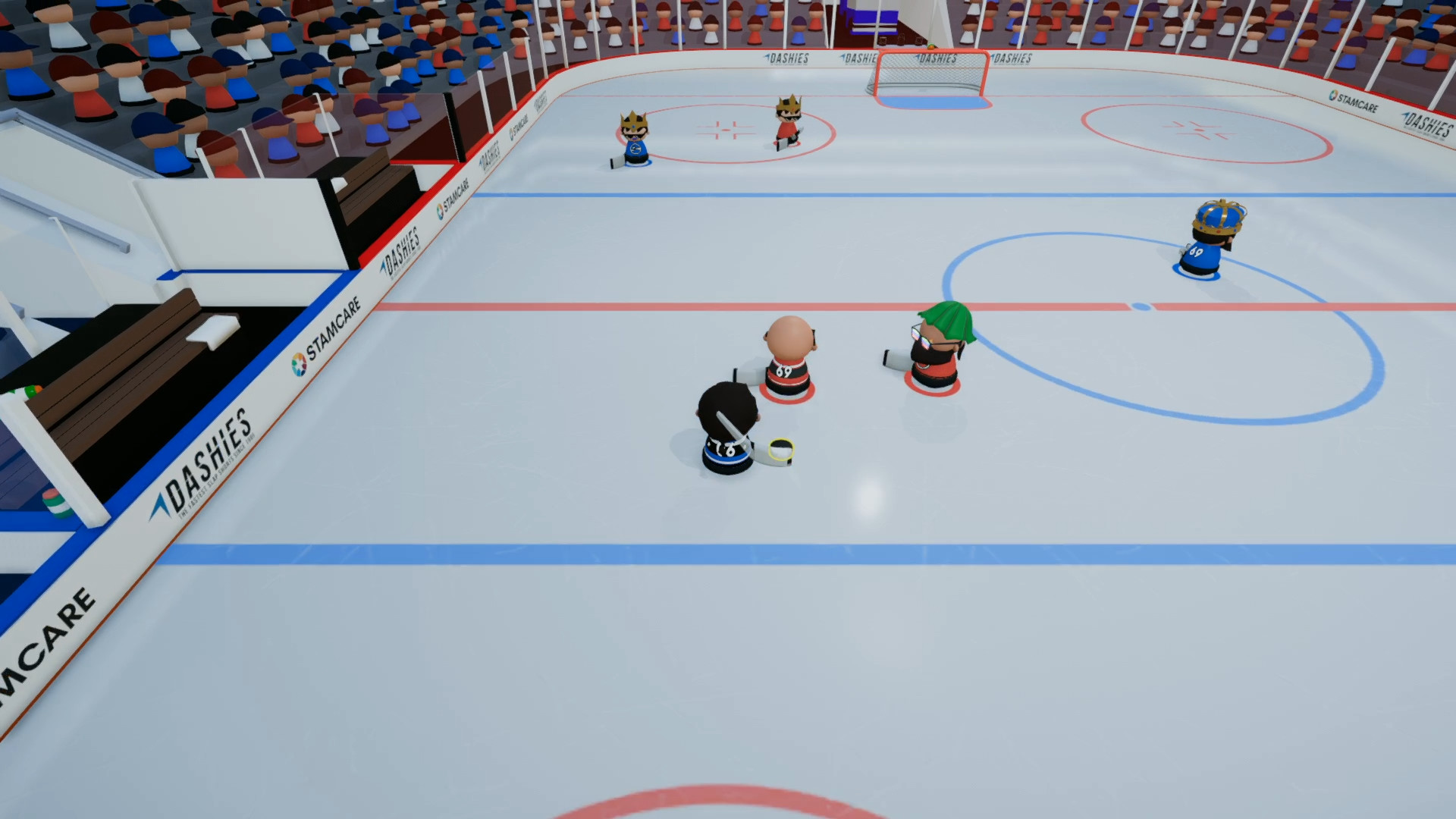 This review is based on the Early Access version of Slapshot Rebound, which you can play for free on Steam right now.

In short, Slapshot Rebound is described as a physics-based multiplayer game where you play an arcade-style match of ice hockey. In Slapshot Rebound, there are no shot buttons, no invisible puck glue magic, and no random number generator (RNG) nonsense. It’s up to you and your team to take control of the puck and try to out pass, shoot, and outplay your opponents. Additionally, In Slapshot Rebound, you have the ability to play with your friends or team up with other Slapshot Rebound community players. 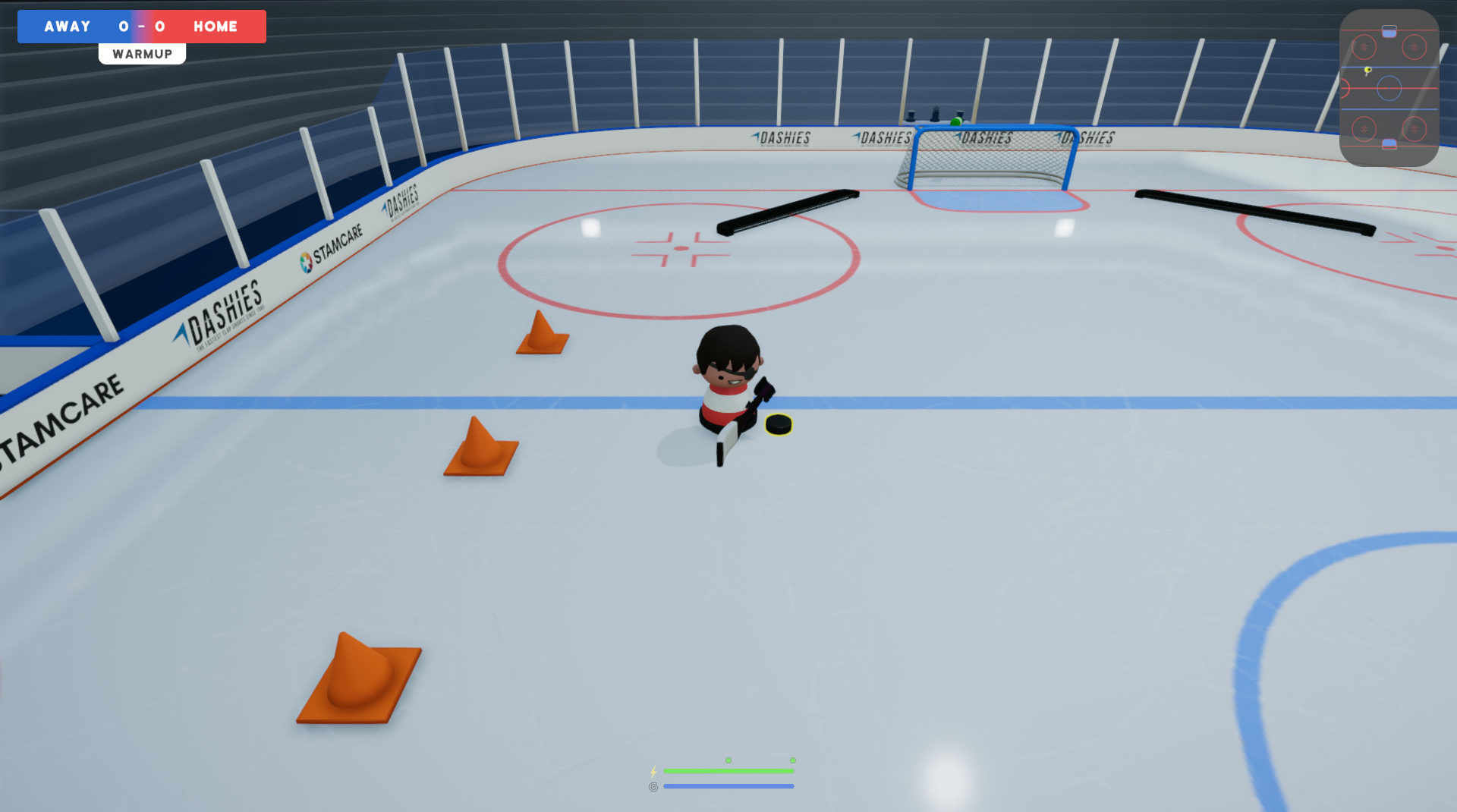 The Level Of Difficulty

Another positive that I noticed right away was that the learning curve seemed to be pretty steep — as far as perfecting your skills that is. In my opinion, developers tend to make make their games (especially smaller ones) much too easy to pick up and play. This does not mean the controls and such should be complicated, but there has to be more nuance to these smaller games to make them stick. Slapshot Rebound accomplishes that here.

After all, I get the whole trying to appeal to the masses so as many people as possible can experience your game and play it with relative ease. However, the route that Slapshot Rebound seemingly took in regards to the level of difficulty was a refreshing positive for me.

Having said that, it was not all positive, but I will touch more on that below later on in the review.

Free To Play And Dedicated Developers 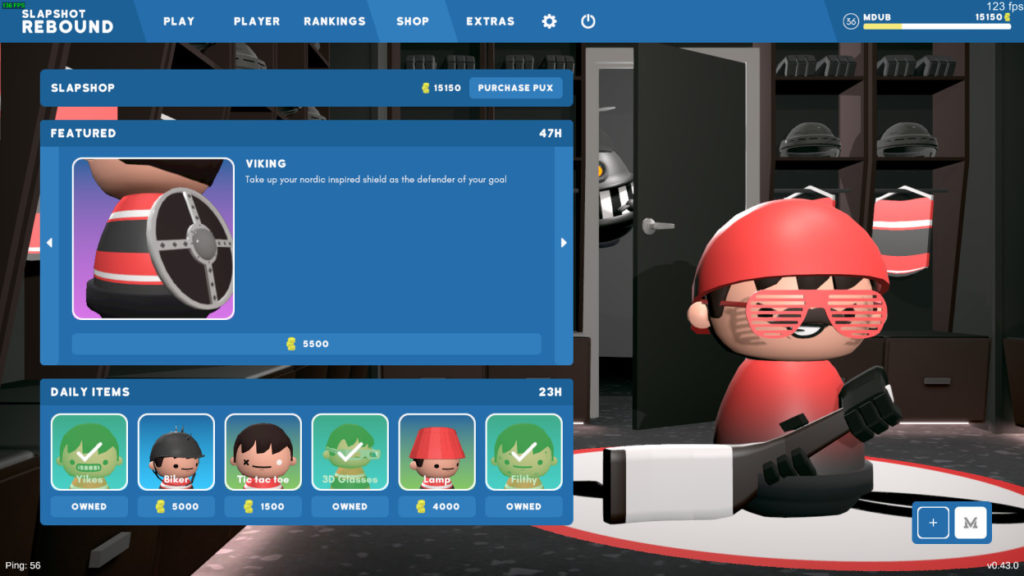 In a gaming world with very few ice hockey options, the fact that this game is free to play is a welcomed addition. Furthermore, the developers behind Slapshot Rebound, Oddshot Games, have previously stated that Slapshot Rebound “will remain free to play indefinitely” and that is awesome to hear. It was refreshing to play a game that was not based around “pay to win” or anything else like that.

Having said that, cosmetic upgrades are available for purchase, but they are not necessary and are obtainable through playing and unlocking them yourself.

The Level Of Difficulty

Slapshot Rebound is definitely a smaller game so there wasn’t much to complain about in my opinion. In fact, I did highlight that I enjoyed the level of difficulty above. However, the difficulty to perfect the game is at times excruciating and button-mash worthy. During my time playing the game, it became clear that excessive amounts of practice were going to be needed if I wanted to be competitive in most head-to-head games.

The training modes and free skate do help, but even they can only help improve your game ever so slightly without investing the heavy amount of gameplay hours needed to really have a firm grasp on the gameplay. I am all for having to put in the time to perfect the game. Still, with this particular game it just seemed excessive at times.

The Lack Of Additional Modes 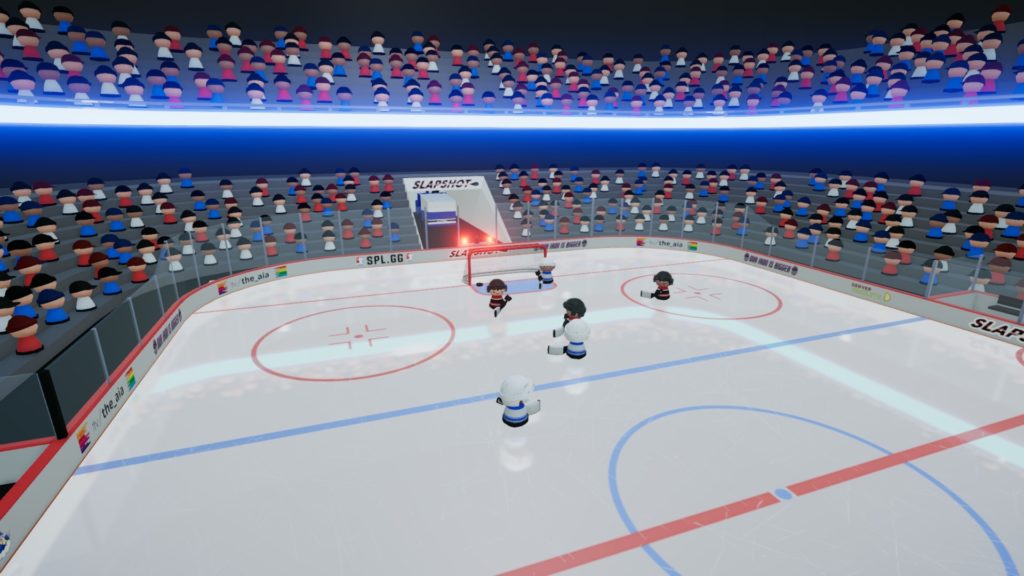 The game is definitely a worthy one to try out, and its single game mode has enough merit to stand on its own. However, it would be nice to see the game options expand with the inclusion of a season mode or even some kind of tournament mode. It would have been nice to have the option to spend some of my time in another mode with more to do than just the one game mode.

Yes, the mini games are fun, but the key word “mini” is still in there. Nevertheless, it’s a free-to-play title in Early Access, so there’s still plenty of time here to change things.

In a world with very few ice hockey games to choose from, Slapshot Rebound was a fun and wacky experience — even if at times it became overly frustrating. Yes, the level of difficulty did get the best of me as I voiced my frustrations out loud to myself. However, overall I enjoyed my time with Slapshot Rebound, and I would definitely recommend ice hockey lovers give this game some time, especially if you are sick of the “big game” in the ice hockey market.

Has anyone else checked this game out yet? What were some of your initial thoughts?