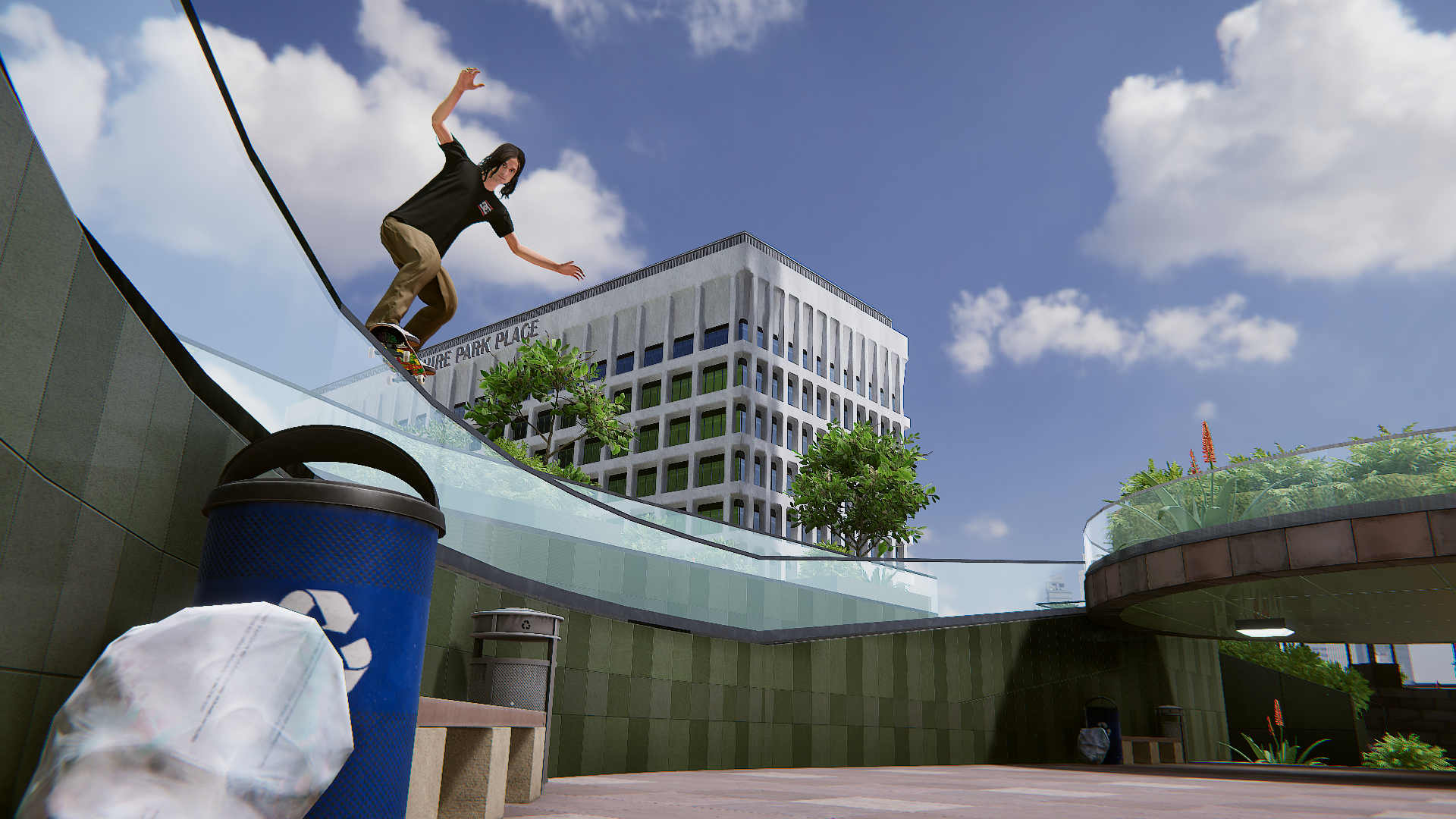 It’s an intriguing time for skateboarding fans. Skater XL and Session (which we have written about in the past as well) have created this moment in time where all of the sudden skateboarding fans will have at least two new options after not having any real options for the last decade. Both games have been out in early access on Steam for many months now, and it’s been important for both games to go through that process to find an audience and figure out what they will be in their more complete form. After all, what do people want from  skating games in 2020 after not really having a viable option since Skate 3 many years ago?

Most of what I’ll write about in this article will be about Skater XL, but I do want to at least draw a couple comparisons to Session at the start since I’ve played both and seen a lot from both titles at this point.

Neither is trying to be totally realistic or a total fantasy, but Session is a little more technical and a little harder to get a handle on at times, while Skater XL wants you to get in there a little more quickly and be able to appreciate the art of skateboarding. You can get lost in just trying to pull off the same line over and over, but the accomplishment that comes with nailing that line in either game gives off a different vibe. When I finally nail a line in Session, it feels like I nailed the exact right inputs and there’s a technical flair to the whole moment because I crafted it and hit it just the way I wanted. When I hit the right line in Skater XL, it’s never quite what I set out to do, but when I nail it I’m happy that it wasn’t quite what I expected. On some level, that might still feel abstract, but it’s the best way to fairly talk about my experience with both games so far.

Beyond that comparison, really what the developers at Easy Day Studios are trying to pull off here with Skater XL is unique. The physics of the game dictate everything that happens when you’re on the board. So the board itself is running on pure physics, and your inputs on the sticks create the moments that the game then reverse engineers in effect to create the tricks you pull off. It’s something that has led to the community finding new tricks that then the developers react to and add to the tutorial/controls.

Basically, when you control the board and your feet with the left and right analog sticks, you do inputs and then those inputs fall within certain ranges that the physics engine reacts to and spits out the trick. If you have played a lot of Skate over the years, this takes a little time to get used to, but it’s not a concerning barrier to entry considering the audience this game is targeting.

On some level, physics driving everything might not seem like a big deal in some regards, but this tweak to the formula is why it never quite feels the same when you repeat a line over and over. That can come with some negatives at times as the physics don’t always react 100 percent perfectly, but the creativity that exists in that space is worth that negative to me.

Community Will Be King

Really though, the early access version that’s available isn’t that insanely deep right now — until you consider the modding community. The Skater XL modding community is crushing it and has been crushing it for many months. There’s stuff like the first-person mod, and various other mods from a person named Babbo. There’s an endless number of custom maps, there’s a multiplayer mod, there’s mods that make the game more “realistic” for folks, and on and on it goes.

One of the cooler things is that this love for community content stretches beyond the game world itself into the grander scope of skateboarding overall. There’s a fake magazine (YZ Magazine) that shows off fake ads, and real highlights and pictures from Skater XL. It’s trying in a way to  be a Thrasher magazine in digital form. It’s stuff like this that gives me the most hope for Skater XL moving forward because as long as the developers create the tools and empower folks to be creative, there’s such starvation for a new skateboarding game that fans will do a lot of the heavy lifting.

Now, what this means for the console release is anyone’s guess. Easy Day Studios is looking at options for how to incorporate some of this content into the version that’s released in July, but my take is if you want the real experience, you’re probably going to want to get this game on PC. Even now during early access, it feels like a full game in many regards on PC because of the mods. In the “normal” version of the early access game, you have access to a couple areas, a basic controls tutorial and a replay editor. But when factoring in the mods, you can still already do so much more than that.

Regardless of what ends up in the shipped version, this is certainly going to be a title that is updated a lot post-release.

This Won’t Be Skate — And That’s Okay

I have not talked much about the new pros in the game or the addition of a downtown LA area because I feel very strongly that it’s sort of irrelevant to the longevity of the game. I don’t think Skater XL is going be as big as Skate, and I don’t think it needs to be either. As much as people want a new Skate, this studio is not trying to simply create that experience all over. This doesn’t feel like a skateboarding game that is trying to be a “game” in some respects. There’s not a high score component, or a tracking of tricks, or a mode where you try to break as many bones as possible. It’s clearly coming at it from a more streamlined approach that wants to tap into the tape trading of the ’90s, but update it for the era of YouTube and social media that Skate 3 largely missed out on a decade ago.

While the developers have crafted a well thought out re-imagining of downtown LA to retain the key landmarks while making it more fun to skate through, the content the developers push out is only going to be a small part of the final equation here. At the end of the day, the developers just need to get people in the front door because it’s what folks find once they’re inside that’s going to keep them around.