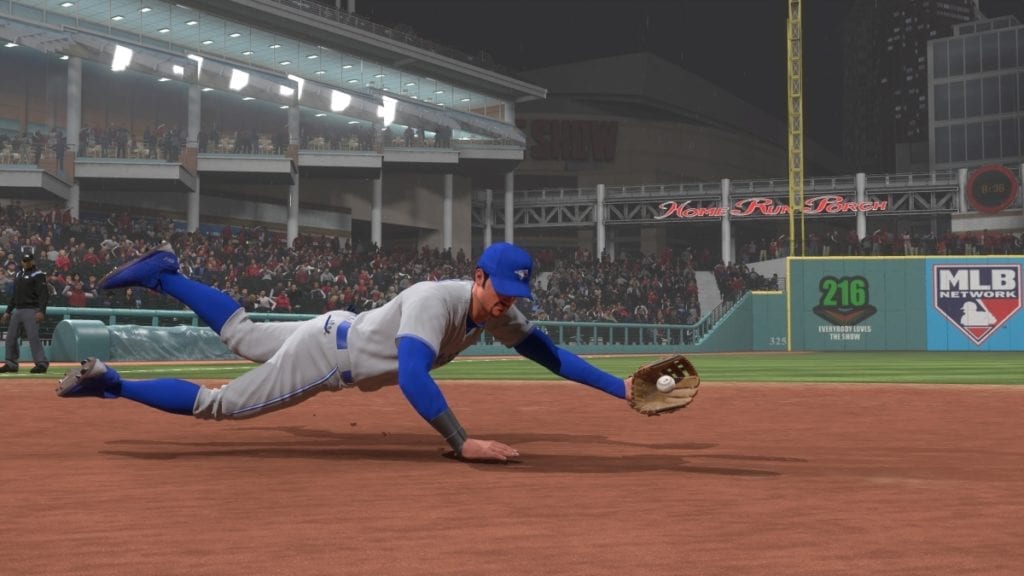 MLB The Show has long been my favorite sports franchise. For all its faults, it’s still the franchise that immerses me the most in the experience of being a player on the field. Perhaps that’s partially because the sport of baseball more easily translates to a video game, but the developers at San Diego Studio deserve credit either way. Their suite of options, camera angles and sliders allow you to cater your experience so you can fully slip into the role of star player, struggling prospect or hard-nosed manager (or all three if you so choose). However, stagnation has reared its ugly head in the vaunted series. The sweeping changes of past generations have slowly fallen away, leading all the way up to 2018, which was a fine entry in the series but felt more like a refinement than a totally new game. Changes, both big and small, need to come. Here are some of the most important changes MLB The Show needs to make going into the future to prevent being labeled as a stagnant series. 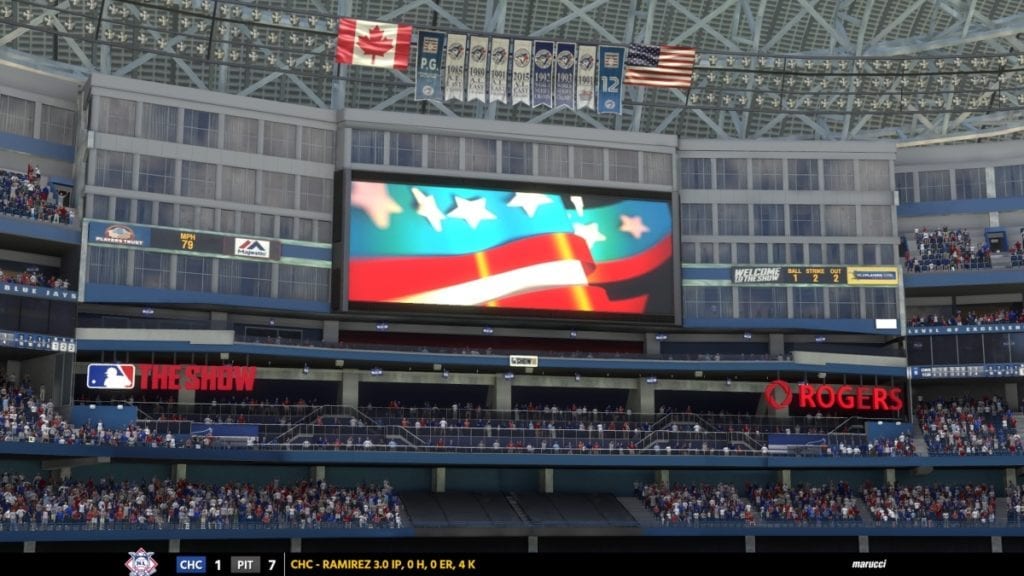 Have Different Physics For Offline And Online Play 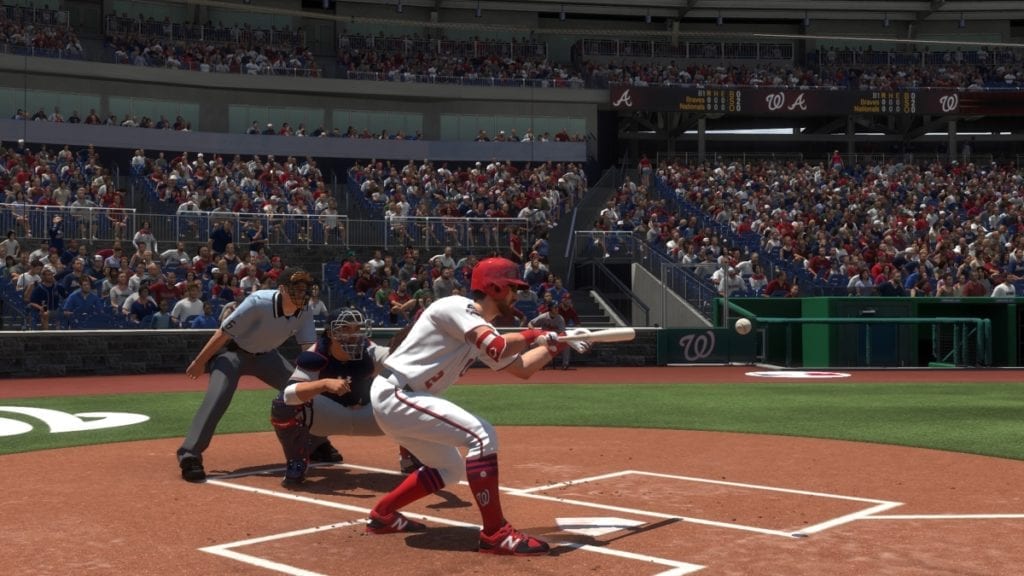 Rocket bunts. Every year you head to the forums and it’s the same complaint. Rocket bunts. Bunts just rocket off the bat far too often, leading to an easy pickup and an easy out. I get it, it’s to prevent people from cheesing bunts online. But making concessions to account for things like lag online does not mean you need to ruin things that affect the single-player experience as well. Players in the field also move too fast, especially when compared to their baserunning counterparts. Again, in an online environment that makes sense. Bunting and general shenanigans with base stealing and “small ball” plays are annoying enough as is online. But again, these things should not be the case for single player, and MLB The Show should play differently offline.

Options need to be added for a lot of things, some obvious, and some not so obvious. MLB The Show should be praised for its robust and effective slider set, but that just makes the omissions all the more confusing. CPU manager hook needs to be separated into the starter and reliever categories. Position players need a slider that changes how fast their stamina is drained, just like pitchers do. Adding an “emotion” slider would be nice too, as we could bring back the ability for players to argue calls and get kicked out. 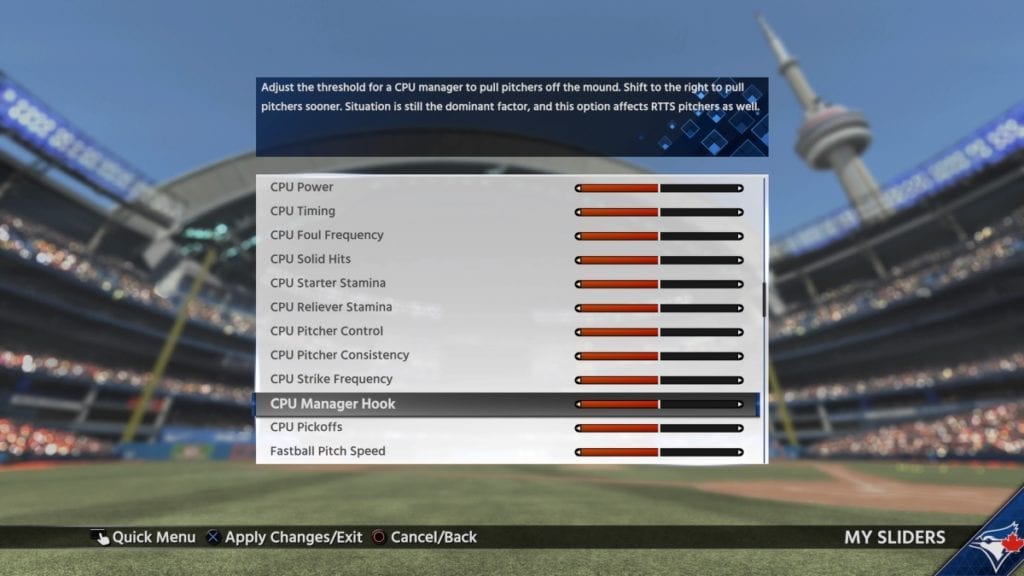 More of these things

Options are always nice, and again, MLB The Show should be praised here. But again, the omission of some options is baffling. The game has rightfully been accused of having terrible weather. As a Canadian, I’m a little insulted when I see people in parkas on an early August day at the Rogers Centre. I can choose to have a sunny day with the dome open, why can’t I choose what the temperature is? And how about more options for the rules? A mercy rule would certainly be nice, especially for the casual player. Or how about adding in a “no stealing” option? Being able to pick DH/No DH/Default per game would be nice. And can you imagine if we had custom made schedules that could be uploaded just like sliders and rosters, and then downloaded and applied before your season started?

I can’t stress it enough. Franchise mode comprises of some of the most hardcore and loyal fans, and yet last year’s “improvements” were insulting. They were lip service, a mere bone to throw franchise fans so that section of the features stream wouldn’t be completely empty. The issues that need solving in franchise are many, and the requested features list is even longer. I swear if the developers come out on stream and announce for a third year in a row that they’re “trying to make franchise less intimidating,” I’m going to pull my hair out. You’ve done enough of that. If people still aren’t playing it, it’s because it’s so stagnant and far behind the times that people can’t find a compelling reason. Don’t tell us that franchise is intimidating. I think you’re the ones intimidated by it, not us.

Oh yeah, and give us back a season mode, or at the very least let us reduce the number of games in a season of franchise. It seems hypocritical to claim to be making franchise less intimidating, and then take away the option to reduce the most intimidating thing about franchise.

This could be rolled into the last point, but I feel it requires a special mention because it’s such a seemingly small thing on the surface, yet it creates problems that resonate throughout the entirety of franchise — and to a lesser extent Road to the Show. Part of the reason franchise mode can be so intimidating is because roster management has such a low margin of error. Don’t pay enough attention, and suddenly you don’t have enough players to field a position. Injury rates need to stay at an unrealistically low level, otherwise it becomes a major issue trying to staff teams. Trades need to be scrutinized to a ridiculous degree, or else one could easily cause an imbalance on the roster, or create issues with current roster limitations. Every team needs to flirt with the roster limit in order to properly staff its team, and it creates this rigidity to the worlds created in franchise and RttS that is very limiting. 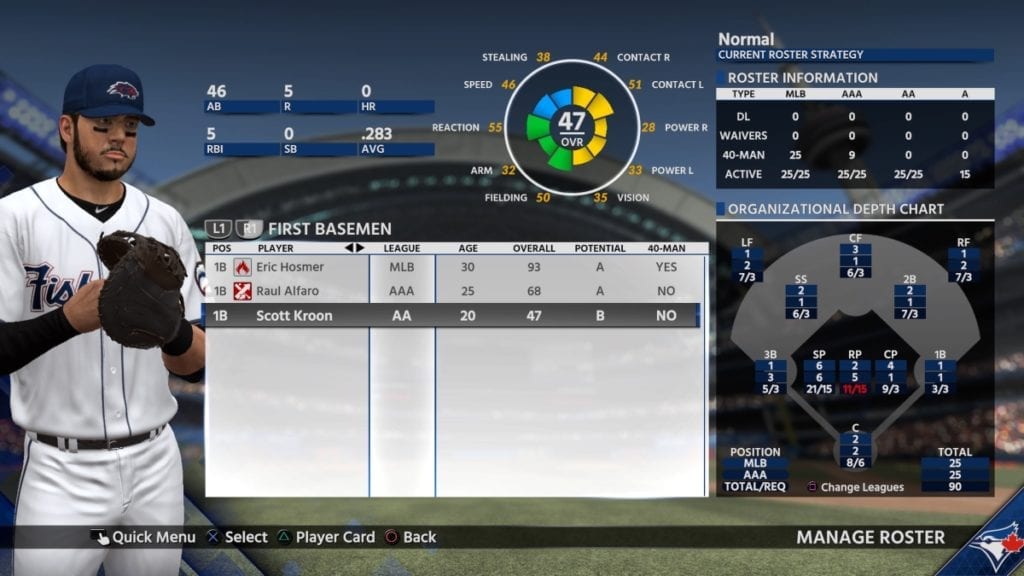 I get worried any time a first baseman coughs

Come Back To OS

Like most video game developers, San Diego Studio has backed off from fan interaction in various forums (for the most part) to centralize its message via Twitter, Twitch and so on. It’s not a surprising trend, as the ever-increasing pressure from a demanding work schedule and the volatile nature of interacting with a community puts too high a risk on people for such a little reward. However, there are answers the community needs. I’m not asking developers to make more promises or answer those “hey dev” type threads, but the way the game works has become convoluted, leading to the creation of fan-made guides. While the guides are great, developer silence on the issues leads many in the community to rightfully question the validity of the guides. Simple, straightforward comments in these threads would go a long way for the community, as right now there are many aspects of the game that fans are struggling to understand.

Bring The Forums To The Game

Have more integration between helpful message board threads and the game. While I would not expect OS to be there as it’s not officially tied to The Show, having a front-end section that links directly to MLB The Show official threads would be great. Threads are a great community resource, and being able to search threads for solutions to problems or guides would be a massive help for people new to the Show. Have trouble understanding franchise? Search for answers on the threads directly through the front end, or hopefully some of the best threads have been floated to the forefront by the developers themselves so they can be seen by everyone. This would be a great way for the community to disseminate knowledge from the veterans to the new people, and would help generate and keep interest in game modes.

Cancel reply
Discussion
Click here to reply to the discussion
Continue Reading
You may also like...
Related Topics:baseball, mlb, mlb the show, mlb the show 19, spotlight