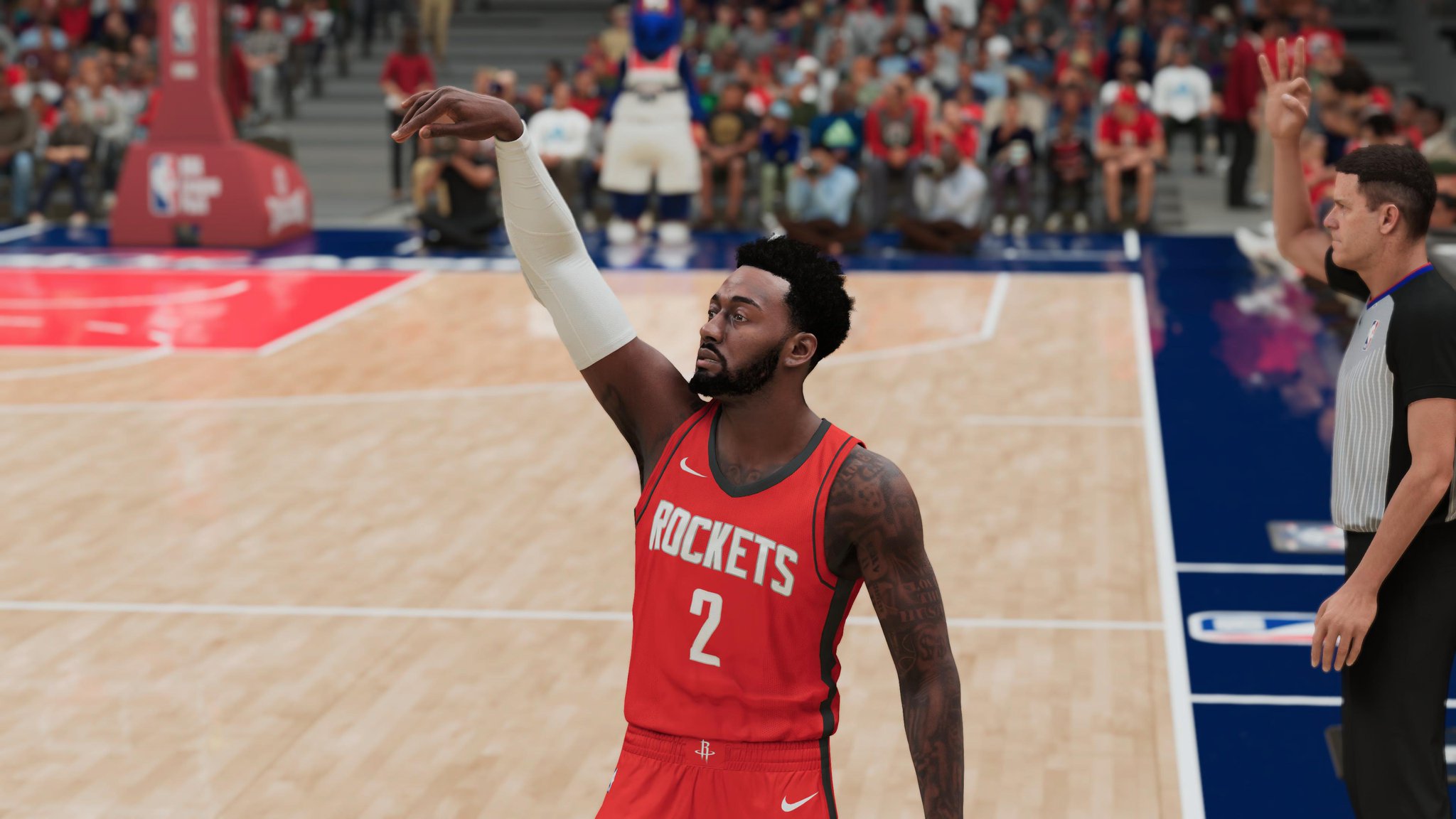 Patrick Klepek over at Vice posted a story last Monday that showed internal Sony documents detailing how the “activities” feature in the PlayStation 5 came to fruition. In those internal documents, the initial quote in one presentation stated that “everyone knows single player is dying.” The explanation for that statement came in the form of pointing out that games like GTA 5 dominate the sales charts due to multiplayer modes. However, what should excite those who love single-player sports modes and feel like those modes have been overlooked, is that Klepek also pointed out that Sony had this to say:

In the next slide, however, Sony explained that, in reality, its internal tracking data shows that “single player is thriving,” and PlayStation users are regularly spending more time playing offline than online.

On an even brighter note for sports games, the issues listed for why these same folks sometimes avoid single-player games does not really apply to sports games in the same way most of the time. Again, from Patrick’s article citing the Sony documents:

Now, this is not to say none of those aspects impact sports games. If you don’t feel like you have an hour to invest in a franchise game, you’re instead maybe going to go play a quick Diamond Dynasty moment or knock out a couple Triple Threat games in NBA 2K21 MyTeam. Or, maybe you just won’t play the sports game at all. And as it relates to the “activities” feature in the PS5, a lot of the best aspects of that maybe don’t have the same one-to-one impact on sports games. 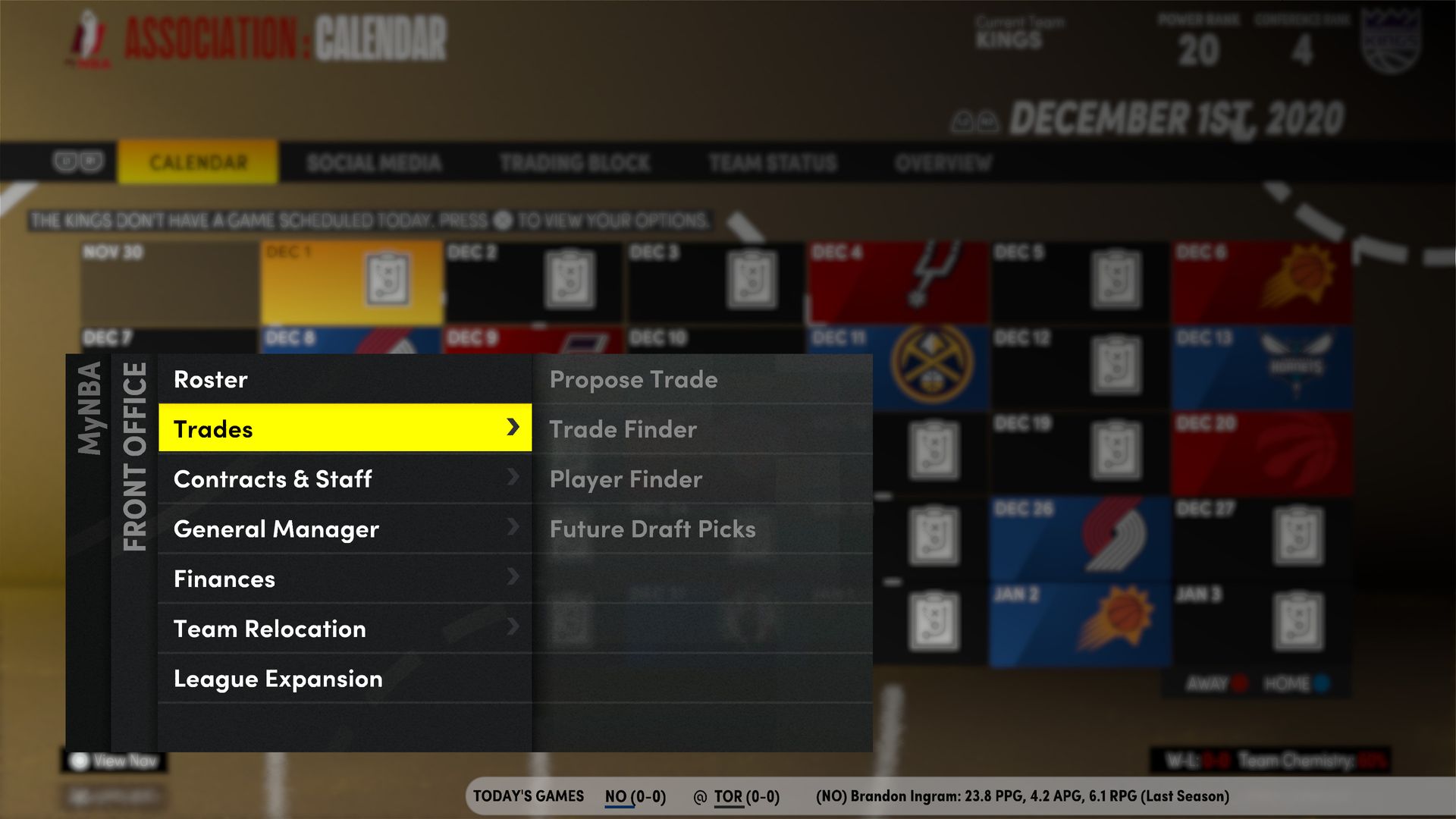 For example, in Miles Morales, the activities button instantly takes you to missions you have not done and tells you how long (roughly) that mission will take. In other words, the friction of traveling to a marker — or even using the in-game fast travel menu — is replaced by just going to the activities tab and jumping to the mission itself. This has positives and negatives in an open-world game because sometimes the “friction” itself is trying to be part of that experience.

To put it another way, the idea of friction is a tricky one to figure out because it means different things in different genres. Friction in an open-world game can in theory be good because it’s trying to tell a story using that friction as a way to show the struggle of the main character. Yes, it might be annoying to not just be able to get right to your next mission, but also traversing through this big open world without using fast travel or an “activities” feature means you might uncover something new and interesting in the world.

Single-Player Sports Games And The Idea Of Choice Paralysis 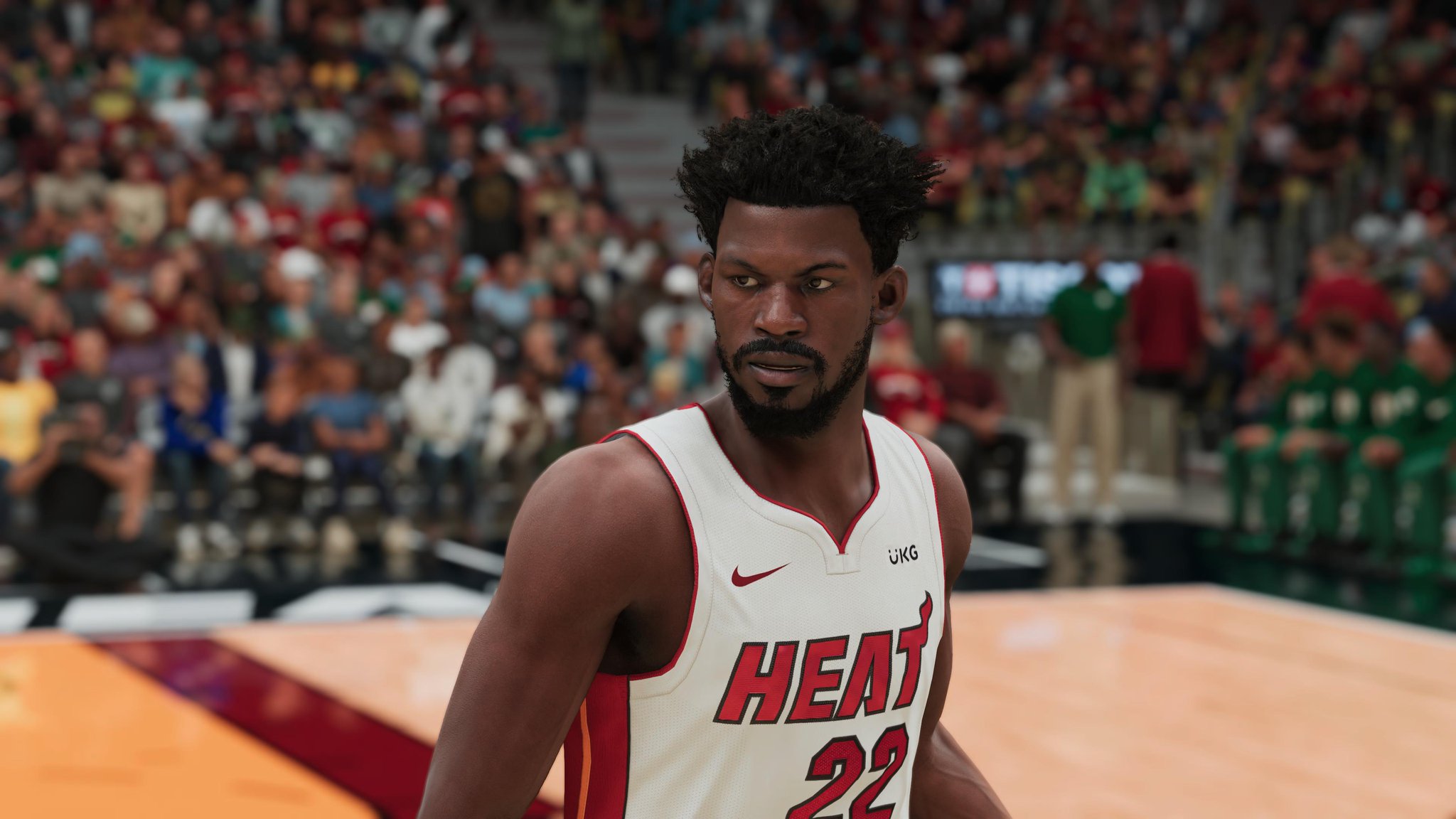 But that same concept of “friction” — and why it sometimes actually could matter to the experience — does not really apply to sports games most of the time. These games are not usually trying to tell developer-driven stories beyond the story modes, and so the concept of “friction” here takes on a different role.

So if you only have 10 minutes, will developers give you the chance to click the activities icon in the main menu of the PS5 and do your week of scouting because that should take about 10 minutes as well, or does something like that not really make sense in a sports game? Maybe using “activities” like that is not a huge deal, but KG cited in his review for next-gen FIFA 21 that using the activities button to jump right to his career mode was actually a really nice touch that he did not expect to care about. It seems small, but even removing this level of “friction” of going through the main menu to get to your career mode — even with much shorter load times — could help more people make up their mind and hop back into a franchise they wouldn’t otherwise continue.

Along those same lines, this information from Sony shines a new light on things like “quick counts” in The Show and even the March To October season mode. There’s a reason developers look into these ideas, and the examples from consumers cited by Sony about being worried about “having enough time” or “I forgot what I’m doing” give these features that shorten games a reason to exist. 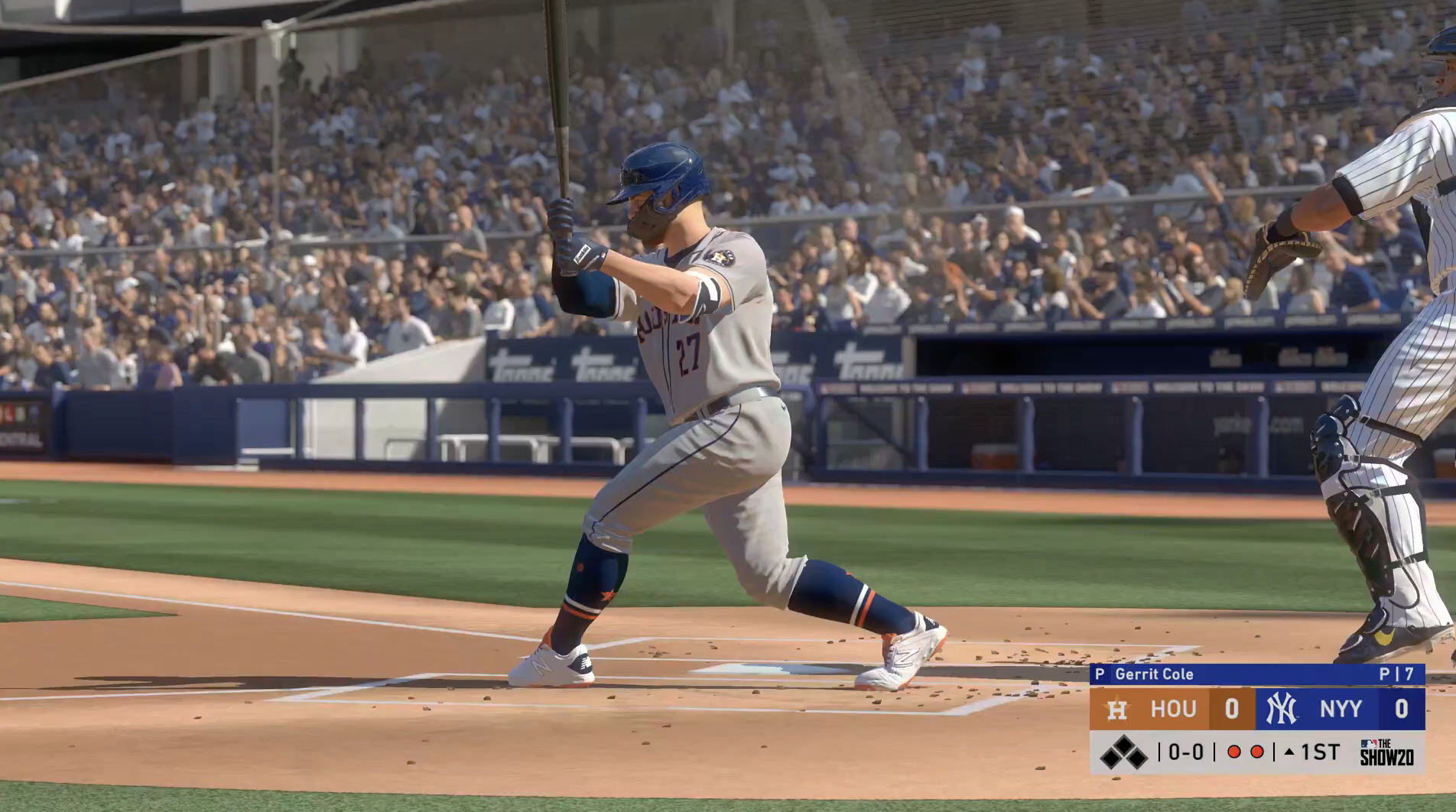 This idea also touches on the idea of “choice paralysis” that I think all of us get from time to time in video games. You sit down to play a game, but you don’t know what to play because you have too many options or just feel overwhelmed by the depth and commitment of starting a new game. So you either go back to a game you already play all the time or just play nothing at all. It’s more common than you might think and that’s why figuring out ways to make single-player games more inviting in new ways matters.

Of Course, Developers Still Need Buy-In From Their Companies

Then again, none of this truly matters to single-player sports modes — or online franchise modes or career modes — if there’s no buy-in from the actual business folks running these companies. I have no doubt developers still have an interest in single-player modes and making all of us who beg for deeper franchise modes happy, but we still need an actual thumbs up from those who run those companies. I have no insight into whether or not that will happen, but I wouldn’t say the signs are all pointing in a bad direction.

We know the Madden team at least heard our complaints this year about #FixMaddenFranchise and will have a renewed focus on that element next year. I would argue both FIFA and NHL made some solid gains in their franchise modes this year, so EA is in a holding pattern for me to see where they go next.

Sony has not really given much love to franchise mode folks in at least a couple years now. We got online leagues and a “create-a-team” feature this year, and while that’s nice, it didn’t really add a ton to the actual franchise mode experience outside of making fictional leagues a little more enjoyable. We didn’t have a stadium builder or things like that to really make that feature sing either. However, these documents come from Sony itself, so maybe SDS will key in on franchise mode here as we jump to next gen.

Then next-gen NBA 2K21 is the classic 2K example of adding a lot, but not a lot of it working out of the gates.

However, he’s right to point that just about none of the new and cool stuff in MyNBA on next gen really works right. This is not a new trend for 2K and it’s frustrating. Brian Mazique, who runs our video team, said this about the issues in a tweet, and I want to respond to it as well.

this last thing and then i gotta write some articles. lol pic.twitter.com/xjd03McGcS

I agree with Brian that it’s nice to see a company pushing the envelope rather than not doing anything, but it’s also not doing single-player modes any long-term favors by having modes that are broken in significant ways. Not all of us are as connected and following what’s not working and why, or is even aware of the issues until they happen. And when they do happen, you might just be so unhappy that you never return to these modes again because you had this bad experience.

Point being, we all want to see every studio be as committed to creating new single-player experiences, but we can’t settle for bug-riddled experiences here that either get fixed weeks or months later, or just remain broken the entire year and we just hope it’s all gravy next year. I have a hard time believing EA or 2K would let something in MyTeam or Ultimate Team remain that broken for that long that impacts the mode in such a major way, and so the same should end up being expected for our single-player experiences.

But What About Microtransactions? 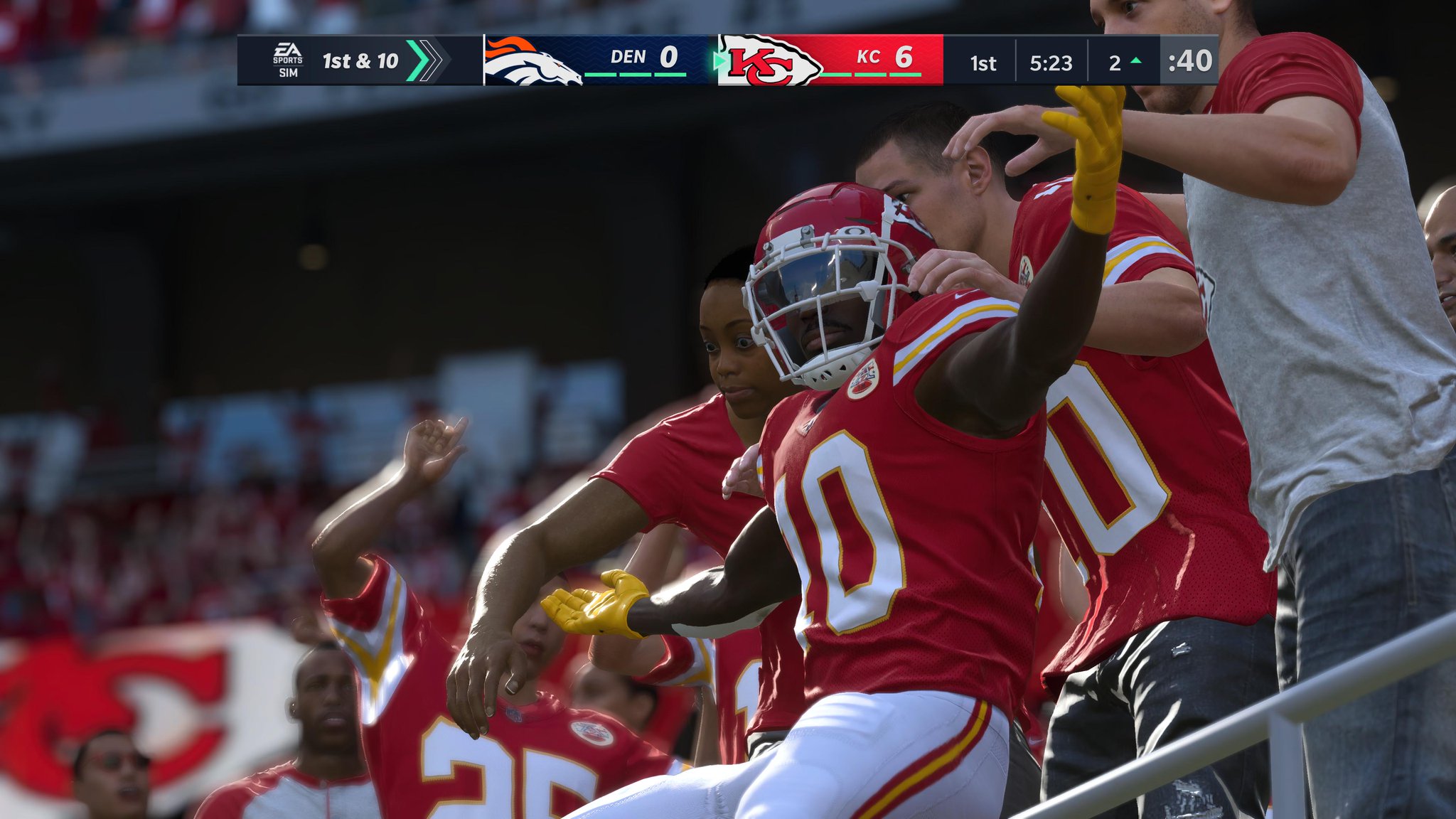 Lastly, I do want to at least mention microtransactions and how that’s used as a cudgel by folks as an explanation for why single-player sports modes will never prosper again. I have no idea what the future holds for loot boxes and all the legislation that is to come there, but regardless, single-player modes still clearly have an audience. People are still buying games to play offline or never buy a single thing after that initial purchase. Companies still need to continue to diversify their games and make sure no one thing is the sole reason why their game is purchased.

In other words, “whales” are great for these companies, but they still want as many people to buy the game to begin with in any scenario. It’s why EA Play exists, and it’s why you get free trials and all this other stuff. They want to get you into the ecosystem first and foremost, and if a single-player mode ends up being the avenue that gets you past that barrier to entry, that’s a win for a company. After all, you can’t purchase a microtransaction unless you own the game.

At the end of the day, it’s really nice to see a major company like Sony say something as bold as “single-player modes are thriving” even as we’ve all huddled around predicting the demise of these same modes for years at this point. I would understand if folks still have a hard time being optimistic about the future of single-player modes, but at least we have data now saying they’re thriving. Sports games are just one genre, and maybe their future in the single-player realm is not as bright as open-world games or RPGs. But the beauty of sports games is they incorporate elements from so many other genres, so they can piggyback off a lot of what other genres put forth.

So, maybe a single-player sports modes renaissance is not the craziest prediction to make during the weirdest of all years.

Next-Gen Racing Games - What Cross-Platform Games Stand Out Above the Rest?
OS Weekly Wrap Up, Getting You Caught Up on Sports Gaming News (Dec 6 - Dec 12, 2020)