Here’s some more info on this season’s league from the official website:

What’s in Store for Season 5?

At Psyonix, we are always looking at the entire Rocket League Esportsecosystem and what is best for our players, fans and community. We’re pleased to announce that for the first time, the RLCS format will remain unchanged from the previous season! That means more of the same great format in both the RLCS and the Rival Series, but much higher stakes… This season we are once again upping the ante with the largest prize pool in the history of Rocket League Esports! Teams from NA, EU and OCE will have a chance to compete for a $500,000 USD total prize pool for RLCS and a $50,000 USD prize pool for the Rival Series!

For the aspiring Rocketeers out there there will be four online qualifiers in NA and EU, each, for a chance to gain entry into the Rival Series. Teams will be able to compete in up to two of the four Qualifiers, with the top 128 teams earning a spot in the Rival Series Play-in. From there, the eligible teams will compete for the remaining spots in either the North American or European Rival Series for Season 5.

If you’re interested in making a run at the Rival Series, be sure to grab two friends and get ready to sign up on January 23rd! For OCE contenders, additional details on qualifiers and schedule will be announced soon. 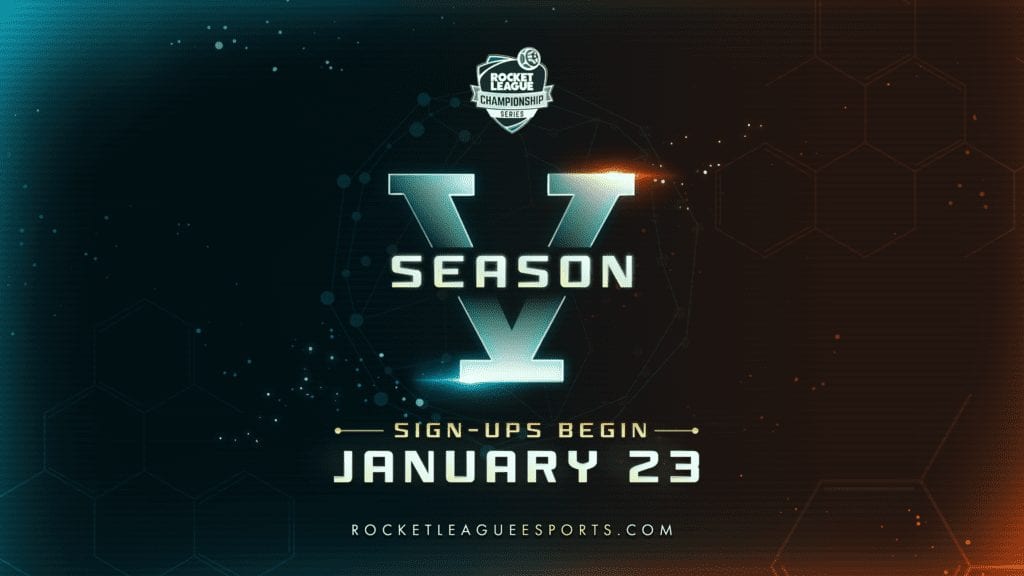 We’ll be following the action of season five and are excited to see what happens this time!