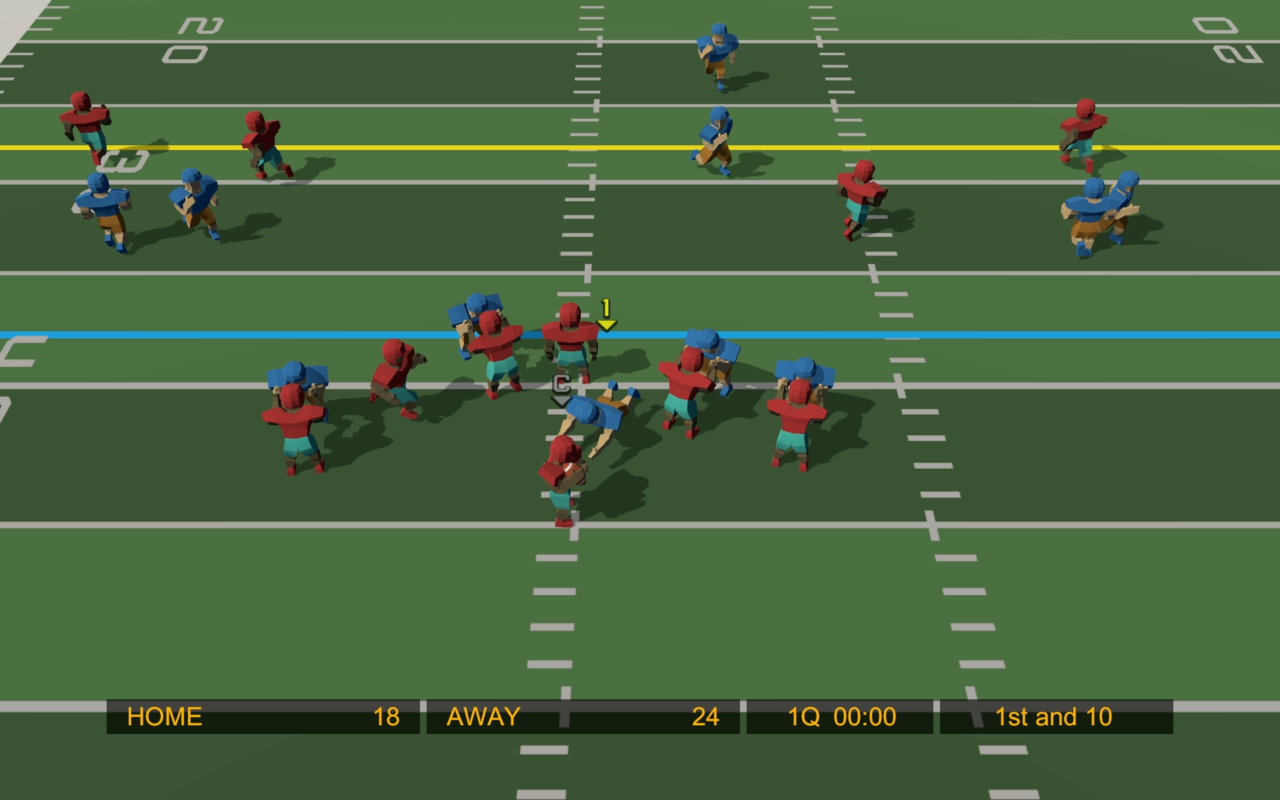 Game developer, 26k has released a prototype for Rivals, a new Indie football game for PC. Ryan Kamins, one of the developers at 26k, who is also a lighting artist at Bungie, has a goal…

My goal for Rivals is to build a game that eventually plays like the legendary football games of the 8/16 bit era, improved with some modern touches that we couldn’t yet imagine back then.

Since the prototype was released, over 2 months ago, Ryan has posted a few developer logs on defense, kicking and the most recent, diving. The game even has roster editing for names, ratings, uniform colors and more! Things seem to be progressing very nicely.

26k has been and wants to continue receiving more feedback on the game. So make sure to download it here, play a few games and post your thoughts.

It could be arriving as a closed alpha on Steam in April. Check out some of the tweets below.

Morning yall! My hope for Rivals is to create a small, gameplay-focused closed alpha on Steam in April, followed by Early Access soon after.

If you're interested in helping shape the game, def join the discord:https://t.co/apaUQRwTox

Mostly under the hood type work on Rivals the last few weeks, without much to look at… so um, hey look the players have helmets now! pic.twitter.com/d1T39KhmLz

Also have ~90% of stats tracking, with some early HUD work to show it in game.#gamedev #indiedev pic.twitter.com/hO0UuY7kjO