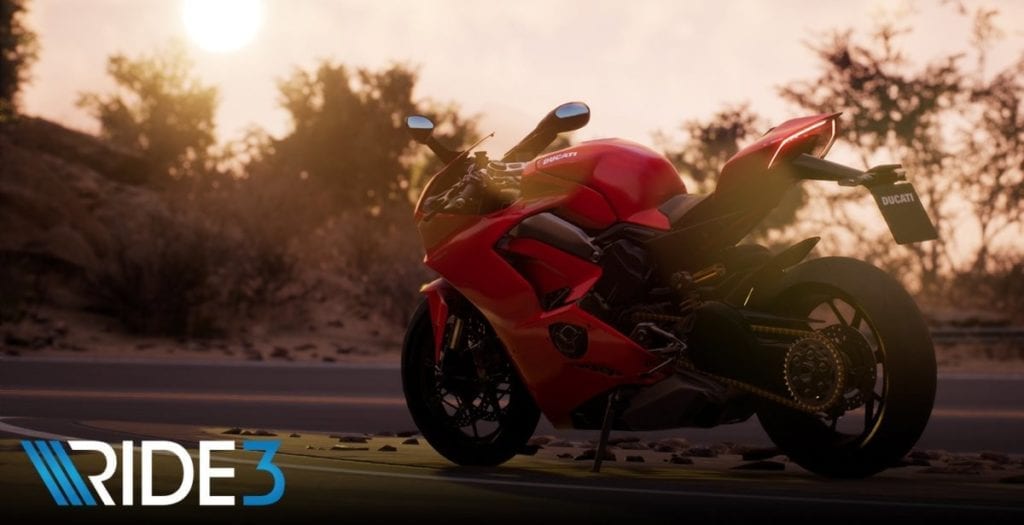 Milestone Interactive, the developer of titles such as Monster Energy Super-Cross, MXGP Pro, and MotoGP, is back with its the newest release, Ride 3. Unlike the previously mentioned titles, Ride 3 offers multiple styles and disciplines of unlicensed and non-sanctioned motorcycle racing, in hopes to appeal to a broad audience. In order to do just that, the developers look to build upon the success of its predecessor with a new graphics engine, more venues and a larger catalog of racing machines. 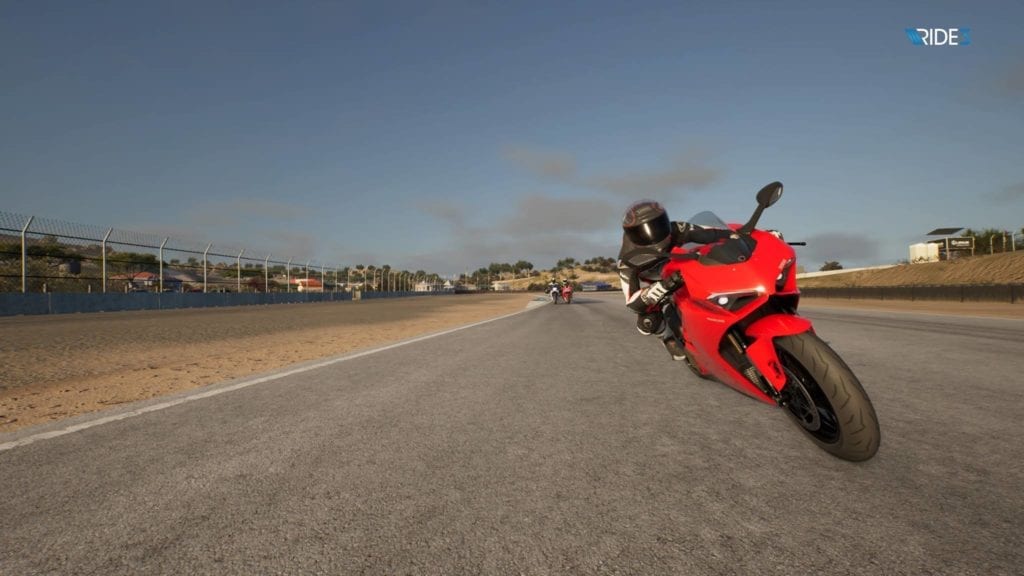 If you are familiar with the other titles in Milestone’s catalog of racing games, then you should feel right at home with Ride 3. From the moment you climb aboard your very first bike, the power and the handling will feel all too familiar — in a good way. If you are new to the series, then by all means please take the time to get accustomed to how each bike offers its own unique feel, and how each one distinctively interacts with all the venues provided in the game. While doing this can be a bit time consuming, it will ease the acclimation process and open the game on a much more enjoyable level.

As I mentioned before, the overall feel of each bike and how it interacts with each unique venue is what makes the gameplay so enjoyable. There is minimal repetitiveness in going from one track to the next, so you don’t get the feeling of each bike reacting the same. That is a testament to the developers and their efforts in creating each bike as its own entity, and not a false conglomeration of assets. In doing this, it provides the user(s) a new(ish) experience each and every time they fire up Ride 3. 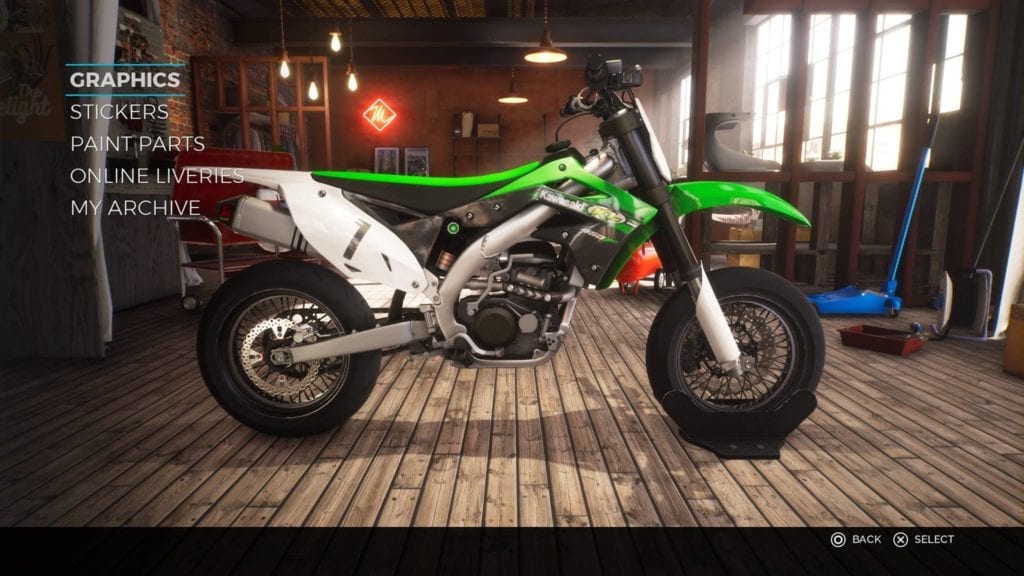 From liveries to performance modifications, Ride 3 offers users the chance to create their own in-game brand, if you will, and make your own mark for others to see. Milestone has provided users the ability to create their own bike graphics, paint their own parts, and design their own gear, all wrapped into an easy to use in-game creation suite. If creating isn’t necessarily your thing, no problem, as the game also allows you to download and apply other creations online, and apply them to your bike and gear.

On top designing your own bike, the title also provides users the ability to modify and upgrade your ride as you win and accumulate in-game currency. The system is a perfect blend of patience and reward, as it takes time to max out your ride, but in a very satisfactory way. So if your favorite bike is not ready to hit the podium quite yet, keep grinding away, and soon it will be. What I love about the upgrade system is that it rewards you in multiple ways for simply just playing the game as you see fit, which is all we can ask for in the day and age of loot boxes and real-life currency dependency. 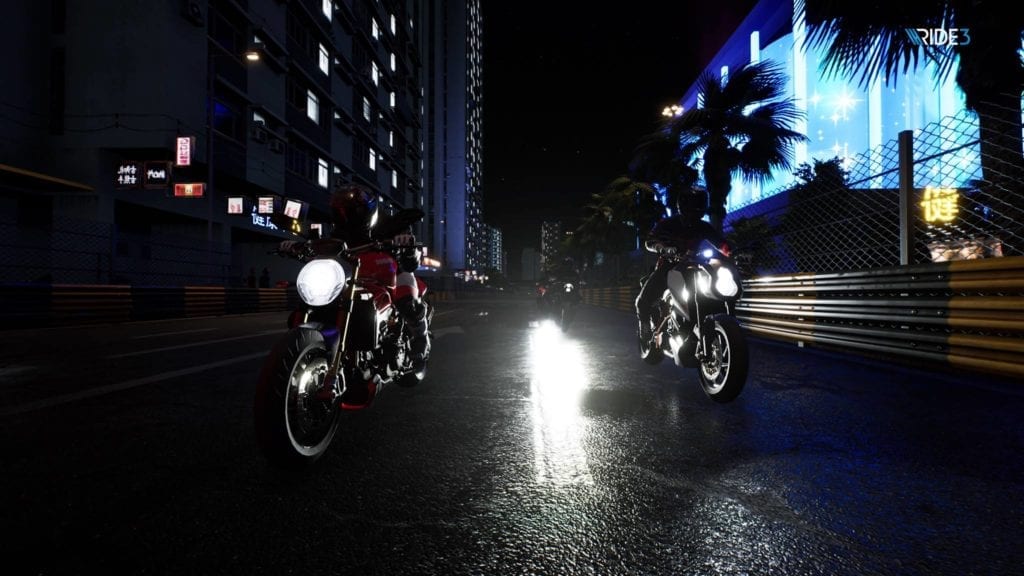 Milestone promoted its new graphics engine as a selling point for Ride 3, and rightfully so. While it still trails behind some other racing titles in terms of graphical fidelity, the upgrade is a welcomed one. Before the change, Milestone titles often were a mixture of “muddy” textures and inconsistent rendering, but with the switch to the Unreal 4 engine, things have become much clearer and visually appealing. The switch also allowed the group at Milestone to properly implement night racing into the Ride series for the first time ever, and without overdoing it, racing at night in Ride 3 is, at times, beautifully stunning.

As for the in-game sound, when speeding down the drag-strip or straightaway of any given venue, the engine and environmental interaction sounds coincide with the sense of speed at an almost poetic rhythm. The back engine roar and backfires sound amazing through the Sony Platinum headphones, and while I would have liked a bit more inconsistency from the engine, overall the sounds of the bikes and environments are solid. 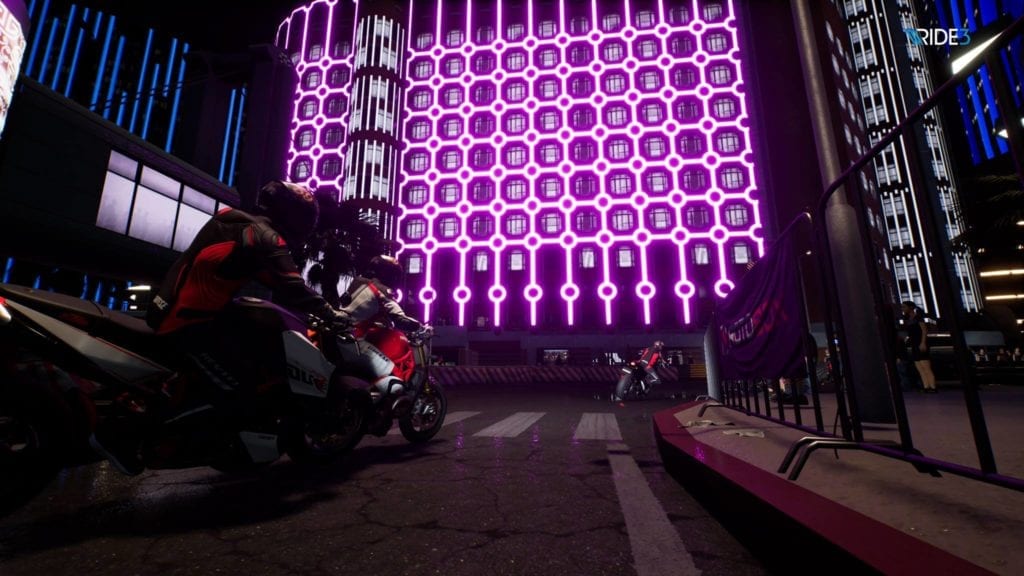 With an open-style game such as Ride 3, having a solid career mode is almost a necessity to add depth to the title, and thankfully Milestone delivers on that front. Your career will start at the bottom on a ladder-type system that allows you to choose what discipline or style of racing you prefer. Once chosen, it will send you down a non-linear path in which you will race, compete, upgrade, and move onward and upward. You can race each race as often as you would like, and will find yourself doing just that after an important upgrade or modification. Even on the easiest of difficulty levels, the AI will compete and force you to learn each bike and venue, which I love.

The career mode in Ride 3 is flexible and somewhat forgiving to a degree, and that is what opens the mode up, and creates a deep and rewarding experience that will have the user coming back for more. So whether your love is two-stroke, supersport, supermoto, or anything in between, Ride 3‘s career mode has you covered and does so in a way that provides a strong combination of depth, challenge and fun — all customizable to fit your changing skill set. 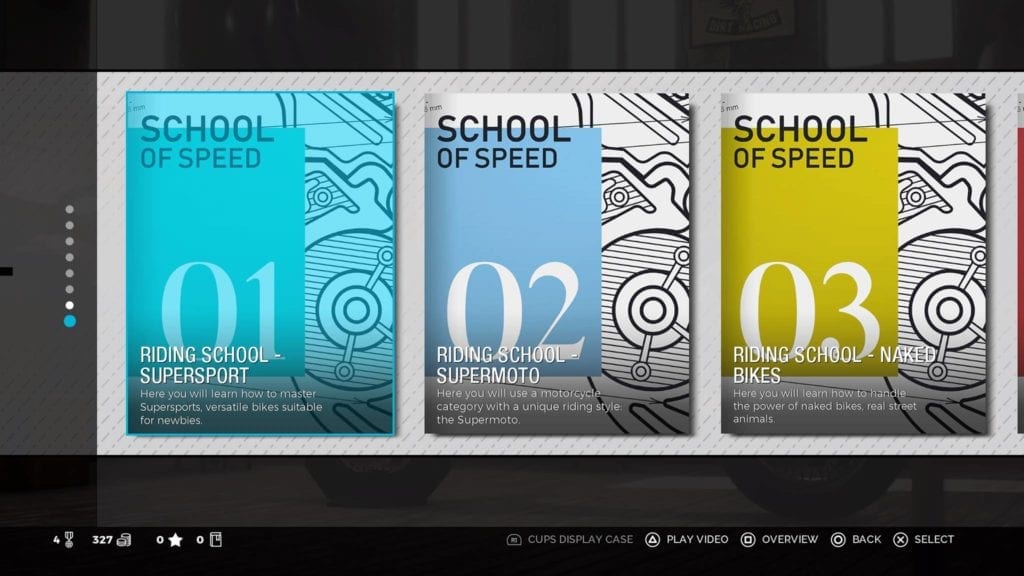 As much as there is to love about Ride 3, loading times are not one of them. In fact, they will have many getting frustrated at the long periods of waiting while going from one mode to the next. I am not sure if load times are something they can address in a patch at all, but if not, understand now that the load times will become an issue often during the game, and that’s a shame.

As much as the loading times in Ride 3 bother me — and trust me, they do — the lack of rider customization is equally as bad. This has been a long-standing issue with Milestone, and while there have been many complaints about it, it seems to be at the bottom of importance in things to correct or modify. Players will find five heads, five haircuts and six beards to choose from to create their driver. I understand that when racing, a player has a helmet on and one’s body and face are rarely seen, but it is almost 2019, and a strong player creation suite is a must.

Milestone has taken as big a step with Ride 3 as they did with Ride 2, and that is saying something. Motorcycle racing isn’t huge in the states, I get it, but if you have any interest in racing or motorcycle culture as a whole, then Ride 3 should find a spot in your rotation. The game is created in a way that just makes sense in terms of direction, fun and depth. And if you have enjoyed any of the previous titles from Milestone, then Ride 3 will not disappoint.