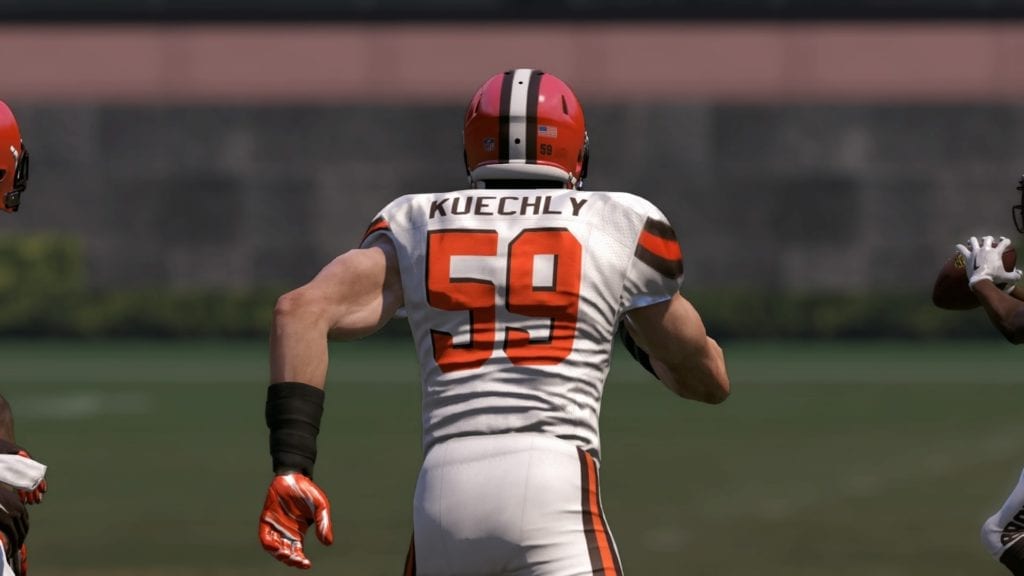 It’s an exciting time for sports in Cleveland these days. The Cavaliers succeeded in finally bringing a championship to the city, and the Indians nearly managed to follow up that feat with another one in baseball. But there’s still one team in the city that continues to be an emblem for futility and an inspiration to raging dumpster fires everywhere. Of course, I’m talking about the Browns.

With the Browns currently sitting at 0-10 and on a very real path to a winless campaign, plenty of people are pondering how to possibly salvage this mess and return the franchise to a greatness it’s never really achieved. But unlike them, I’m not interested in proposing some tangible path to making this happen, but instead looking at what could have been done before all this even happened to make the 2016 Browns a better squad.

The most obvious reason the Browns currently find themselves in the predicament they’re now in is because they have whiffed on so many draft picks in recent years. So in the interests of altering history, I’ve decided to go back to the future (and the past) to determine how the team might fare in a simulated 2016 if they had made some better picks along the way. Some rules for this experiment:

-Only first-round picks will be considered. Since the most impact is typically made by first-round selections, and it would be too much to expect the Browns to have an ideal draft across the board, we will look at only their highest-profile misses.

-Selections will only be replaced at the spot the Browns actually drafted, meaning any trading up or down the Browns did prior to making their pick will remain intact.

-In most cases, we will assume that the player drafted by the Browns in real life will instead be drafted by the team from which we’re removing the superior player. This will keep things simpler and not require too much alteration of the entire draft. However, we will add replacement-level players at positions as required to fill holes left from removing players from teams.

Okay, ready to rewrite history and see how the 2016 Browns would have done in these scenarios? Let’s do this.

With so little time yet to assess how the Browns fared in trading down to draft Corey Coleman at 15, we’ll leave this pick intact and assume that drafting anyone else at this spot would have little to no impact on their fate this year. Moving on then…

Adding the combo of Peters and Jones to the secondary appeared to do little to help the woeful Browns in 2016. Though they managed to finish with 6 wins, they still ended up last in the division and had the worst defense by yardage against in the NFL. It will clearly take more than these two players to change their fate in 2016.

Dalton improbably led the Bengals to a perfect 16-0 record in the regular season but then lost to the Steelers 33-14 in divisional playoff round. Typical playoff Bengals, even in the rewritten 2016.

Righting the wrong of drafting Johnny Football instead of Bridgewater and adding disruptive force of nature Aaron Donald to anchor the defensive line still yielded disappointing results. Donald played in only 12 games due to injury and the team finished in the bottom quarter of the league in both offense and defense. The 2016 Cleveland Browns stayed losing.

With pick 6, the Browns select WR DeAndre Hopkins instead of LB Barkevious Mingo

With Bridgewater battling injuries all year, Josh McCown stepped up and perhaps outperformed him in relief, leading the offense to an improved yet still mediocre showing. Somehow, Hopkins played second fiddle to a healthy and sober Josh Gordon, and Donald had fewer sacks than he did in 12 games last time he played in 2016. This all added up to another losing season, with little comfort taken from not finishing last in the division. It’s all even worse considering that Bortles and the Jaguars somehow managed to have such a great year, narrowly losing to the Packers in the Super Bowl. For the Browns, the curse lived on.

The good news: the Browns finally make the playoffs! The bad news: they only finished 8-8, lost in the Wild Card round to a Titans team that tied twice(!) during the season, and managed to finish last in yards against despite having a heavily revamped defense. Still, Bridgewater and Martin made for a formidable duo, Hopkins was his usual self this time around and Kuechly was predictably a beast. Too bad the Panthers somehow managed to win a Super Bowl even without drafting him. Let’s give this one more try.

With pick 21, the Browns select DE Cam Jordan instead of DT Phil Taylor

Finally able to achieve a winning record, it still wasn’t enough for the Browns to claim the division and the team bowed out in the Wild Card game to the Jaguars, of all teams. But it would be hard to not look at the season as a success, especially compared to the current real-life version of the Browns, with all of the Browns’ superior draft picks contributing in a significant way that you would expect.

Even altering the five drafts from 2011-2015 and replacing the Browns’ lackluster picks with (arguably) the best picks available, we still couldn’t propel the Browns to the Super Bowl. However, at least it got them to the playoffs and showed how good the Browns could be if they had managed to draft better along the way. Who knows? If we went back another five years doing the same experiment, perhaps they’d get the chance to hoist that elusive Lombardi Trophy once and for all.