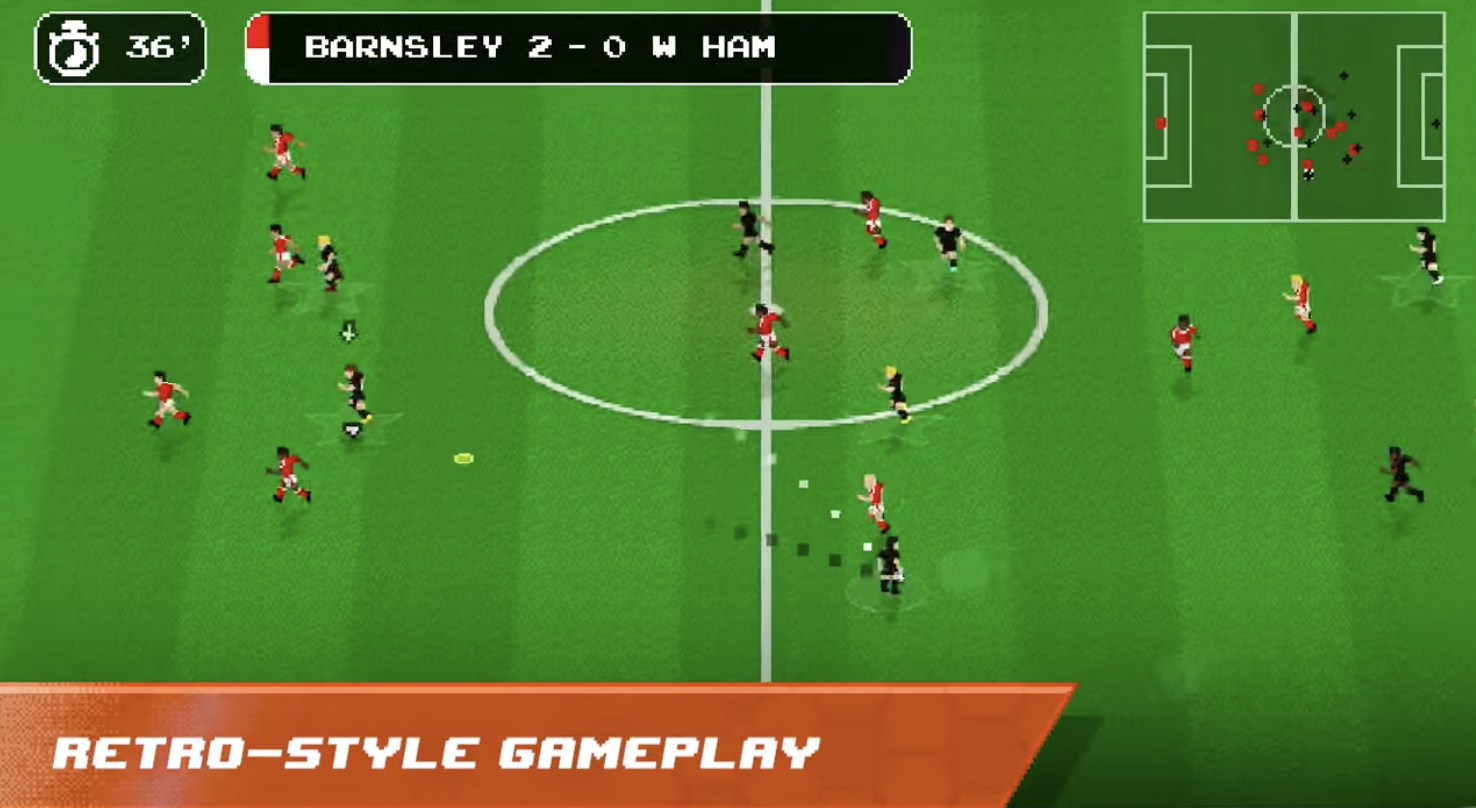 New Star Games is releasing Retro Goal on June 24 for iOS devices. The game will feature a mix of arcade soccer and simple team management, from the same team that brought us our favorite mobile football game, Retro Bowl.

Tiki Taka, Heavy Metal or Total? Retro Goal allows you to play it your way. From the Hollywood pass to the hospital ball, an absolute worldie or simple tap-in, will your game day skills match your managerial knowhow? Are you a great man manager or will you lose the dressing room? And most importantly will that new striker you’ve just signed be able to perform on a cold, wet, night in Stoke?

With graphics inspired by the most beloved football games of the 16-bit era and the accuracy of modern touchscreen controls, you’ll be slotting away goal after goal with pixel-perfect precision. Choose a team from the world’s favourite leagues and recruit the superstars, professionals and hotheads who will lead you to victory – then take full control on the pitch and make every touch count!

The developers answered some questions from the community on Twitter. We’ve listed some of those details below, but make sure to follow them here.