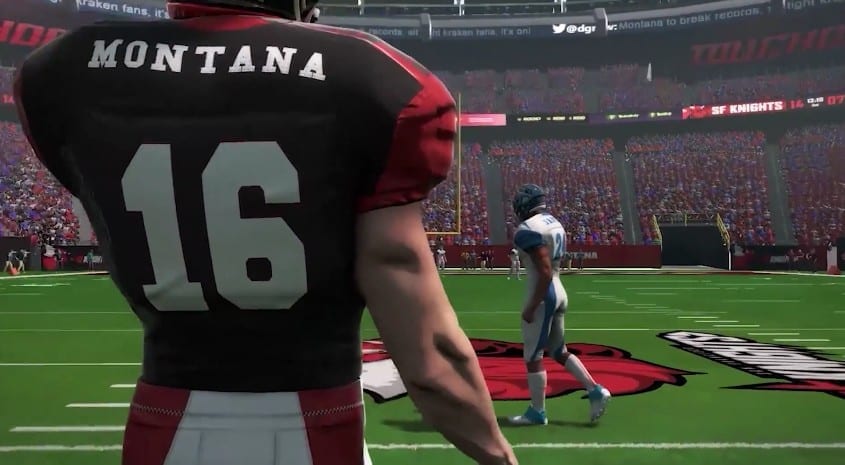 The saga of Joe Montana Football is always up for weird twists and turns, and at this point its possible no one is even listening.

Almost non-chalantly in a recent interview with Twitter Sports, Joe Montana himself talked about his company Superstar Games and their recent project called Montana 17 which is “an all passing VR game for football.”

This, of course is a major departure from the company’s previous claims of a simulation football experience and even a mobile-only title with that same goal in mind. The VR experience of course can be on mobile devices — but it seems that plans have changed at least a few times for the title and the development time has been much longer than anticipated.

It remains to be seen if Superstar Games even actually gets a product to market at this point. Currently the game is a great case study in how to create a ton of hype posting an anonymous message on a message board full of sim-heads and then failing to capture on that buzz by having a supremely underwhelming reveal. It’s a fascinating point of history in OS Annals as well.

In the strange sordid tale of Joe Montana Football, it seems the twists aren’t quite over yet.