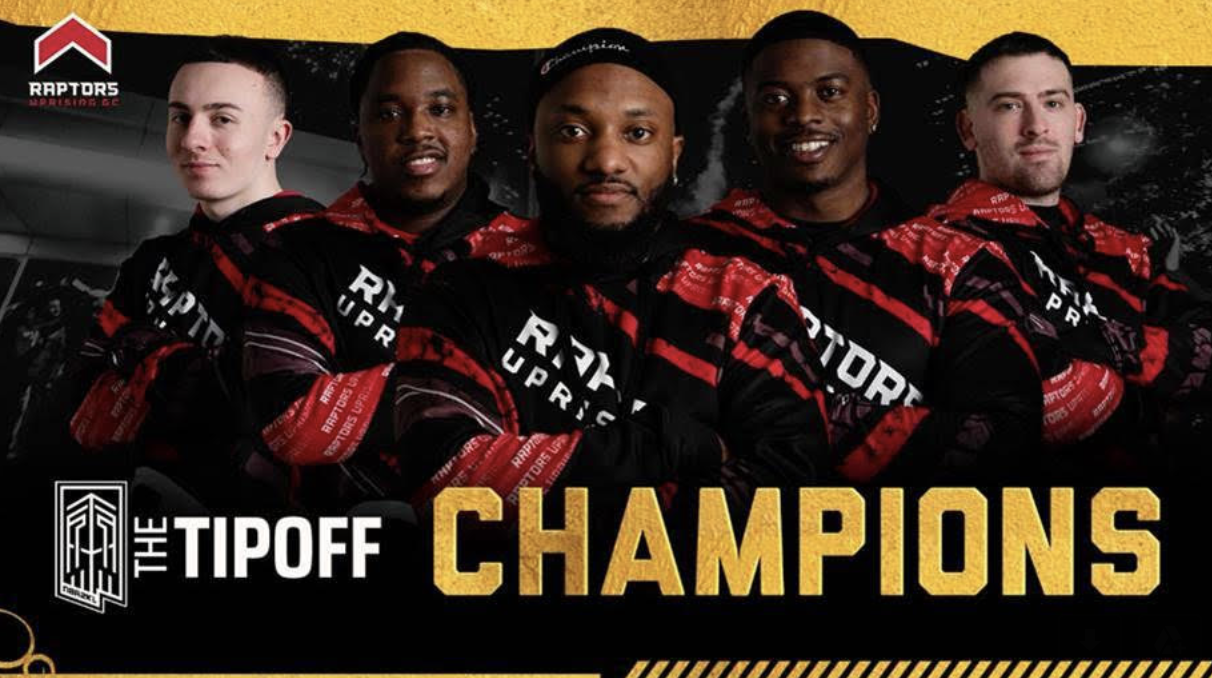 The first-ever draft pick of Raptors Uprising GC, Kenneth “Kenny Got Work” Hailey, was named the tournament MVP, averaging 28 points and 9.5 assists per game. In total Kenny had 364 points, 102 assists and 46 successful three-pointers made in 11 games throughout the tournament.

In light of the global pandemic, THE TIPOFF took place remotely, with all 23 participating teams playing from their respective local markets. All five RUGC players that featured in THE TIPOFF competed from the team’s residence and state-of-the-art training facility known as the Bell Fibe House, located in Toronto. Upon winning 10 of the team’s 11 games in THE TIPOFF, Raptors Uprising take home $70,000 USD in prize money, with losing finalist Kings Guard Gaming receiving $50,000 USD while Gen.G Tigers and Jazz Gaming each receive $20,000 USD after finishing third and fourth in the tournament. Raptors Uprising will also receive THE TIPOFF championship plaque, one of three plaques awarded to the three in-season tournament champions that altogether form THE BANNER CHAIN powered by AT&T.