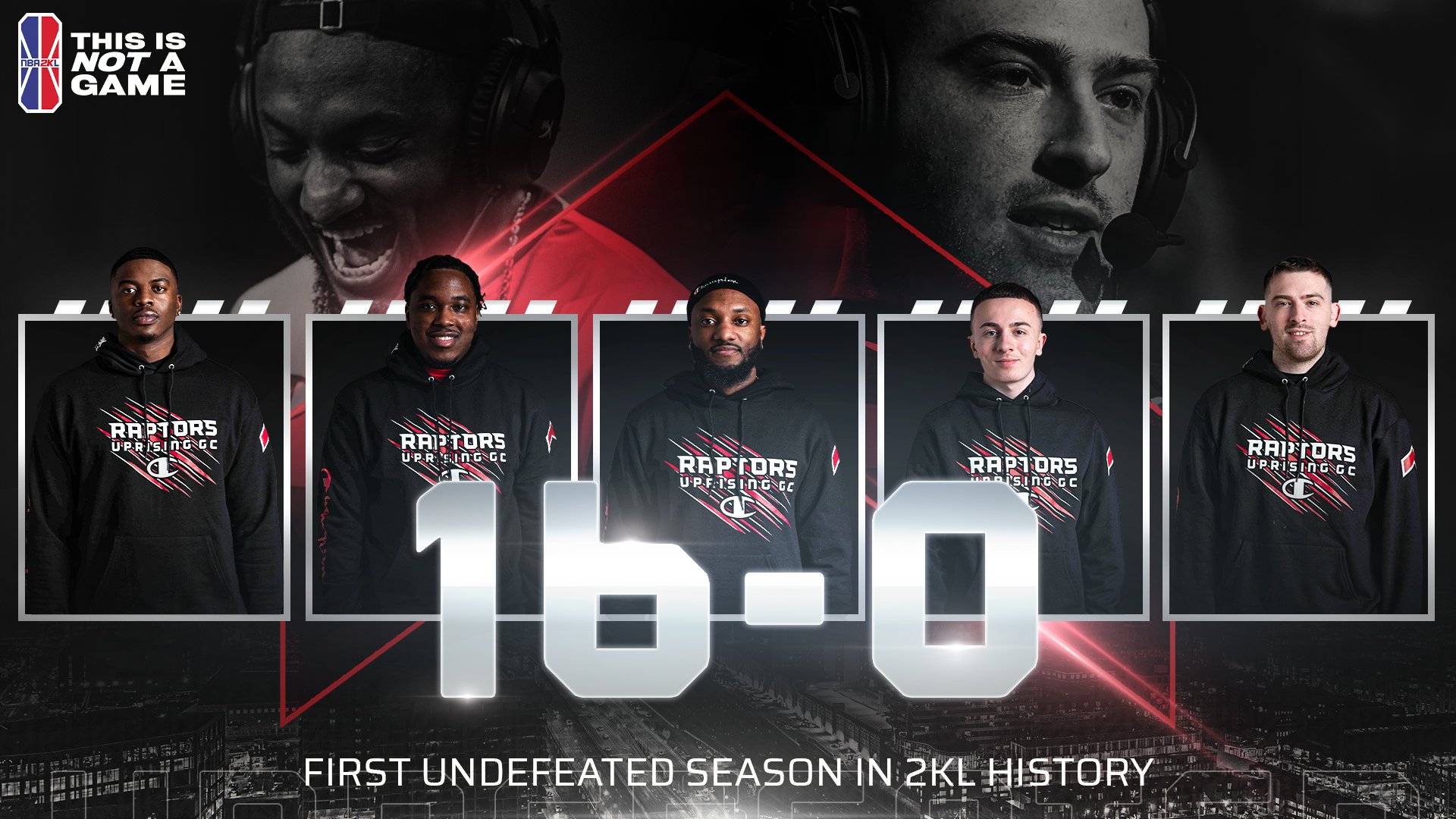 “Congratulations to Raptors Uprising GC on their historic 2020 regular season. Not only are they the first NBA 2K League team to finish the regular season an undefeated 16-0, but they also won the first two tournaments of the season – THE TIPOFF and THE TURN powered by AT&T – and have their sights set on a championship,” said NBA 2K League Managing Director Brendan Donohue. “Their season is a testament to an amazing Maple Leaf Sports & Entertainment (MLSE) organization that is committed to building a winning culture on the court and in the community.”

Raptors Uprising went undefeated through 27 matchups in all competitions, winning the two in-season tournaments along the way: THE TIPOFF and THE TURN powered by AT&T. In doing so, they became the first team in the league’s three-year history to capture the first two tournaments of the season, taking home USD $192,000 in prize money for their efforts.

The job isn’t finished. Following their undefeated regular season run, Raptors Uprising enter the 2020 NBA 2K League Playoffs as the No. 1 seed and earn a bye into the quarter-finals where they will face the winner of Hornets Venom GT (9-7) and NetsGC (8-8).