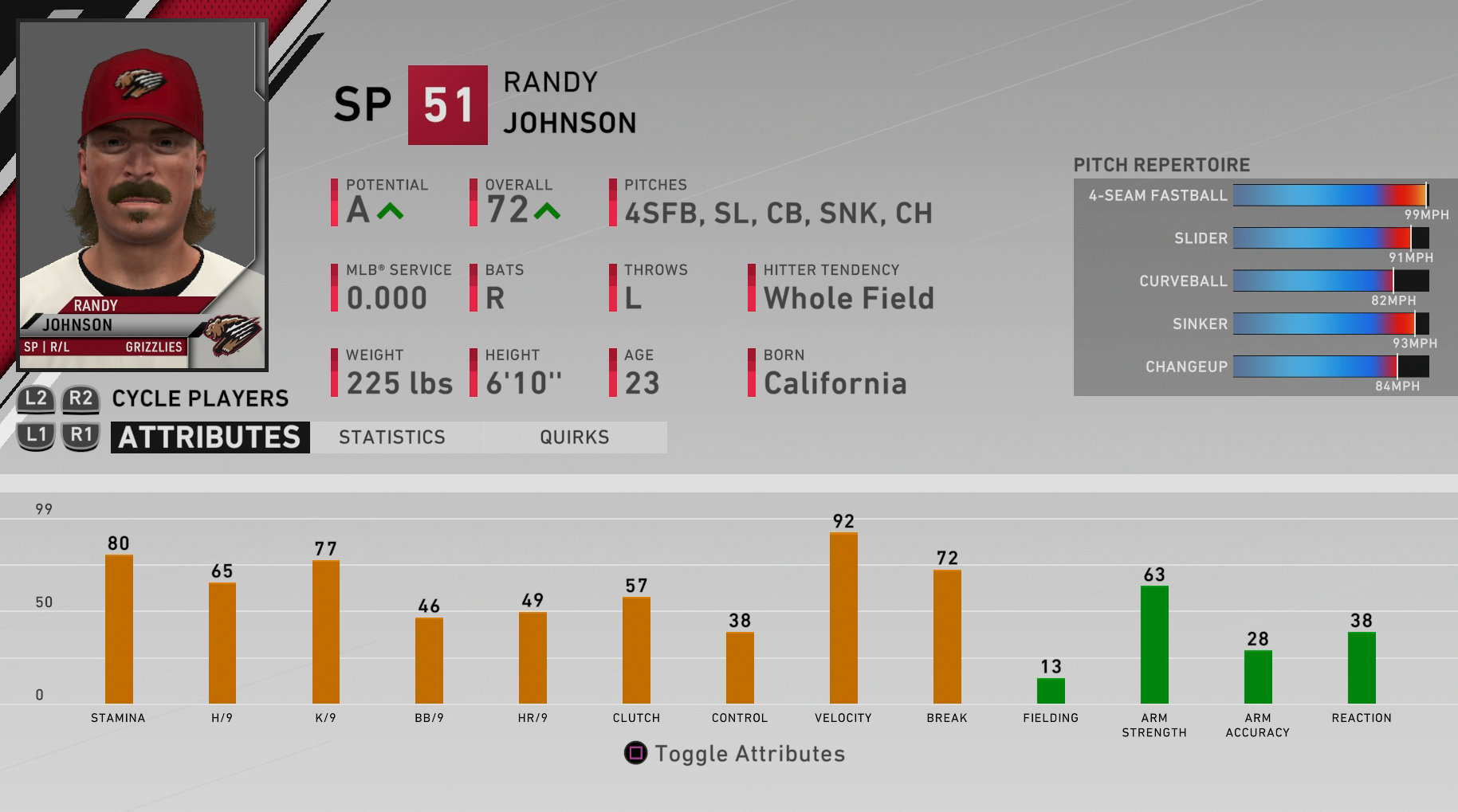 I love when video games and real sports get these mashups, and this latest one comes from Reddit user MarinersHQ. It cuts between real MLB footage from Randy Johnson’s perfect game in 2004 against the Atlanta Braves and footage captured in MLB The Show 20.

Randy Johnson’s Perfect game from 2004, recreated on the show (Mashup with original and MLB the show footage) from r/MLBTheShow

Randy Johnson was 40 years old when he pulled off this accomplishment. He would end the season with 245 IP and an insane 2.30 FIP en route to getting second in Cy Young voting. He would continue to pitch until he was 45 years old.

At this point, he’s one of the most requested players people would love to have in The Show. There are plenty of custom rosters featuring The Big Unit, but it would certainly be a huge get if SDS ever officially gets Johnson back in the game.